It’s not often that one thinks of ‘Instagram museums’ or immersive exhibitions as having a strong educational focus, but with CulturedGen’s Operatic Identities, the experiment in form has yielded success in making Beijing Opera ‘cool’ and intriguing. 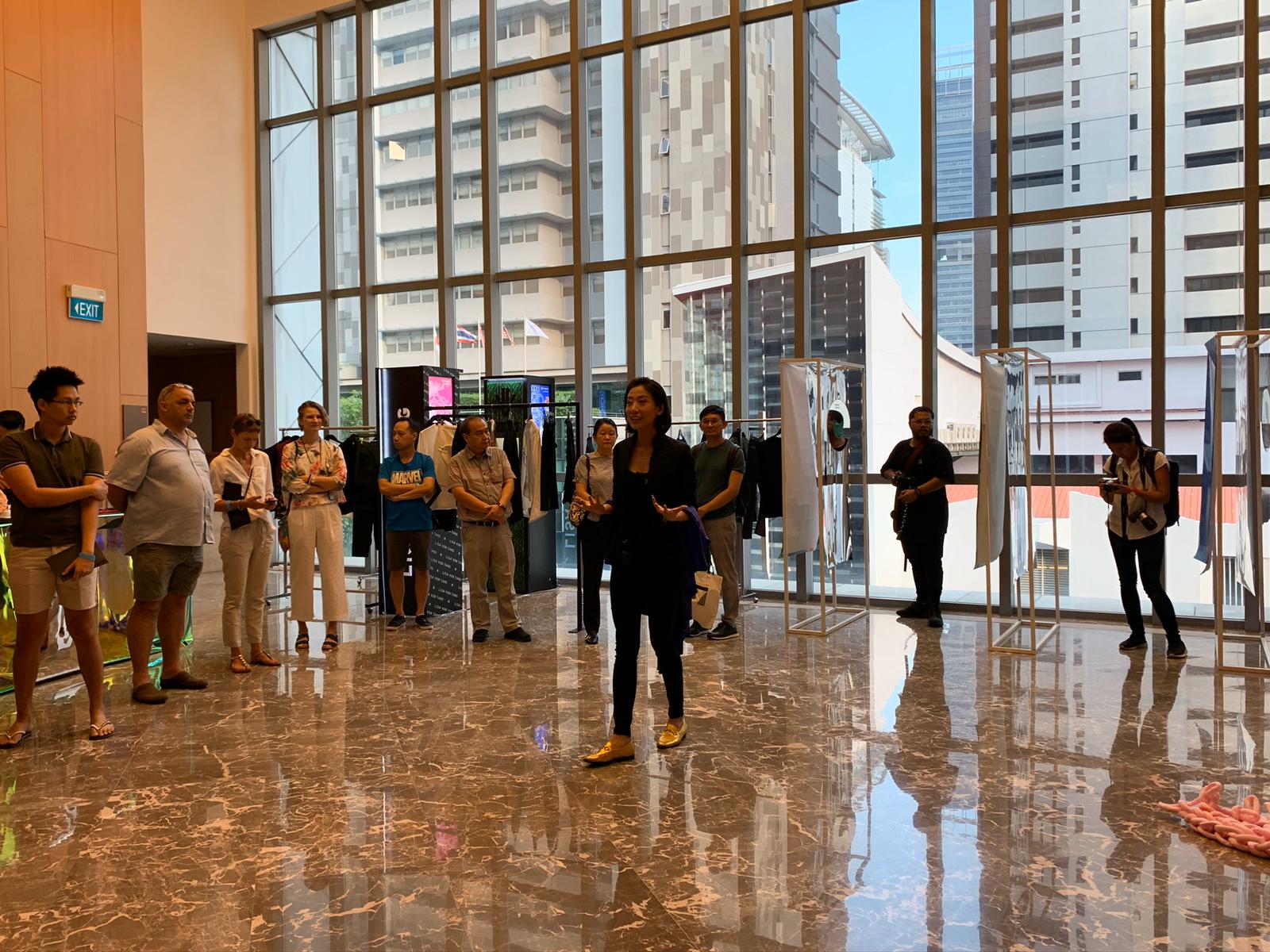 Conceptualised by Summer Song as inspired by her mother, a Beijing Opera performer and educator in Singapore, the idea behind Operatic Identities stemmed from the misconception from modern audiences that watching a Chinese Opera performance could be incredibly daunting. 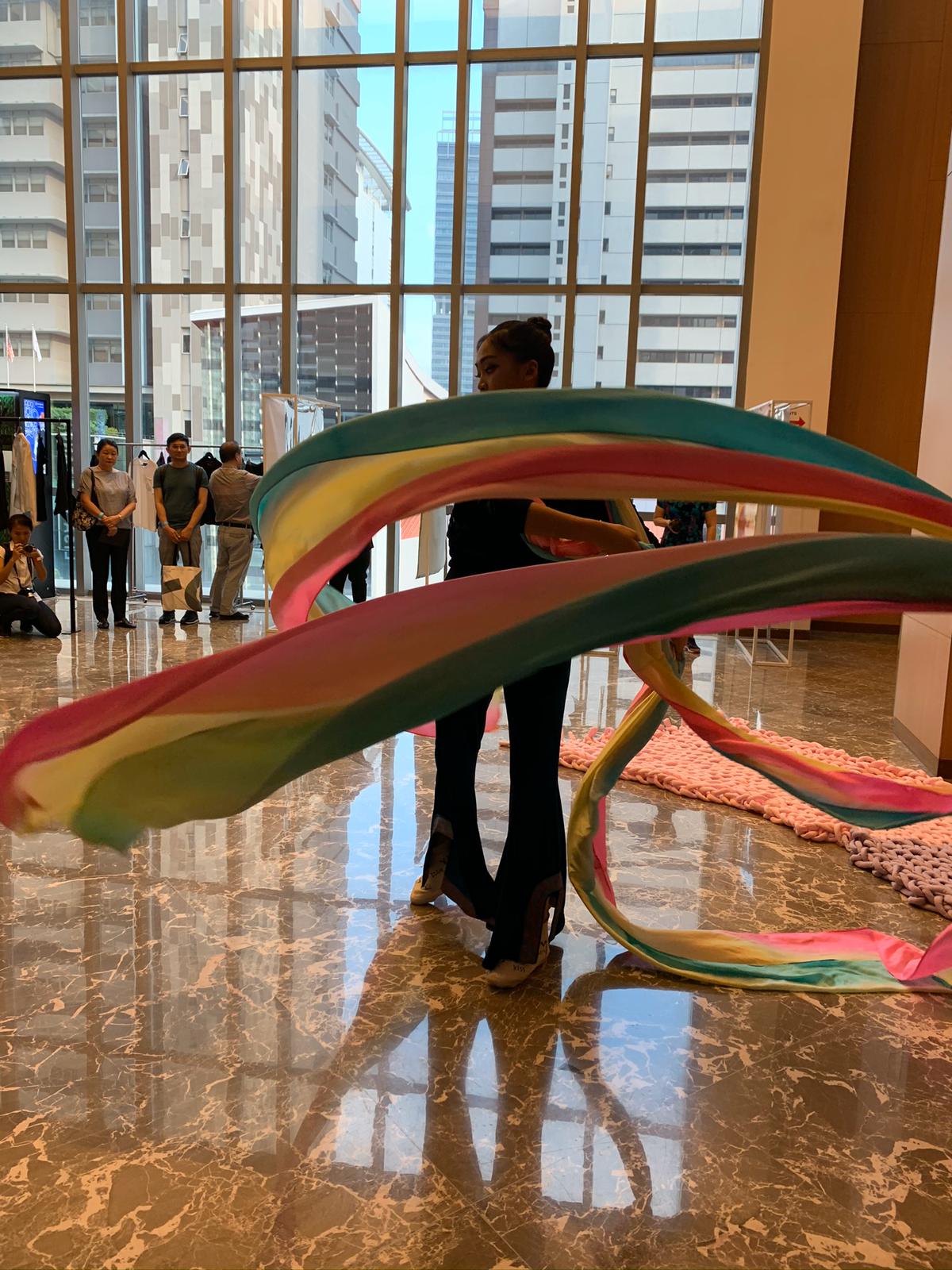 In part, this was due to the unfamiliarity with the language employed and quite simply, because few people are actually educated in the intricacies or significance of the performance style to appreciate it. 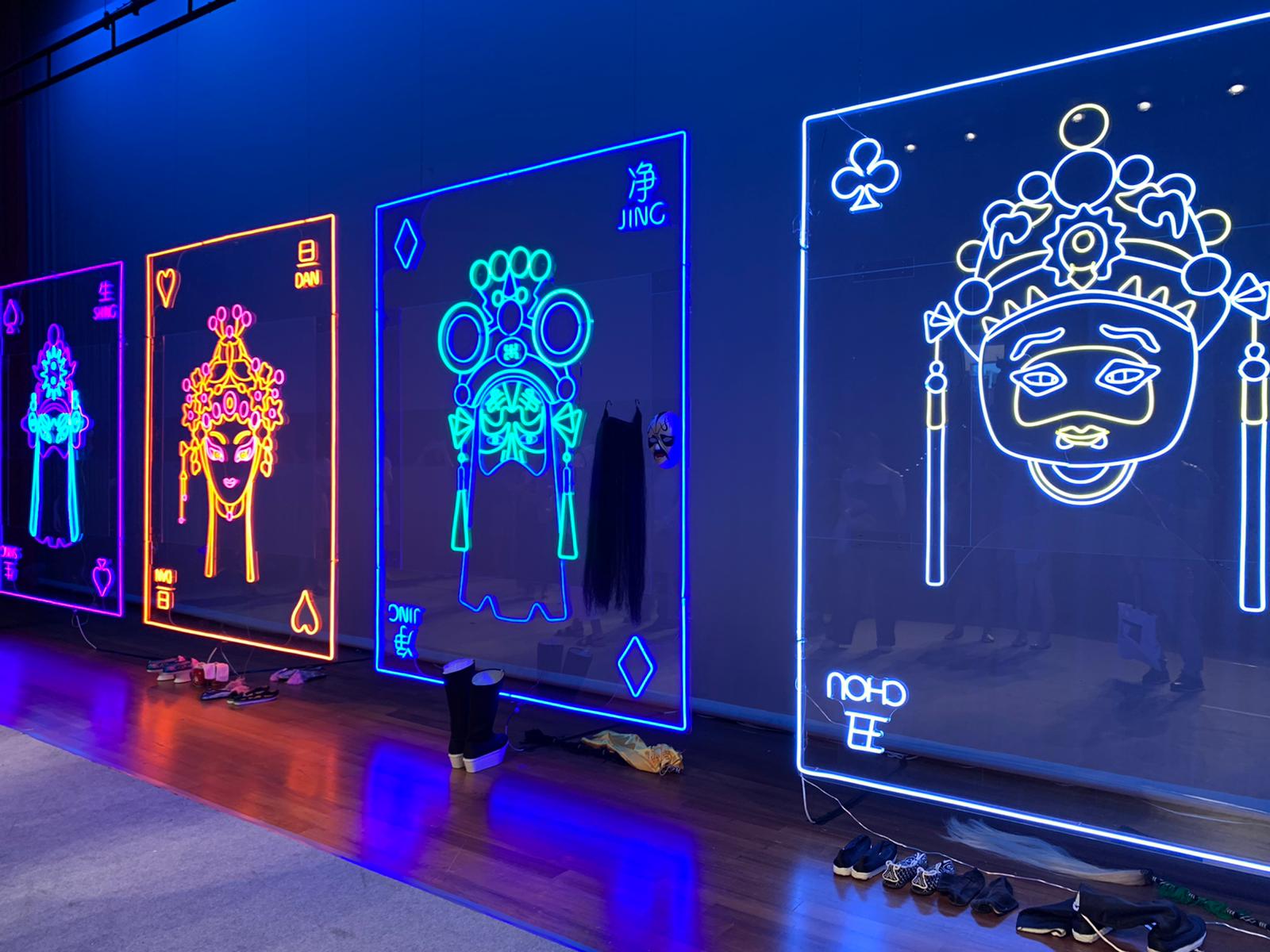 With Operatic Identities, the approach to bridging this knowledge gap between performer and audience then is about simplification, and to act as an introduction to the form and characters by immersing audiences into the world of Chinese Opera. 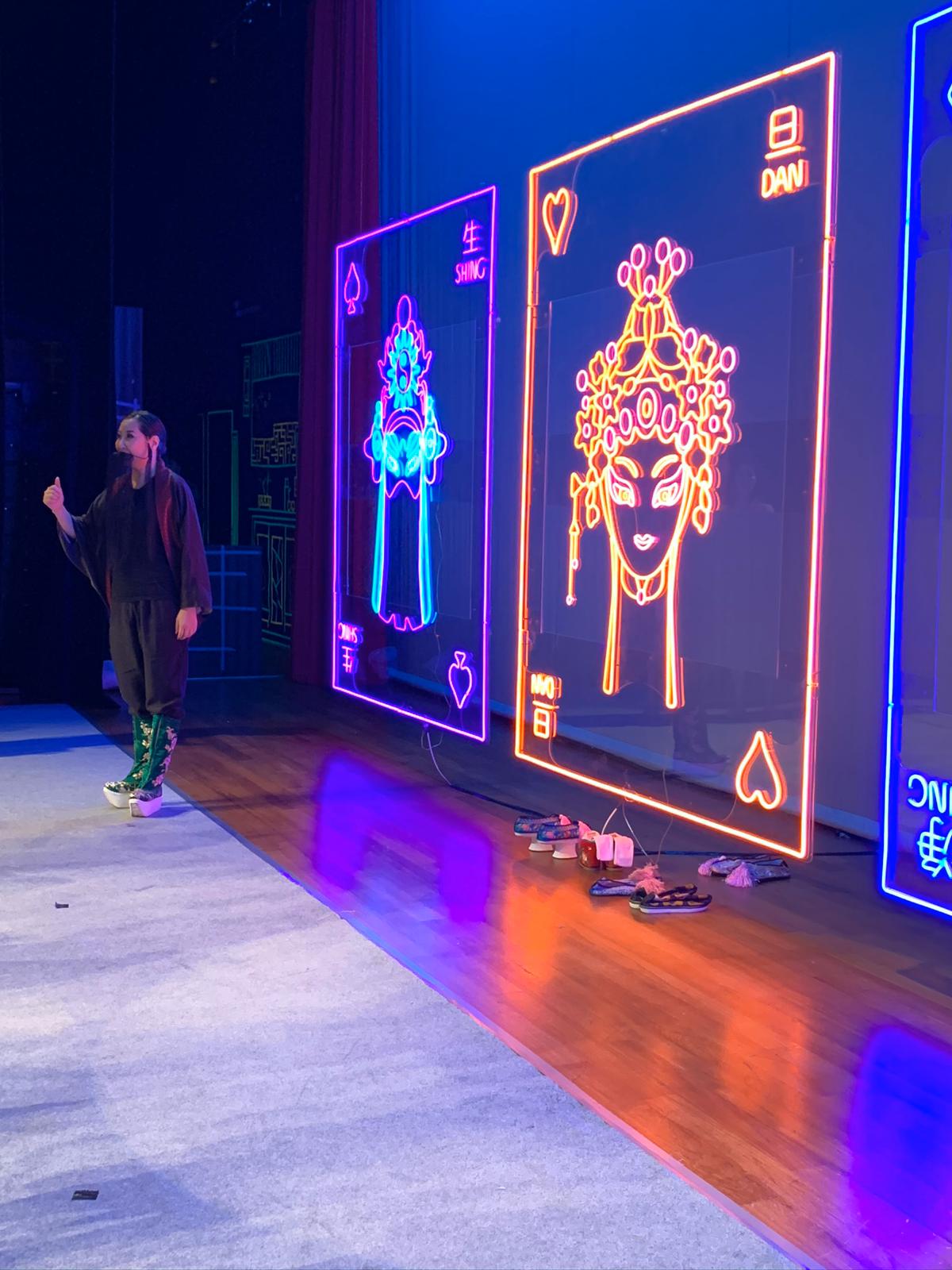 Running at the China Cultural Centre for one weekend, a session of Operatic Identities begins with a video that established what the team at CulturedGen hoped to achieve with this project – to showcase the ‘identities’ (or roles) of Chinese Opera and to share what opera is about, subverting the idea that it was boring or unrelatable. Heading up the building and led through a door, we found ourselves in a Chinese Opera ‘haven’ backstage – an intimate, tea room-like space to relax, before the performance itself. 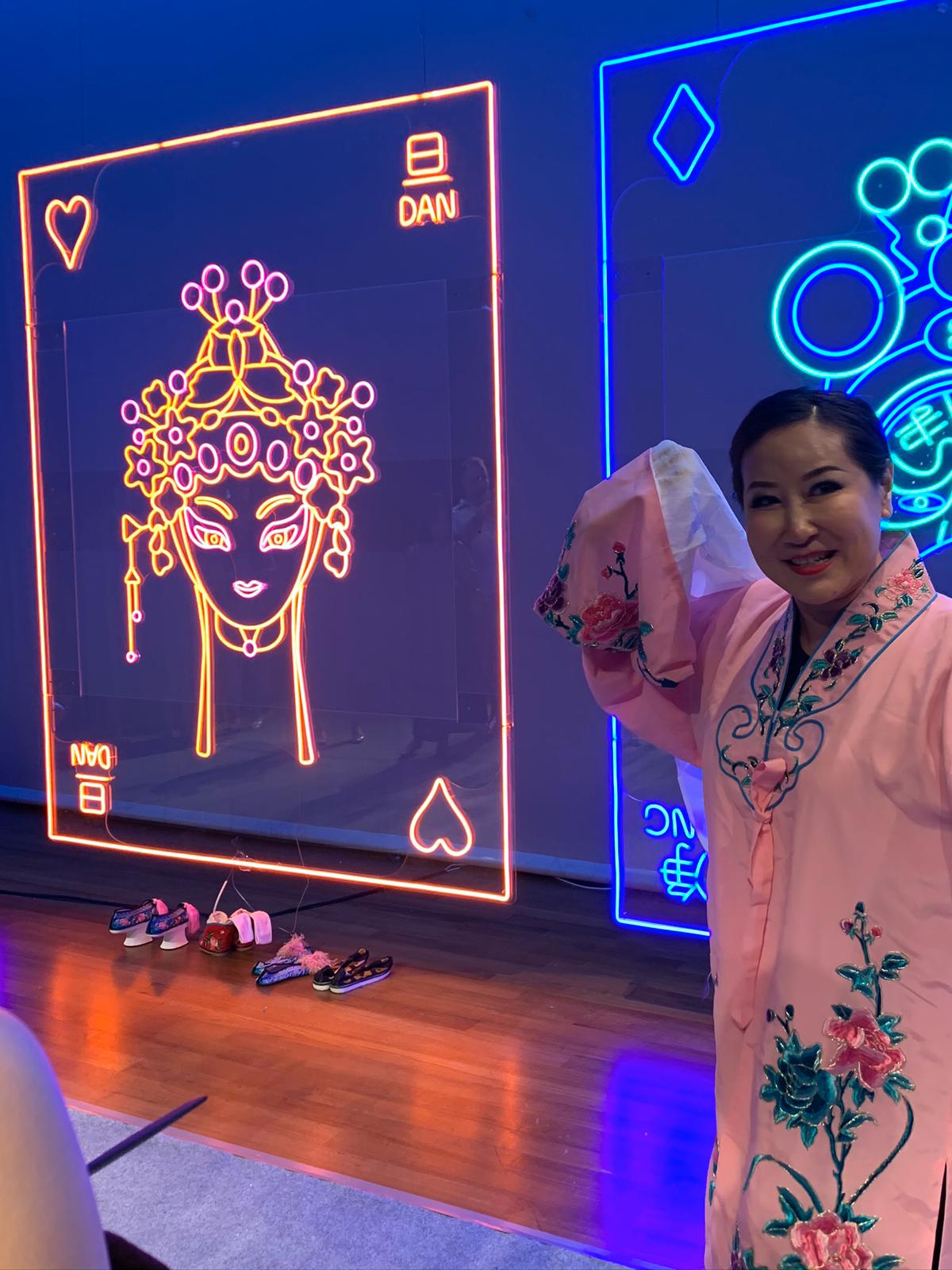 Led to the mainstage, we were then introduced to the four character archetypes of a typical Beijing Opera via performances – Sheng (male), Dan (female), Jing (painted face), and Chou (male clown).

Each of these were represented by the most iconic roles from Chinese Opera history, such as Zhe Geliang for the Sheng role, and legendary heroine Mu Guiying for the Dan role.

With images of each role resembling playing card faces in neon lights, the way the roles were introduced to audiences was easy to understand, achieving that CulturedGen had set out to do. 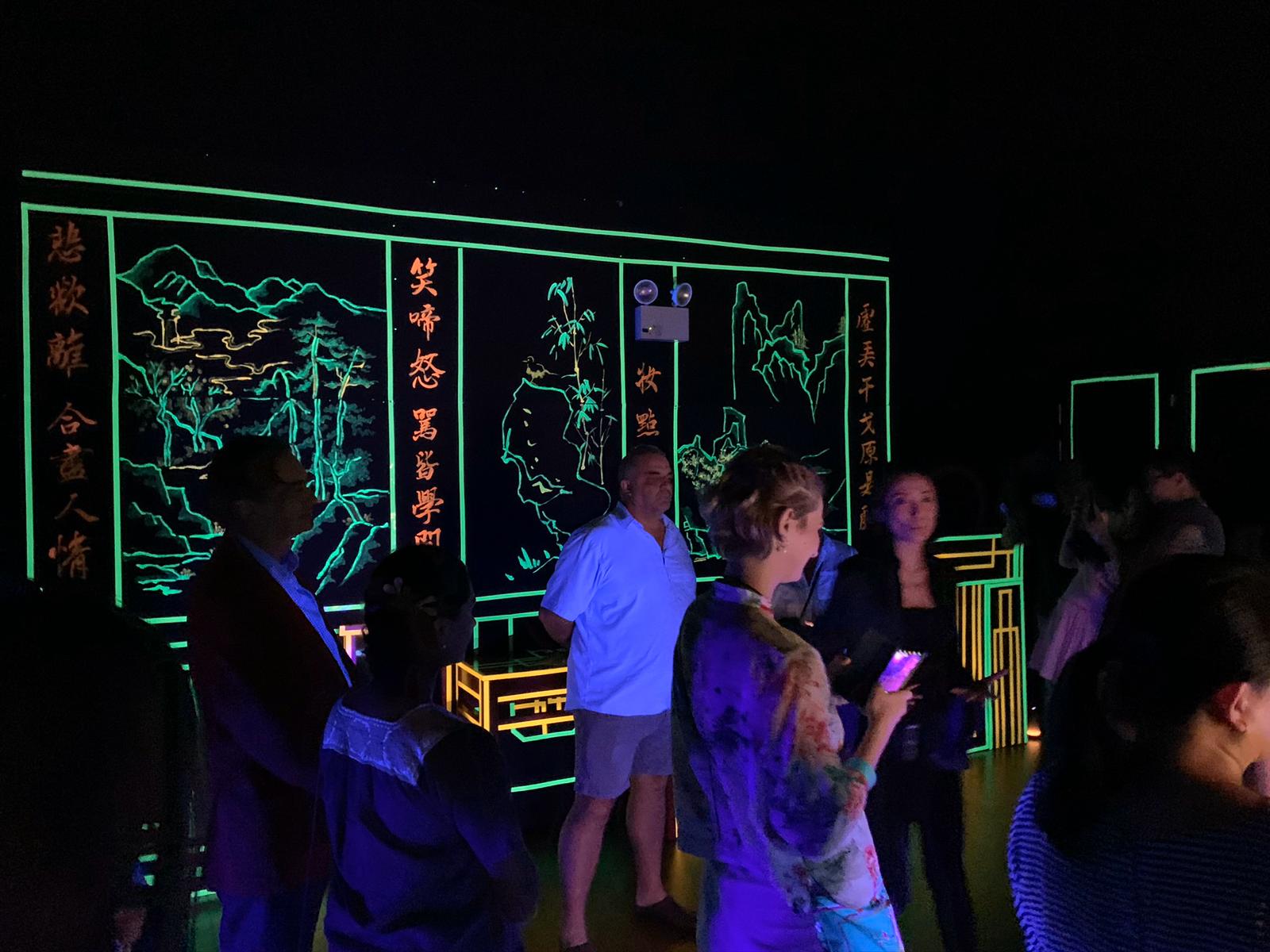 Not to mention, Operatic Identities also included an F&B element as well, with collaborations with Putien and mixologists to create specially concocted dishes and cocktails for the programme. 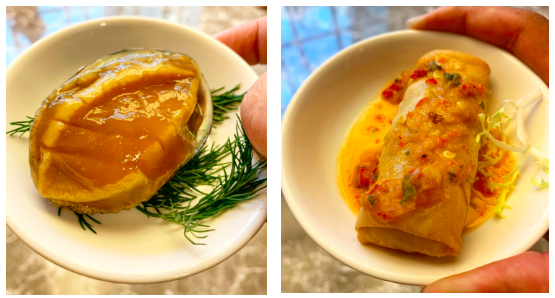 The drinks in particular, comprised of four ‘tasters’ to represent the four Chinese Opera roles, each cup specially crafted for the individual drink, and representative of how much commitment there’s been on CulturedGen’s part to ensure the experience was a good one. 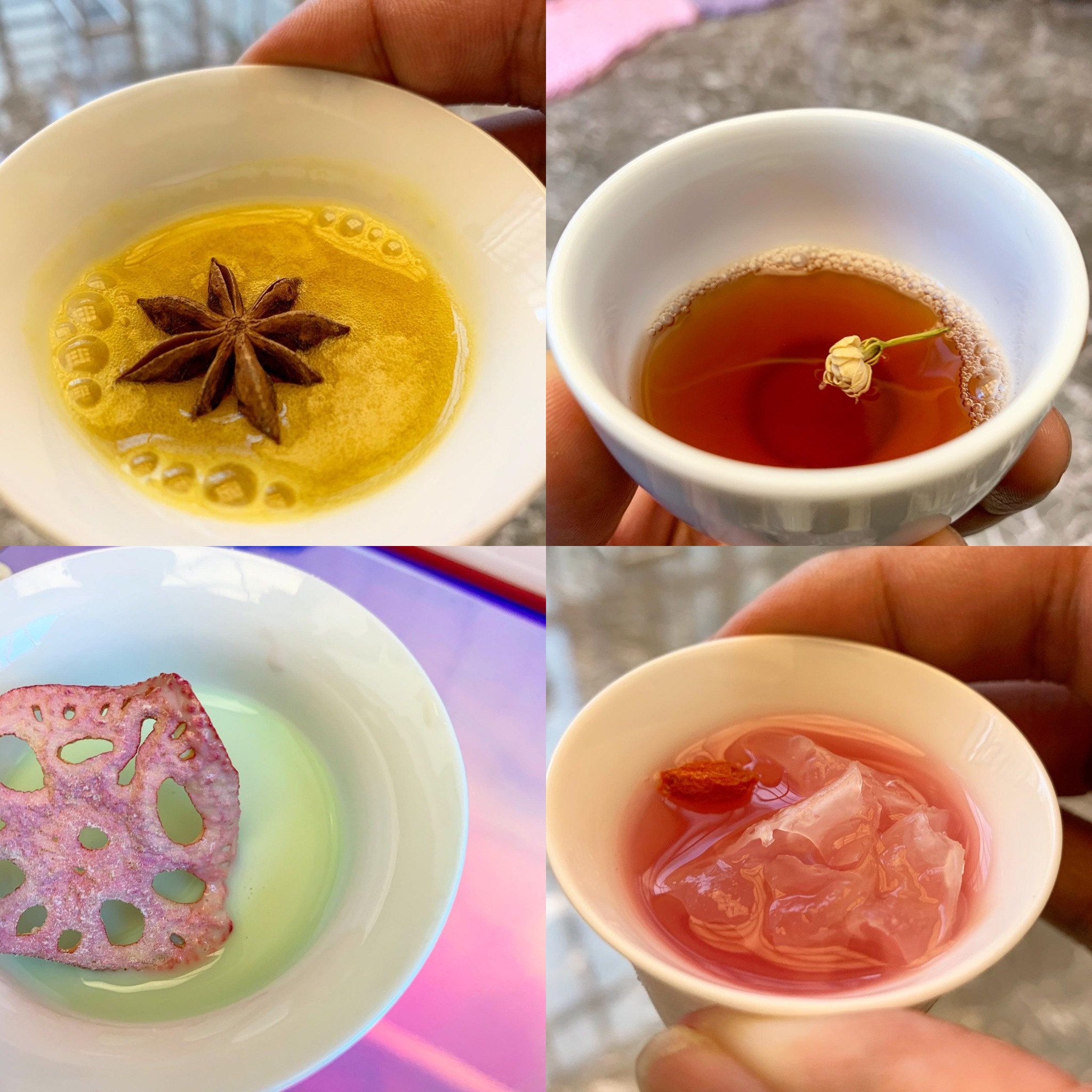 In all, Operatic Identities is a successful introduction to Chinese Opera for the uninitiated, providing a beginner’s guide to recognising the names and roles in performances and at least getting audiences to know what to expect when each archetype arrives onstage. Fun, vibrant, and easily digestible, we left the showcase a little more interested in finding out the intricacies of Chinese Opera, and more willing to dip our toes into a full-fledged performance with less fear of being completely lost the next time.

Operatic Identities played from 9th to 10th November 2019 at the China Cultural Centre.