While most institutions and organisations may be busy celebrating our Bicentennial this year, the ArtScience Museum has gone in quite the opposite direction with their newest exhibition, as they instead celebrate our future, 200 years later.

With 2219: Futures Imagined, the ArtScience Museum takes inspiration from local poet Alvin Pang to present a speculative exhibition of works from over two dozen artists, architects, filmmakers, writers and theatre companies from Singapore and around the world. The spiritual twin to the Bicentennial Experience at Fort Canning, the exhibition is split into five ‘acts’ that imagine Singapore’s ‘Quadricentennial’, and the way the country will look 200 years later. Expect scenes of life that has been impacted by changes in the Earth’s environment, caused by climate change and the loss of the planet’s biodiversity, and how our local society, culture and traditions continue to evolve and adapt.

At the heart of 2219: Futures Imagined is The Library of Necessary Books. From literary cannon to DIY manuals of utilitarian know-how, The Library of Necessary Books is a collection of books that have been lovingly handed down from generation to generation, from the past into the future. Visitors are invited to submit books to the Library for display in the exhibition. The Library accepts donations of books that may hold a special meaning to visitors, or books that donors deem important for future generations of Singaporeans. When they make their book submission, donors are encouraged to write a message that they would like to convey to the Library users of the future. 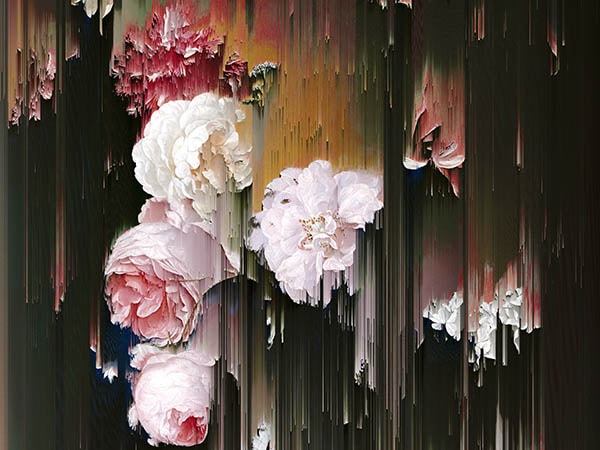 Says Gene Tan, Executive Director of supporting partners the Singapore Bicentennial Office: “While the exhibition at Fort Canning has been all about figuring out our history beyond Sir Stamford Raffles and how we got to where we are today, the ArtScience Museum instead poses a new set of questions that takes the Bicentennial into the future. We’re not thinking Jetsons flying cars, but a glimpse into what our generations after could possibly be facing 200 years later. Think of these exhibitions as rooms with a view – come to it, experience it, and see how each artist has decided to showcase their vision of the future. We’ve had more than 635,000 people showing up at Fort Canning and surprised at how fascinating history can be; now we hope those people follow up with a visit to the ArtScience Museum and also be surprised by what the future might look like.” “We are honoured to be able to co-produce and work with ArtScience Museum as well as the artists to create an immersive exhibition – one that allows visitors to connect with art in an open-ended way through digital and visual interaction and underlines the immense impact that climate change has in every aspect of our lives,” said Augustus Peh, Managing Director of co-producers SPACElogic.

Adds Gregory Chia, Executive Director of SPACElogic: “This exhibition is so different from anything we’ve ever done and anything the ArtScience Museum has ever done. There are so many artists being featured, and it’s been a challenge for everyone involved, from designers to project managers to even our HR manager. Yet, at the end of the day this reflects the passion and commitment of all involved, and with this exhibition, we’re inspired to confront the future and take courage in facing it, and invite all to join us in this immersive experience.” 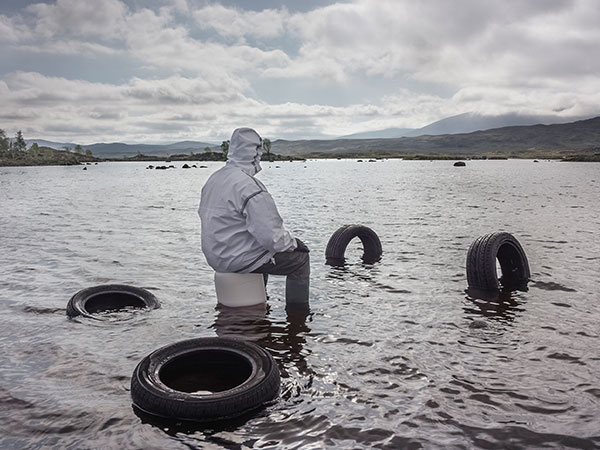 The exhibition begins with Act I, titled Arrival. Introduced to the future of 2219, we enter a world where the repercussions of environmental degradation are increasingly being felt, with many of our conveniences today taking its toll on the natural resources, and we see the ensuing ecological crisis that follows. In John Akomfrah’s Purple, we watch hundreds of hours of archival footage combined into a single documentary, prompting us to reflect on our dying planet. 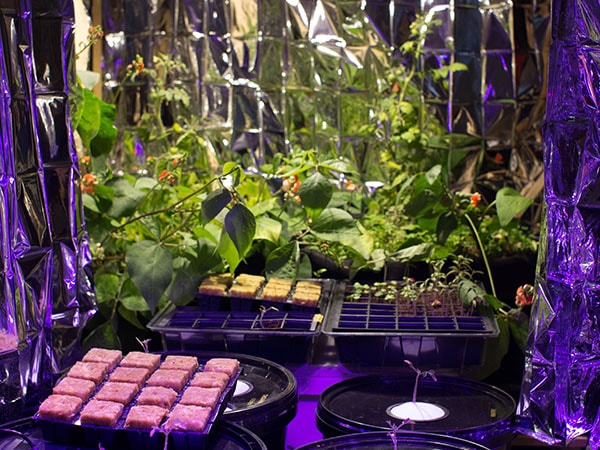 In Act II – Home, we go to the middle of the 21st century, and we see the effects climate change has had on ecology, society and politics, suggesting that living spaces will become more self-sustaining as the environment becomes less able to provide essentials such as food and clean water. The projects presented in Act II suggest that being highly adaptable, many Singaporeans will be able to make the necessary adjustments needed to survive in a changing world, with Superflux’s Mitigation of Shock inviting visitors to view a self-sustaining home. 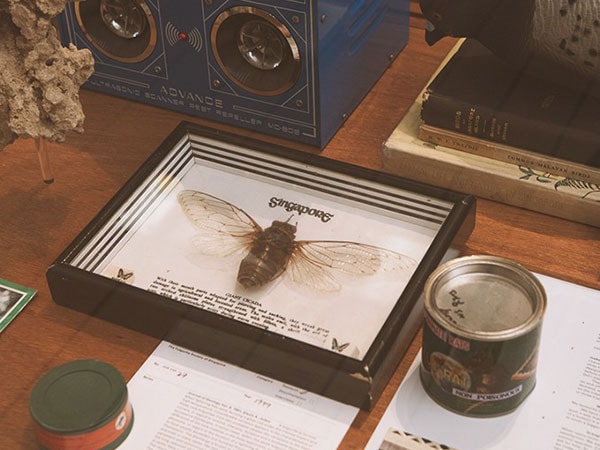 Meanwhile, Sarah Choo Jing’s Nowhere Near showcases various cities photographed from a distance, then pieced together to form a multilayered panoramic installation that depicts a vague ‘somewhere’ that is everywhere and yet nowhere, representing the loneliness and restlessness of a city, while Robert Zhao’s The Bizarre Honour invites visitors into a cabinet of curiosities that explores Singapore’s contentious relationship with nature, from its time as a colony to its period as city-state, from “The Singapore Stone”, to rare botanical gems, such as a coconut pearl and lightning-fused sand-form called fulgurites. 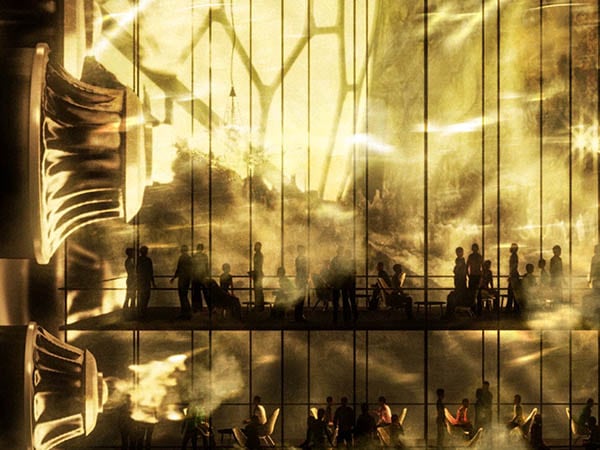 However, not all things could be transported below. Underground cities had limited sunlight to sustain plants and animals, and over time nature became rarefied. Artificial shrines acted as memento mori to the rich flora and fauna of the past. We see this displayed in works by artists such as Donna Ong’s The Forest Speaks Back (II), an evocative installation of six towering columns made from 5,000 glass bottles that resemble trees, while Lisa Park’s Blooming is an audiovisual interactive installation that takes the form of a life-size cherry blossom tree projection. These synthetic plant sanctuaries then become the new forms nature has taken, offering new ways of healing and as spaces where deep connections could be forged.

In Act IV – Adaptation, we’re taken to 2119, where sea levels have risen significantly around the world, inundating many coastal cities and forcing communities and societies to adopt dramatically different ways of living. The sea will become the primary geological feature on the planet. To adapt to an increasingly oceanic world, artists such as Rimini Protokoll imagine works such as win > < win, a participatory theatre piece that speculates on the animal species most likely to thrive in an oceanic world transformed by climate change. The answer is – jellyfish, while humans are now a minority.  Bao Songyu’s Museum of Marine Life is a natural history presentation from the year 2119 where many sea creatures had become extinct, and depicts the work of a marine biologist who set out to reconstruct a series of oceanic animals that had died out by the 22nd century, presenting them as a menagerie of robotic sculptures that appear to be a tribute to the vanished life forms. 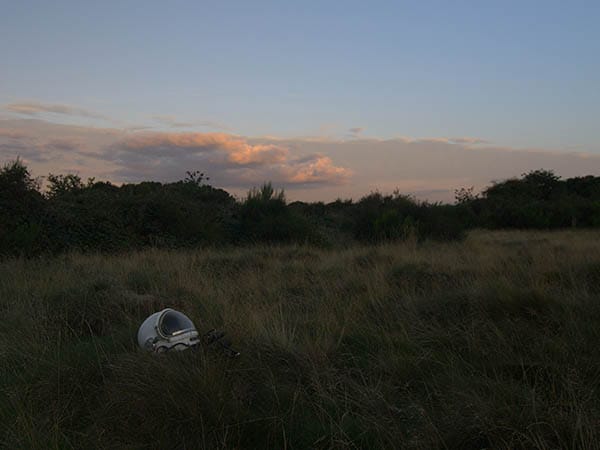 In the final act – Memory, the exhibition explores the strength of collective memory. It begins as Singapore prepares to commemorate its Quadricentennial in 2219. The worst years of ecological calamity have passed, and ancestral customs, domestic crafts and rituals are being practiced again. The artworks in this section suggest that what endures through the centuries may not be technology or infrastructure, but cultural traditions that survive by being passed down from one family generation to another. The stories we tell, the art we make, the prayers we offer, the rituals we repeat – these are the intimate legacies of our past, which we will take with us into our future. 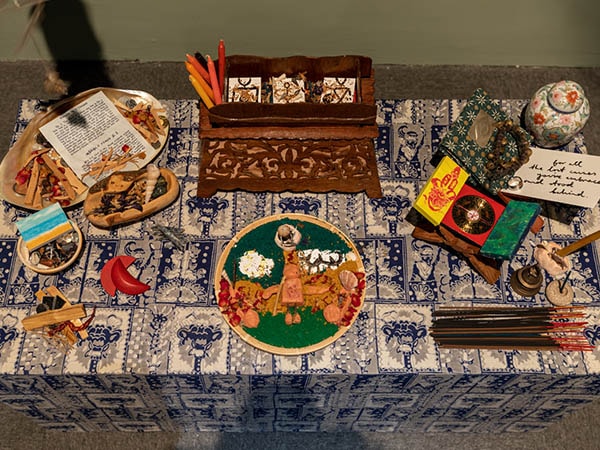 Says Honor Harger, Executive Director of ArtScience Museum: “2219 is the year Singapore will commemorate its Quadricentennial. Singapore in 2019 is beyond whatever may have been envisioned by Raffles and other settlers when they arrived here 200 years ago. And so Singapore in 2219 may be beyond the grasp of any of us today. This show invites audiences to engage in a shared experience of imagining this distant future. It presents ‘experiential futures’, immersive installations, theatrical sets, meditative spaces, interactive artworks, films, and sculptures that allow audiences to step into, and be part of, possible futures. The projects in 2219: Futures Imagined are not predictions of how the future will unfold, nor straightforward warnings of the potential dangers ahead. Instead, the artworks in the show enable us to inhabit a few of many possible future scenarios. 2219 asks our audiences to reflect on what kind of future they want for Singapore, and what actions they may be prepared to take to bring that future into being.” 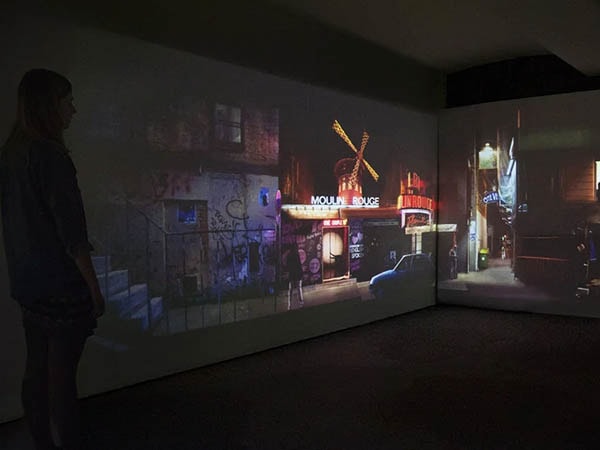 Coming in to the museum, it’s hard to predict what exactly we’re about to witness. This is, after all, an exhibition that’s all about the future. It’s the first exhibition in a long while that’s been solely curated by the ArtScience Museum, and it’s evident there’s a lot of thought that went into the process, showcasing a combination of both international artists and Singaporean talent, something that’s very close to our hearts. It’s one you’ll have to come and see for yourself, one that makes you think and perhaps get a glimpse into the future, as we reflect on how we can look to improve ourselves as Singaporeans and as people. What does the Quadricentennial 200 years bring? Only time will tell, but 2219 might just give you a hint.