Oftentimes, immersive experiences are centred around pure entertainment, whether as Instagram museums, or sprawling, exploratory works taking audiences to out of this world realms. Rarely though, have they ever been used as a vehicle for social good, something that Underground seeks to change with their works.

As the theatrical arm of Social Emotional Intelligence training company The Inside Space, Underground aims to take the philosophy behind its parent company and distill that into immersive theatre. “In the current society we live in, we tie so much of our identity to our achievements and results,” says Sheena, who has been a freelance trainer for 13 years now, and is also Head of Training and Curriculum Design at The Inside Space. “My passion lies in shifting the hearts of people, and create change in their belief systems. Our trainers are equipped with the skills to see the struggle and gift in every person.” 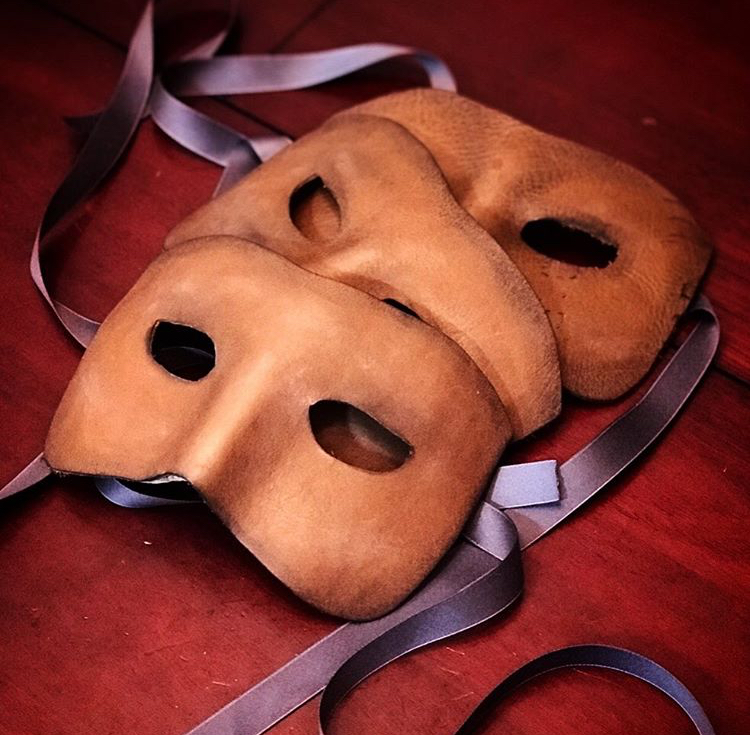 “Prior to Underground, we did this little pop-up where we would type out a personalised poem for people on the spot with a typewriter,” she adds. “This was a way to reach people’s hearts quickly via a 5-minute interaction, and it was a way to express and speak good thoughts about paper by putting it into the printed form. It was such a new experience for people, and so raw to the point that some people cried when they read what we’d written.”

“A lot of that was because the content of the poem was so different – not just a beautiful poem, but one that speaks for the individual, whether we’re talking about their gifts or the struggles they’re going through, things they’ve been suppressing for so long, while we shed light on that and speak truth to them. From there, we realised that these alternative activities were really effective as a means of reaching out to people, something that they might be more willing to approach and a way to reach more people than say a workshop.” 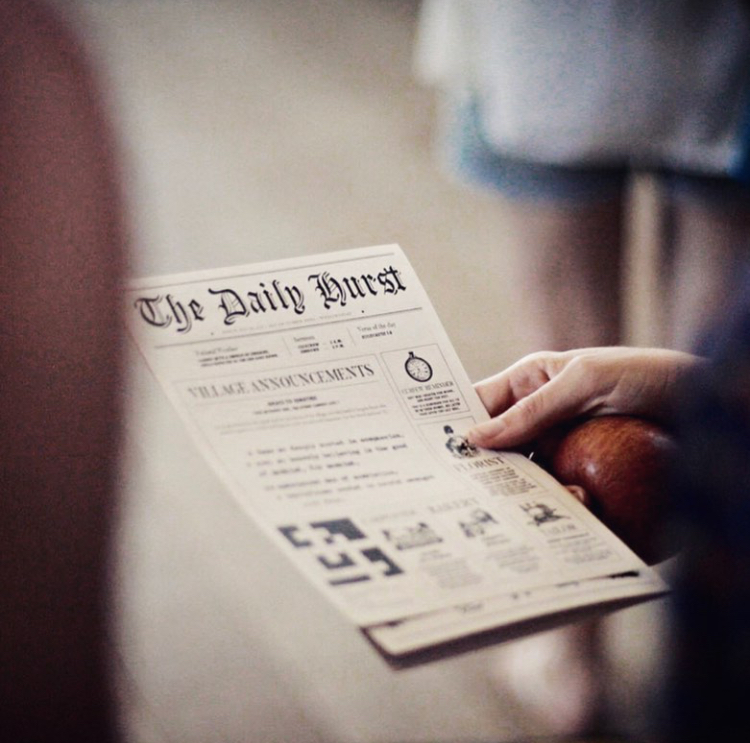 Led by Sheena, Underground made their debut in 2019 with a production titled Black Lotus. There, the team transformed an industrial warehouse space into the secret headquarters of a fictitious drug cartel, where audience members were tasked to find the mole among them. “While we’re not necessarily as experienced in theatre as some other companies, we do know how to pull people from marketing and design and other fields to come together to create this,” Sheena adds. “And Black Lotus was great in that even though we were targeting youths and young adults, we had quite a few older audience members come in as well for the experience, showing that we can have a wide appeal.” 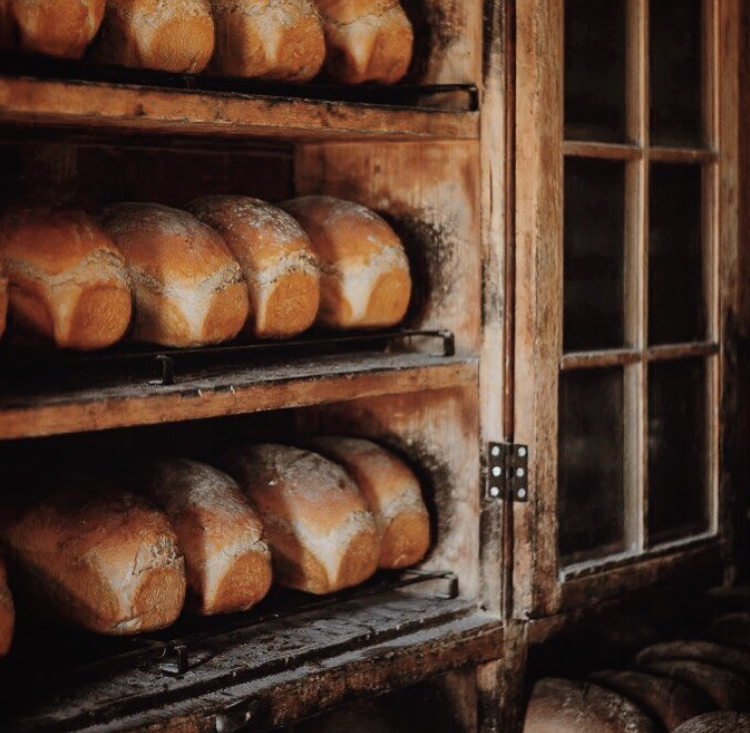 With Black Lotus having received moderate success, Underground is already in the midst of preparing for their second show, bigger and better than before, and set to be presented next March. Titled Hurstville: The Heir, the immersive theatre experience takes inspiration from Punchdrunk’s Sleep No More, and is set in the 1930s, during the Great Depression. 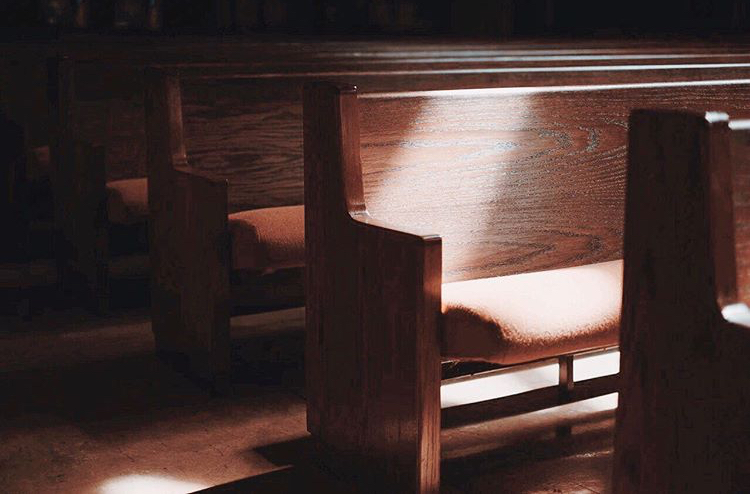 Co-directed by Sheena and Dyllis Teo, not only does Hurstville seek to entertain; it also seeks to train and teach audience members about mental health and resilience. “We don’t mean diagnoses and depression specifically, but how even our environment can affect our mental health and make us susceptible to certain issues,” says Dyllis. “To compare and compete, it’s all around us, and only incites fighting and worry. In our society, we focus so much on helping those already diagnosed, that we tend to forget about dealing with the problem at its source, and how there are so many people out there still susceptible to mental health issues. It’s not something that just happens overnight, but something that builds up for days and months, to the point where one day the straw that breaks the camel’s back arrives. It’s only getting worse, and you hear about these cases almost every day, and we need to find a way to curb it somehow.” 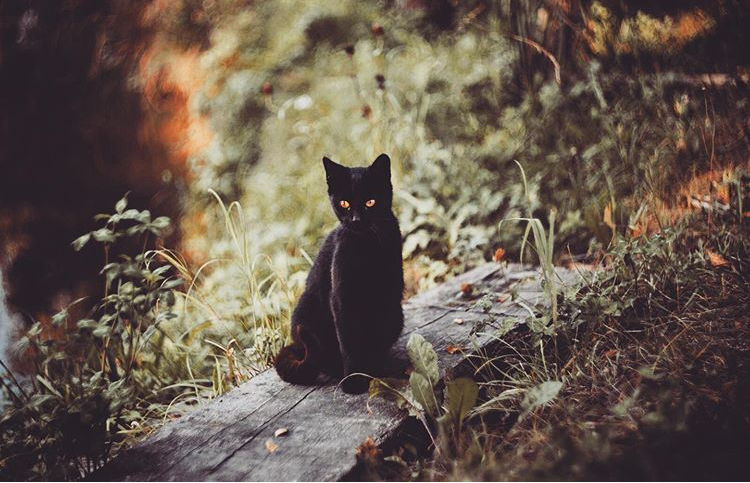 “Lots of people expected Black Lotus to just be an ordinary escape room or something, but we ended up surfacing a lot of subconscious thoughts from them, with different learning points that came up, as people shared their vulnerability and really opened up to each other in a room full of strangers. It really is like what we do in workshops, and essentially, it is training, but done in a very different way.”

“Hurstville then, is a work that takes people into a hidden space away from the rest of the world,” Dyllis continues. “It becomes a medium to bring our philosophy and thoughts to the forefront of audience members’ consciousness, and make them realise the subtle bad things that are present in their lives, be it ‘advice’ from family and friends that comes with good intentions, but isn’t necessarily good for you. When there’s harm you can’t see, it begins to fester over time and affects you more and more over time.” 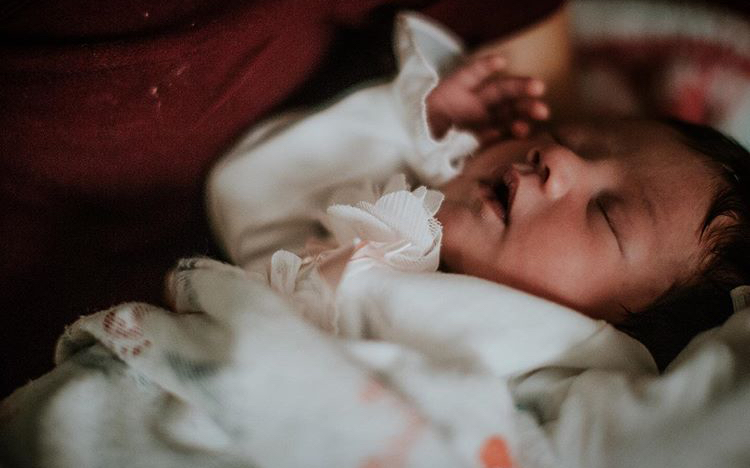 In Hurstville, audience members play newcomers to a hidden village, and spend much of the show learning about the various characters inhabiting the village as they follow them around, given the freedom to switch between character paths at any point. With over twenty characters available, if audience members are to experience each and every story, they’ll have to come back multiple times to see it all.  “You can follow characters like the priest or the tailor, and the idea is that it’s completely organic, where you’ll be given freedom to roam and follow whichever person you want,” says Sheena. 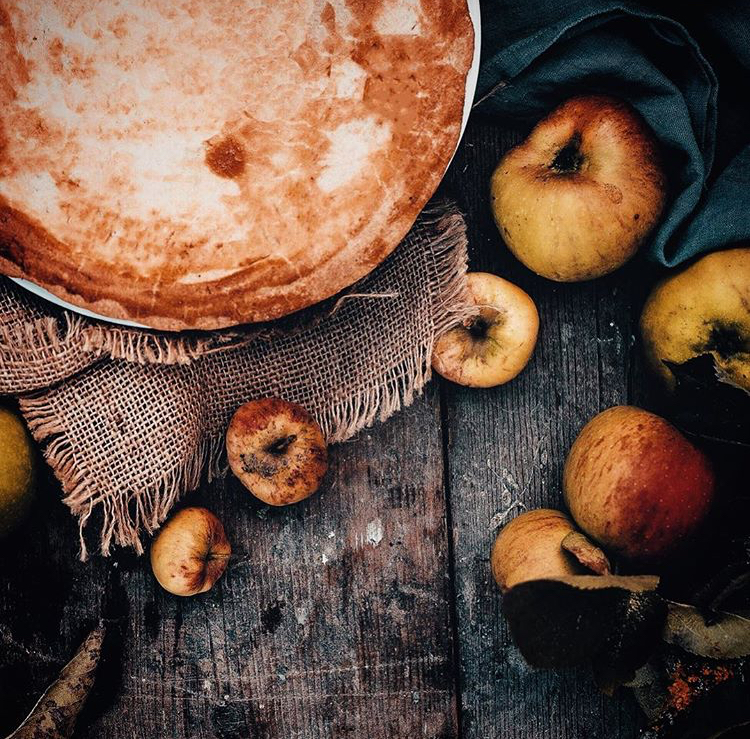 With an open casting call, the response has been positive so far, with 120 auditionees who vied for the available roles. “With regards to the characters, we approached this production in the same way we approach our training, and wanted to bring out the best in our team,” Sheena adds. “Prior to casting, we wrote just half the script, setting out a general structure and storyline to weave everything together. But after we run auditions and settle on our cast, we then talk to each cast member after assigning them a role, and if they have a special skill or talent, say, their voice is great, then we try to incorporate that into their character, along with their own personal experiences. It makes the actor and character more closely linked and makes them more believable and real, rather than forcing a cast member into a role they’re not comfortable with.” 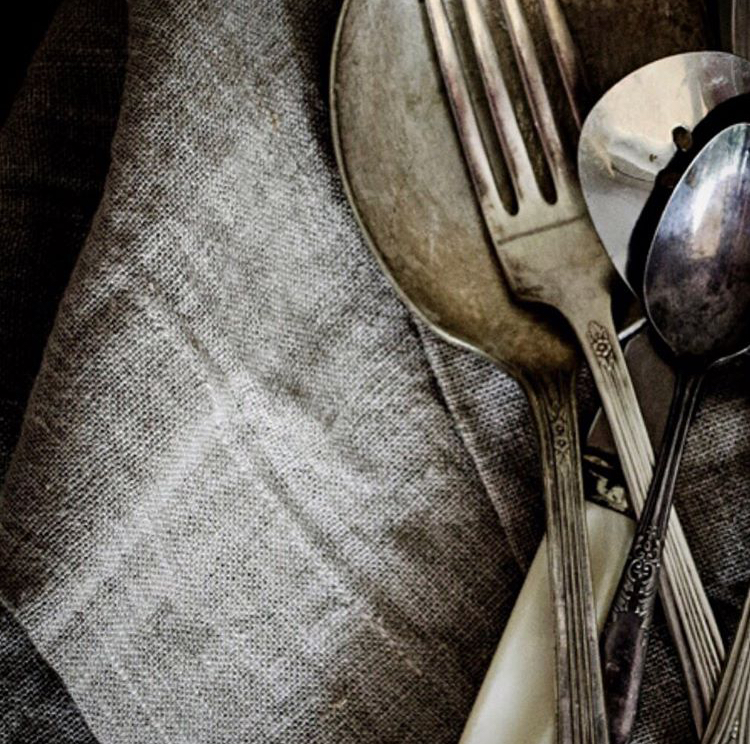 A similar approach is also adopted with their food menu, which is optional, and available to all audience members at an additional cost. Themed as a 1930s-style banquet that will be consumed over the course of the performance, the team gave freedom to their chef Tay Yi Xian to put his imagination and skill to the test, and come up with a 3-course meal that puts a twist on classic foods and is set to surprise. “Yi Xian is a friend of ours, and we wanted to use Hurstville as a platform for him to really have fun with the menu,” says Sheena. “He was once described as having too much soul when he was coming up with bar food, and we see this as an opportunity for him to really do what he wants and flourish in his gifts.” 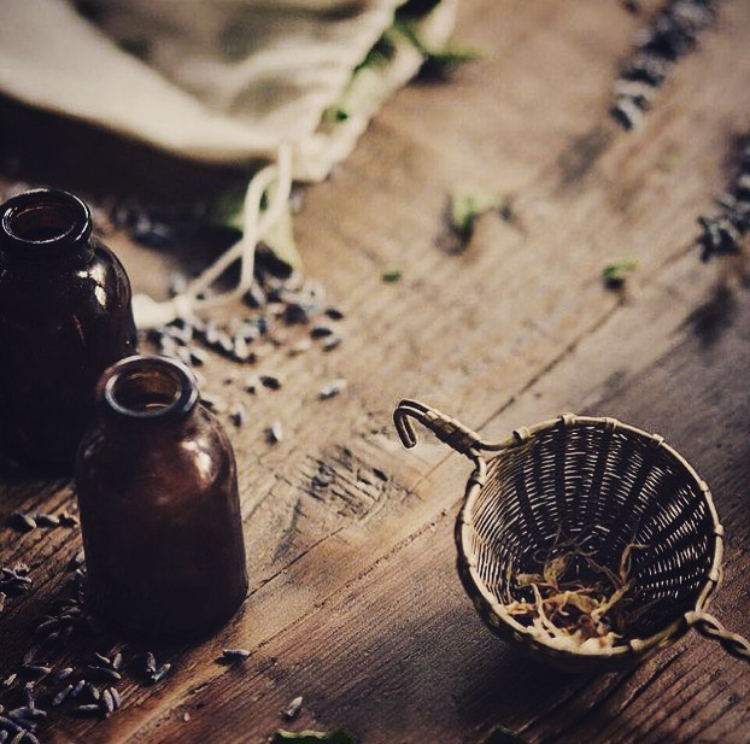 Hurstville is also the biggest project that most of its team has ever embarked on. Instead of the 50 people the team can usually accommodate for a workshop, Hurstville will now see a whopping 150 audience members per show, for a maximum capacity of 3,000 audience members over the 20 shows they’re planning to run. “We really love that the shophouse in Chinatown we’re using has such weird spaces, and we’re playing with all the little corners here and there,” says Dyllis. “It’s ideal for Hurstville because of all the nooks and crannies for people to explore and find hidden rooms and surprises along the way. We’re making full use of the curvatures to hide other elements, with little doorways we can set up as rooms, and we’re very excited to see how audience members play around and experience it when it premieres.”

Despite a number of setbacks along the way, Sheena remains optimistic about the production, saying: “Honestly, we believe that given the right opportunity, people will be able to work magic when they flourish in the gifts they naturally have, and we’re confident that Hurstville is going to be a success. We invite everyone to push past the brambles, and come discover what our village has in store for you.”

Hurstville: The Heir runs on Sundays and Mondays at 265 South Bridge Road, from 1st March to 20th April 2020. Tickets and more information available from their website here

0 comments on “The Banter: An Interview with Sheena Ling and Dyllis Teo, Co-Directors of Hurstville – The Heir”