★★★★☆ (Performance attended 27/2/20)
Poignant and entertaining reminder that truth is neither absolute fact nor pure fiction.

In cartography, there exists a concept known as the coastline paradox, which considers how there will almost always be inconsistencies in measuring the length of a coastline the more accurate one tries to be. In a similar vein, the harder we try to get at the absolute truth, the more complicated it becomes to discern it. With the truth being so difficult to define, at what point then, do we make a judgment call and decide on the version of the truth to accept?

That is the conundrum that lies at the centre of The Lifespan of a Fact. Directed by Daniel Slater and written by Jeremy Kareken, David Murrell and Gordon Farrell, the play surrounds a brilliant new essay written by celebrated essayist John D’Agata. When it is submitted for publication, magazine editor Emily Penrose hires Jim Fingal, an enthusiastic intern to fact check it, only to discover it is riddled with errors. With the chance that these errors could undermine the entire argument (and potentially bring down the magazine if left unaddressed) and a tight deadline, the essay’s publication hangs in the balance, as all three characters convene to negotiate the truths and half-truths of the essay.Given its reputation as a tedious task, fact checking makes for unlikely dramatic material. But with this play, SRT has proven quite the opposite, with a good amount of both drama and comedy in the clash of three headstrong personalities. The play’s crux lies in the heated argument between Jim and John, who find themselves at loggerheads thanks to their completely different approaches to representing the truth, as well as the gap in both their age and experience. Throughout the play, we find ourselves see-sawing back and forth between both extremes, finding equal reason to agree with both of them at various points. 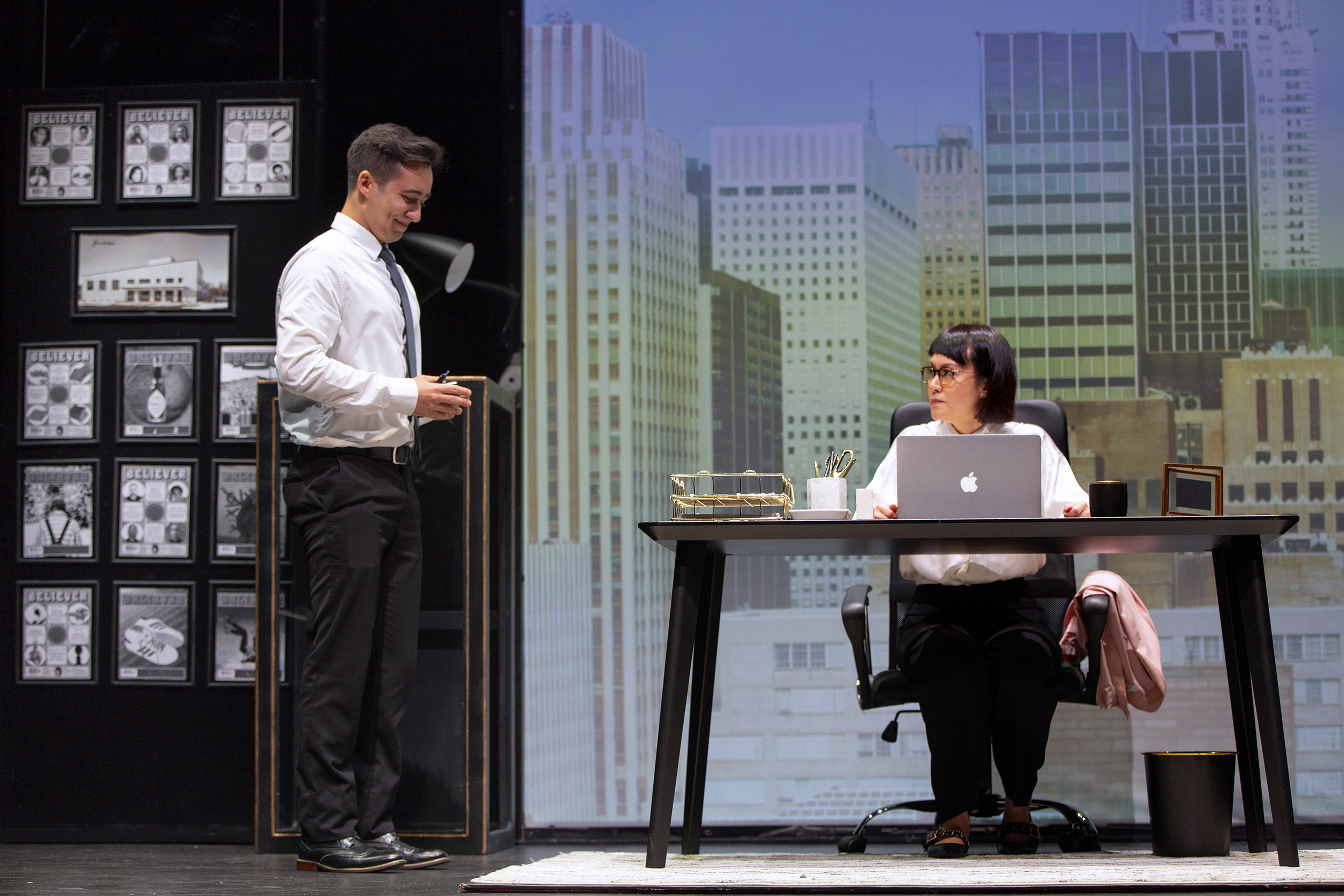 In his efforts to impress, Jim quickly proves himself capable to a fault, as he thoroughly vets for errors and expands D’Agata’s original 15 page essay to 130 pages. As irrelevant to the argument as some of the discrepancies may seem (the colour of bricks, the number of strip clubs, the viability of a traffic jam), he still makes a convincing point about the efficiency of the internet mob in the social media age, and how easily they can destroy a career at the slightest error. On the opposing end, John D’Agata is equally formidable, domineering with his raised voice and unwillingness to compromise on his essay’s style and ‘rhythm’, championing the structure and flow of the language otherwise lost if bogged down by facts. The tension between the two is clear, making for a compelling showdown with both of them so staunch in their views.

As Jim, Jamil Schulze turns in one of his best performances to date, embodying Jim’s nervous energy as a young intern fresh out of Harvard. There is a refreshing vitality to Jamil’s acting, as he provides a convincing portrayal of a man so doggedly invested in his point of view and insistent on being right, it’s practically an obsession. Ghafir Akbar, as John D’Agata, provides a wonderful contrast to Jamil, standing about a head taller, and comes across as egotistical and ferociously overprotective of his work, a personality Ghafir brings out with gusto such that we feel for John, and understand his impassioned defense of his art and literature in writing. 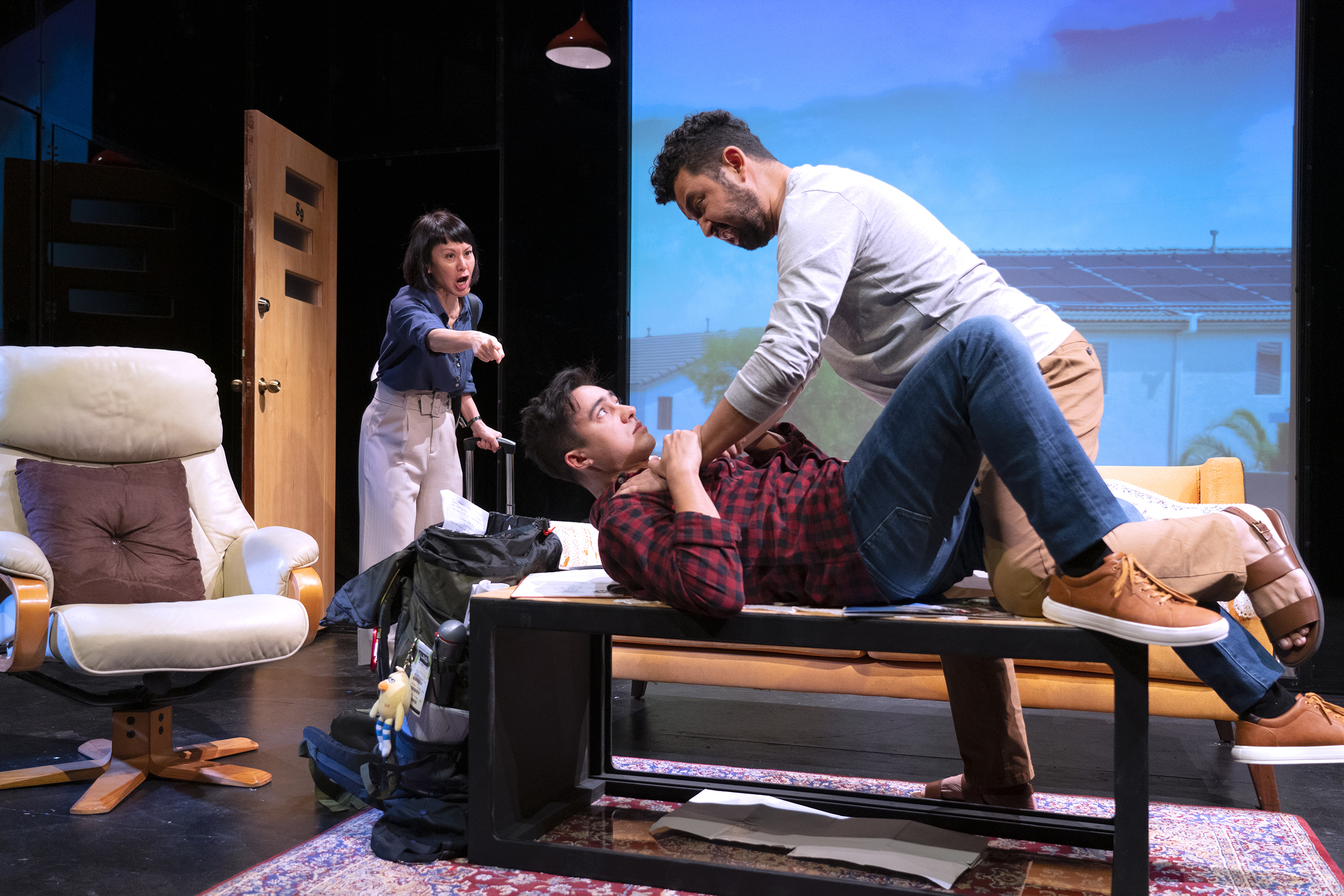 Acting as the middle ground between both men is Emily, with actress Janice Koh carrying an air of authority and a no-nonsense attitude in portraying her. Juggling phone calls, WhatsApp messages and email threads (each one represented by well-timed, familiar tones), Emily is a welcome strong female character to temper both Jim and John, and holds her own when pit against them. There’s a fierce, admirable leadership to Emily in her choice to knuckle down and work with both Jim and John, choosing to maintain her professional relationships with both men and achieve a happy medium, rather than let go of the flawed essay altogether. As editor, Emily also points out the practical realities of publications being beholden to their stakeholders in delivering quality content while practicing responsible journalism.

Thanks to Daniel Slater’s direction, The Lifespan of a Fact is laced with moments that keep us entertained throughout, whether Emily is lamenting the death of circulation, John finds himself chased out of his own house, or Jim goes to new lengths to nitpick at another seemingly trivial detail. Scene changes are handled well, with Jim going from well-coiffed office attire to mussed up hair and crumpled shirt quickly, or how a phone call between Emily and John helps mask the transition from Emily’s fancy New York office to John’s humble Las Vegas home. A digital screen provides a great visual of the outside world, changing from night to day accordingly (by multimedia designer Genevieve Peck), while Sam Wilde’s production design is attentive to details in both sets, making each one feel realistic and personal (such as a pragmatic, minimally furnished desk for Emily). 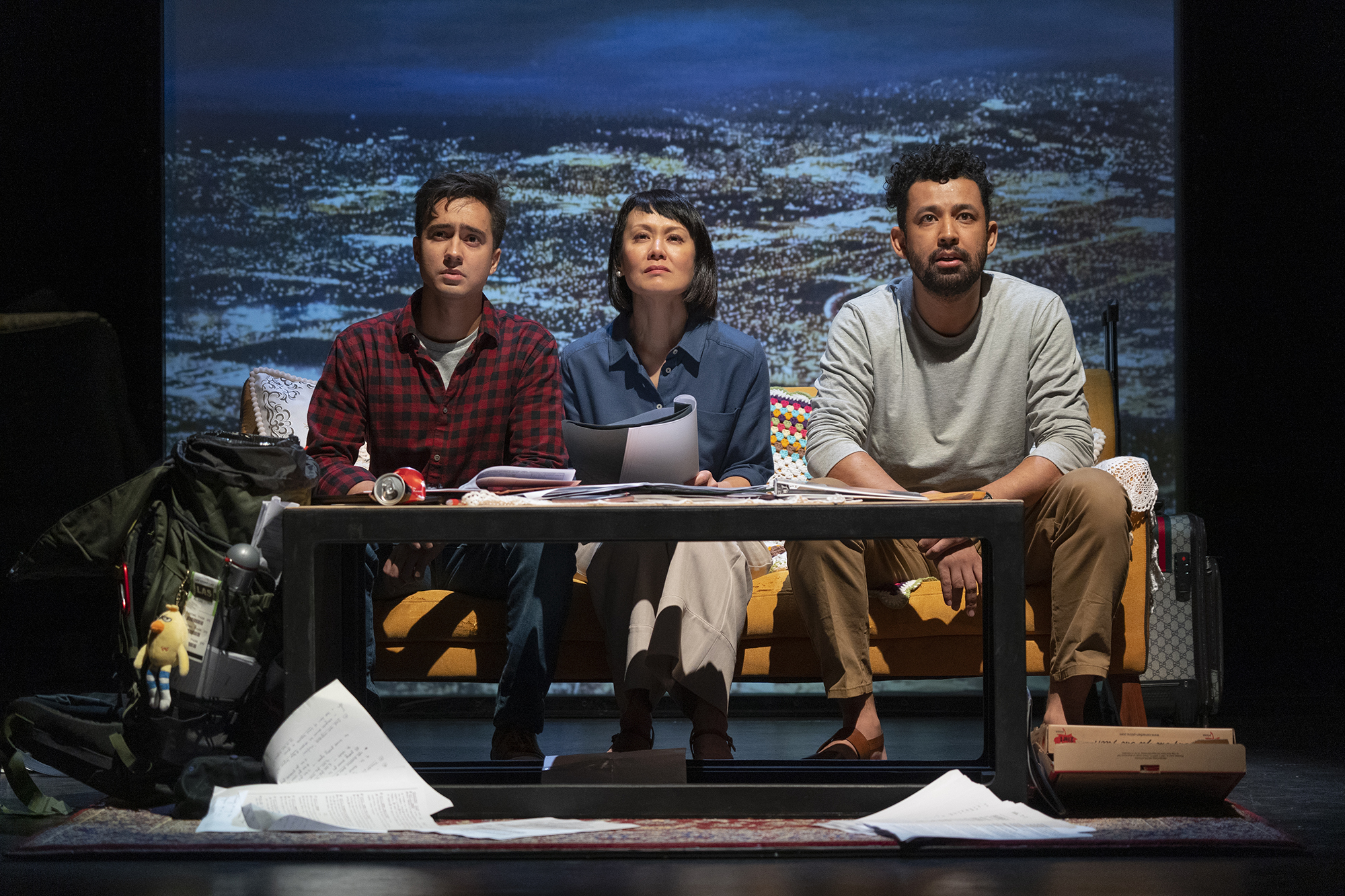 But at the end of the play, the three eventually put their egos and differences aside and take a moment to reflect, realising how they’ve lost sight of the essay’s original intent in their pursuit of perfection, its core issue illustrated by an evocative video montage. As writers ourselves, we think of how the media landscape of today struggles to balance sensationalism with facts, and of how in our search for the truth, it becomes all too easy to get lost in the barrage of facts and the artistry of writing.

0 comments on “Review: The Lifespan of a Fact by Singapore Repertory Theatre”