Art What!: Silhouettes at the Private Museum

This month, The Private Museum (TPM) Singapore present Silhouettes: Collecting Singapore Modern – Selections from the Collection of Su-Yen Wong and Fermin Diez. This exhibition is the second in a series of five featuring an array of private collections in Singapore, as part of TPM’s 10th anniversary celebrations.

The exhibition features 27 selected works by 17 first- and second-generation Singapore artists, reflecting the places and people during the developing years of Singapore — a visual history of the country seen through the lens of the private collectors.

Titled ‘Silhouettes’, the paintings serve as representations of a past Singapore that can no longer be grasped in palpable form, memories preserved through the artists’ personal renditions. For most of the works on display, although the artists are already household names with distinctive styles of painting, the collectors were motivated to collect pieces that deviated from the artists’ norm. 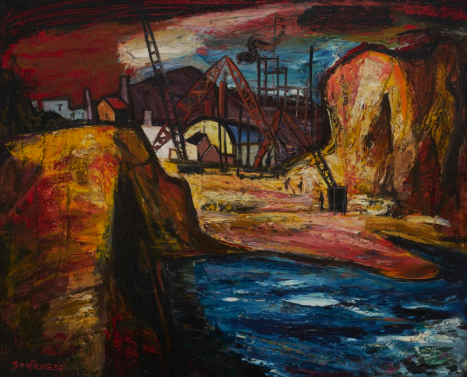 The five artists featured in the collection are Cheong Soo Pieng, Chua Mia Tee, Ong Kim Seng, Tay Bok Koi and Tong Chin Sye. Cheong Soo Pieng is distinctive for his painting style that blends Chinese, Hindu, and Modernist European influences, drawing inspiration from Singapore’s landscapes and from his travels abroad. Though Cheong is best known for his stylised depictions of Balinese women, he has also experimented with various media including ceramics, sculpture, and installations. 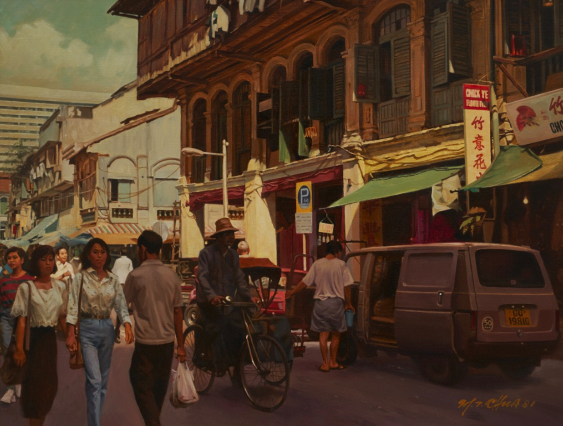 Chua Mia Tee is known for his Realist paintings, as well as his works depicting the everyday life of Singapore and the nation’s vanishing landscapes. He is also a highly sought-after portrait artist, having painted several prominent businessmen and politicians including that of Singapore’s first president Yusof bin Ishak (as seen on Singapore’s currency notes). In 2015, Chua was presented the Cultural Medallion for his significant contribution to Singapore art. 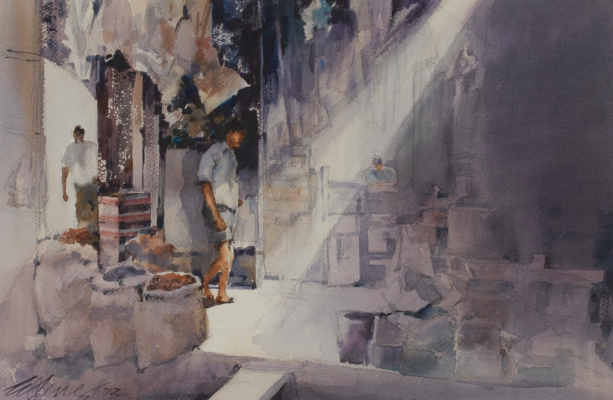 Ong Kim Seng is a self-taught artist, and considered one of Singapore’s most celebrated watercolourists. He mainly focused on still-life, architecture and natural landscapes, with an acute awareness of depicting light with watercolours to convey certain atmospheres. Ong is also the first and only Singaporean to have won six awards from the distinguished American Watercolour Society, and was also elected president of the Singapore Watercolour Society from 1991-2001, continuing as its honorary president thereafter.

Tay Bak Koi is recognised for his stylised portrayals of water buffalos, fishing villages and kampong scenes. Dissatisfied with the rigid structure at the Nanyang Academy of Fine Arts (NAFA), Tay spent most of his time earning a living by selling crabs at a market stall while experimenting with oils and watercolours, eventually developing his distinctive style of integrating fantasy and reality in his works, reducing complex forms into basic shapes, while also paying particular attention to colours and textures in his works. 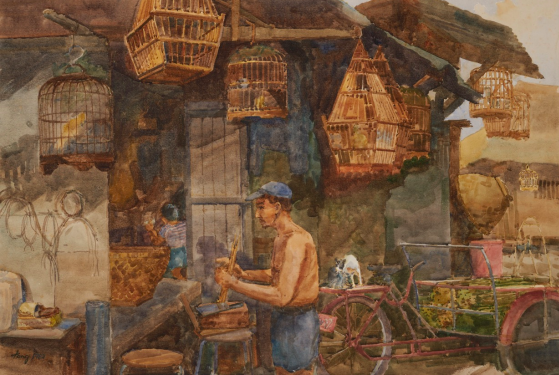 Finally, Tong Chin Sye possesses a versatile body of work, including mix of different media that range from acrylics, watercolour, oil to Chinese ink. Tong’s landscape paintings are known to depict a mix of various cities across Asia, Europe and Latin America, bringing viewers through the curious and reflective lens of a traveller who explores the everyday customs of other people. In 1987, Tong received the first prize in the Port of Singapore Authority Open Art Competition and subsequently the Tan Tsze Chor Art Award in 1992.

Silhouettes runs from 27th March to 10th May 2020 at The Private Museum. Entry is free. For more information, visit their website here