Even though we’re already in Phase 2 of our post-circuit breaker life in Singapore, it may be some time before we see the local theatre scene back in full swing and venues filled again. For now, most arts and theatre companies have migrated online, attempting to regroup and rethink how to present work in the digital age. One such company is Sight Lines Productions, who believe they’ve found the solution, with their new production Murder at Mandai Camp.

Premiering this weekend, Murder At Mandai Camp, is a brand new play written by award-winning playwright Chong Tze Chien. Playing on the medium of the murder mystery play, Murder at Mandai Camp differentiates itself by taking place on Zoom, and intends to be a work that immerses audiences in the mystery. Not only will there be actors performing live onscreen, but other elements will be introduced to deepen audience involvement and interactivity, as they take on the role of lead investigator, and gather clues to determine exactly what went down during an ill-fated outfield exercise. 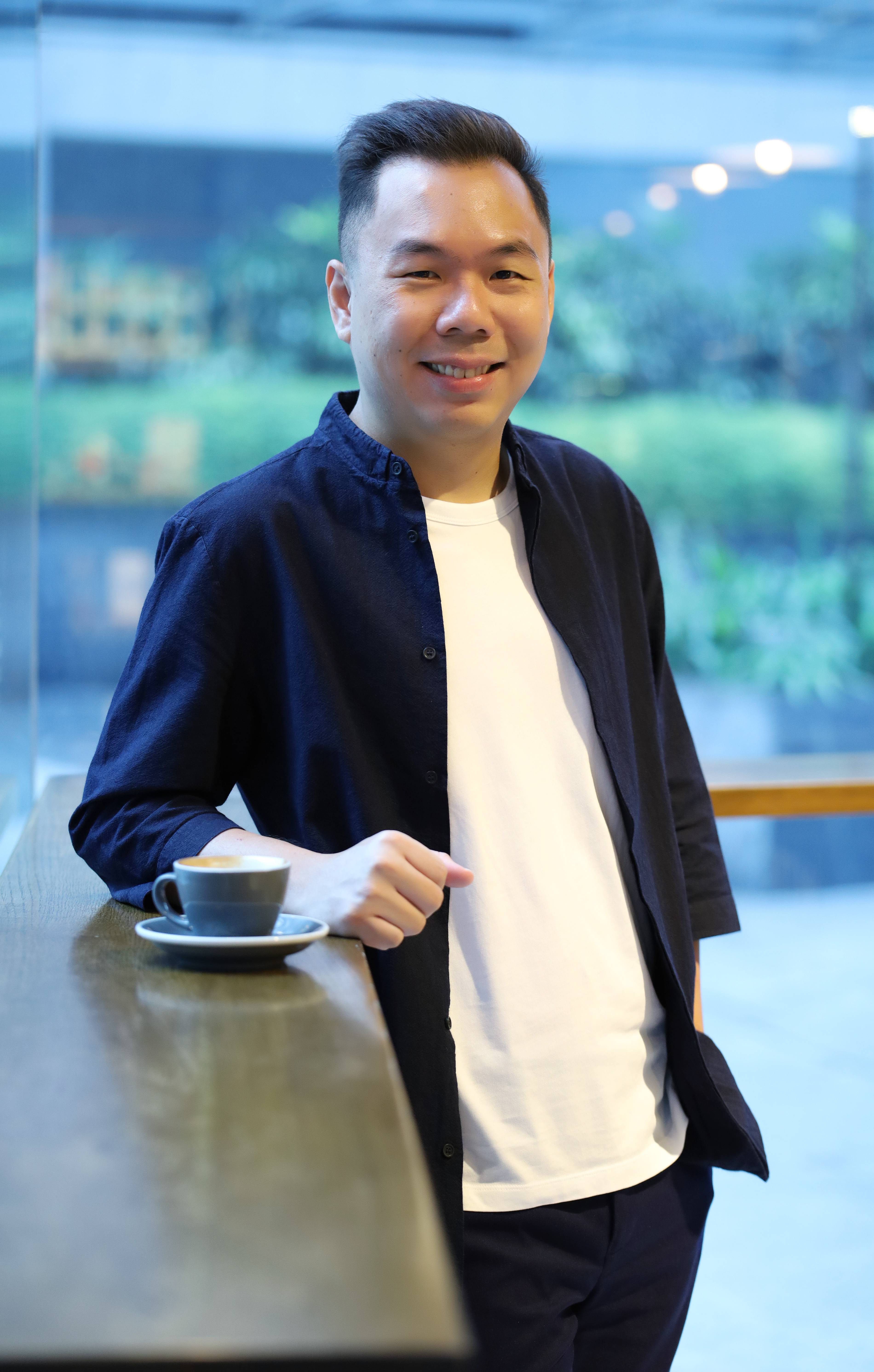 “We initially wanted to stage it last October for Halloween, but plans fell through,” says producer and Sight Lines artistic director Derrick Chew. “This year, when COVID-19 struck, we took a step back and brought out the script again, and saw it as an opportunity to experiment with the form. In a way, it’s a platform to explore new ideas as we confront the new world we’re presented with, and figuring out how to evolve the art form.”

While the murder mystery isn’t new to theatre, the way that Sight Lines is presenting it certainly is. Playwright Chong Tze Chien describes the play not as theatre, but a new form that involves both theatrical and filmic elements. “In the new normal, things have to change, and we’re adapting the play this way in order to heighten the sense of engagement,” says Tze Chien. “Originally, the script was this skeleton, but with this new direction we found ourselves with, we took the time to familiarise ourselves with the limits of what we could do with Zoom, while fleshing out the story more. Once we were more clear on that, we went all in on creating that multi-faceted experience, with Zoom and Telegram.” 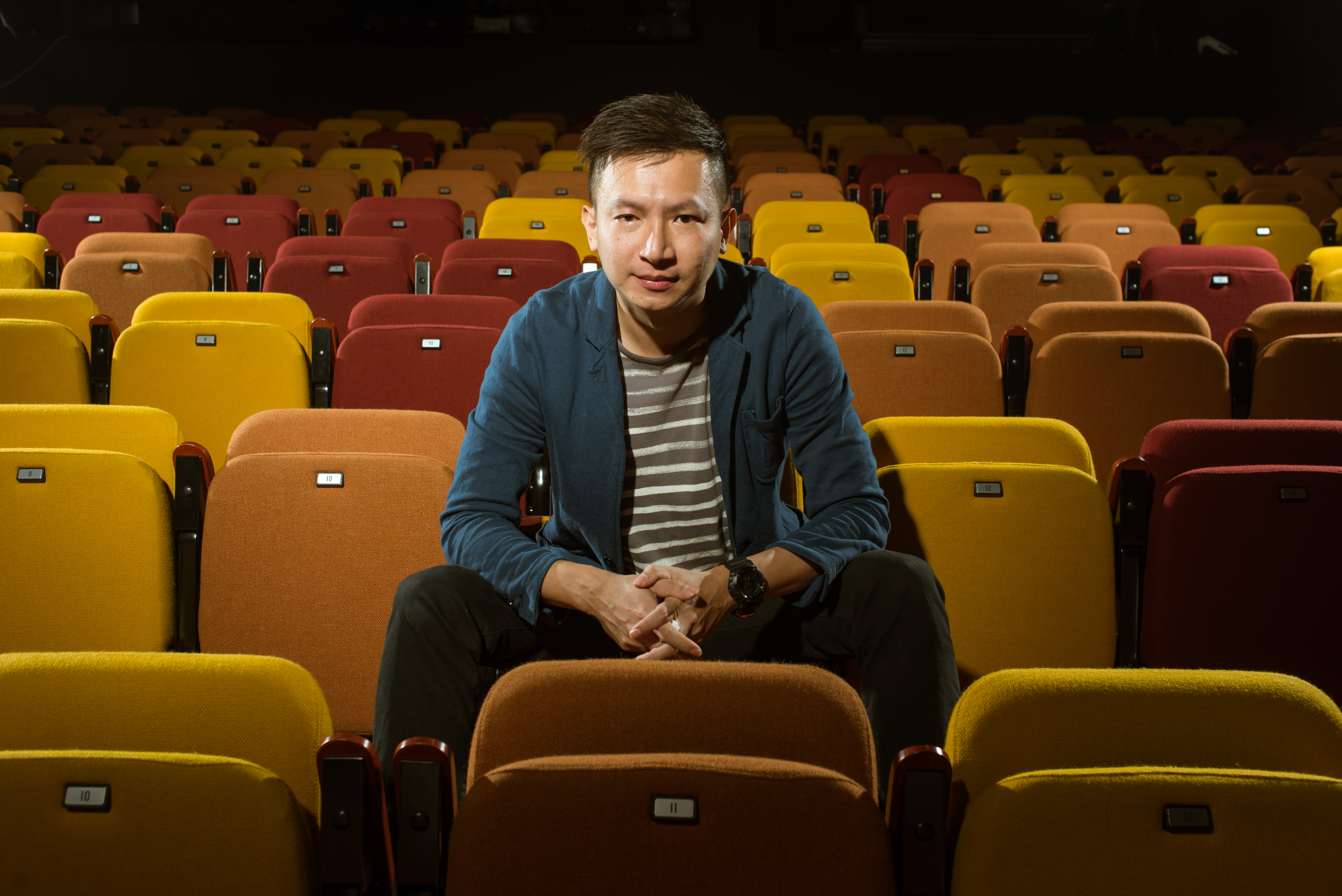 The experience won’t just be limited to passive viewing on Zoom (complete with multimedia design by Genevieve Peck), but require active participation from the audience as well, as they receive clues and evidence via a channel on Telegram, to help them form their own conclusions (similar to how Ground Z-0’s Prism of Truth utilised Facebook as an additional source of information during the theatre show). “A friend asked me, why would anyone want to watch something on Zoom, given how many things there already are online, from streaming archives to other new work,” says Tze Chien. “I was adamant that our work couldn’t look ugly, like a second rate webseries, and we had to make sure we were pushing the medium to its limit, because we were the ones setting a precedence for this kind of work, and how it might determine new work for the medium in future.”

Adds Derrick: “The arts continues even during this time, and acts as a way to lift people’s spirits. It’s prime time to work on projects like this, and it was important to get this off the ground. In a way, everything we do is immersive, from designing the virtual backgrounds and videos to take you to the locale. We dedicated a lot of rehearsal time dedicated to pre-empting tech difficulties, and we’re working with SISTIC to send out reminders that there really are some things that are out of our control, just because it’s so new to everyone, not just us but also our audiences. It was a lot to deal with at first, but now it runs more like a well-oiled machine.” 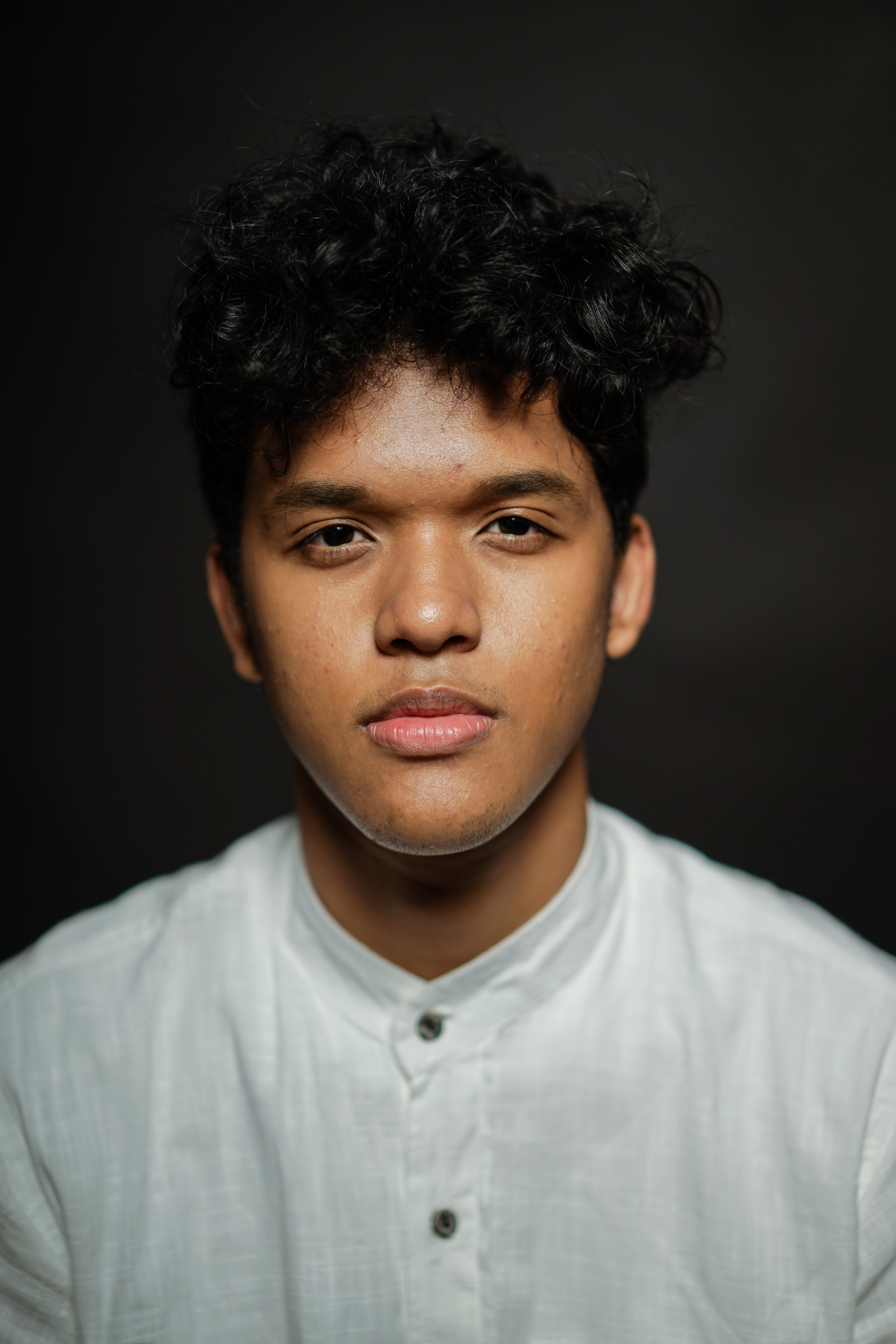 In selecting their actors, Sight Lines made a conscious effort to pick cast members who were versed in both theatre and film, with Irsyad Dawood playing a deceased recruit, Erwin Shah Ismail as Lieutenant Haziq, and Bright Ong as Recruit Tan, both prime suspects for the murder. “As weird as it sounds, this is a time that makes people become more creatively charged, and there’s a lot of people I’ve met and projects I’m working on I never imagined doing,” says Erwin. “For this particular project, it’s interesting, since there’s no rehearsal room, and we have to adapt our performance style for screen as opposed to stage. It becomes a lot more obvious when I forget my lines, for example, or how I’m now more aware of the fact that there’s a camera in front of me, or how the lighting affects the way I’m portrayed onscreen.”

“For me, this is a really bold attempt to do something new and different, and just get out there and hope the audiences receive it well,” he adds. “As a new medium, it does come with obstacles, and we do have to get used to them. It’s a whole new playing field, and we’re taking time to experiment and constantly discover new things we can do with the medium, such as using ‘offscreen’ characters as part of the play. I hope the community is more open to making more new work during these times, and I really appreciate how everyone is coming together now. People have been so generous, whether it’s coming together to do dialogues or masterclasses, and it feels great that after the initial slump, everyone is getting charged up about getting creative again.” 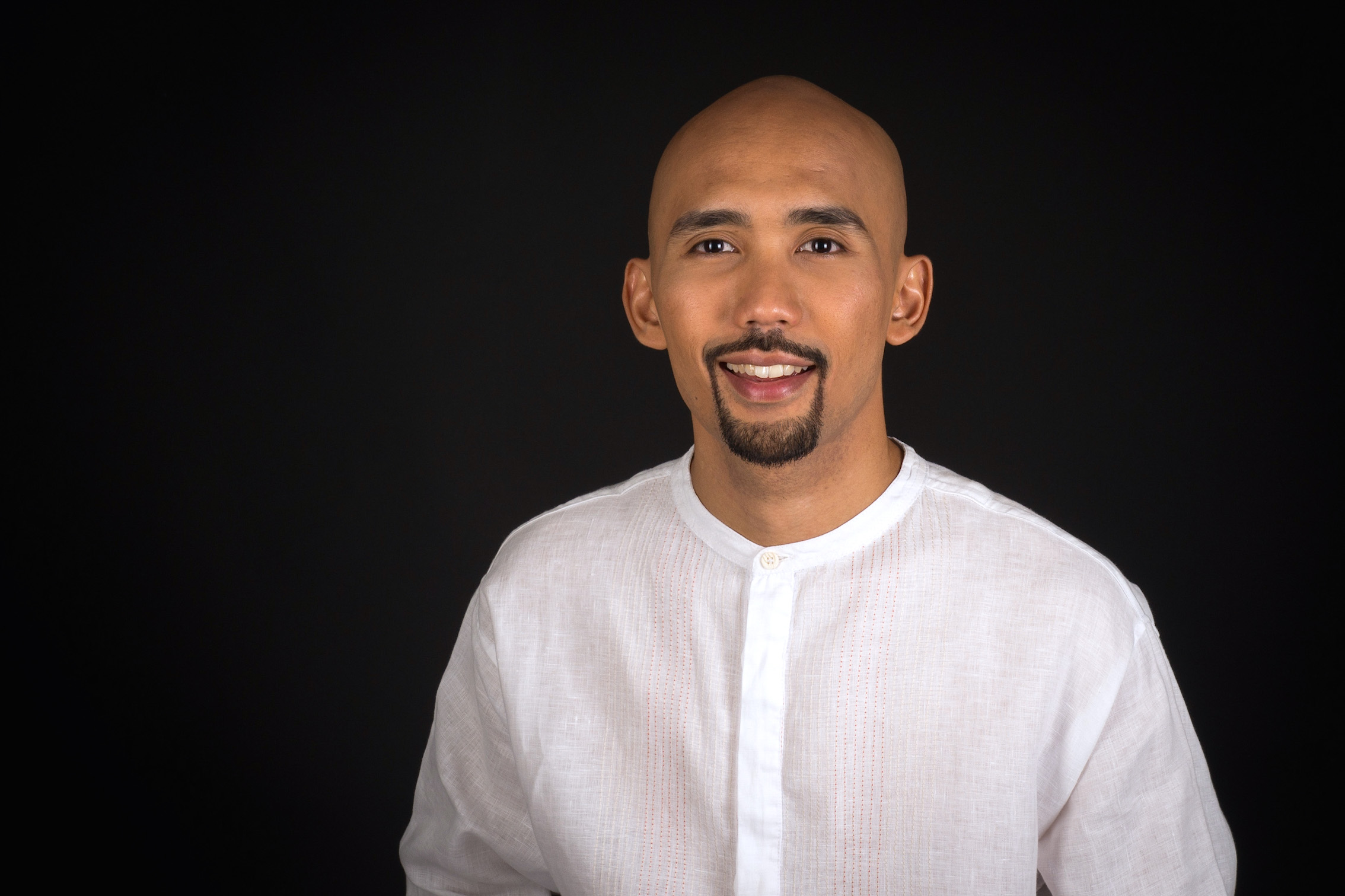 “Even though we’re filming some of the scenes for the show, it’s so important to maintain the live elements of it,” says Tze Chien. “That’s the thing that keeps the play exciting and unpredictable. The live element is so key to theatre, because audiences know that anything could happen, something an archival video can never do and that we have to ensure isn’t just a passive viewing experience for the audience.”

To add on to that, Tze Chien intends to ramp up the horror aspect of the show by playing on the fact that watching Murder at Mandai Camp is essentially a solitary experience, and to give audiences a creeping, supernatural sensation while watching it. No hints as to how exactly they’ll achieve it, but if the fact that he’s experienced writing horror is anything to go by, Sight Lines will find a way to get under your skin. “The challenge really has to do with figuring out this new playing field, and to create a communal experience even online,” says Tze Chien. “For the actors, it’s almost like performing a monologue with no physical person in front of you, and it can be a little disconcerting. But I welcome the challenge to bring that world from screen to reality, and to bring out the horror through the medium.” 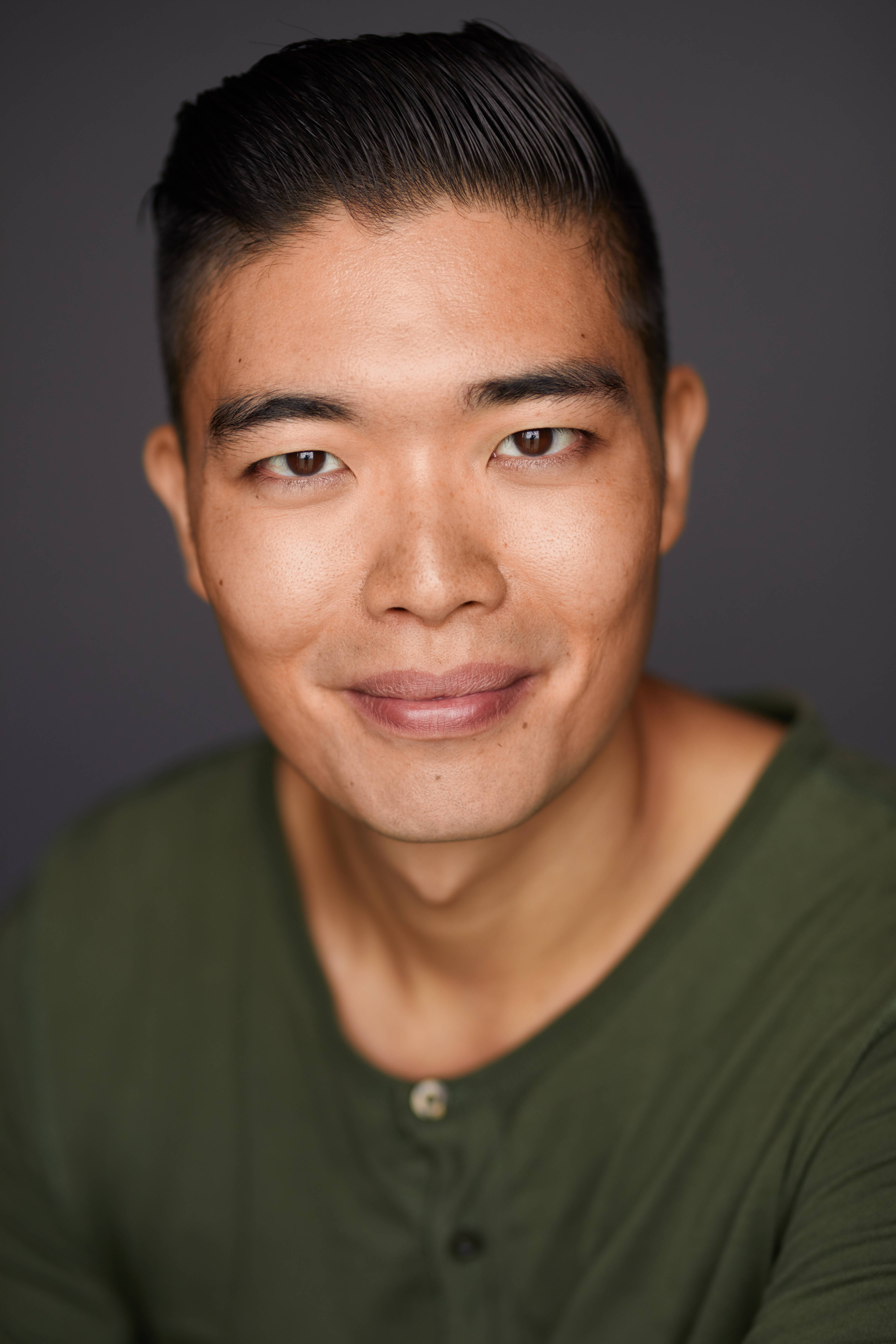 Besides using this as a platform for producing new work and exploring new mediums, one of Sight Lines’ aims is also to position Murder at Mandai Camp as a means of attracting new audience members who may not be regular theatre-goers. Framing the show as a form of entertainment rather than theatre outright, Sight Lines even collaborated with new cocktail company Laut, who will create Southeast Asian-inspired cocktails that audiences can order to enjoy during the experience, to be delivered to their door as part of a show package. “When COVID-19 hit, my biggest question was, how do we keep this industry alive, how do we continue to engage our audiences, and how do we keep creating viable work?” says Tze Chien. “We need to to better prepare ourselves for the future, and to build these foundations as an alternative art form people will be willing to pay for, just as in theatre.” 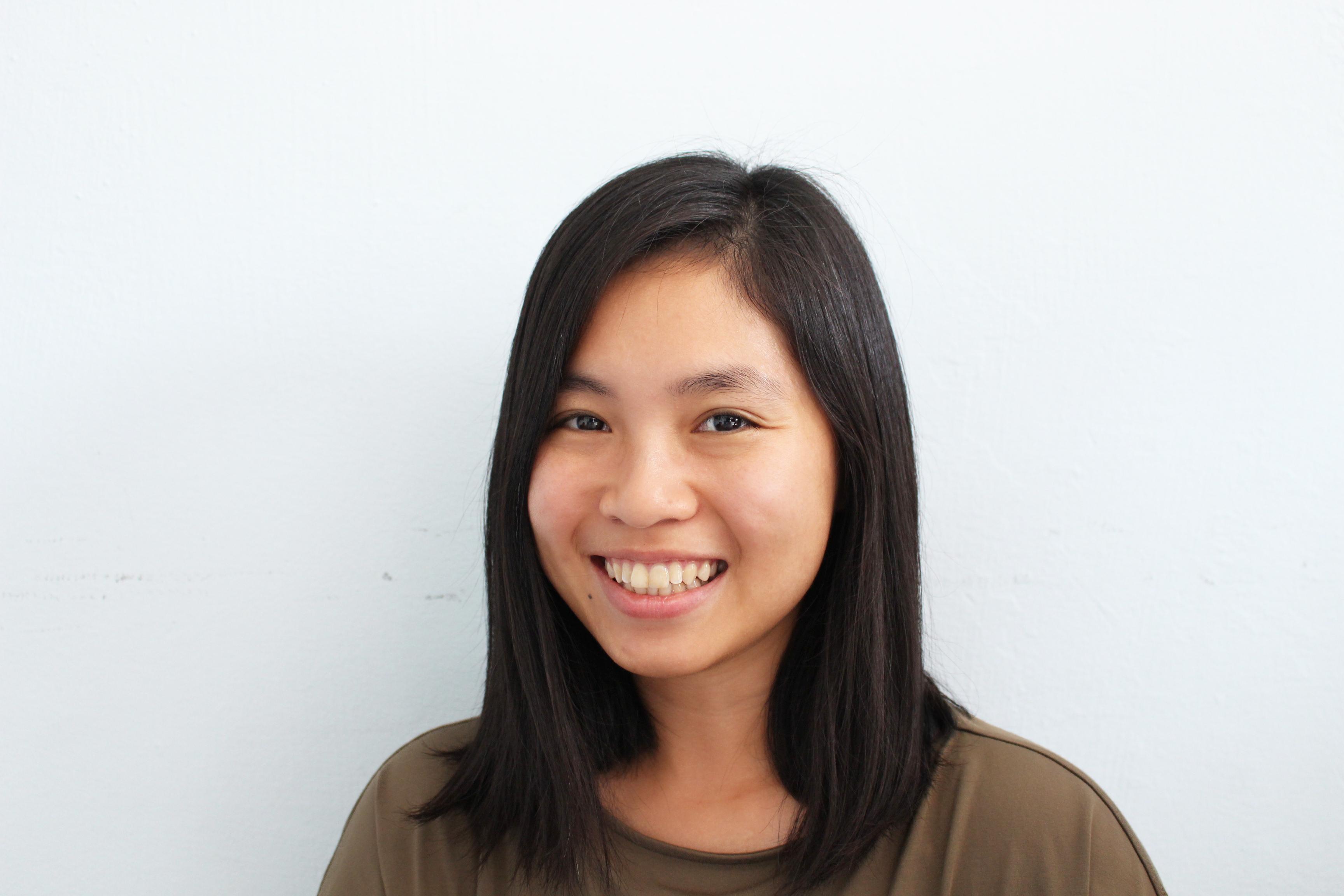 “I know that there’s a lot of people who’re skeptical about whether things can thrive online or not, but there’ve been a lot of pleasant surprises along the way,” says Tze Chien. “I conducted this online workshop for hours on end, and even though I thought people would end up feeling really tired and exhausted at the end of it, some people gave feedback that they’ve had quite a profound experience. If it’s one thing, it’s the imagination that’s immune to viruses, and something we need to capitalise on to push the arts further in this period.”

With such a new medium on their hands, it’s inevitable that there’s a degree of trepidation in the team’s hearts as to how it’ll be received. But in Tze Chien’s eyes, he does not fear ‘failure’, thanks to how much he believes in the project. “As an arts practitioner, you yourself know what’s best for you, and what contributes to your growth and trajectory in your artistic journey,” says Tze Chien. “The responsibility you have then, is to always to give your best in every project, and to produce something to the best of your abilities. In my own body of work, I’ve had my fair share of both successes and failures, and I don’t think anyone can say every work they create is amazing. What’s important to me is that I hope one day, years down the road, maybe someone reads my work and goes, yes, it’s still relevant. The yardstick isn’t necessarily immediate success, since that’s very subjective, but survivability in relevance and relatability through time.”

Ultimately, for Sight Lines, Murder at Mandai Camp represents the next step forward for theatre and the arts, not just within the context of COVID-19 and the restrictions placed on performances, but as baby steps towards the future, and a new way of experiencing arts that is both aesthetic and accessible. “COVID-19 has been bad, but I also see it as a catalyst to even the playing field,” says Derrick. “It’s given us an opportunity to create a whole new genre that could finally be the answer to bringing people together and celebrating culture together with its accessibility. There’s this new wave of enthusiasm, generosity, support and love from the arts community, and we’re so excited to be moving into the theatre of tomorrow, where we’re co-creating work with our audiences and connecting with them in a new way.”

“I like to think of this project as stumbling upon a new toy and just trying to play with it and see how many ways there are to enjoy it,” says Tze Chien. “It’s so fun because it’s new, and we’re making our own rules in this work that no one knows what to expect from. We don’t need to do this, but it’s a way to find ourselves out of the creative funk that’s hit the arts scene. Hopefully things work out, and there’ll continue to be similar ventures in future Right now, we just need to kick things off, before passing the baton to others keep pushing the form further and further.”

Murder at Mandai Camp runs from 26th to 28th June 2020, via Zoom. Tickets available from SISTIC