While Singapore Art Museum (SAM) undergoes a major building redevelopment, SAM continues to collaborate with Singapore artists to present contemporary artworks. The Walking in the City series presents specially commissioned artworks on the hoardings currently installed around the perimeter of the museum buildings along Bras Basah Road and Queen Street.

Engaging with themes such as the history of the SAM buildings and the island, society, urban development, and the environment, the second commission is by Singaporean artist Heman Chong, who represented Singapore at the 50th Venice Biennale. The commission features two artworks – Safe Entry and Writing While Walking And Other Stories on the hoardings around the SAM buildings along Bras Basah Road and Queen Street respectively. Writing While Walking And Other Stories is currently on display, while Safe Entry will be installed in the coming weeks, and both works will be on view until 6th December 2020.

The two commissioned artworks reflect Chong’s practice that is located at the intersection between image, performance, situations and writing. This edition of Walking in the City is curated by SAM Assistant Curator, John Tung. Sharing his thoughts on how Chong’s practice lends itself to the theme of the hoardings, Tung explains, “What drew me to reaching out to Heman for this edition of Walking in the City was his long history of working with eye-catching text and images, and I was interested to see the manifestation of his idea on the much larger scale of the SAM hoardings. I had also learned that Heman was an avid long-distance walker. Having walked thousands of kilometres in both Singapore and other cities around the world, this past-time in conjunction with his extensive art practice made him ideal for responding to the ideas I wanted to share in the series of commissions.”

The hoarding commission can be seen as a continuation of Chong’s practice, namely the aspects of writing and image-making, on an expanded scale, and draws upon the act of walking as the activity that is also the means of his capture of public spaces and the everyday. The artist’s practice thus resonates deeply with Walking in the City’s curatorial premise which references French philosopher Michel de Certeau’s seminal text, The Practice of Everyday Life, as a philosophical starting point, and looks to present artistic expressions of research on various thematic areas in relation to current affairs and on-goings in Singapore. 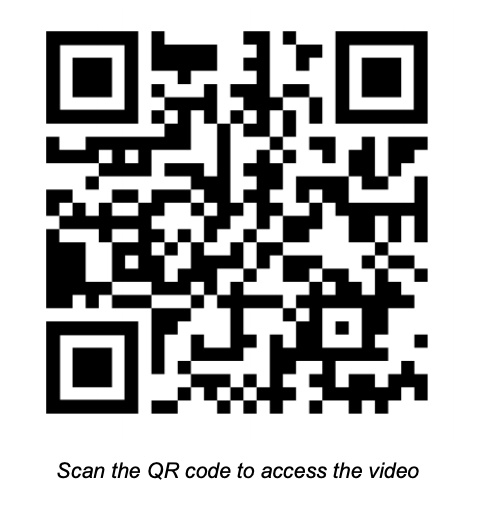 Safe Entry, presented on the hoarding along Bras Basah Road, is a mural produced by repeating a single, enlarged QR code, which has become ubiquitous in Singapore as a result of the COVID-19 pandemic. The final image is an ambiguous, dynamic and unfathomable landscape, created from one of the many representations of the digital data that surrounds us and permeates our lives.

The original QR code used in this mural links to a video of the artist on a long walk in Changi Airport’s Terminal 2 during Singapore’s “circuit breaker,” a term for the country’s COVID-19 lockdown. Terminal 2, which is currently being renovated, parallels the ongoing refresh of SAM behind this hoarding, and members of the public are invited to take a virtual walk through Terminal 2 with the artist by scanning the original QR code, featured alongside the artwork caption on the hoarding.

Writing While Walking And Other Stories, presented on the hoarding along Queen Street, comprises 2,581 words which were written on the move by the artist on his iPhone during an eight-hour meander around Singapore. In this work, Chong compresses the acts of walking and writing into a single process. Each frame is presented in a staggered tile pattern across the hoarding and appears to become animated as the viewer traverses the length of the image, lending the work a filmic quality and sense of the infinite. The newly commissioned outdoor artworks by Heman Chong are part of the Walking in the City series featuring artworks on the hoardings surrounding SAM’s heritage buildings. Walking in the City will continue throughout the period of the museum’s redevelopment.

The commissioned artworks are part of the Walking in the City series on SAM’s hoardings and will be on display until 6th December 2020. For more information, visit their website here

1 comment on “Art What!: SAM commissions Heman Chong to bring art to the streets with new project”