As with most new performance pieces this year, Frontier Danceland’s annual Dancers’ Locker programme has gone digital this year to cope with the ongoing coronavirus pandemic. But rather than letting it hinder them as an unfamiliar medium, the 6 dancers of Frontier Danceland, alongside film producer Jeremy Chua, have capitalised on this as an opportunity to stretch their artistic muscles, each directing a fascinating experimental short film allowing them to explore and expand on their process and identities as dancers.

Alongside cinematographer Nelson Yeo, editors Shannen Mok and Mathias Choo, as well as sound recordist Linh Duong, each of the work-in-progress films presented showcase a keen eye for arresting visuals, bold ideas that often take the dancers more into the abstract rather than outright movement, and good use of the film form to better emphasise and bring out their concepts. While the films touch on topics that vary from drag culture to domestic anxieties, most of them seem united in their shared undertone of solitude and loneliness, and a longing for kinship, connection and community. 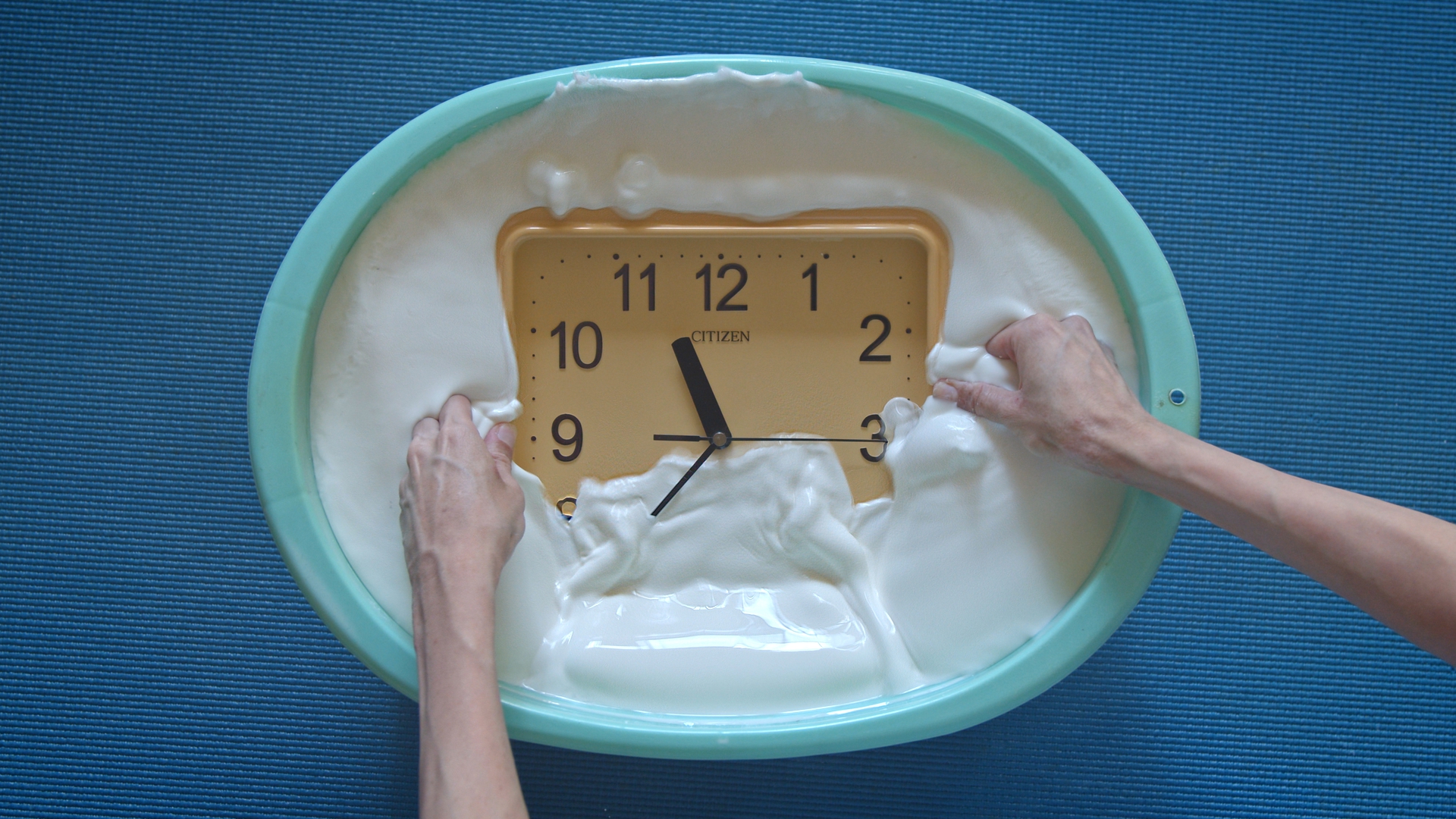 Opening with Ma Yue Ru’s Take Pause, the Singaporean dancer reflects on how the circuit breaker has affected us mentally, offering both comfort and discomfort in being confined to our homes. There is a strong sense of discomfort as sounds are exaggerated and emphasised throughout, a form of hyper-stimulation thanks to the lockdown that makes us more aware of our surroundings and home life. Brightly-coloured backdrops where Yue Ru is pounding chilis or purple paint drips down her arm punctuate scenes where she looks despondently out a window, or close-ups of individual hairs on her arm standing on end. A clock is immersed in a tub of milk in slow-motion, as if time itself seems to have drowned in the new normal, before we hear her interacting with her grandmother online, engaging in banal conversation about the neighbourhood cats while the deliveries pile up and library books mysteriously begin sliding into her shelves. Take Pause is a reminder not to be overwhelmed, and immerse ourselves fully in the here and now, learning to take in all that we are surrounded by and reconnect with our selves and others while appreciating the strange world we find ourselves in at present. 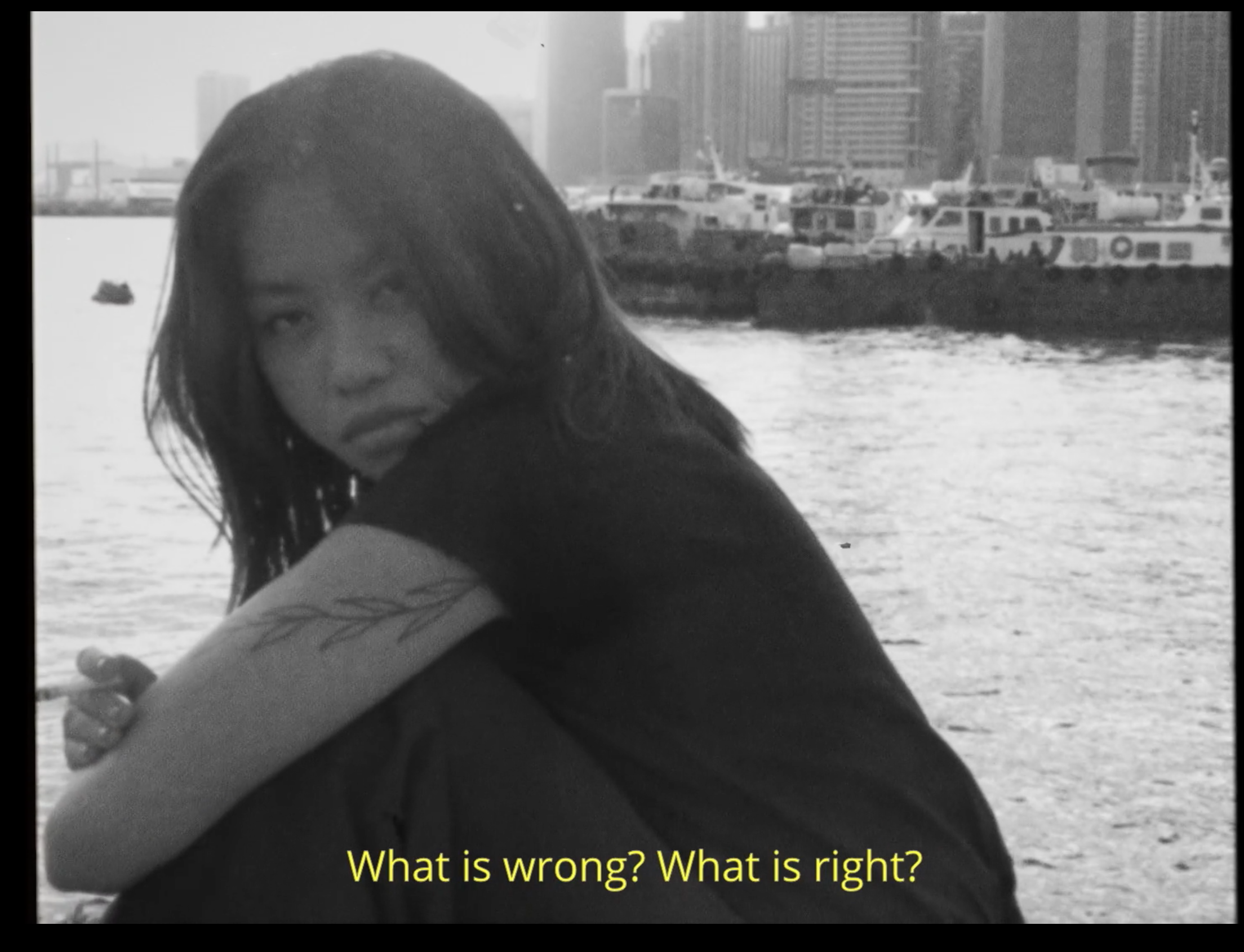 In Konrad Plak’s Zulkefly, titled after the name of his close friend and subject of the film, we follow Nurul Fatin Binte Zulkefly as she goes around Singapore, musing on connectivity and friendship. Overlaid with a grainy, black and white filter, the film calls to mind old cinema, and creates a false sense of nostalgia as Nurul goes about her day. Voiced over in Malay, she thinks about trauma and running away while wandering back alleys and overlooking the Singapore river, looking directly at the camera at times and hyperaware that she’s being filmed, dissolving the line between documentary and performance. There is the feeling of entrapment, a wish for freedom, and above all, a want to understand herself and the world around her, and why it is the way it is. 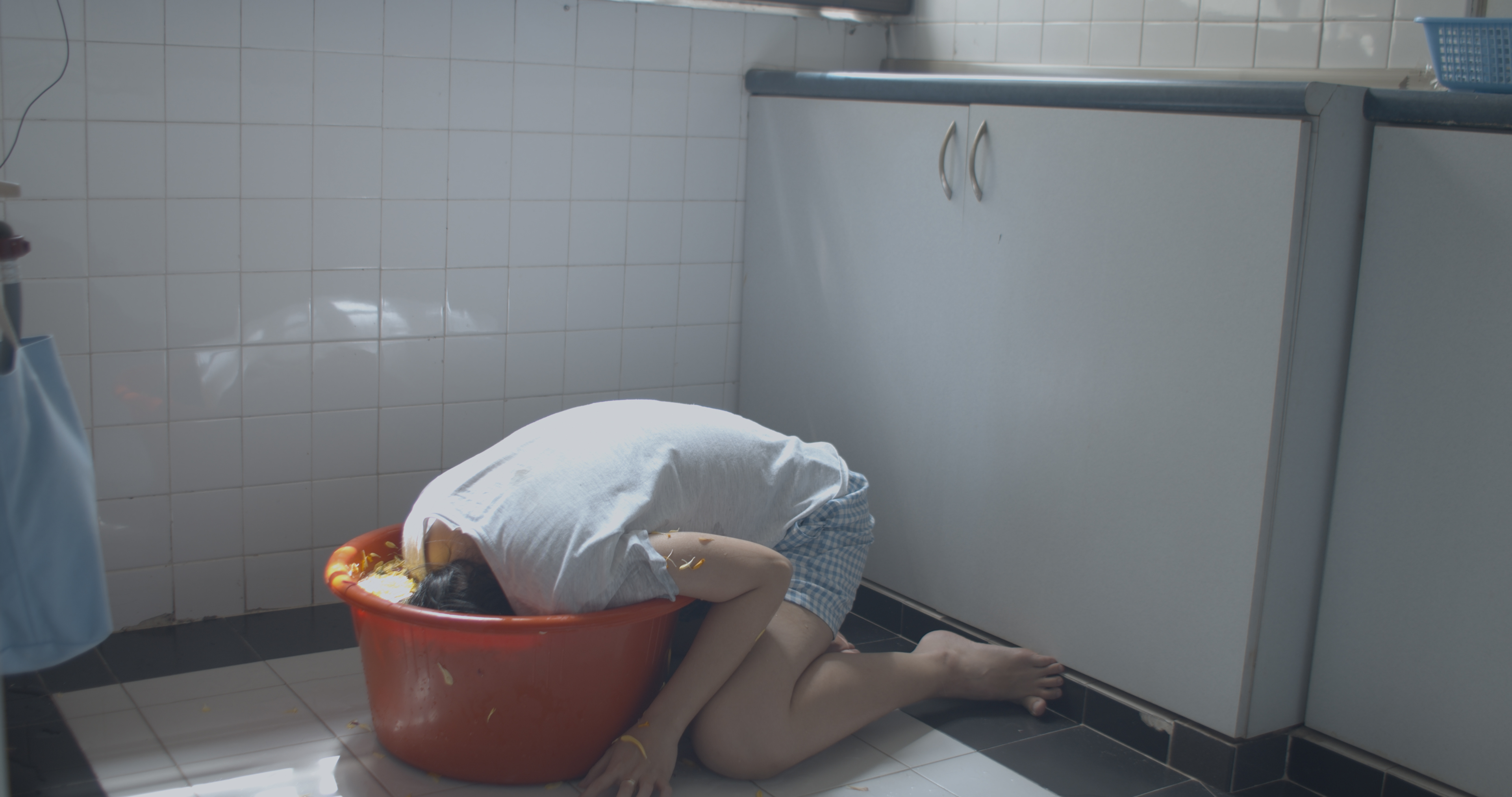 Sammantha Yue’s Here today, gone tomorrow conflates the dancer’s grief from two separate incidents, exploring the process of grieving while on lockdown. In recovering from a recent breakup and recalling her grandmother’s death from years ago, Sammantha finds herself in a state of loss while stuck at home. Ebbing and flowing between depression and ennui, she creates some powerful images in her film, from an tv buzzing with static as it flips through old photos of her family, to a scene where she plunges her head into a basin of water filled with petals (often used for cleansing after a funeral), overcome with grief to the extent of near suicide. Addressing her grandmother, she blows plastic bubbles and pops them on herself, as if leaving behind the remains of painful blisters, before she launches into a rendition of Theresa Teng’s 我只在乎你 on karaoke alone, trying to find a way to desperately distract herself from her own sadness. “No one taught me what it means to say goodbye,” she says, before she releases a sheet out her window, the camera following it as it floats, ghost-like, across the estate. It’s a beautiful image, before we cut to a final scene of Sammantha, now dressed as an older woman, back bent as she trudges across the void deck, the sound of strong winds whipping away at her while smoke billows, as if she is now on a new section of her journey to overcoming grief. 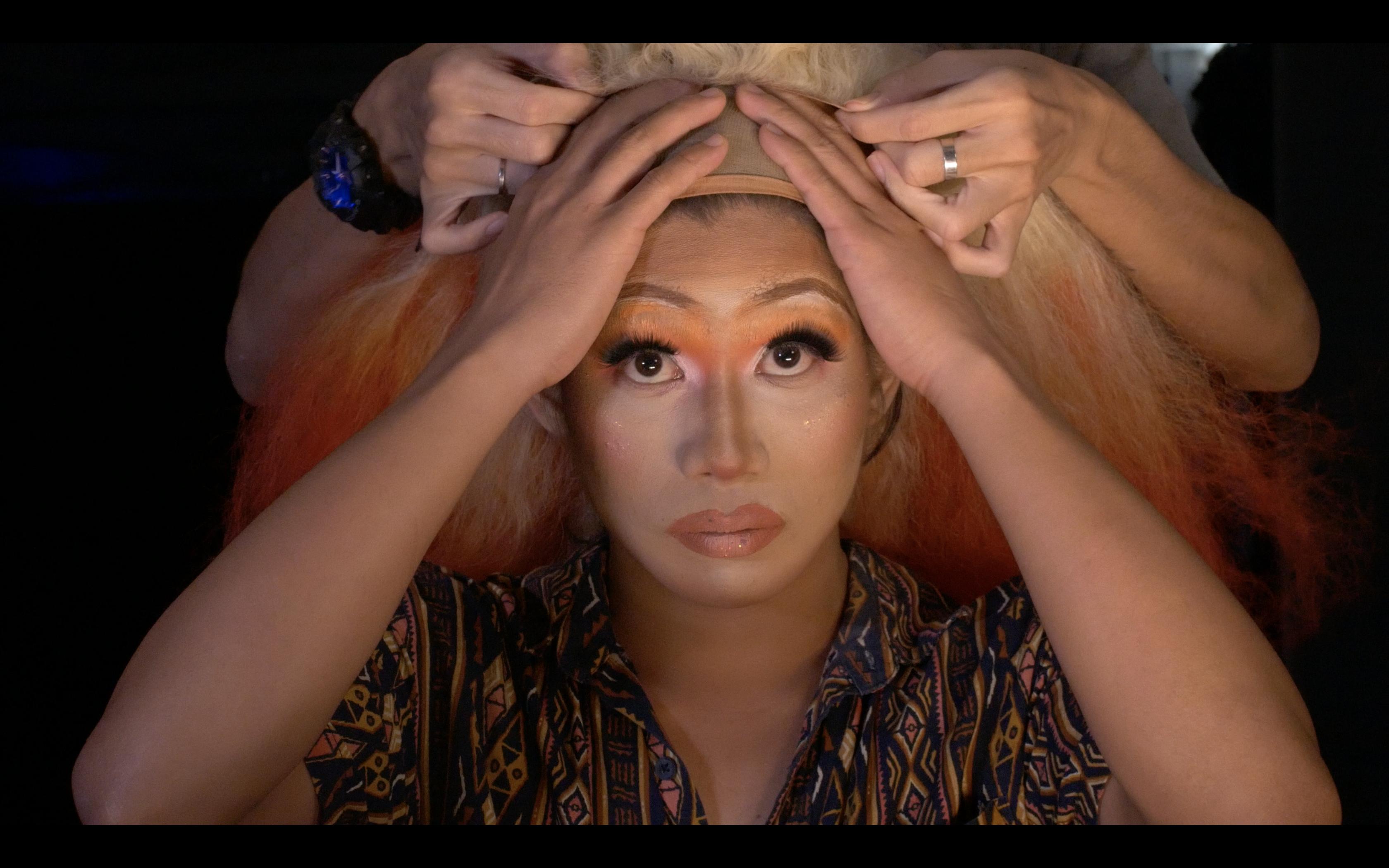 Mark Robles’s Cat out of the Bag meanwhile, explores drag culture and how it is more than just entertainment, as a way to raise one’s awareness of the self, and to come to terms more clearly than ever with one’s own identity. In a voiceover, he comments on his dreams as a child, of becoming an astronaut or of having superpowers, and one realises that drag becomes an avenue to live out one’s fantasies through performance. As he stretches out his body, the camera focuses on his feet, his back while he readies himself, before he begins his transformation into a drag queen, with a detailed montage of his makeup process, walking out on a homemade runway as he dons his best self, boldly and unabashedly. Commenting on how LGBTQ rights are still not yet fully realised in many parts of the world, Mark realises that drag becomes a form of empowerment, to stand out and stand proud, to uncover the parts of himself he hides within, and to use it as a platform to reach greater heights thanks to his drag alter ego. 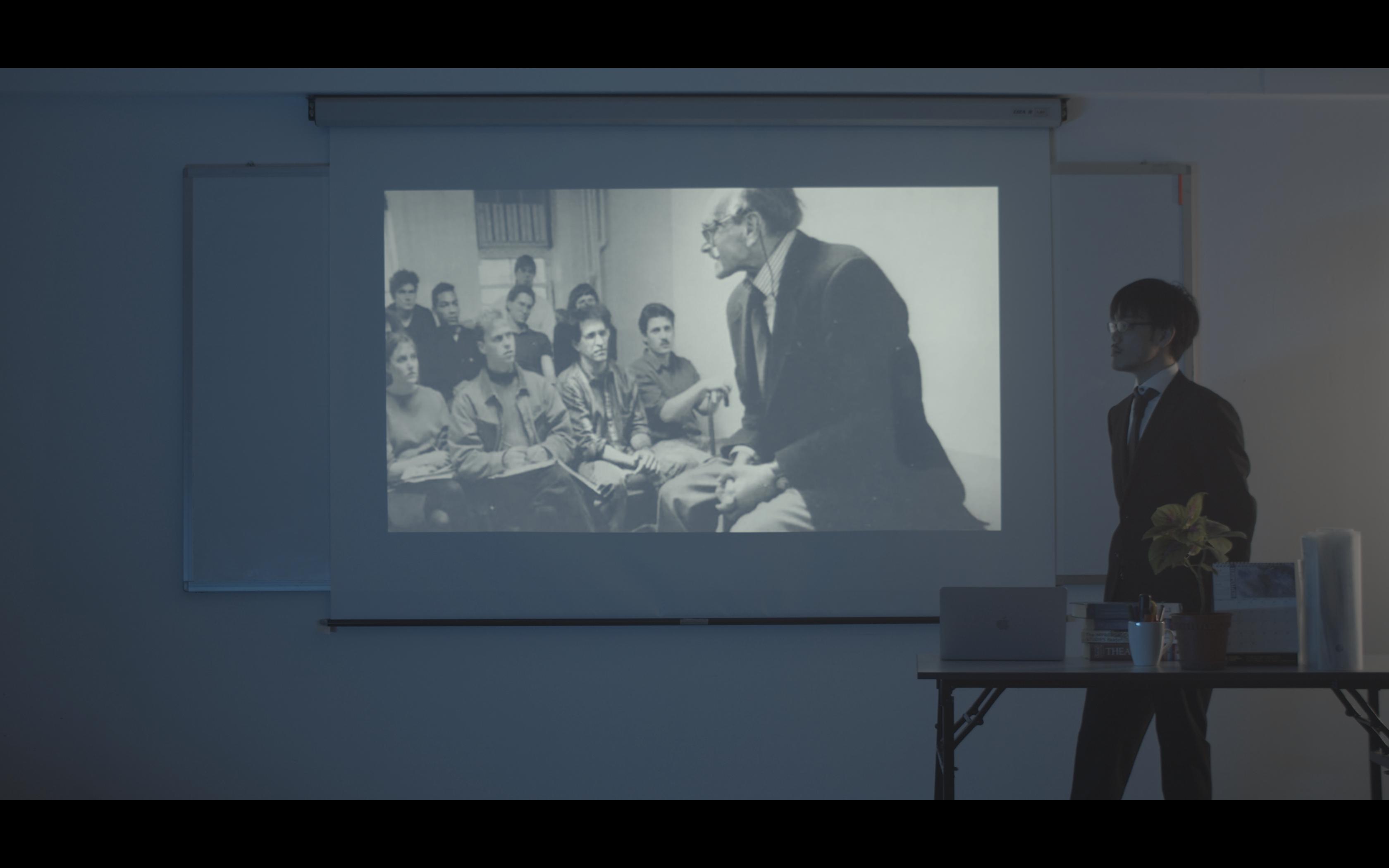 Keigo Nozaki on the other hand, produces what is surely the most unique short film of the night, as he takes on the character of ‘Dr Nozaki’ presenting Open Field: the Foundation of Acting. A kind of lecture-performance, Keigo uses a combination of clips and deadpan humour to comment on how to act well, and what it means to perform. Citing performance academics, criticising esteemed Japanese actor Takeshi Kitano, and somehow segueing the conversation into how soccer players display real emotion and performance when they behave in increasingly melodramatic ways on the pitch, Open Field proves to be a highly entertaining and comical short film, one that paves the way for new methods and perspectives on how to analyse and view non-artistic events through a performative lens, blurring the line between theatre and reality. 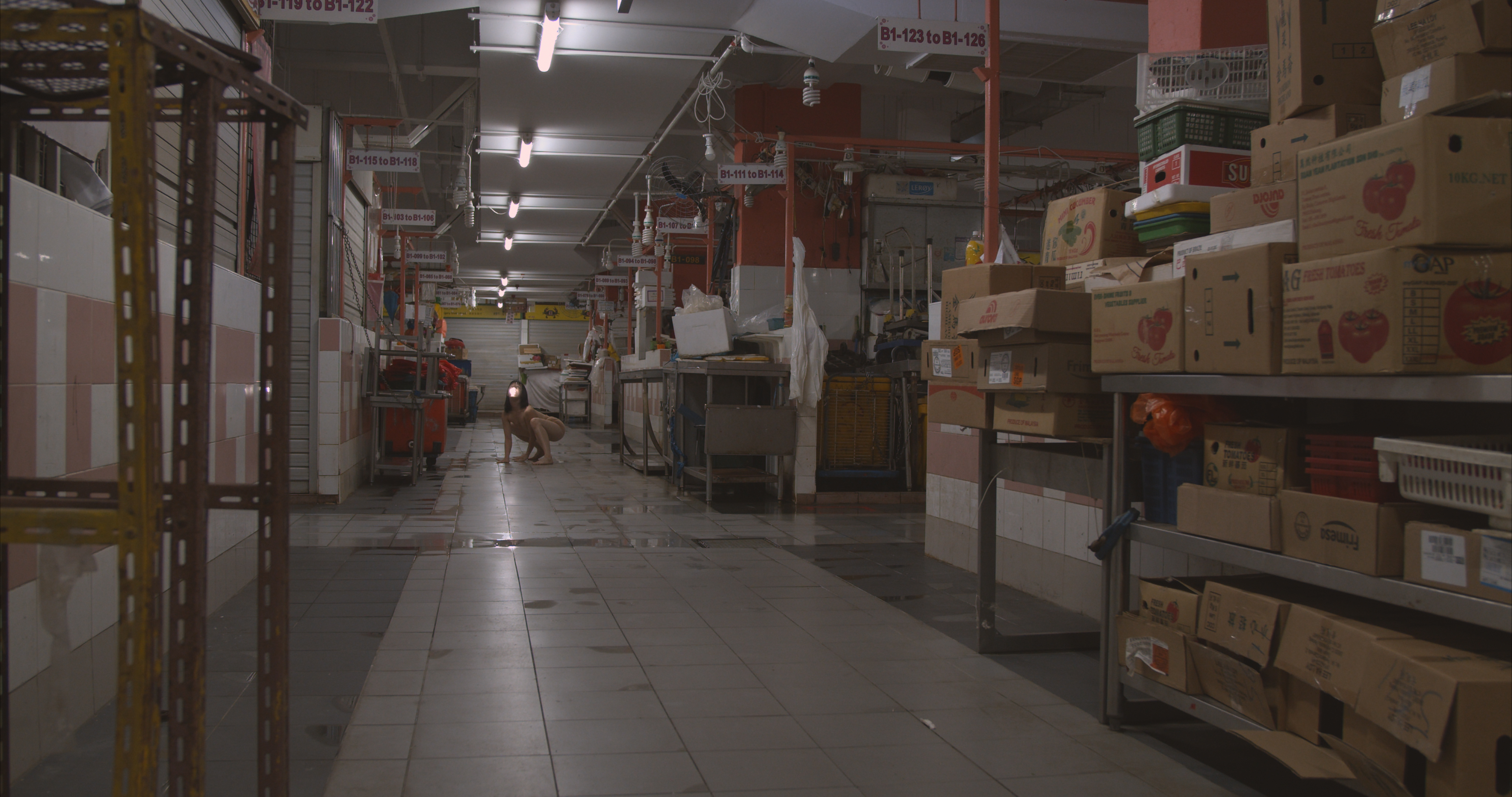 Finally, Tan Xin Yen rounds off the series of short films with You are 56, still counting and keep counting; I am 25, in which she explores the concepts of death and displacement. Reflecting on her dual desires to pursue dance in a foreign country while experiencing an intense homesickness for her home and family back in Penang, Xin Yen allows guilt to course through her while we hear a voiceover of her mother asking about how she’s doing, as she performs intense movements and sequences in the Frontier Danceland studio. Later that evening, she begins to dream of herself as a wandering spirit in Singapore, attempting to make her way back to her home in Penang. Dressed in a nude bodysuit while holding a lit lightbulb with her mouth, she appears feral, otherworldly as she crawls her way through a forest. An intense longing for family emanates from her, to say her final goodbye to her mother before departing for the spirit world once and for all, there is an immense sadness and desperation to this piece that makes us root for her, a clear struggle as she makes her way through eerie, deserted markets and empty carparks to find her way back. She ends her journey exhausted, the lightbulb flickering in her mouth, and we wonder if in future, Xin Yen will be able to live a life without regrets, in the struggle to balance her dreams and her family. 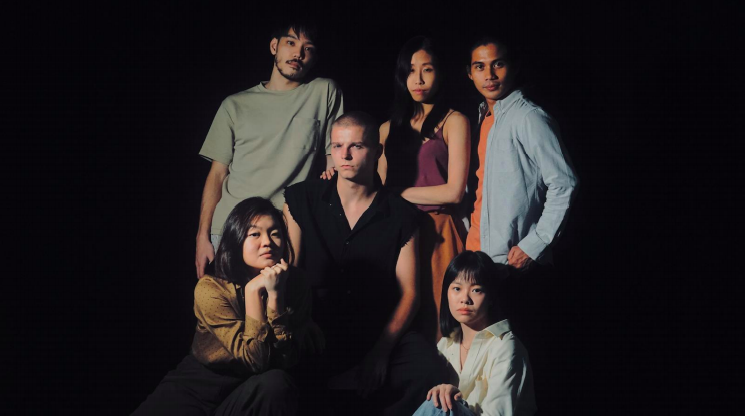 What this year’s edition of Dancers’ Locker has resulted in is a revelation for these dancers, who have found new ways of producing art through the filmic form. Choreographing sights, sounds and framing to allow the mise en scene of each work to bring out their thoughts and concepts, there is a keen attention to detail and visual appeal that manifests in each short film. A fascinating look into these dancer-directors’ minds, Dancers’ Locker 2020 emerges as one of the most professional dance-films to be released this year, where each film would find a firm place in a museum, or an arthouse film festival.

2 comments on “Dance With Me: Dancers’ Locker 2020 by Frontier Danceland (Review)”