It’s never an easy feat getting a record label off the ground, but for RedRecords, a new joint venture between AirAsia and Universal Music Group, they seem to have hit upon a real winner with the very first artist they’ve signed: Thai-German artist Jannine Weigel.

Born in the small town of Steinfurt, Germany, Jannine moved to Thailand when she was just 10. As a teenager, she ventured into the music scene via YouTube, releasing covers of her favourite songs. Gifted with natural charisma, good looks and a beautiful voice, her subscribers and numbers began to grow, and led her to becoming the first Thai singer to receive YouTube’s highly-coveted Gold Button, awarded to channels which had reached 1 million subscribers (and at the time of writing, now sits with over 3.7 million). The influencer’s social media reach doesn’t just stop at YouTube though; she’s also amassed 3.2 million followers on Facebook, 1.7 million on Instagram and over 500,000 on TikTok. 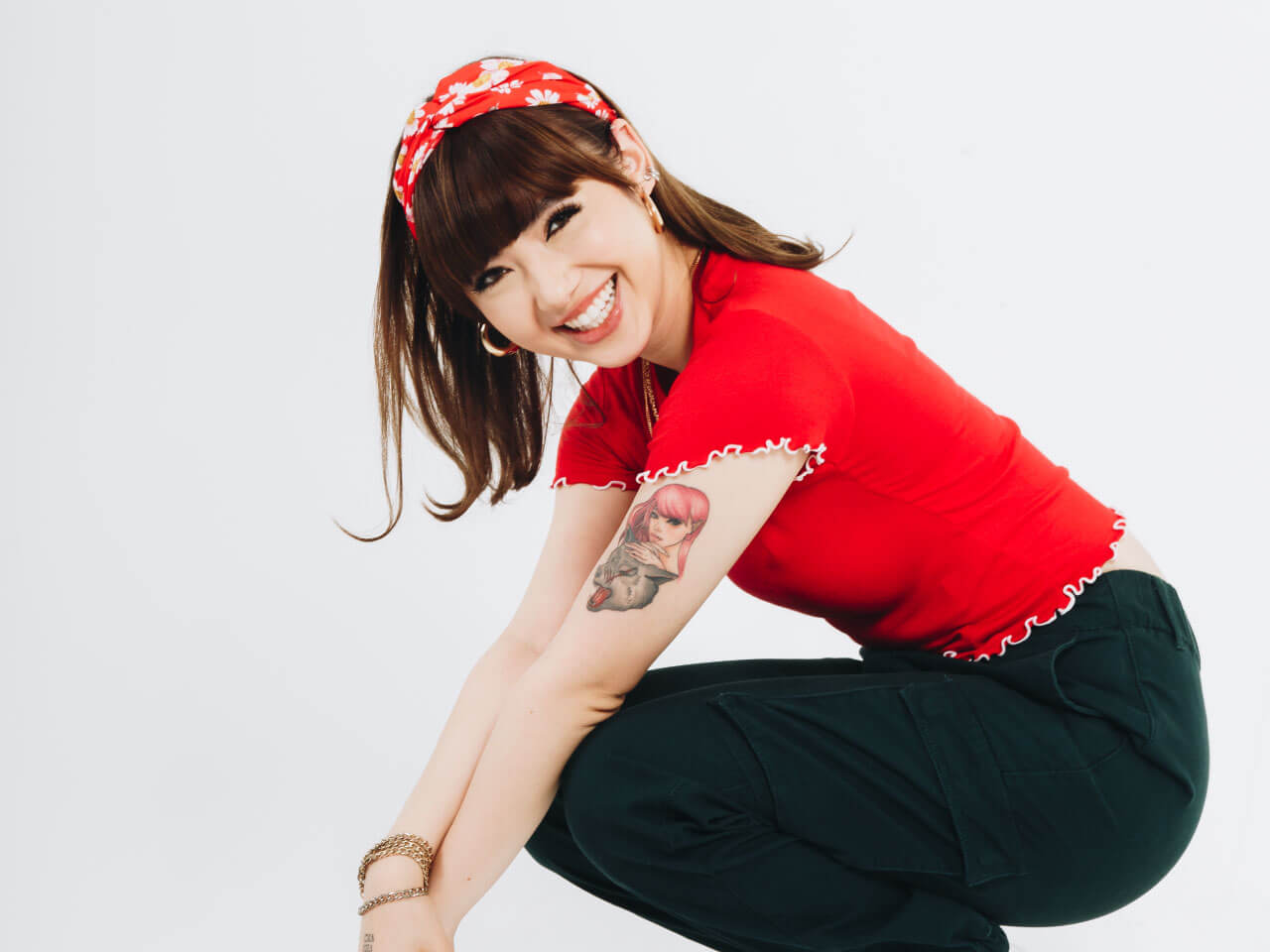 But while most social media queens with that kind of influence tend to let it get to their head, our meeting with Jannine over Zoom revealed that the 20-year old remains incredibly humble, fresh-faced, and eager to use her following for good. All smiles bright and early in the day, Jannine is radiating during our interview, enthused and seemingly sure of herself as an artist. “You know, I’ve loved music ever since I can remember,” Jannine says, regarding how she got her start in music. “Growing up in a small city in Germany, there really weren’t that many avenues or opportunity to explore it. While I started out in acting as an extra in commercials and TV spots, I realised I wanted to try something else. So at age 11, I went to compete in a singing competition, and that led me to really spark my passion in music and desire to pursue it as more than a hobby. I was eventually spotted by my first record label, and thanks to my YouTube journey, that’s really how I was led me to where I am today.” 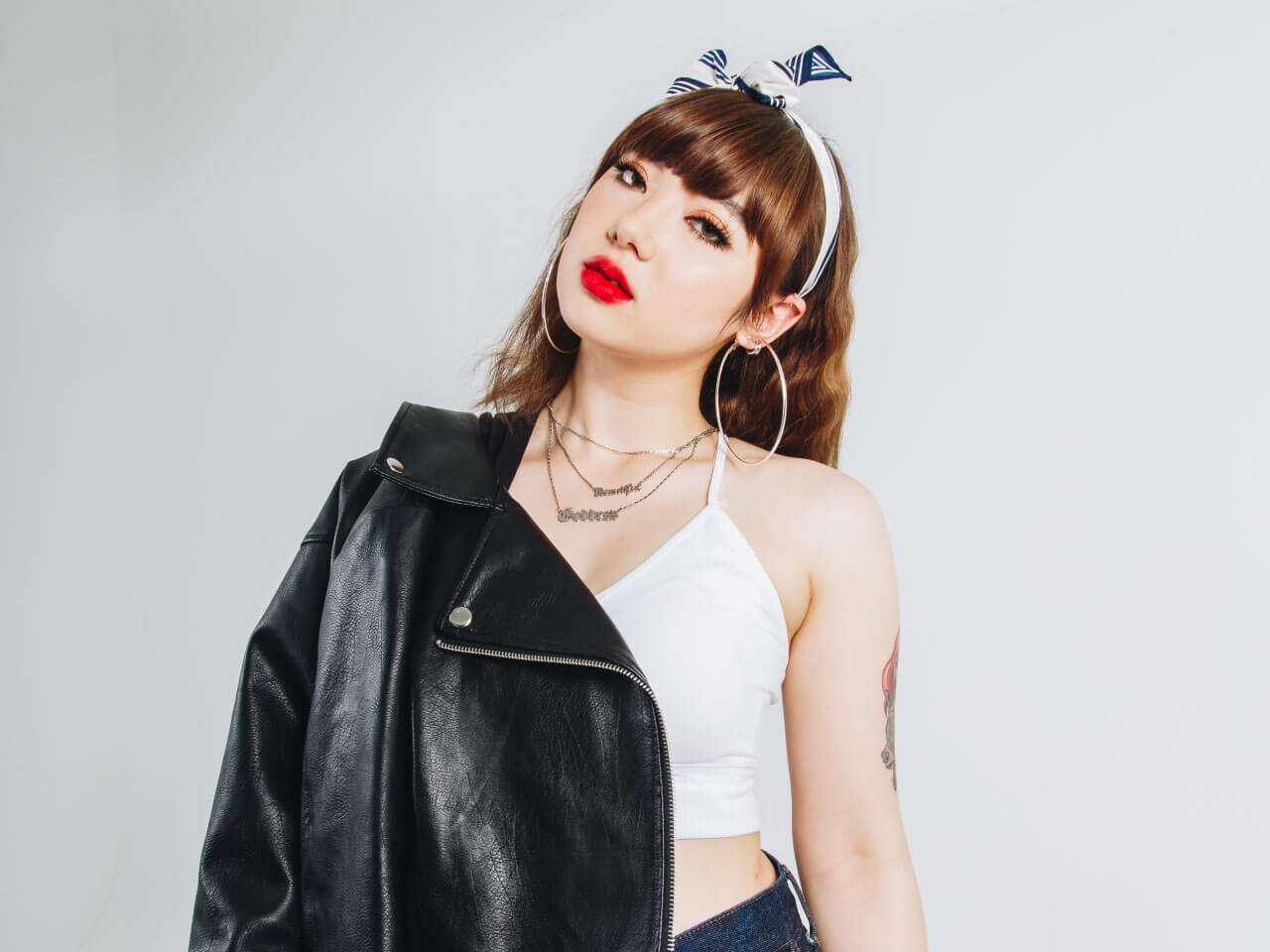 On how she came to be signed with RedRecords, Jannine comments: “In 2018, I got a chance to work with Universal Music Singapore, and we did a couple of projects and released a few songs. I kind of got a little burnt out from work after that, and took a break, trying to figure out what I wanted to do with my future. I was thinking of going back to Germany, and studying music for a while rather than continue pursuing it as a career.”

“But then the week after, Universal Music contacted me, and told me about the chance to get signed to RedRecords. I didn’t know much about them, did some research about them and how AirAsia was involved, and finally decided that I didn’t want to pass up a once-in-your-lifetime opportunity, and signed with them in December 2019.” 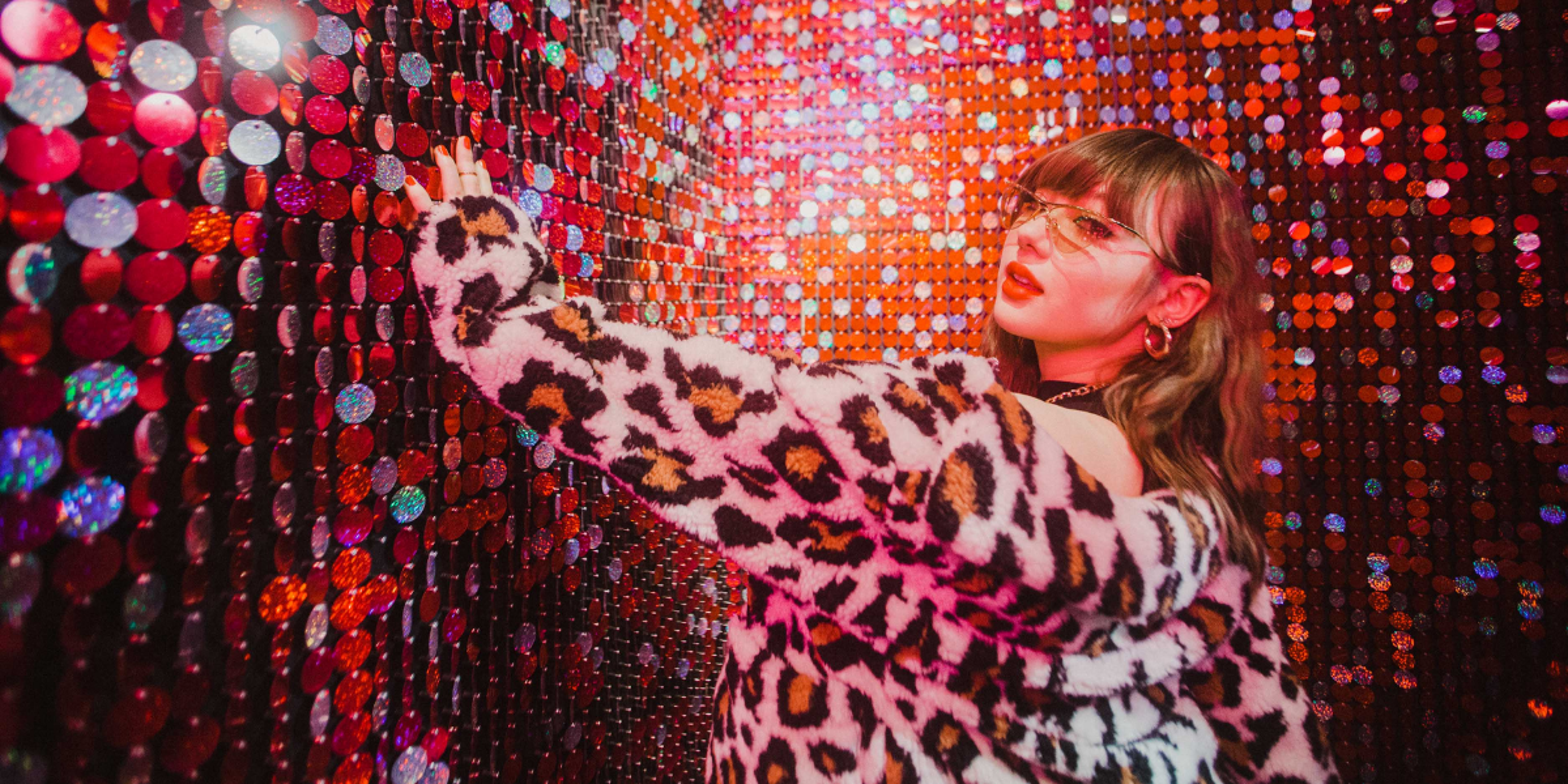 It’s no surprise that Weigel was a little burnt out; in that same period, not only was she releasing music, but also acting in films such as Thai box office horror-comedy Pee Nak, and even received a nomination at the MTV Europe Music Awards for her song “Words”. “You know, if I didn’t go down this route, I think I might have become a professional swimmer instead,” she muses. “I actually did that for 4 years when I was younger, and we’d go around different cities in Germany to compete. Alternatively, I might have become a designer and went into fashion, because I remember how I loved seeing my mum do that when I was a kid.” 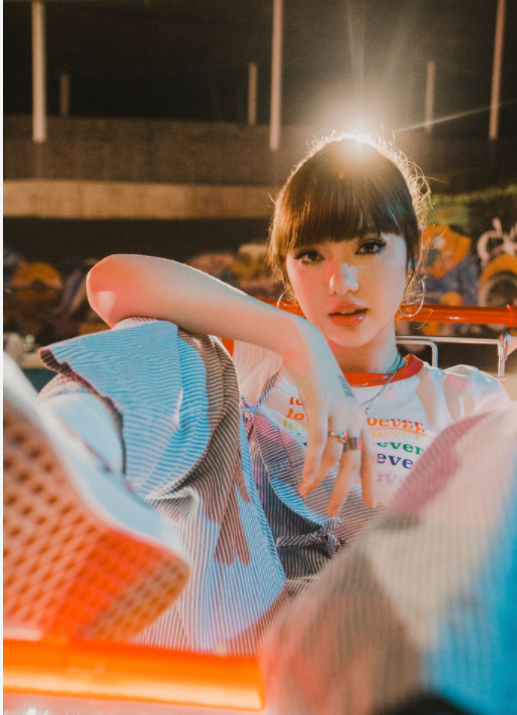 There’s no looking back for her now though, with even more success set for her on the horizon thanks to the hit her debut single under RedRecords has become. Freshly released in late September, “Passcode” was produced by Grammy-nominated record producer Tommy Brown, who has worked with artists ranging from Ariana Grande to Fifth Harmony – so Jannine is definitely finding herself in good company. “I got to work with Tommy because RedRecords linked me up with him, and we got to talking. I got a chance to visit his studio, and I was really amazed how respectful he was of my thoughts and ideas,” Jannine says. “It was hard to find the right song to use as the debut single, but we eventually chose it from among a few demos Tommy sent. We tweaked it a little, added and changed some parts, and it became the song you hear today.” 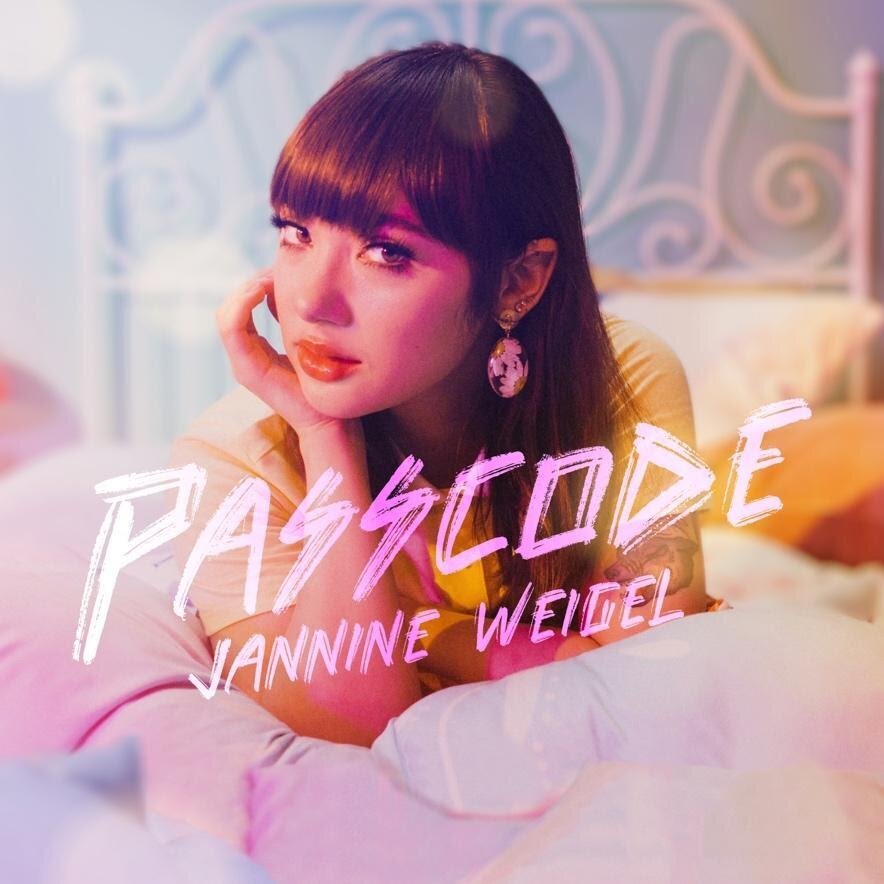 Co-written by Canadian singer-songwriter Jessie Reyez, “Passcode” is an upbeat dance-pop anthem about a girl so into someone, she borders just a little on crazy in love, with their passcode as a not-so-subtle metaphor for wanting to know every little detail about them, from texts from their ex to exchanges with their mom. “I think that the lyrics are at least 80% me, because I’m the kind of person who’s a little cautious when it comes to love, and a little guarded before opening up, but wants to know all about someone the moment I meet them,” Jannine admits. 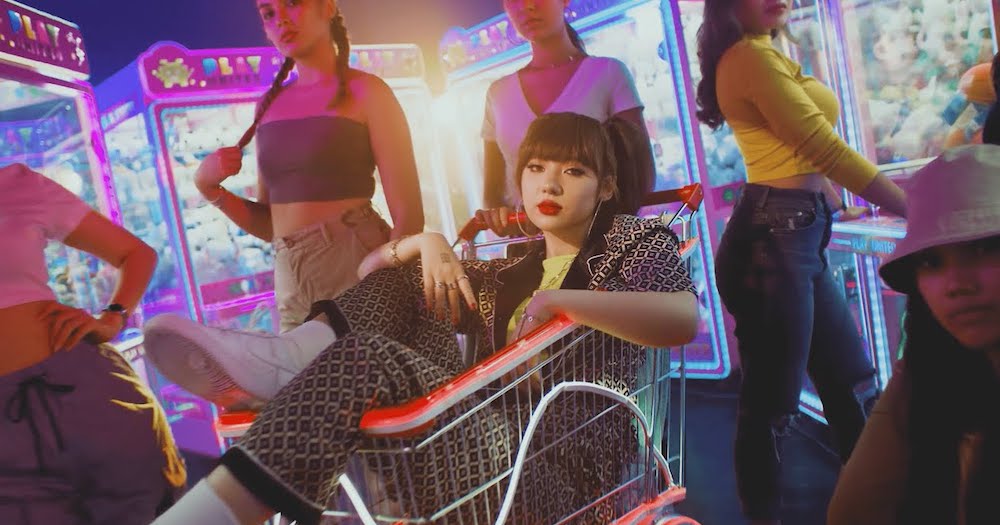 It helps that the single comes with an earworm of a chorus that’ll no doubt get stuck in your head, one you won’t be surprised to find being played on radio and at the malls hopefully before long. “Passcode really marked a new chapter in my life. Even though I’ve done songs in English before, that was mostly as an independent artist, where I’d invest with my own personal finances and do most things by myself,” Jannine explains. “But all that changed when I finally signed, and I found that beyond my family and friends, I suddenly had all this support I never knew I could get from the industry, and it made things a lot easier.”

That would also explain the high quality of the accompanying music video, directed by Philip Rom Kulleh. Replete with eye-popping colours over a vintage-looking filter and hand-drawn animation, it’s certainly an MV that’ll catch your eye. For those in the know, the MV also features some of Malaysia and Thailand’s biggest TikTok influencers, and was completely shot in Malaysia about a month ago. “It was a really fun shoot for us, and even though it was done during the COVID-19 period, we made sure that there was safety distancing and all the safety measures in place to minimize risks,” says Jannine. “I really liked the various locations we shot at, from the skate park to the arcade, and it just felt good to be on set again and really have fun letting loose with the music.”

While ‘Passcode’ is already a hit, with the backing of RedRecords and how they’ve committed themselves to developing and showcasing their Asian artists to the world, Jannine is already planning for her next single and beyond, and possibly – even an album in the near future for the would-be superstar. The only way to find out, is to add yourself to her ever-growing list of followers, and keep an eye out for how her star continues to rise.

0 comments on “The Banter: An interview with rising pop star Jannine Weigel on new single ‘Passcode’ and working with RedRecords”