There’s never been a literary festival quite like the 2020 Singapore Writers Festival (SWF), thanks to the ongoing pandemic. With travel restrictions preventing international stars flying in and social distancing measures in place across venues, it didn’t make sense to hold live events. Still, with all the efforts that went into planning the festival, it didn’t make sense to cancel it. Which is precisely why most of the events at SWF this year were shifted online, using the digital space as a substitute for the physical one, and possibly, finding new meaning and poignance through this new form.

Going digital has certainly had its share of ups and downs for the festival. For one thing, the festival feels notably less festive in nature, with all of its events gathered in a single online hub. There’s a distinct sense that this year, the festival has become noticeably more like an online conference, not just with the physical distance, but the lack of live Q&A sessions further detracting from the dynamism of the festival.

Certainly, there is greater freedom and elasticity of time, thanks to the video-on-demand service uploading the previous ‘livestreams’ for passholders to enjoy at any point. But even these ‘livestreams’ are pre-recorded, and the passholder feels more like an observer than a participant, with little reason to attend the livestreams and to binge the video-on-demand instead. It’s interesting to see most of the writers in ‘attendance’ seated comfortably within their own personal living space, but many lack a proper camera setup that stands in stark contrast to the SWF moderators’ professional, higher quality ones, especially when both author and moderator’s screens are juxtaposed side-by-side.

But perhaps that is precisely what intimacy means, where the guests themselves are the ones baring it all, to allow us into this raw, digital world they’re only half used to, without the aid of professional cameramen or equipment to make them appear glossy and constructed. Intimacy also involves a certain degree of vulnerability, something that was felt across the conversations with all the international authors, each of them sharing about their time in lockdown, and how it’s offered them much-needed space to reflect on the going-ons of the world, and the redemptive, healing power of words and writing. Take for instance mother-daughter author duo Leila and Rain Chudori from Indonesia, who shared a conversation with each other as they reflected on their differences and similarities as writers, the times they grew up in and their choice of subject matter. 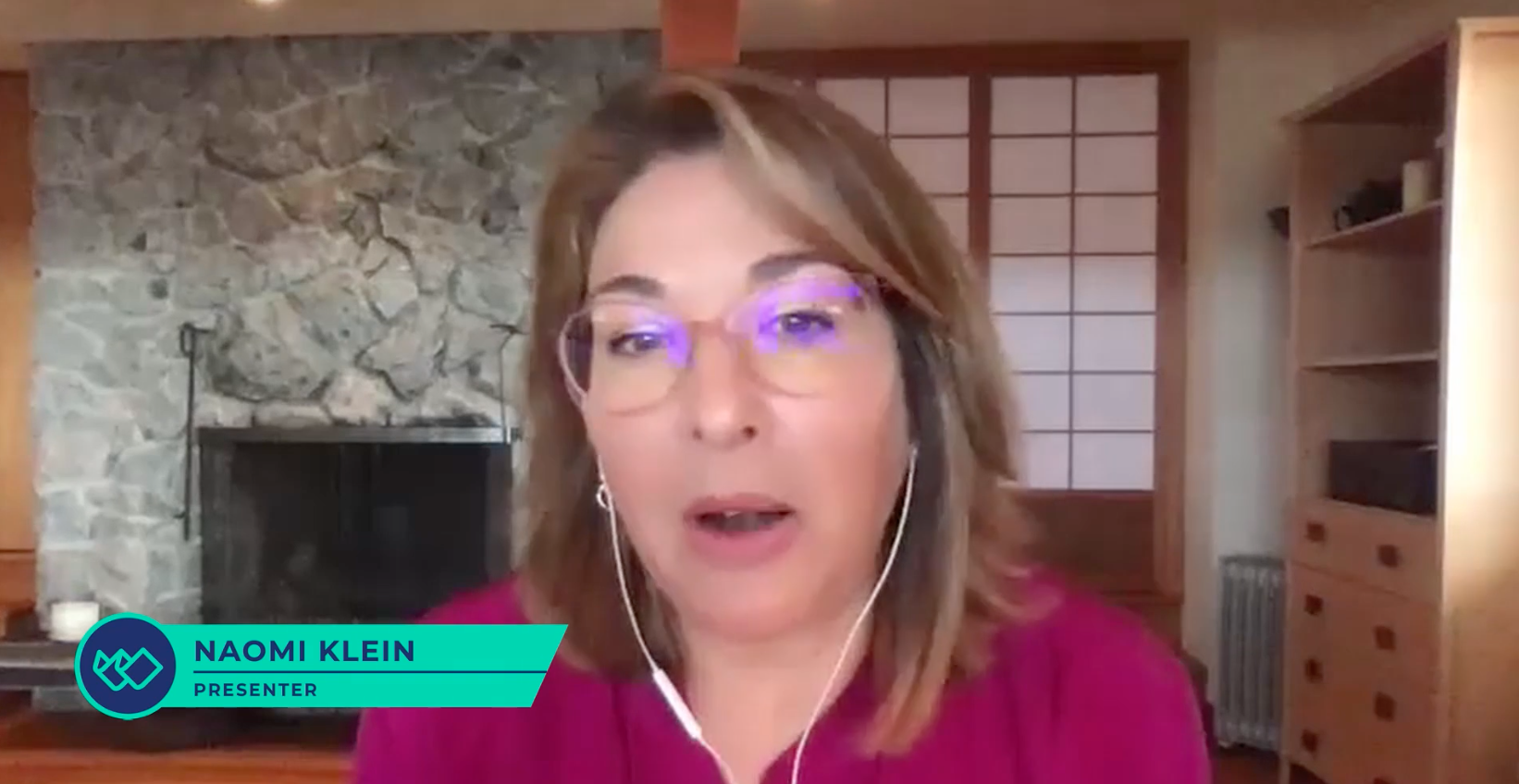 On Fire author Naomi Klein spoke about her reflections on climate change and our solidarity in shared vulnerability, with moments of joy tinged with fragility. Poet Tracy K Smith spoke of using words to make sense of the world, especially with the anxiety and stress of the world. Maus author Art Spiegelman reflected on art and how equality and liberty seemed to be under threat, while poet Sharon Olds’ conversation felt like a celebration of four decades of writing, and the freedom of ecstasy and celebration of the body as she harnesses the power of poetry to tell the truth. Essayist and novelist Zadie Smith offered her own thoughts on the youth of today and the need to extract ourselves from the droll of social media, while The Handmaid’s Tale author Margaret Atwood stood out as possibly the author with the clearest conviction to her craft, as she chatted to Balli Kaur Jaswal on being an ‘icon’, and the importance of writing in addressing critical issues.

Above all, it was the human voice that took precedence in this particular festival. Looking beyond the visuals, what remained a constant was the quality of the language and words each speaker chose to use. A spotlight was shone on local poets, from Aaron Lee to Joshua Ip, as they read their poems aloud and took the time to explain the meaning behind each one in Poetry Bites, while voice was quite literally the only thing we could rely on in the wild, mystic world of Night Spin 182.7FM, allowing us to rediscover the power of radio, closing our eyes and letting those words take us to another dimension. 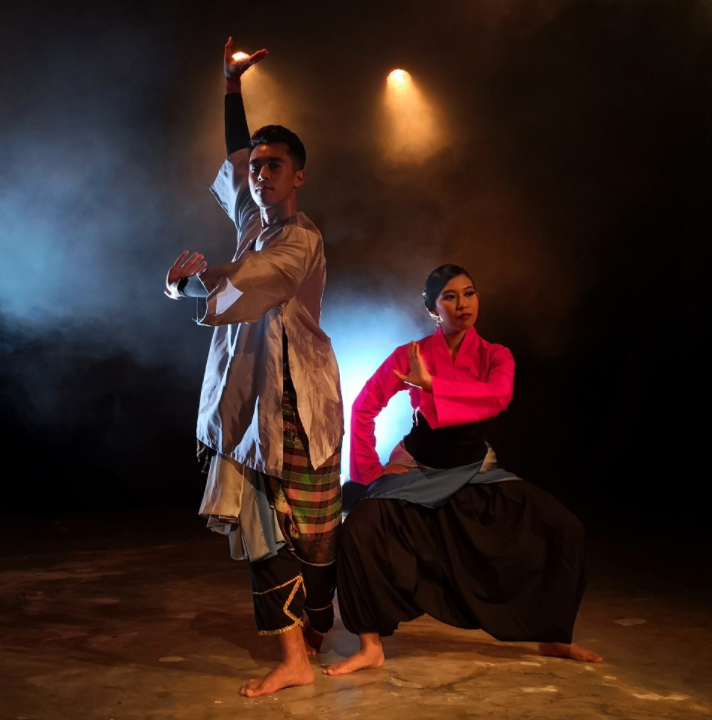 On the visual side of things, series such as dance-meets-poetry project Keintiman brought a performance element to the festival beyond simply listening to talks and lectures endlessly. And of course, the hotly anticipated Closing Debate would go on, this time tackling the all-too possible reality of whether Singapore would survive a zombie apocalypse. Tongue-in-cheek with their points and performative when they needed to be, standout speakers of the debate included Arianna Pozzuoli with her impassioned belief in Singapore’s technology and David Attenborough parody of a documentary of zombified Singapore, and Rebekah Sangeetha Dorai, with her signature perfect mimicry of the MRT announcement voice and convincing argument that it is the minorities who will survive. Props too goes out to moderator Shamini Flint, always ready with a scathing (but scarily accurate) remark to add fuel to the fire, and the debate as a whole feels enjoyable enough, even if we didn’t get to experience it live, thanks to the energy and banter from the participants.

As Festival Director Pooja Nansi states in her opening video: “The idea of mental health kept coming up, because there’s something really weird about this year, we’ve all been stuck in our bubbles at home. We all went maybe 3 weeks without seeing anyone, and that takes a toll on your mental health, some people found it peaceful but some people found it lonely. I found it harder to focus on reading, and thought about the role of reading and writing. But maybe the act of it has shifted, we’re reading other people’s stories around the world, not just fiction but turning to other people’s lives.” 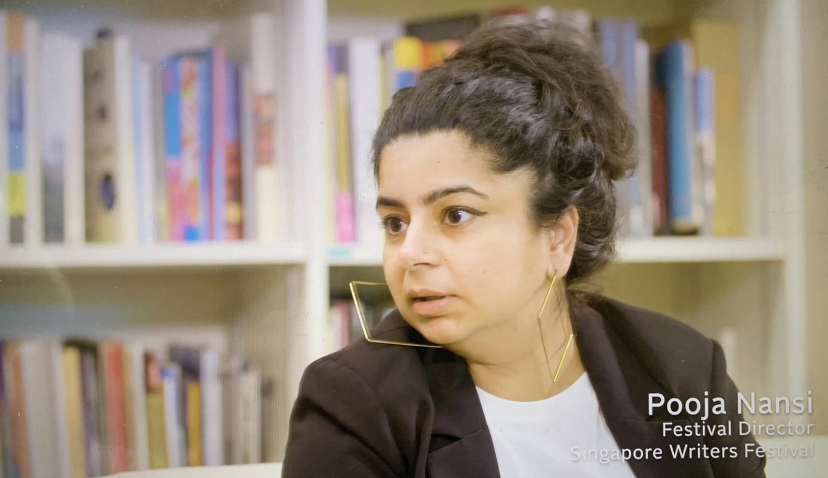 “When discussing it with the team, we wanted to really galvanize and recontextualise the festival this year,” she continues. “And I picked the theme of ‘Intimacy’ because I was thinking about social distancing and it felt like this weird lonely experience. But the whole world was opening up digitally and getting more access to literary events, and that was an interesting tension to explore, as we wondered what possibilities the digital spheres offered for programming.”

We could go on about how the site’s navigation was oftentimes confusing, with a difficult to read schedule and video-on-demand page that required plenty of scrolling to get to the video you wanted. We could go on about how live events were inserted at the last minute without much warning or fanfare, leaving the lesser known ones with a pittance of audience members. Or we could go on about the effort that went into the online bookstore, which was surprising, as it seemed to cannibalise on other local independent bookstores that already had their own online system without adding much to the experience.

But perhaps, seeing as how extraordinary circumstances have been, SWF 2020 has managed to make do with what they can in their limited time, an almost experimental effort as they went digital for the first time and tried their hand at porting the festival online, to varying degrees of success. It’s a trying time for everyone, and it’s best we learn to embrace this edition as an opportunity for the team to learn to adapt should they ever need to again in future. Intimacy comes in many forms, and for us at least, SWF 2020 feels almost like a break from the usual flurry of events we see every November, allowing us to enjoy it much like a good book – curled up in the comfort of our beds after a long day, and letting us immerse in its sights and sounds completely to understand our strange new normal as it is.

The 2020 Singapore Writers Festival ran from 30th October to 8th November 2020. Interested members of the public can still purchase a digital festival pass to give access to the video-on-demand service on SISTIC Live until 18th November 2020. For more information, visit their website here