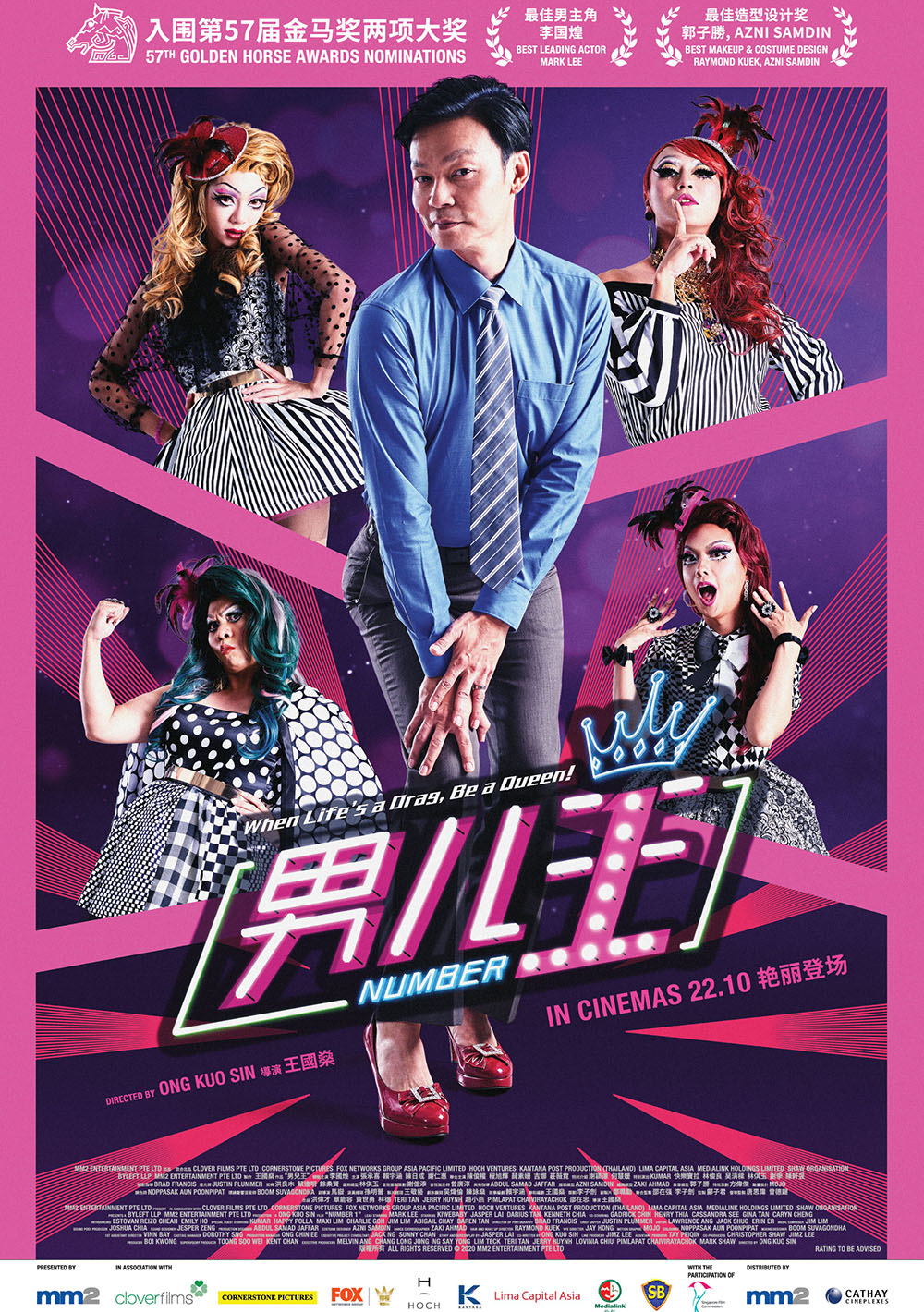 One of Singapore’s first openly queer Mandarin films brings drag and LGBTQ issues to the mainstream with heart and humour.

RuPaul may have brought drag culture to mainstream audiences all over the world, but here in conservative Singapore, the idea of a man dressing up as a woman continues to be seen as a thing to be shunned, and a source of shame for most families. But perhaps all it takes is a brave soul to take the first step to saying ‘it’s ok’, to start the long process of changing both hearts and minds.

That comes in the form of Ong Kuo Sin’s latest film to hit cinemas – Number 1. Unlike his previous film Wonder Boy however, Number 1 is likely to find a new set of audiences, in part thanks to primarily being in Mandarin, and the presence of longtime star of local film and television Mark Lee. Never before has LGBTQ culture been put front and centre in a local, mainstream Mandarin film, and treated as a subject worthy of crafting three-dimensional characters and stories beyond one-off jokes. 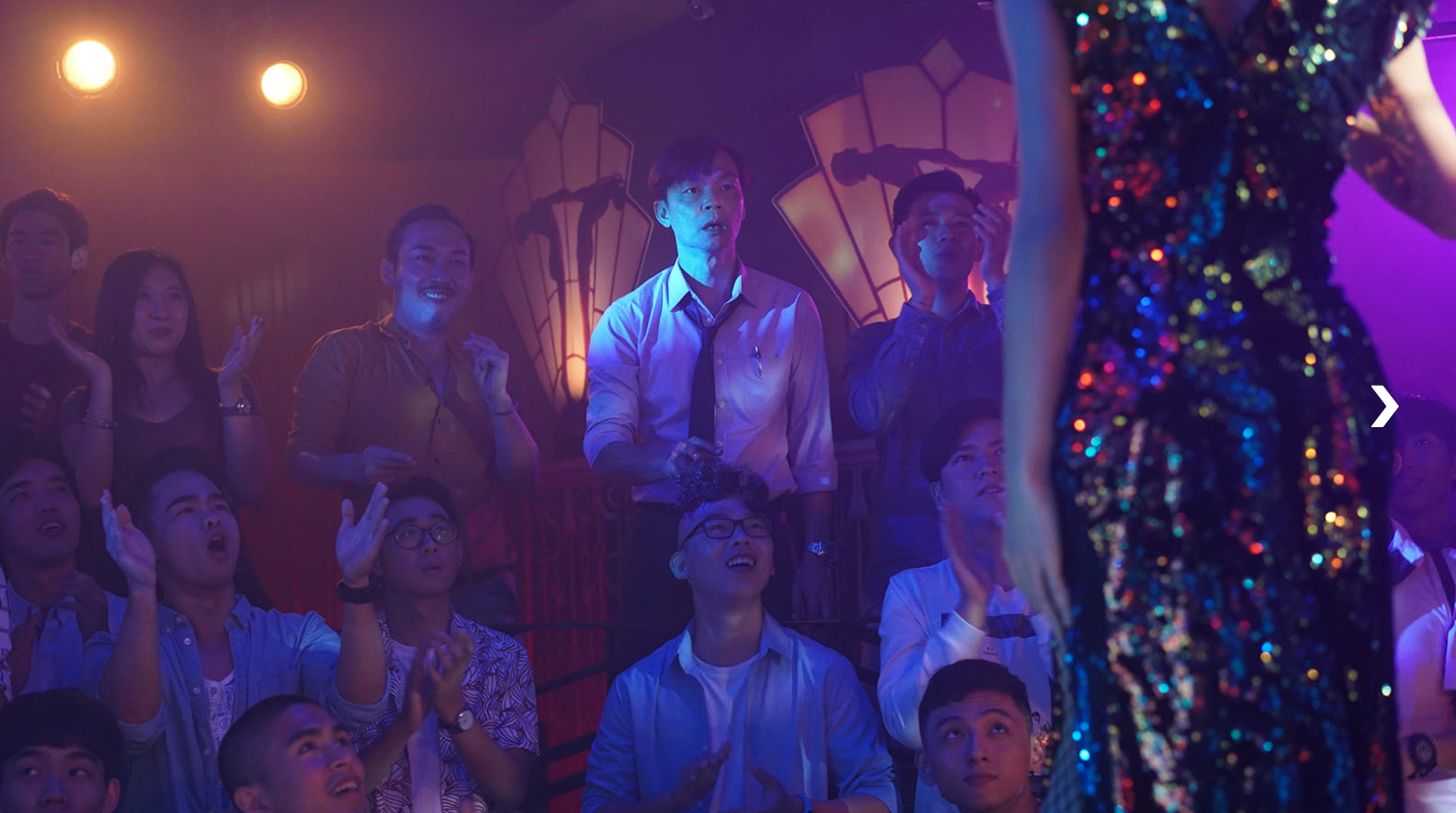 Written by (and also starring) Jaspers Lai, Number 1 follows middle-aged Chow Chee Beng (Mark Lee) who has just been unceremoniously retrenched by his company. With bills to pay and his pride preventing him from telling his wife (Gina Tan), Chee Beng’s desperation in his search for a job lands him a position as a manager at night club ‘Number 1’ (with its owner played by Henry Thia). Little does he know however, that the star performers of this club are in fact, drag queens (Jaspers Lai, Kiwebaby, Darius Tan, and Kenneth Chia) excelling at sultry and campy lip sync numbers. While hesitant to accept them at first, it’s not long before he begins to see them as close friends and family, and somehow gets roped in to join them onstage as their newest queen. But how long can he keep up this dangerous double life before the truth comes out? 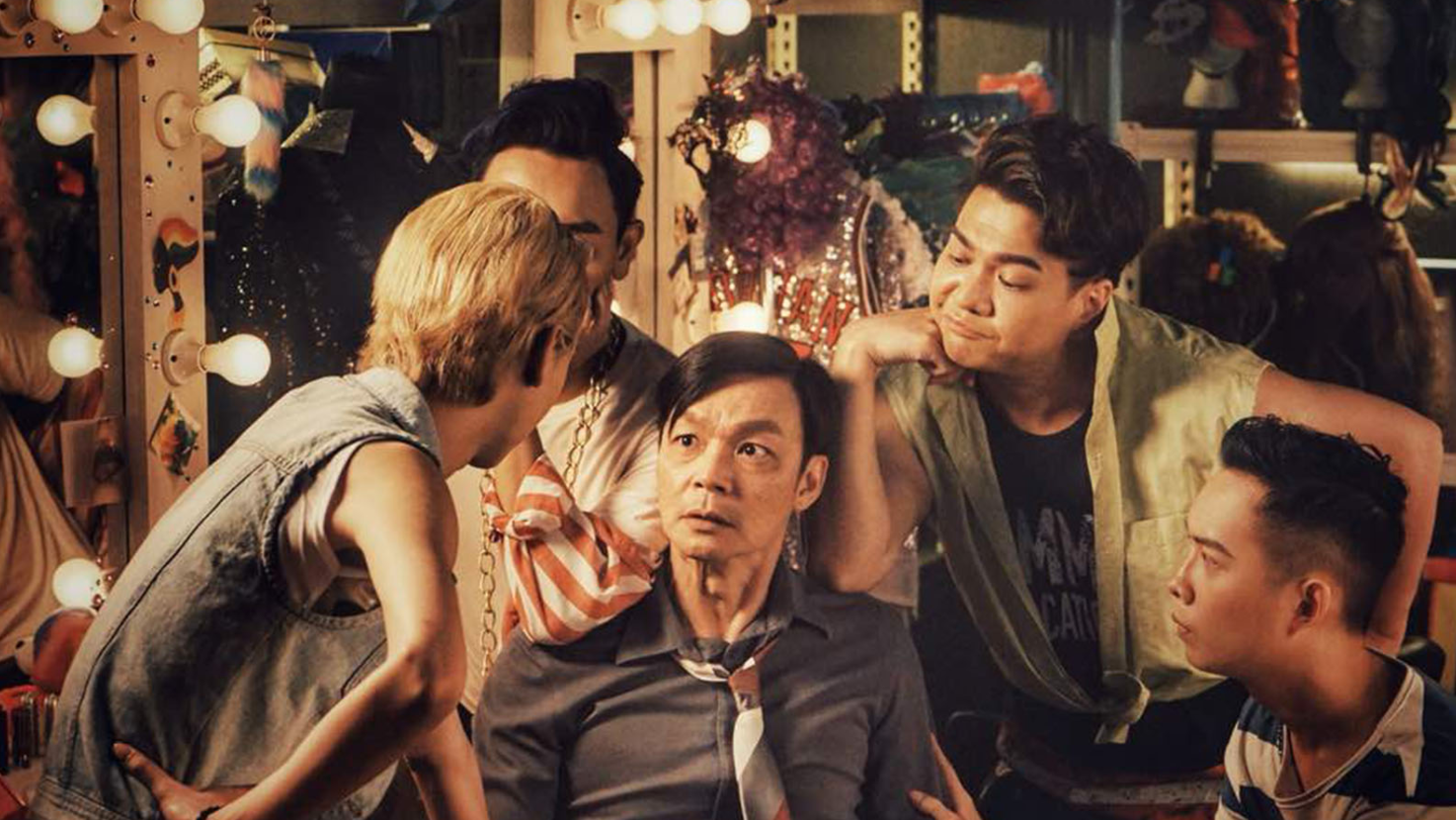 Despite its subject matter, Number 1 bears much more in common with its other Singaporean Chinese film brethren, following familiar tropes of a male protagonist whose masculinity and position as family breadwinner is thrust into crisis. Seeing the drag world through the eyes of Mark Lee (as Chee Beng) makes it easier for a mainstream audience to follow him on this journey from discomforted straight man, to loud and proud ally of the community, willing to stand up and even physically defend his newfound friends against prejudice. Mark Lee’s performance is worthy of his Golden Horse nomination, not just for the journey he takes us on, but also for his willingness to step into the high heels of a drag queen, and give it his all performing onstage. 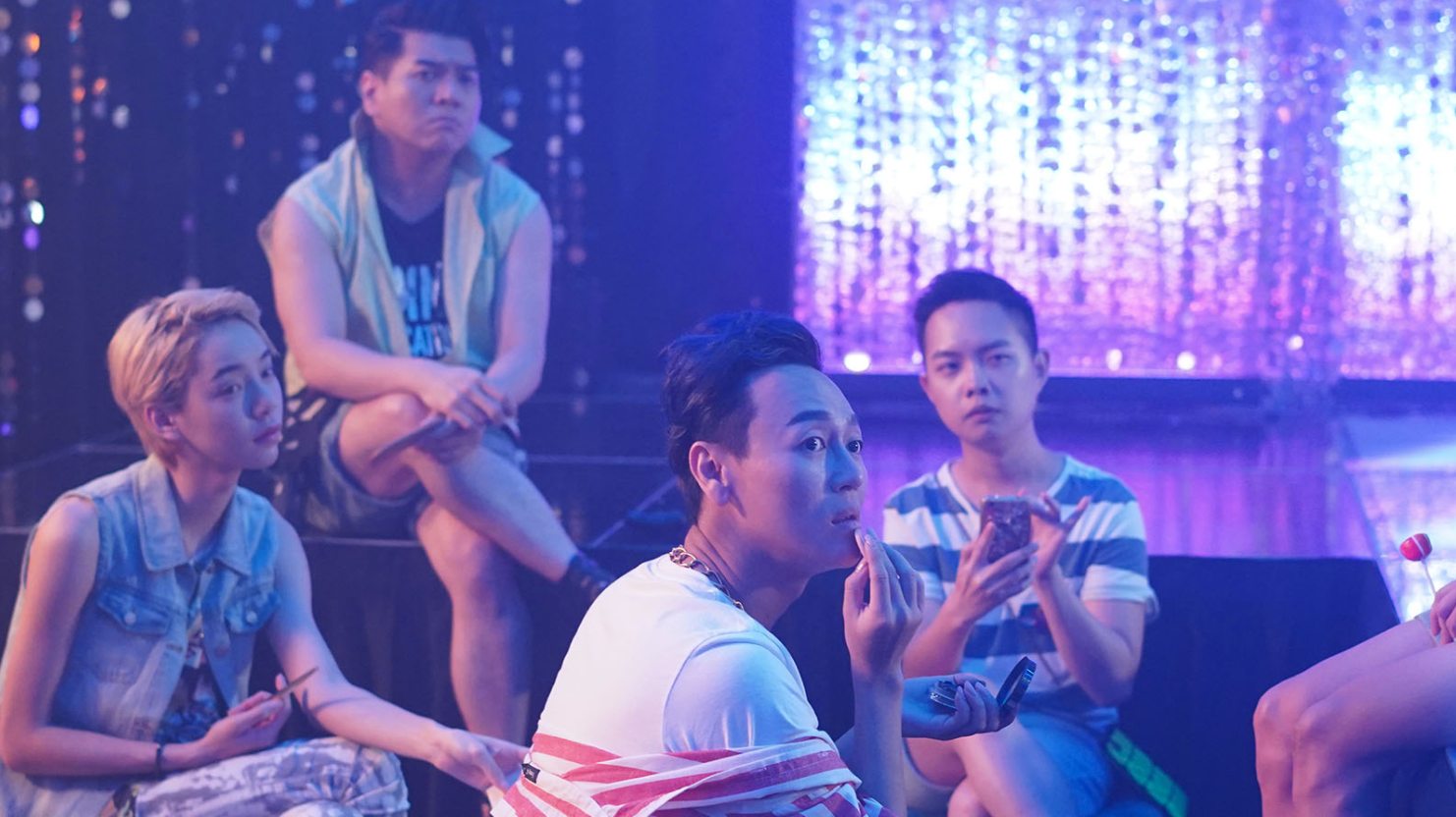 Performers Jaspers Lai, Darius Tan and Kenneth Chia deliver the laughs as supporting characters, but it is Kiwebaby, as the stand-offish ice queen Pearl, who stands out with her beauty, tragic backstory, and secret heart of gold. While she is the main source of drama between the group, it is ultimately heartwarming to see her learning that it isn’t always necessary to remain the centre of attention, and for their found family to remain impact by the end of the film, a familiar theme for any LGBTQ film (such as the drag classic The Adventures of Priscilla, Queen of the Desert). A particularly beautiful scene sees the group walking together in half drag down an empty Robinson Road in the dead of night, stark yet comforting in their sisterhood. 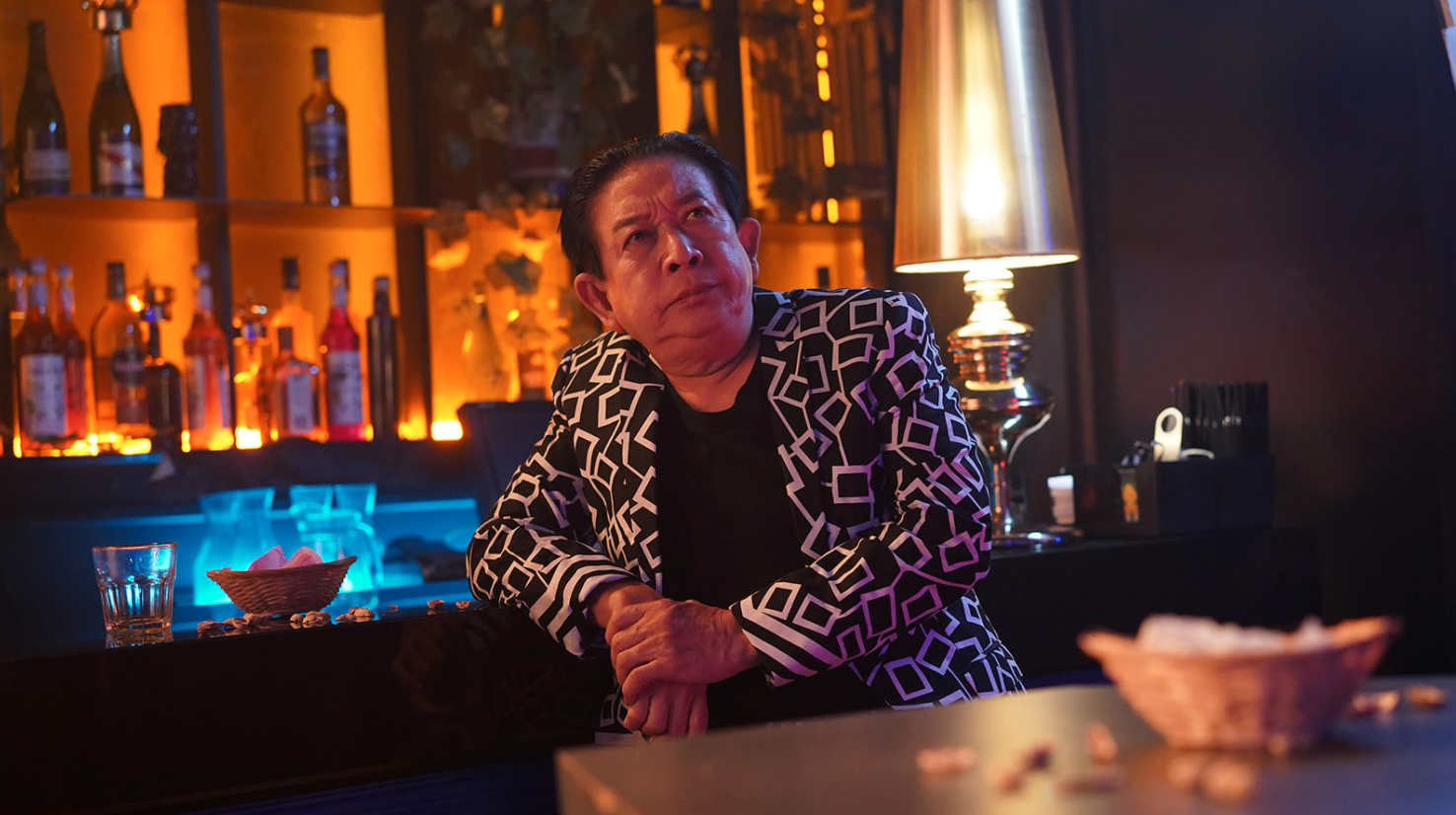 While there are certain plotlines that seem underdeveloped, such as Cassandra See’s chaotic mob boss character whose only role seems to be to cause trouble, for the most part, Number 1 manages to insert some fairly interesting scenes that make us question our assumptions and discrimination against those who are different. Chee Beng’s son, for instance, plays the role of Mulan in a school play, whereupon his mother remarks how cute it is when children crossdress, while there are enough fun moments throughout the film that keep the engine running before it begins to drag (pardon the pun) when it begins moralising towards the end. 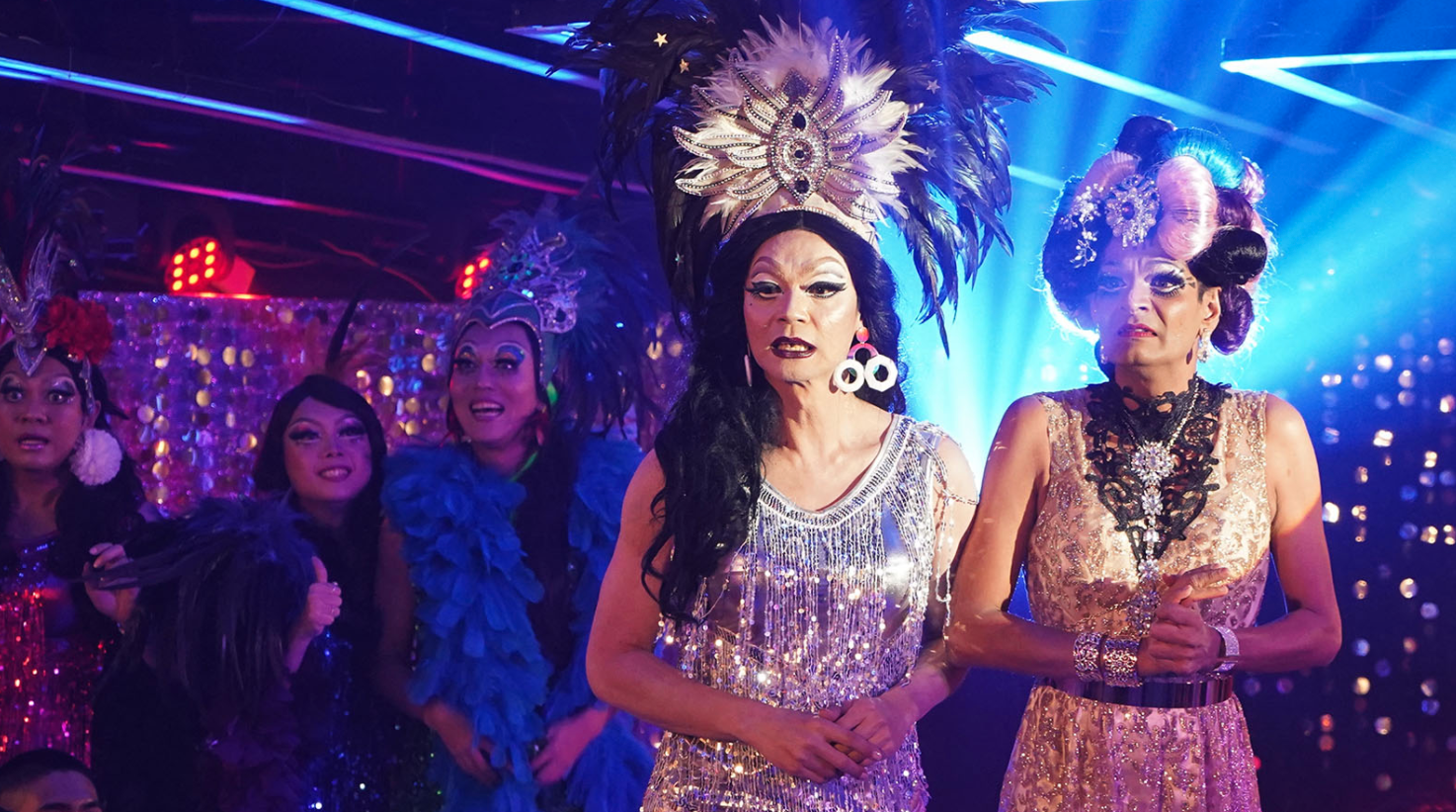 If anything, it is truly the film’s sensitivity and evident love for queer culture that makes it feel sincere and heartfelt in its message of acceptance. Beyond laugh-out-loud jokes and sequences, the film’s highlights lie in the innovative numbers the queens perform at the club, from Zhang Hui Mei’s gay classic 姐妹, to the theme song from Mediacorp’s My Teacher, Aiyoyo ! 哎哟哟奇妙假期, with each number featuring costumes stoned and sequinned for the gods, complete with big hair and over the top earrings that can be seen from a mile away. Be sure to look out for cameos from local queer icons such as Abigail Chay and Kumar as well.

Groundbreaking for its subject matter while familiar in its tone, Number 1 manages to make the fight for acceptance accessible without diluting its content or entertainment value, one that audiences, regardless of persuasion or stance, are likely to enjoy. In a small but bold first step for local films to increasingly embrace controversial or difficult subject matters, Number 1 emerges as a film you can and should watch while it’s still in cinemas. Who knows? By the end of the film, you might just be inclined to walk out of the cinema singing Gloria Gaynor’s I Will Survive (or even the Hokkien version of it).

男儿王 Number 1 is in cinemas across Singapore, including Golden Village, Cathay, and Shaw.