A chance to see Alfian Sa’at’s writing at its peak, well-performed by a combination of Singaporean and Malaysian actors.

KUALA LUMPUR – First performed in 2009, Singaporean playwright Alfian Sa’at’s award-winning Nadirah ranks among his best, as a powerful, thought-provoking piece about the intersections between love, faith and religion, and how far one will go to sacrifice one for another.

Set in Singapore, Nadirah (Sharifah Amani) is Vice-President of her university’s Muslim Society, known for being a devout believer, and frequently convening interfaith meetings to encourage students to talk openly about their faith while respecting each other’s beliefs. At the same time, she’s facing her own crisis at home, as her mother Sahirah (Neo Swee Lin), a Singaporean Chinese who converted to Islam for the sake of her (now divorced) Malaysian Malay father, now sets her eyes on Christian doctor Robert (Patrick Teoh). Nadirah is left confused and upset, her faith in her own mother shaken as she attempts to make peace with this rift in their relationship. 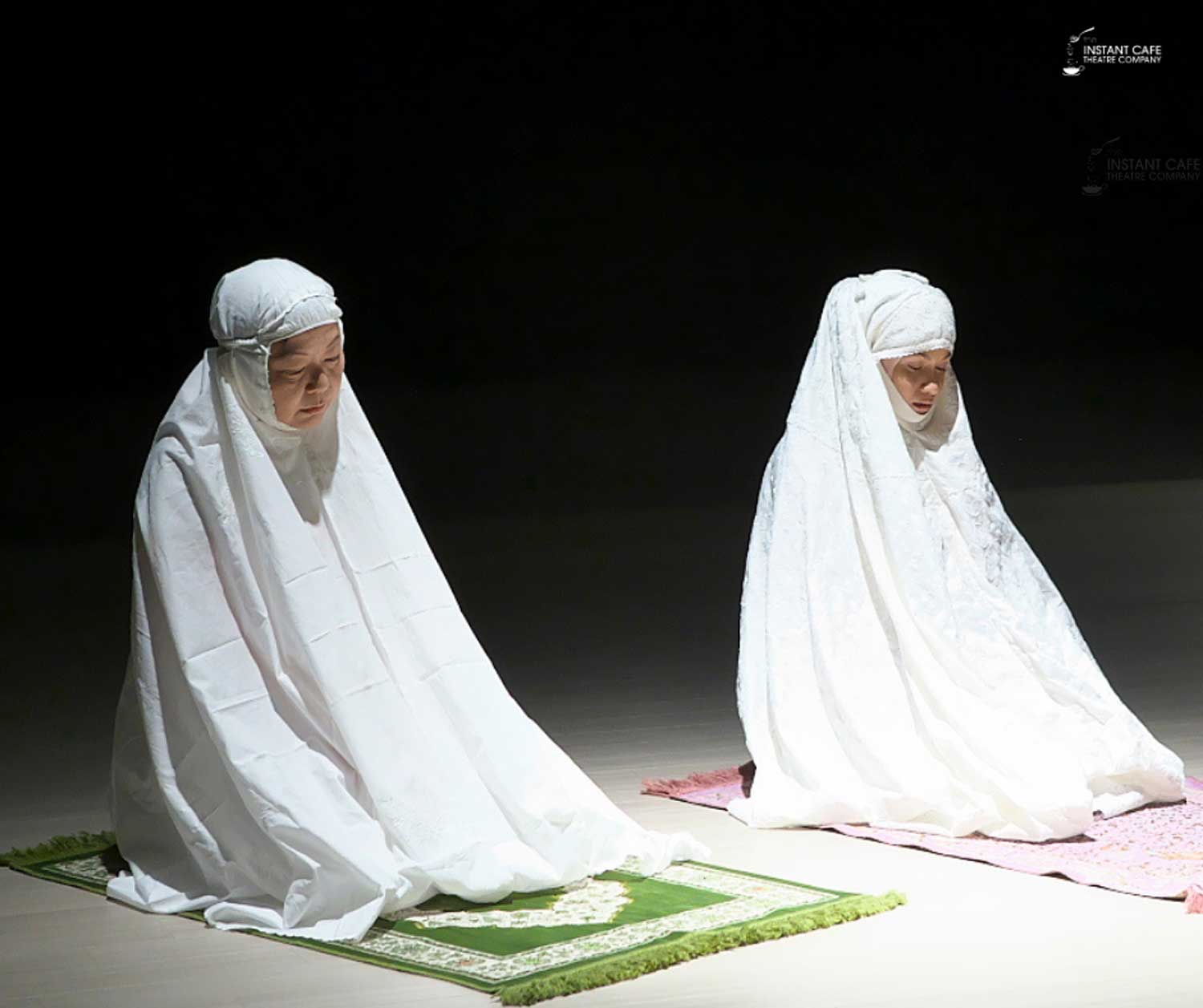 While a live performance still may not be feasible, in November, The Instant Cafe Theatre Company made their 2016 production of Nadirah available for the public to stream online, as directed by Jo Kukathas, and filmed in Tokyo at Festival Tokyo back in 2016. When the play begins, there’s a short but significant scene of both Nadirah and her mother kneeling side by side in telekungs, as they pray together. For Nadirah at least, their Islamic belief is a core foundation of their close relationship, and it’s incredible to see that something as seemingly personal as religion can cause such fractures.

Over the course of the play, that relationship is tested, as Nadirah grapples with her mother’s decision to be in a relationship with a Christian, upset that she can just convert back and forth for the sake of love. It’s a narrative that raises plenty of questions about the requirements of religion to be considered a ‘true believer’, one that’s handled with sufficient weight when discussed to make audiences understand the gravity of it. 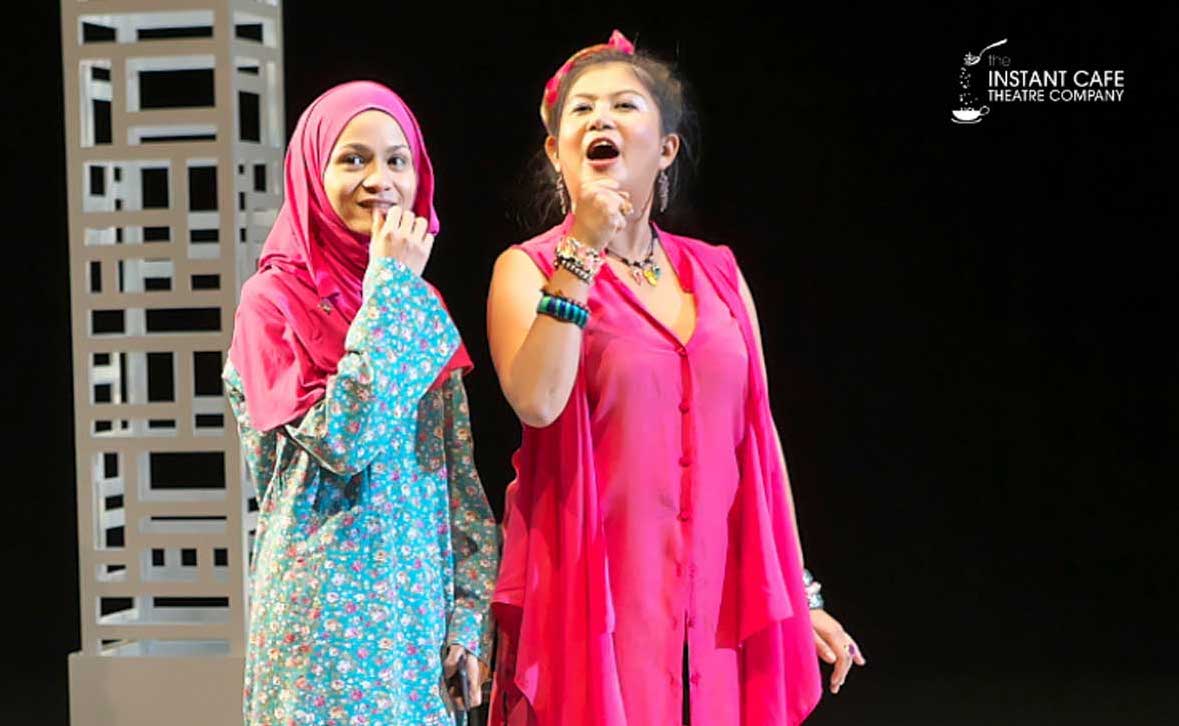 Elsewhere, Nadirah also struggles between contemporary and traditional interpretations of Islam, where she’s torn between her schoolmates Maznah (Farah Rani, who imbues the character with wonderful complacence and a devil-may-care attitude) and Farouk (Iedil Dzuhrie Alaudin), whose philosophies lie on different ends of the spectrum. Maznah takes a more liberal, modern approach to the religion, believing the individual has a right to their own happiness, while Farouk is a staunch purist, and outraged at Nadirah’s mother when Nadirah shares her problems at home. As much as it is ‘just’ students arguing, Alfian’s writing elevates it to a debate that covers rarely discussed issues and controversy within and between religions, from evangelism to religion as a source of pride for the marginalised Malay community. 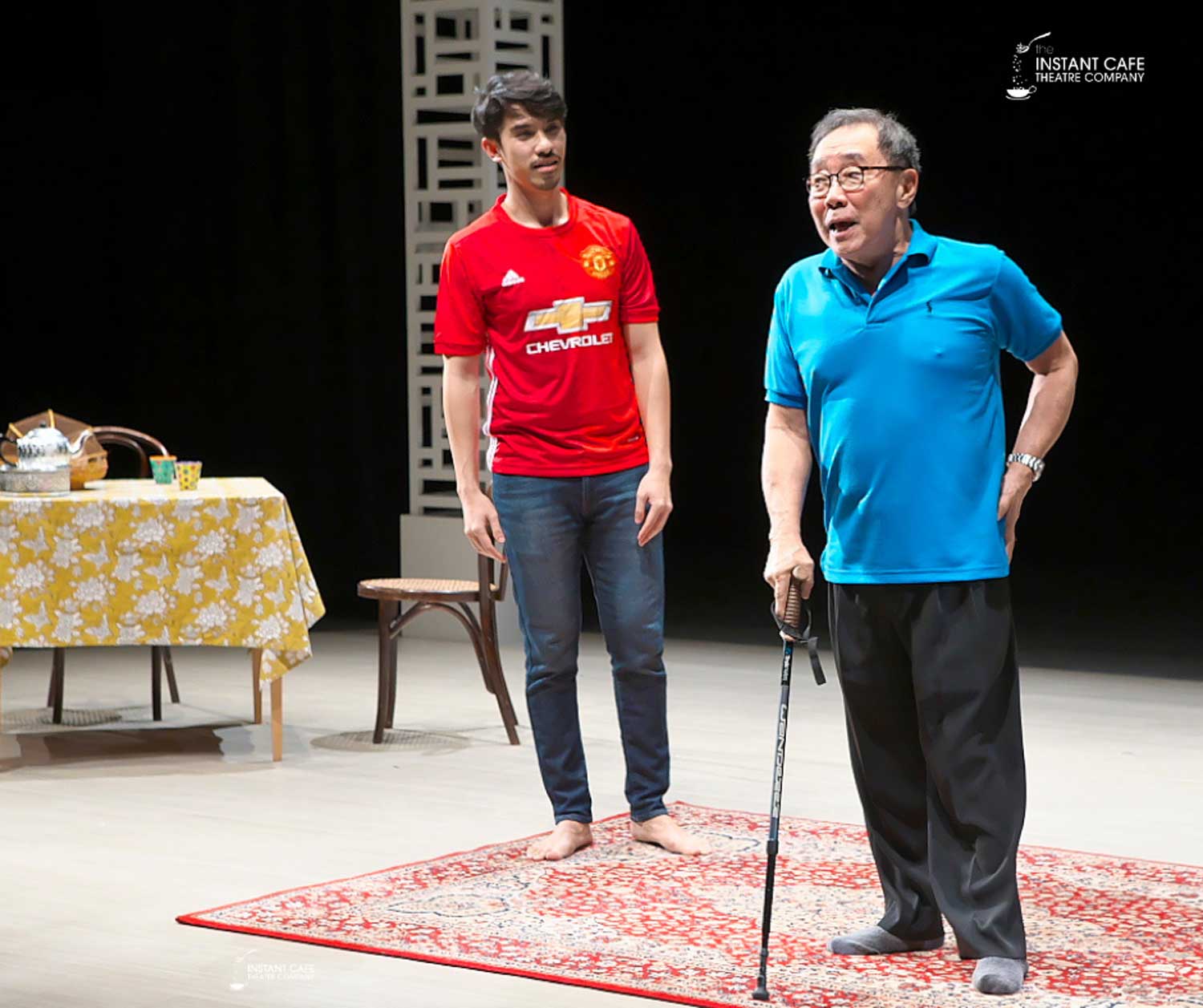 Of course it’s not all a continuous war of faith, with Alfian having peppered the script with plenty of lighter moments as well to ease the mood. Patrick Teoh, as Robert in particular, has some wonderful lines that result in awkward, cringe humour when his jokes go just a little too far, while the interactions between Swee Lin (as Sahirah) and Sharifah (as Nadirah) are genuinely sweet.

Towards the end of the play, in a scene between Robert and Farouk, there’s a particularly powerful analogy that Alfian employs to describe the impossibility of resolving differing beliefs, comparing it to supporting different soccer teams. Perfectly summing up the reason why it’s a never-ending argument, Robert offers up some sagely advice: “when you love your team you’ll stick with them whether they win or lose.” 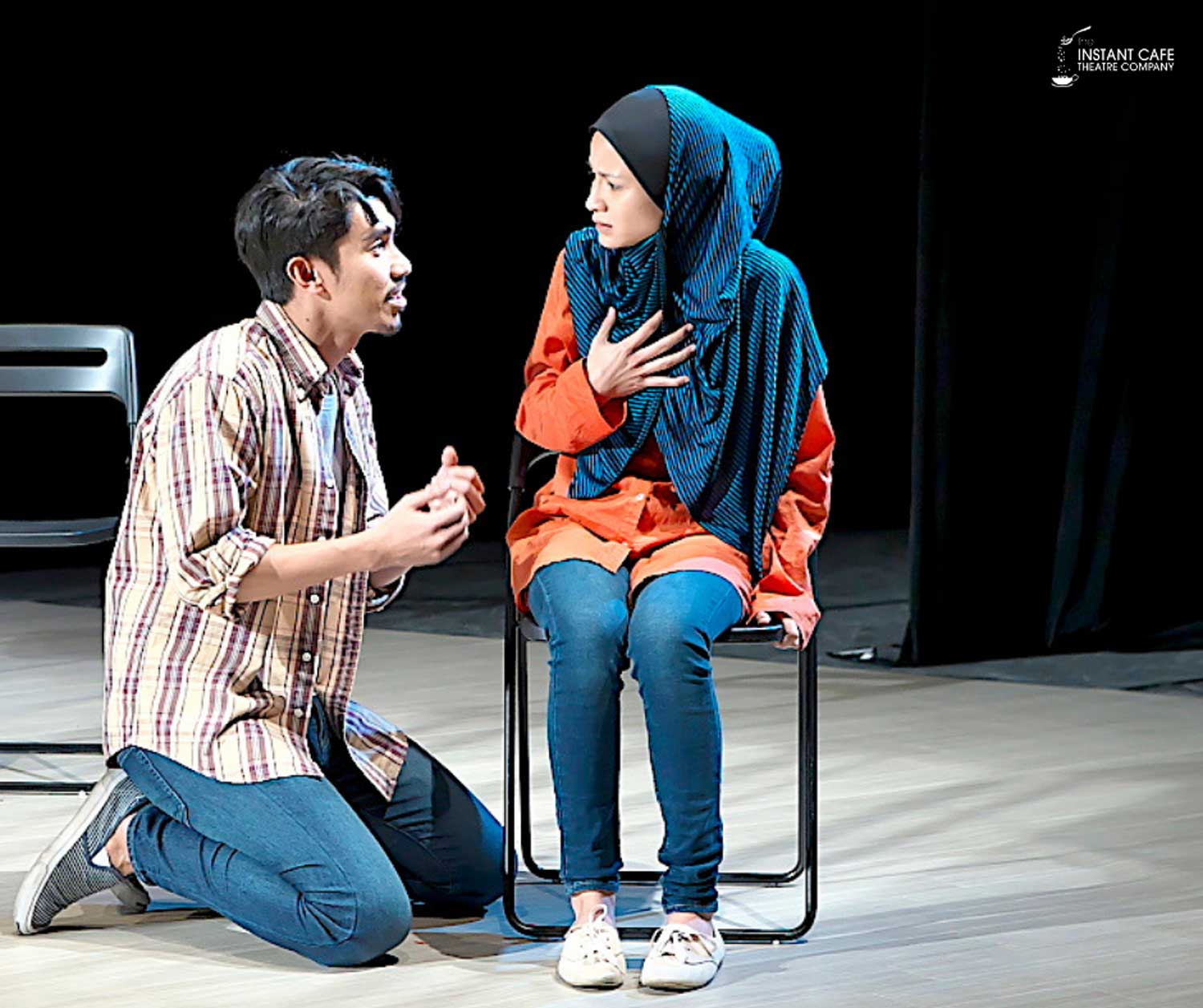 Championing compromise and individual choice, Nadirah ends on an optimistic note, with family ties ultimately winning out against religious differences. The happy ending feels a little rushed after the enthralling build-up that preceded it, but Alfian’s witty, observant writing and the cast’s performance more than makes up for it, offering viewers a reminder of how despite both Singapore and Malaysia’s supposed multiculturalism, there are still plenty of knots to undo along the way before we truly arrive at our ideal society of varied faiths.

Nadirah (2016) was streamed from 19th to 29th November on Cloud Theatres. Find out more about the Instant Cafe Theatre Company here, and on thier Facebook

0 comments on “Review: Nadirah by The Instant Cafe Theatre Company (2016)”