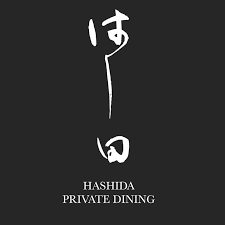 One of the first types of Japanese cuisine anyone is exposed to is probably sushi, a dish that Chef Kenjiro ‘Hatch’ Hashida is best known for, thanks to the critical acclaim and fans garnered for his restaurant Hashida Sushi.

But Hashida Sushi has never just been about sushi in the straight and narrow way – sure, you’ll get your fair share of high quality nigiri, with delicate slices of sashimi lovingly arranged on a fluffy bed of rice. At the same time, an Omakase menu would likely also take you on gastronomic trip around Japan, with seasonal ingredients like Shirako (cod milt), use of binchotan (charcoal), and some genuinely original flavours and creations born from Hatch’s playful imagination and astute palate.

Prior to opening their brand new establishment at Amoy Street later in the year, Hatch and his team (Yuji Sato and Atsushi Kuroki) are not taking any downtime at all, instead using the opportunity to explore a new concept with Hashida Private Dining. Taking up temporary residence at OUE Social Kitchen for just a few weeks this year, Hatch is hosting a series of small-scale Omakase meals, changing up the menu every fortnight in a bid to let loose his creativity in full force with his newfound freedom.

With social distancing measures in place, private dining seems like the perfect way to stick to the rules while elevating the experience’s atmosphere of exclusivity. The pop-up style restaurant features a maximum of twelve diners at any one point of time, seated across two tables divided by a partition. Staying true to Japanese standards of hospitality, we received a warm towel and a choice of what to drink when we sat down (we went with a refreshing cold green tea). Everything felt polished and intentionally designed, feeding into the sense that this was a prototype for Hatch’s ideal restaurant.

Our dinner began with a Kale Donut With Autumn Truffles, set atop salty cheese. One would imagine the distinct tastes of kale and the truffles to compete with each other, but in fact, the two actually complement, and encapsulates Hatch’s intent to pay homage to both ingredients.

On the same plate was another dish with multi-layered elements, and upon first bite, introduced us to each flavour, ingredient by ingredient. Starting with the eggplant on top, we moved on the flaky sawara, or Spanish Mackerel, that shines through, before it all comes together with the miso and chocolate finish at the end.

Knowing that Singapore loves ramen, Hatch then decided to serve up a small bowl of it – with a twist. While it does look like an ordinary bowl of ramen at first, a spoonful of the ‘noodles’ will reveal a fresh, briny taste of the ocean, making it much closer to a seafood dish. The ‘noodles’ are actually made of fish paste (98% sea bream), while the ‘chashu’ is in fact, fishcake, served alongside bamboo shoots and a sheet of seaweed.

Hatch then came up to us and suggested adding a dash of pepper. Dutifully following his instructions, we found that the pepper completely changed the flavour profile, making the already robust ingredients more pronounced in their flavour. The soup’s familiar flavour offers us comfort, while the sweet flavour of the fish-ingredients stands out, making this a light, flavourful and thoughtful bowl of ‘ramen’.

Of course, a meal by Hatch wouldn’t be complete without sushi, and we were served up a single Saba Sushi. Unlike other sushi, this particular piece did not use vinegar in the rice, which Hatch explained would kill the flavour otherwise. The saba itself was lightly marinated in soya sauce and its skin grilled and spiced with sudachi and lime. Served with a maguro (tuna) soup, the rice was fluffy, while the heat of the sriracha was subtle on the skin, yet could be distinctly felt when taking a bite. The saba was grilled to perfection, with a light char that gives it a slight smoky taste while maintaining its structural integrity. Hatch then told us to wrap the rest up in a sheet of seaweed to finish. We did so, and the seaweed, rather than overpowering the flavours, helped bring it all together.

Next up was a three sashimi dish, with chutoro, flounder, and Japanese grouper. Each of the three fish displayed a distinctive flavour and texture, varied in the intensity of their fat content that showed a good understanding of how their profiles complemented and balanced out each other. The standout was surprisingly the Japanese grouper, with a firm, meaty texture.

With our fifth dish, we were served an artfully arranged combination of sea urchin, abalone, cashew miso, ika (squid), cashew nuts, topped with caviar. As we admired the exquisite ingredients before us, Hatch announced that it was time to eat it – by brutally smashing it all up. Tentative in our initial mashing, Hatch eyed us from afar and said to go all out with it, something he does daily in an attempt to break our perception of how fine dining ‘should’ be consumed. The resulting mess was decadent, and one could taste every single ingredient with every mouthful. The creaminess of the shaved cashews brought everything together, helped by the abalone neatly sliced into three pieces, allowing the entire dish to be savoured in just a few bites, with every spoon containing a little bit of everything. The caviar in particular adds an exquisite touch, while the ika provides a variation in texture, along with a sweetness to the dish that takes it to another level. In all, considering the fact that we had to smash it up, there was a surprisingly complex degree of thought that went into conceptualising the dish to allow all of these ingredients to meld.

Our next dish featured pure class and understanding of the ingredients. A slice of beef was rolled up in uni (sea urchin), accompanied with monkfish liver (which Hatch affectionately refers to as ‘the fish foie gras’). The liver was soft, and grilled to perfection and coated with a little sugar crust from Hatch’s own teriyaki sauce it was seasoned in. The beef’s texture was evidence that preparation was timed to perfection, and while it seemed the richness of the uni would overpower the natural flavour of the beef, it managed to cut through and remain the highlight of the dish. Its silky texture combined with the creamy uni was heavenly.

And now, it was time for another round of sushi. From the snapper to the sea bream, every piece was prepared in front of our eyes. Pop it into your mouth, and the first thing you taste is the rice, each grain distinct on your tongue, before the wasabi cuts through to allow the silky texture and fresh taste of the fish to follow. The lightly-seared arrowjack sushi was enjoyable already, but what followed was a botan prawn sushi with prawn roe, the natural sweetness of the prawn a good, light complement to the rice. As for the kamasu (Japanese barracuda), it’s not hard to see why it’s Hatch’s favourite. The fish was well-seared, aburi-style, and packs so much flavour that it’s hard not to get a little emotional eating it. The hokkigai (surf clam) was nice and meaty, while the maguro sushi was dipped in a special yuzu and shoyu sauce, complementing the flavours of the tuna.

All I wanted after all the sushi was a warm bowl of soup. And as they say, be careful what you wish for. This is this case, it was a dream when we served two bowls of soup. We were in for a surprise. One bowl contained botan miso soup, the other contained an unassuming ‘envelope’ containing prawn and chili powder. Rather than a gentle cleanser, the soup delivered a shock to the system, and instead warmed up our palate for what was to come, subtle yet packing a punch where necessary to turn an already robust prawn soup even stronger.

If you were to picture decadence in a bowl, the next dish would be it. Served in an ornate bowl rimmed with gold, we were presented with a mini ikura and uni don, which basically gave me all the uni I would need for the next few months. There was no stopping the waves of pleasure as the uni and ikura’s flavours burst in our mouths, like liquid gold in all its luxury.

We were then introduced to a slab of fatty tuna, and educated on its components and parts. Learning about the specially ordered knife just to cut the tuna properly, we got a taste of it as sashimi, coating our mouth with its luscious flavour. But there was more to come, this time, with a piece of sushi that had mashed tuna (aged for more than two weeks). The fish oil from the tuna coated our mouth and unleashed its full flavour upon us before the taste of the meat hits us, a well-prepared dish that respected and fully showcased the unique taste.

As the meal ended with a trio of desserts (chestnut agar agar, white mochi with almonds, and a white bean paste), we thought about how much Hatch swelled with pride each time he came out to serve us and explain each dish. Even beyond recalling the thought process behind each one, he shared stories of his growing up years, and how tough it was learning to be a sushi chef under his father, who was a sushi chef himself with a store at the famed Tsukiji Market. All that and more moulded him into the success he is today…but that’s a story for another time.

For now though, we reflected on how this private dining experience was akin to being invited to Hatch’s home, a sense that we were welcome guests and this was a man who was eager to show off all that he’s perfected over the years, honing his skills to a fine art. We are left impressed by the strength Hatch and his team have to push on despite these difficult times, not just the coronavirus, but even how he overcomes adversity at his previous establishment at Mohammed Sultan Road leading to its closure, and his determination to never give up and carry on.

Speaking to him for a while after dinner, we reiterated how special the meal was to us today, and could tell how much heart and soul went into every dish we had, along with the amount of effort of course. Just about every dish had left an indelible mark in our memory, and with Hatch’s direction and concepts, allows these already exquisite ingredients to take on new dimensions of taste, and told a story from start to finish, of a man who has mastery over the art of Japanese cuisine, and still has so much more to show. We are certainly looking forward to Hatch continuing telling stories and continuing the legacy of what he stands for when they re-open proper at the end of the year.

0 comments on “Food For Thought: Like coming home to a good meal at Hashida Private Dining”