The beginning of the end, as SeptFest returns for a last hurrah.

The Substation’s signature SeptFest comes at a strange time in the venue’s history. Having just announced the permanent closure of The Substation come July, rather than a triumphant celebration of the festival’s return after a 6-year hiatus, SeptFest has taken on far more weight as a final send-off to the 30-year old institution, a mainstay of the local arts scene and champion for alternative, experimental works. 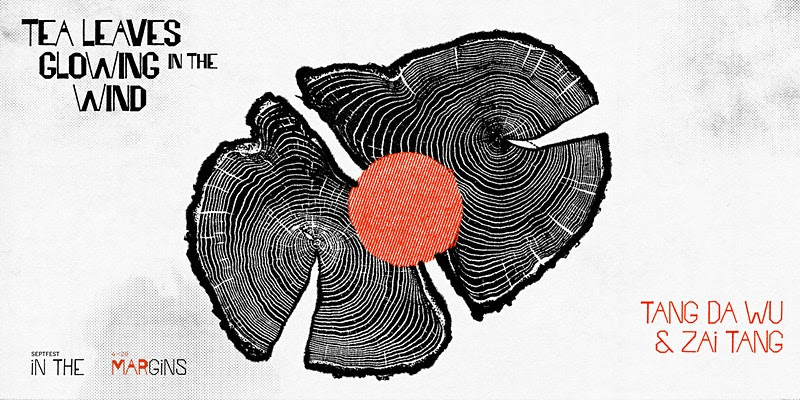 So it is with these heavy hearts that SeptFest kicked off on Thursday, with a collaborative performance between veteran multi-disciplinary artist Tang Da Wu and sound artist Zai Tang. Titled Tea Leaves Glowing In The Wind, the performance in front of the Substation saw Tang Da Wu surrounded by carved wood, almost as if lost in an abstract forest, while Zai Tang crafted a static-filled, distorted soundscape. 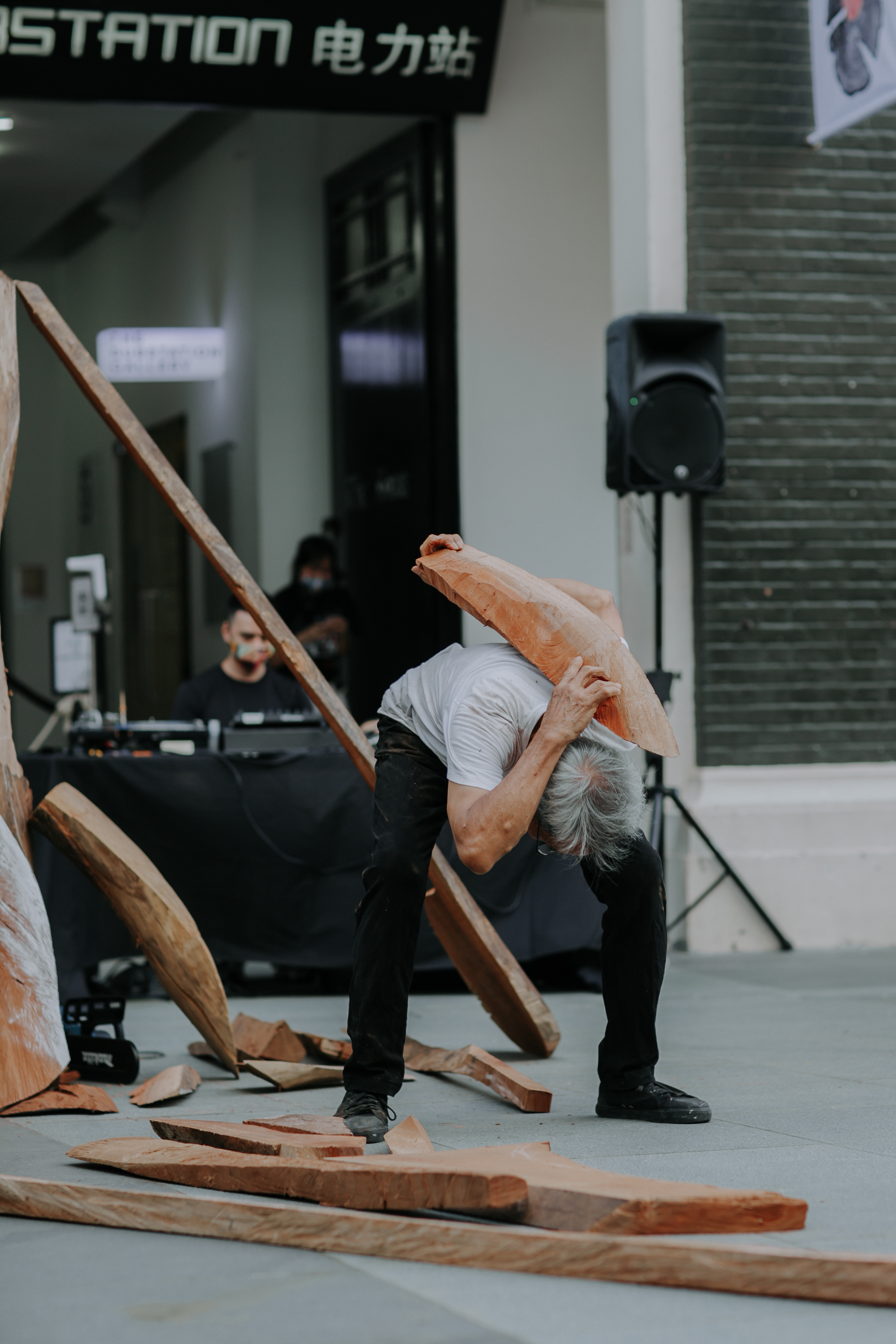 Dressed in a plain white tee and black pants, the 78-year old Tang Da Wu seemed so ordinary and unassuming as he performed with the wood. Based around the idea that art is all about intuition and facing the unknown, the improvisational performance saw Da Wu almost playing with the crudely-sculpted pieces of wood around him, letting the wood he’s sitting on fall as he gets up to take his cup, the music leading his movements. As abstract as it is, we make meaning out of these simple but powerful symbolic movements, based primarily on the sheer effort it takes Da Wu to perform these tasks. 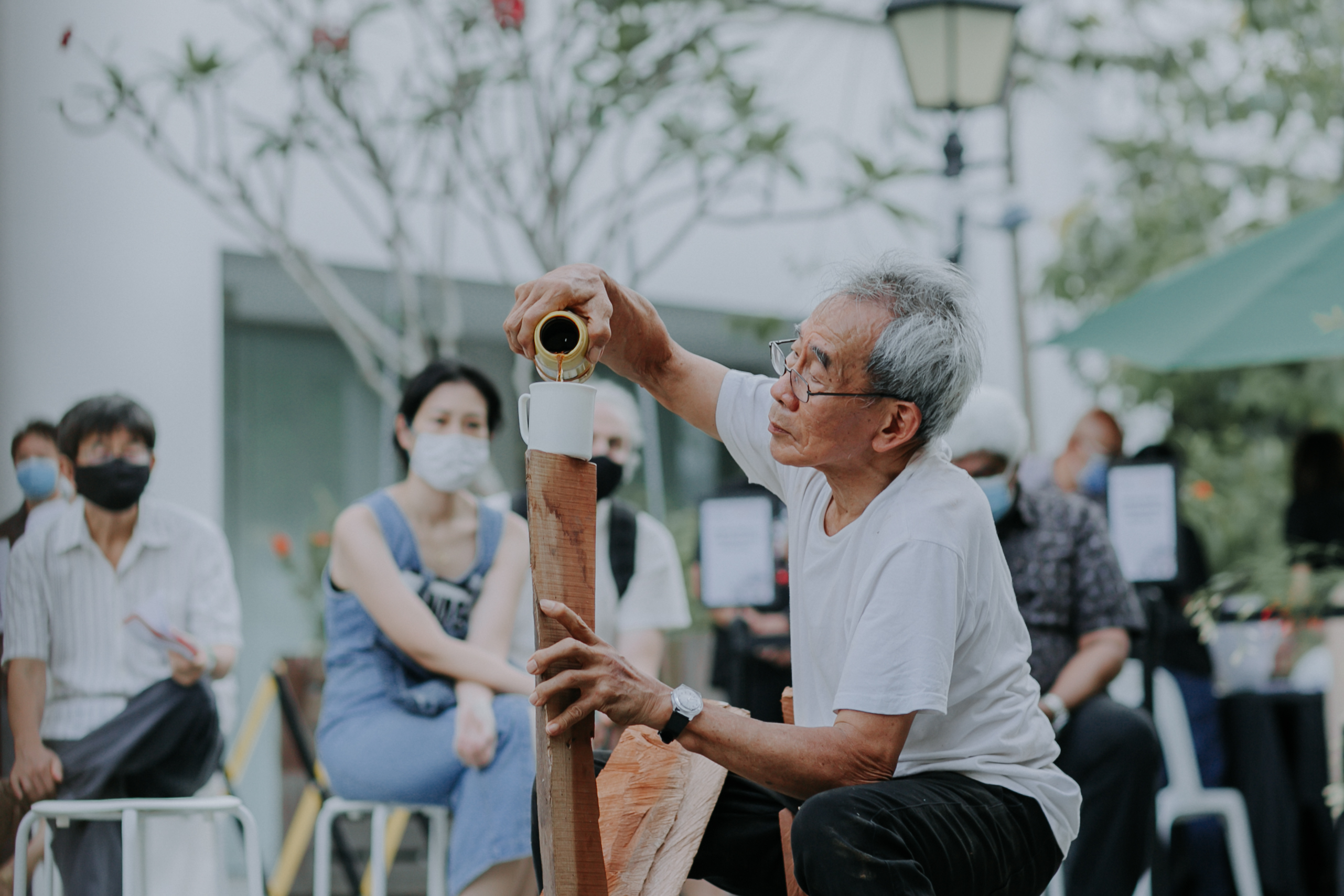 We feel a sense of fear for him as he drags his precarious ‘seat’ across the floor, holds onto a pole-like piece while a mug of tea sits atop it, and even lifted and swung a heavy-looking piece resembling a musical note. In seeing him strive in spite of the struggle, to improvise despite not knowing what the future holds, and move forward in this uncertain world, perhaps that in itself is the nature of art and the message behind his performance. Art persists in spite of its challenges, glowing strong. 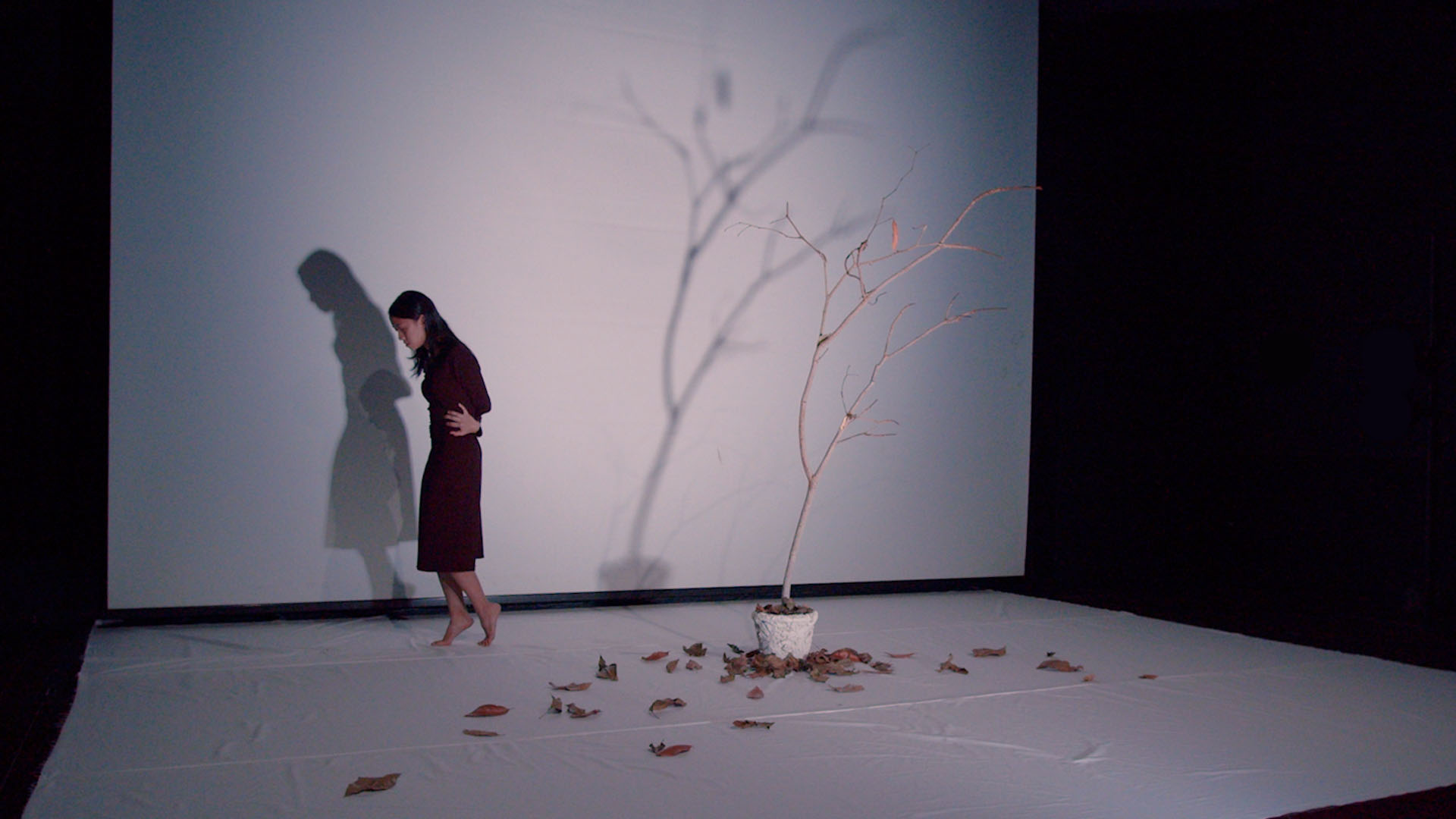 In Caroline Chin’s Waltz of the Flower (originally performed as her Final Year Performance at ITI), she walks on the balls of her feet, moving excruciatingly slowly across the stage with her arms behind her back, wrapped around her waist. Looking like a humanoid tree, she is joined onstage by a dying tree in a pot, its leaves strewn over the ground. On the screen behind, we see hers and the tree’s shadows, similar to each other and dwarfing them with their shade, visually impressive with how daunting they look. Before she speaks, the only sound we hear is the sound of her footsteps, loud against the silence. 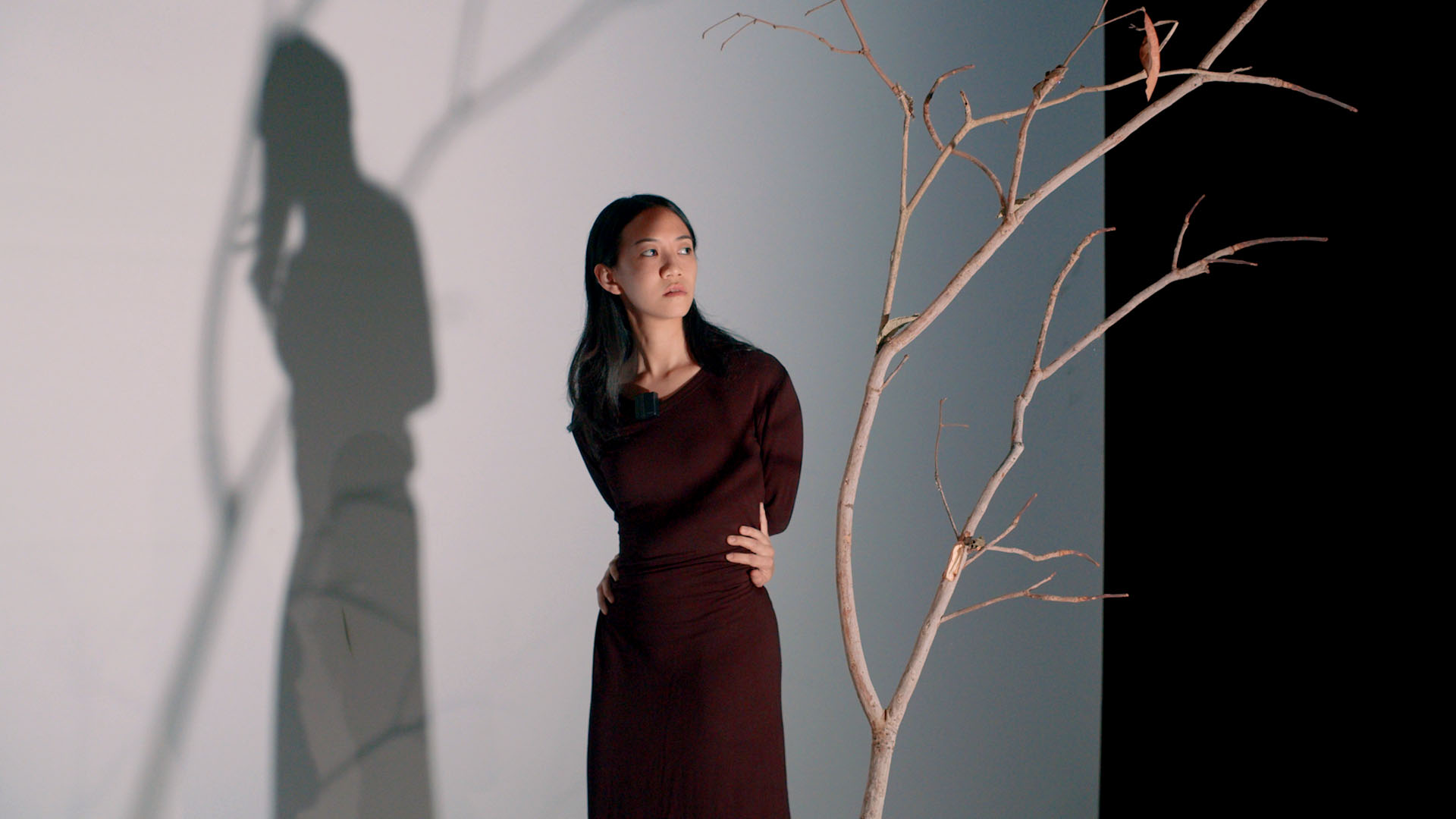 Fundamentally absurd in nature (notably, she quotes Beckett’s Waiting for Godot), Waltz of the Flower offers no clear answers as she attempts to tell a story, branching off and diverging constantly, rootless and forgetful. ‘Trust me, it’s exciting,’ she claims, and she starts jokes, tells recounts, none of them ever complete. 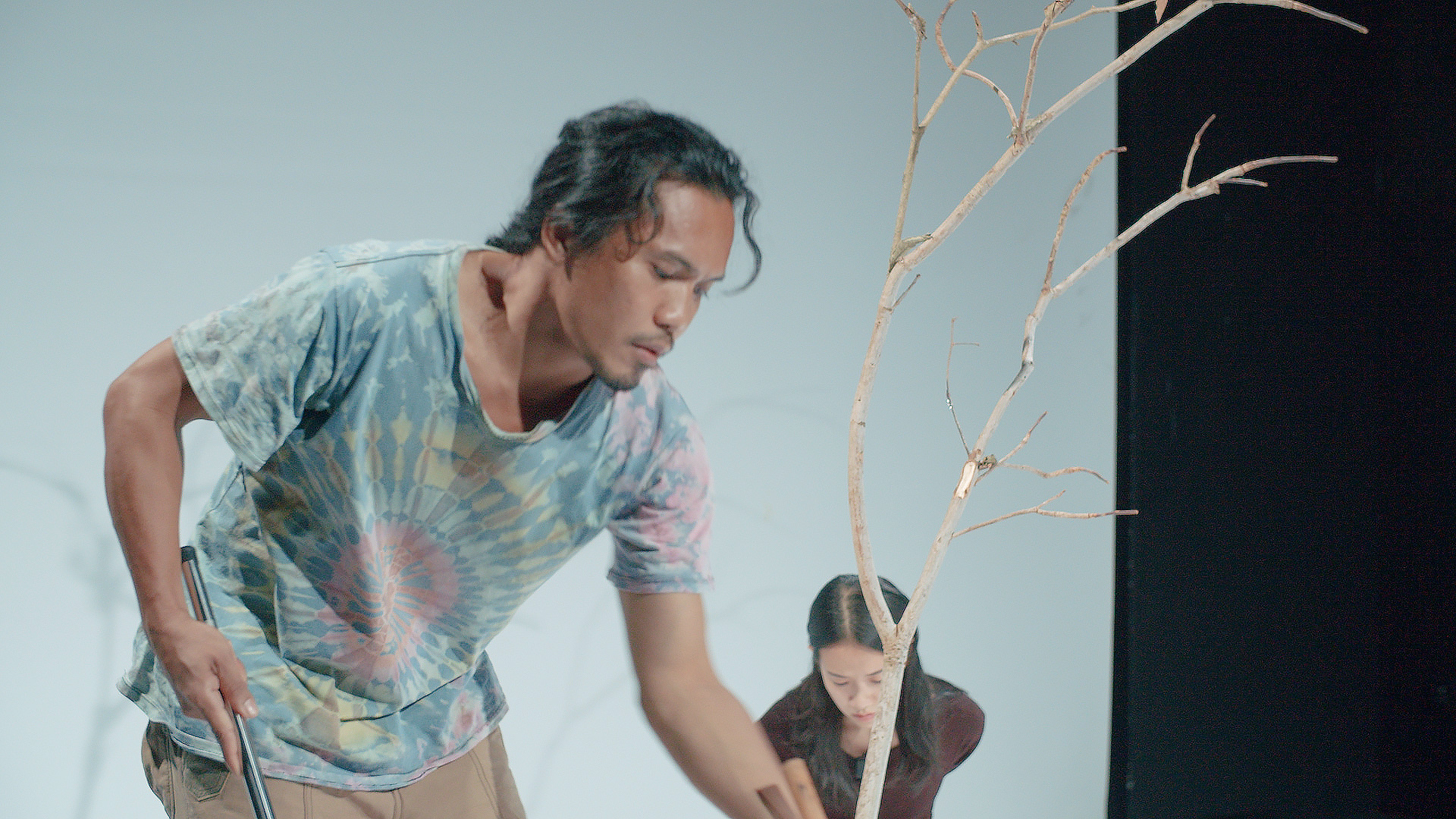 Marvin Acero Ablao enters with a broom, sweeping up the leaves. Yet he notices a single leaf left on the tree, signifying there’s life yet in the soil it’s planted in. Invigorated, he allows himself to be free, moving according to how he feels, while Tchaikovsky’s ‘Waltz of the Flowers’ plays. Standing in stark contrast to Caroline’s character, crouched down and praying, we wonder if in life, we attempt to hold on too hard to the past and perfection, when really, we should just let go every once in a while and be free. Marvin ends by planting a single white rose in the soil, and we wonder if, much like the Substation, even when all hope seems lost, all it takes is a single spark to see there’s still a chance for things to grow. 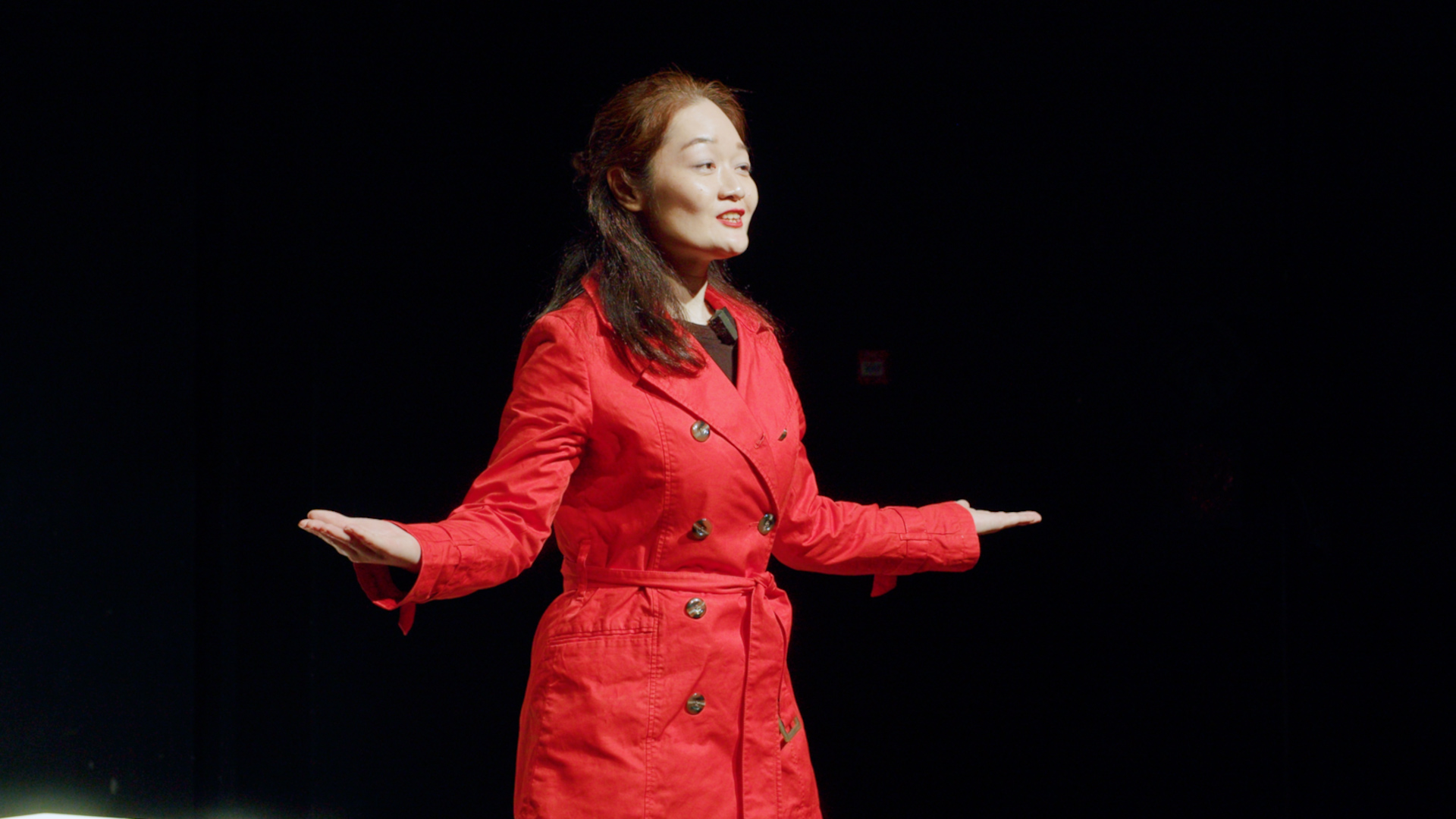 Lina Yu’s OEOS, on the other hand, is set in the year 2030 in a post-pandemic world. Playing Oeos, a university professor’s assistant, we find out that most learning has gone digital, and that she spends most of her days doing R&D on the campus grounds, with little outside human interaction. When her professor is found dead, she becomes a prime suspect, and is questioned by the police. 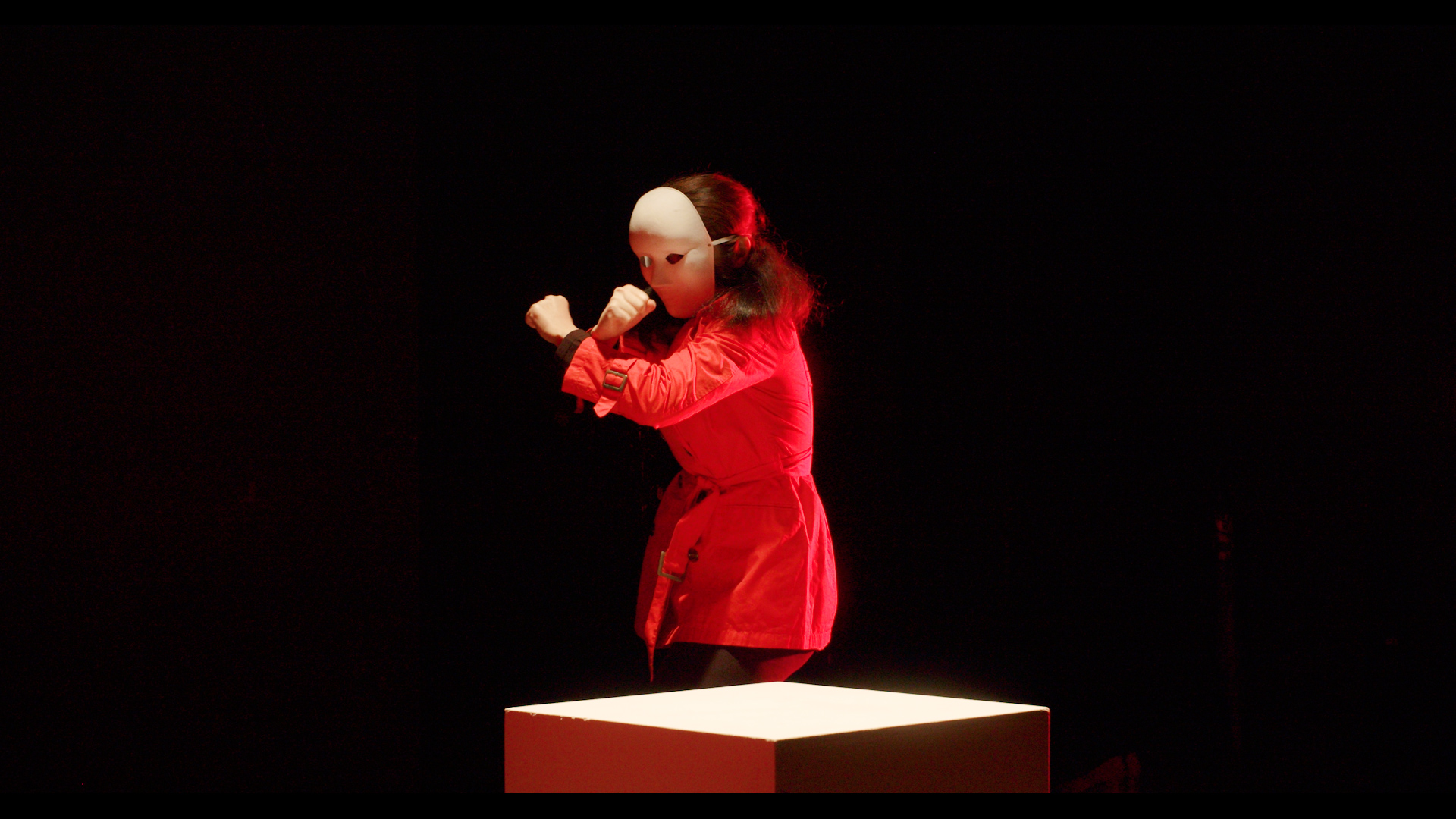 In a rather post-modern twist however, 2030 isn’t a whodunnit so much as it is a reflection on what it means to be human, as Oeos considers her professor’s advice to her to get out and live life instead of being cooped up all the time. She ventures into a nightclub, only to find that she’d much rather stay indoors to read plays and watch films, fearful of what’s out there. From time to time, we get glimpses of her more inhuman nature, as a robotic voice repeats zeros and ones over and over, while she performs choreographed movements to the rhythm. We wonder if this speaking in binary code represents how difficult it might become to communicate with others in future, indecipherable and on different wavelengths. 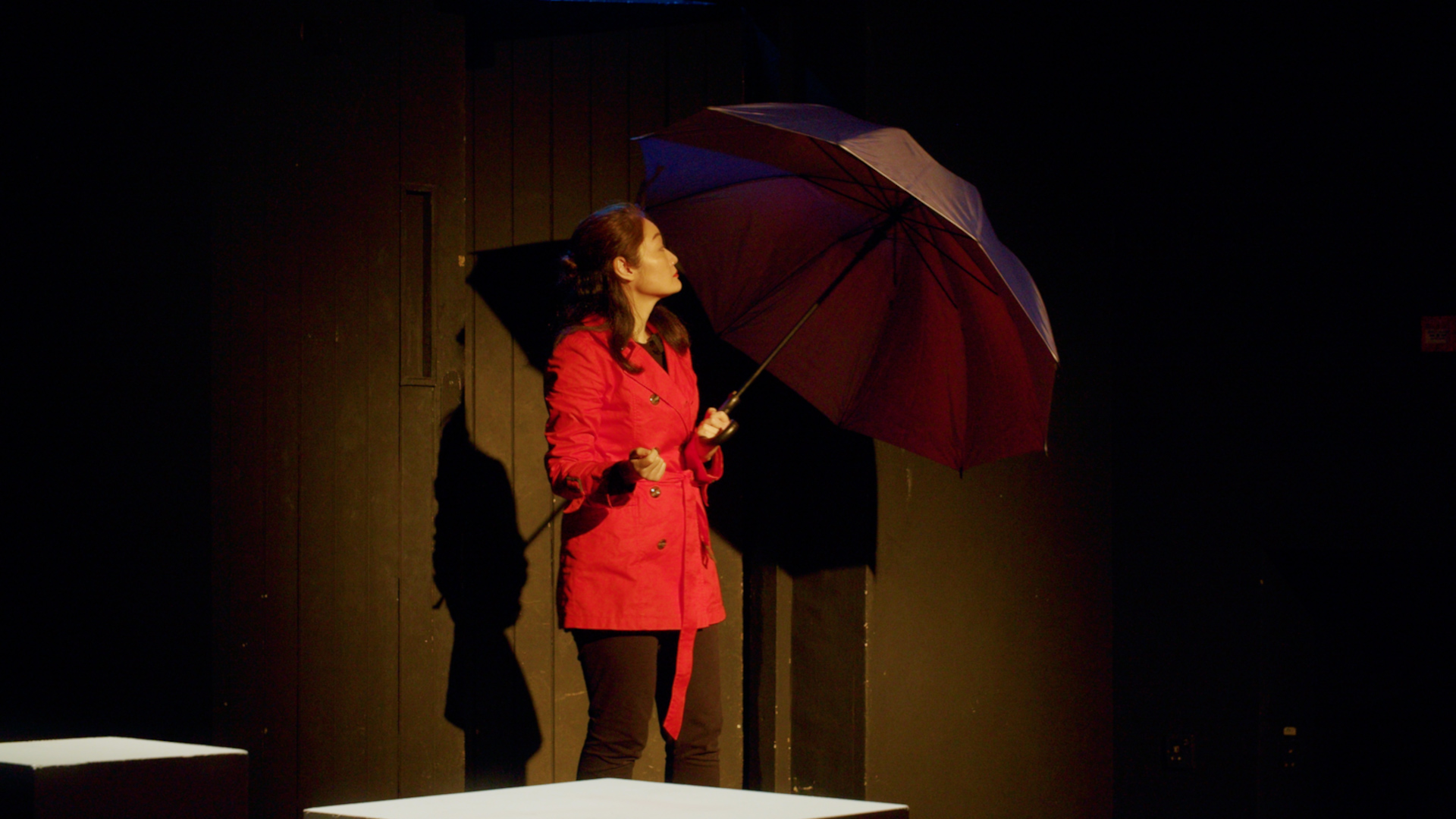 Simple in plot and surprisingly touching with its philosophy on living, OEOS leaves us on a hopeful note. A storm is brewing outside, and a voice warns that Oeos will cease to be if she steps out into the rain. But recalling a scene from Singin’ In The Rain, Oeos chooses to boldly go out after all, no longer afraid to face the world. And it is from all three works this week that we are reminded of the need to move on, to boldly step forth even when burdened by the past, and keep on keeping on with hope and perseverance, be it in life or the arts. We think again about this final festival at the Substation as we know it, this breeding ground for music, experimental work and absurd art, and what lies ahead for its future.

1 comment on “SeptFest Week 1: Tea Leaves Glowing In The Wind, Waltz of the Flower, and OEOS”