The 2018 Singapore Writers Festival kicked off to a roaring start this week, marking the final year with Yeow Kai Chai as Festival Director. Taking on the title of 界 (‘Jie’): The World(s) We Live In, this year’s programme, as always, brings together some of the foremost international writers from all mediums and genres, ranging from graphic novels to novels, YA literature to non-fiction essays. 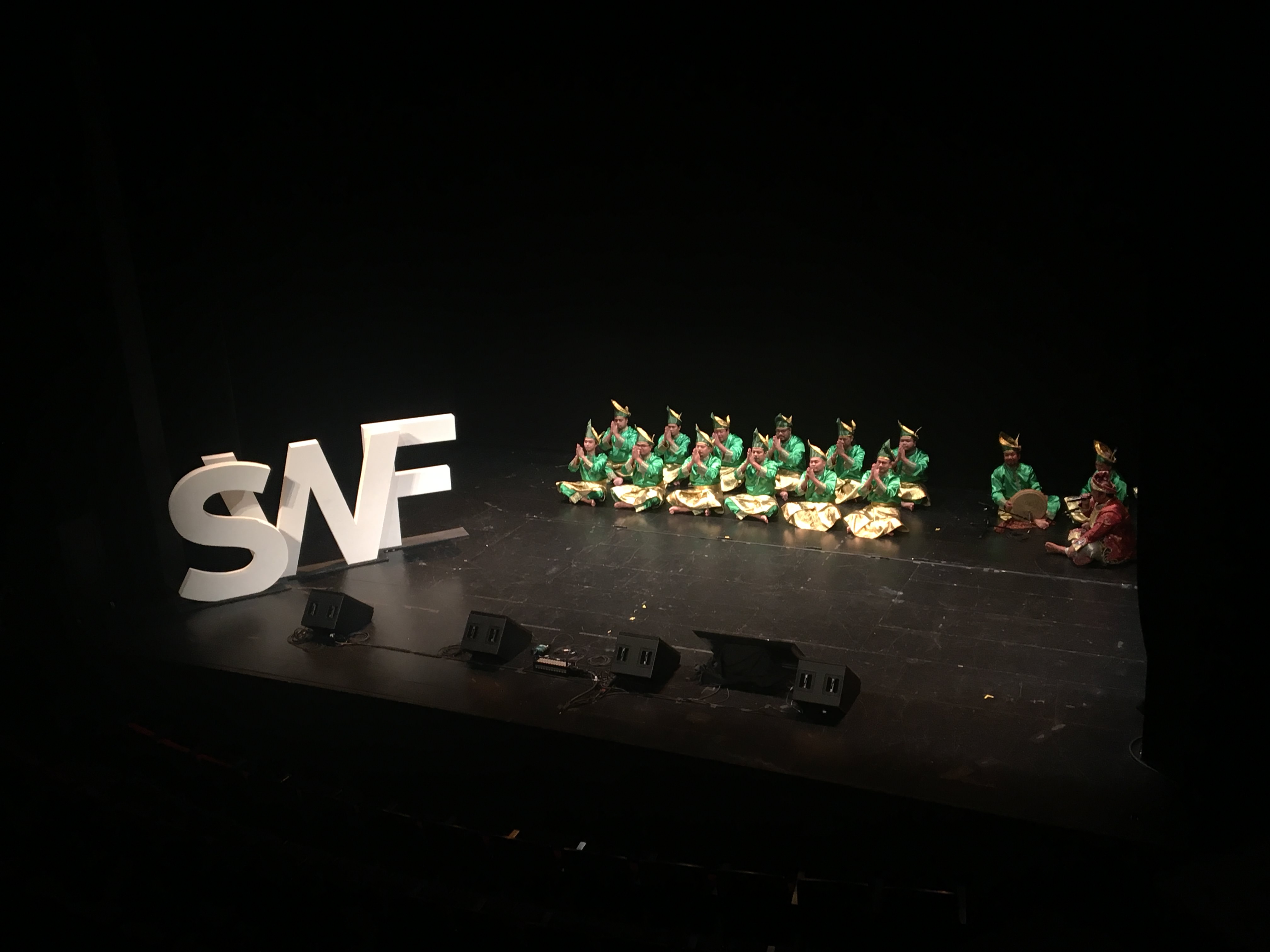 The festival opened on 2nd November at the Victoria Theatre with an opening address by both director Yeow and guest of honour, MP Baey Yam Keng, before guests were treated to a performance from a traditional Malay dikir barat group.

On opening night, we also attended Between Heaven and Earth, where the four graduating students of the Intercultural Theatre Institute performed their final year individual projects at the Arts House Play Den. The performances here were intimate affairs, with the performers seated amongst the audience before each segment began. We opened with Pooja Mohanraj with her performance entitled Straitjacket, emerging in a pure white jacket and pants, as she imagines herself within a dystopian future. Beginning with a series of carefully choreographed jerks and unnatural movements, one is able to see the physical struggle she undergoes in playing out this condition where her thoughts and emotions are being crushed by the system. Viscerally disturbing as we become aware of red lasers pointed all over her body, there is the sense that we are being watched throughout the performance as we hear voiceovers from the techno-authoritarians within this world. By the end, Pooja is left writhing on the ground, unable to get up due to the immense stress her body undergoes, and we are left wondering if technology has gone too far.

Pooja’s performance was followed by Han Guei Sze (Zizi)’s You Dogs 你們這些狗！, a multilingual piece that takes inspiration from Bertolt Brecht’s The Good Woman of Setzuan. Zizi is evidently more comfortable and natural speaking in Mandarin, and this perhaps, is her strongest public performance in her ITI final year career, shifting from a brash, loud water seller to a haughty woman of class. Taking place in a water crisis, it is perhaps most impressive when she decides to take a moment to down approximately one litre of water at one go, with the audience’s attention completely transfixed on her as she gulps it without pause, a fascinating feat that cements her character’s utter selfishness and cruelty by consuming that which the masses cannot have. Zizi is engaging, addressing the audience members directly at some points, and her sheer energy ensures that her message comes through strongly to the entire room.

In the third performance, Caroline Chin performs Waltz of the Flower, inspired by the Noh play The Damask Drum and Samuel Beckett’s Waiting for Godot. A slow, absurd piece, Caroline displays immense concentration as she spends almost the entirety of her performance balancing on the balls of her feet with arms clasped around her torso as she paces around her pure white backdrop, with only a wilting, potted tree before her. This turns out to be surprisingly, the most humorous of all four pieces, as her character continually gets distracted by her own thoughts and abruptly veers off course, the narrative never fixed as she speaks fleetingly about love and death, reaching her mouth to the single leaf but always drawing back at the last moment. A reflection on regret, a fear of never having done enough, and the concept of twilight years, the loss of memory, and the general absurdity of life, there is power in Caroline’s slowness that keeps our attention focused on her throughout.

Finally, we ended with Lakshmana KP’s Fireflies, beginning with a Bollywood dance sequence as the rest of the ITI graduates assist him with setting up his set, the backdrop of earth itself with two portraits hung up (presumably the character’s mother and father). Lakshmana’s performance revolves around a poetic suicide note, as he recalls his childhood and the life of an Untouchable (in Indian caste system) that he has undergone. There are some genuinely beautiful moments in here as he recalls the memory of joy at watching action films on TV, or catching a firefly and putting it in his pocket. Full of energy, the performance reaches its denouement as he allows a clay pot to fall and smash upon the ground, an indicator of something completely, utterly broken and irreparable, as he ends off his performance, fate unknown but presumably, accepting, angrily, his predestined identity and status as he ends it all.

One is left certain that with the knowledge and skills gained over their training, these graduates will end the year off on a strong note as they end their season and formal education on 29th November with Extremities at the Esplanade Theatre Studio. 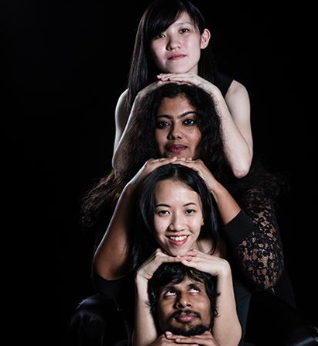 As the 21st edition of the Singapore Writers Festival begins, so shall it move quickly as it ends this weekend, with countless activities and talks to take part in across the board. Stay tuned for more exciting coverage as the week goes on and into the second weekend.

The Intercultural Theatre Institute students will perform their final production of the year, Extremities, from 29th November to 1st December 2018. Tickets available from Peatix.