The tortured artist has been a familiar stereotype since time immemorial. But in the case of dancers, it’s a stereotype that holds water, as they quite literally suffer for their art from years of physical training, and the actual act of performing choreography and moves that put strain on their bodies.

This idea of pain is just one of the many ideas that will be captured in Broken Turns, a new work by Spanish dancer and theatre performer Qotn Van Su Yun. Premiering on Zoom this week, the performance sees Su Yun combining both movement and her own story as a semi-accomplished Spanish dancer, while explaining the variations and history of the art form.

“It’s interesting how dance has always been about finding the safest and most efficient way to do something, with less energy to create more impact or power,” says Su Yun. “And in Spanish dance, to achieve the highest level of quality of the movement, there’s a need to feel pain just to allow the body to move in that way.”

The project started around 2018, back when Su Yun was performing with The Second Breakfast Company in The Moon Is Less Bright, and where she found her collaborators in Adeeb Fazah and Nah Dominic, who now act as her director and writer-dramaturg respectively. “That year, I also saw Dominic do his B-boy-themed monologue dead was the body till i taught it how to move,” says Su Yun. “And I thought, I had this idea to talk about Spanish dance in a theatre show, so why not work together with both of them to make it happen?”

Broken Turns tells the story of a semi-accomplished Spanish Dancer in Singapore who takes the time with the audience to de-exoticise the historic art form. At the same time, she hopes to de-exoticise herself, being known to and related with others on her own terms and not how they misconstrue her personality. Over the course of the play, watch as she invites you to choose what you want to witness of her current repertoire, breaking down the conventions of her craft in the process. But as she turns between histories and her stories of Spanish Dance, different expectations of how to perform herself for others get in her way. Faced with misreadings of both dance and dancer, can she successfully re-choreograph your perceptions? Or will you take it the wrong way?

“The show has been in the works for a while now since first talking about it in 2018,” says director Adeeb, who is also artistic director of The Second Breakfast Company. “We had a closed door reading, and decided we wanted to stage it in some form. With the National Arts Council’s Digital Presentation Grant available, we started planning so I could be available to direct it even while juggling directing The Singapore Trilogy on the side.”

“We’re familiar with Zoom fatigue by now, but as an experiment, we are hoping to use Zoom in a way that is engaging and captivating so audiences can still encounter the work from the safety of their homes,” he adds. “What Zoom also does is to heighten the portrayal of isolation of the individual and that ties back to Qotn’s story.”

“One thing we wanted to do was to make sure it remained a ‘live’ show, where audiences could interact and remain engaged even on Zoom,” adds Dominic. The show itself will have elements of audience interaction, with audience polls that will dictate what dance sequences and corresponding scenes take place, based on the popular vote.

“I think one of the other issues we were aware of was that it’s two men, myself and Adeeb, who’re helping a woman put on this show, and there’s some tension in there, because I fear we may miss things from our perspective,” Dominic adds. “The show and process is ultimately always led by her, and we’re here to help her shape it.” 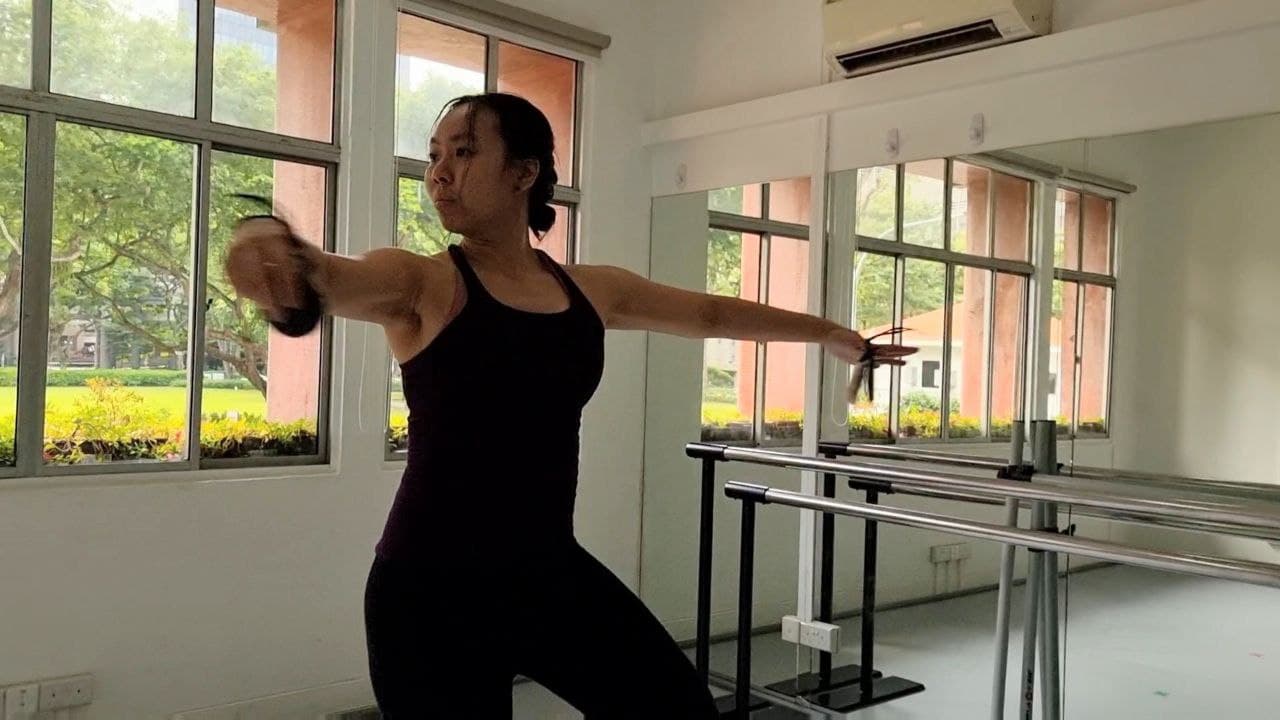 As niche and obscure a topic as Spanish dance is, Su Yun hopes to use this as an opportunity to demystify the topic, and educate audience members on how the form goes far beyond just flamenco alone. “I think the problem with local audiences is that we have a tendency to simplify and categorise things into ‘digestible’ portions. But often after simplifying things, we forget to look at it again and go deeper,” she says. “And particularly for Spanish dance, most people only know flamenco, when in reality, there’s actually several types of dances that fall under that category, but get overlooked because they’re just not as flamboyant or popularised as flamenco. I’m trying to make sure that they survive in some form, otherwise, who else is going to do something like this?”

“I do recognise that what I know of Spanish dance is only the tip of the iceberg,” she admits. “But what I do know, I want to put out there now, because who knows – in five years, it might be a case where no one will know anything about the regional Spanish dances, and all that’s left is flamenco. Just because you see one thing doesn’t mean that’s all there is to it. Just because it’s inconvenient to have to learn more about something, doesn’t mean it’s not there to be learnt and uncovered.”

“Whole artforms die or deteriorate because many people’s passion or appreciation is limited to what’s immediately convenient and digestible,” she adds. “Similarly, people tend to hastily reject any person that dares to be more than what’s convenient for their comfort. Being a performer gives one some control over what they want or need people to see and hear and feel, rather than what is convenient to people to perceive.”

In a way, this extends into what the team hope to bring across to audiences. “If you abstract the idea, then that’s also kind of what we’re building upon,” says Dominic. “We know audiences will come in with certain pre-conceptions of Spanish dance, and ideally, people come away and start to buy into the abstracted idea of wanting to know more things, and scratch beyond the surface.” 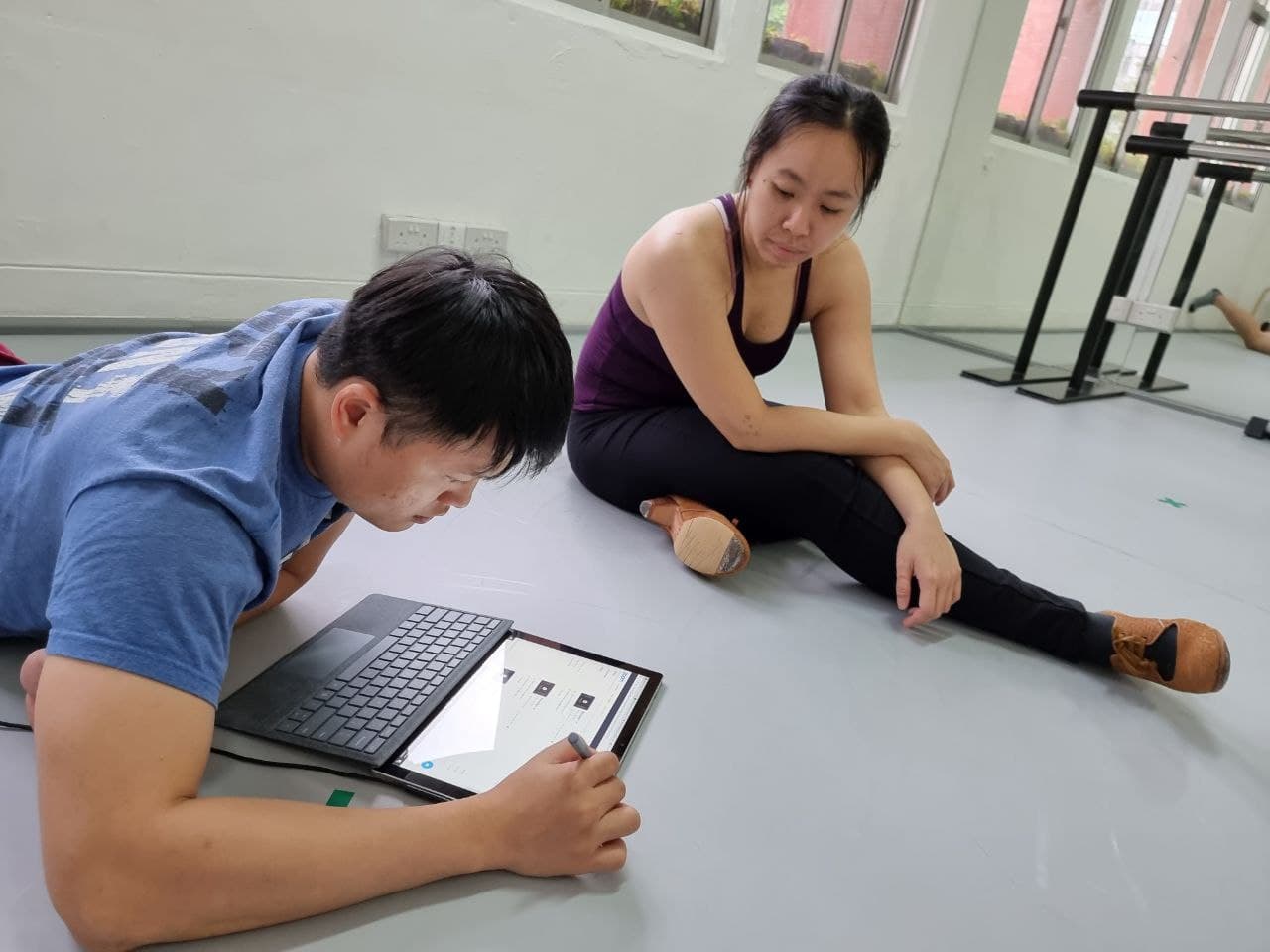 As for Adeeb, a self-taught director with no background in dance, perhaps the biggest challenge was to figure out how he, as a non-dancer, would approach the piece. “I see myself as the audience member coming in to watch the show, and as someone who doesn’t come from a dance background, my focus is on the story behind the dance,” he says. “If it’s movement alone, the layperson won’t necessarily be able to appreciate it, so it’s important to communicate that story.”

“As someone who works on so many different projects, sometimes I do wonder if I need to have some kind of ‘brand’ as a director, but I’m also enjoying the freedom it affords,” he muses. “It’s a chance to meet with all kinds of people and create different work, whether it’s 2BCo, or this, or Impromptu Meetings. I’m still experimenting with so many different things, and if someone asked me what it is I do, I’d tell them I’m finding a way to tell creative stories.”

“I go by the notion that it’s always better to do something than nothing, and that’s something that presents itself in the script too,” Su Yun concludes. “I don’t always have a game plan, but I do think it’s important to talk about these art forms and draw attention to them. At least in that way, I’m the one lobbing the ball into the court, creating conversation, and seeing where it goes from there.”

One of the ways that Broken Turns will make use of the Zoom platform is to have audience polls that will dictate what dance sequences and corresponding scenes take place. Because of this, each performance may vary depending on the popular votes at each polling juncture. “Just as it is impossible for an audience member to fully understand the complexities and different sides of Spanish Dance in 90 minutes, so too it is impossible to know the same of the dancer herself,” says Dominic. “In being made aware there are other stories and dances we are not privy to, we hope to induce the realisation that both the dance and dancer remain multifaceted in spite of our own personal lack of, or limited awareness of it.”

This project is supported by the National Arts Council of Singapore, as part of #SGCultureAnywhere. Broken Turns has also partnered with Lighthouse Dance as a venue partner on this iteration of the project. As the performance involves audience choices of scenes that will be played out, each performance may vary, and audiences will have the option of a flexible viewing date, allowing access to all 3 performances.