Worst birthday ever makes for one of the best shows of 2019. Growing up in Singapore, the hard and fast path to ‘success’ has always been made abundantly clear to […]

Near the start of 2019, local theatre company Nine Years Theatre (NYT) announced their new season, starting with FAUST/US in February, original play First Fleet in July, before rounding off with a […]

Nine Years Theatre returns this October for their third and final production of the year. Following the premiere of brand new play First Fleet in July, the company returns to their […] 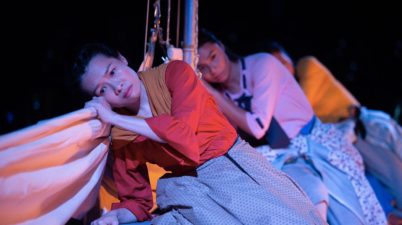 Steering audiences to believe in the redemptive power of art. Written and directed by Nelson Chia, First Fleet marks a bold move for the Nine Years Theatre artistic director, clearly differentiating them from […]

Following FAUST/US earlier this year, Nine Years Theatre returns this week for their second production of the year – an original work about the first British fleet to step foot onto […]

Nine Years Theatre (NYT) is back for their second production of the year with the all new First Fleet. Written by NYT Artistic Director Nelson Chia, First Fleet draws inspiration from Thomas Keneally’s […]

Lest the demons get to me. Written by Johann Wolfgang von Goethe in the early 1800s, there is a timelessness to the narrative and themes discussed in Faust that have led […]

Dealing with the Devil: An Interview with Performer Mia Chee and Director Cherilyn Woo of Nine Years Theatre’s FAUST/US (浮世/德)

This March, Nine Years Theatre (NYT) opens their 2019 season with what is now their signature style of adapting a Western text into Mandarin, this time around having selected Goethe’s Faustus, the […]

“I often feel like there are two souls living in me. One with an overwhelming zest with love for life, desperately clinging onto the world and all its wonders, the […]

There is more than a passing similarity to Shakespeare’s King Lear and a certain recently deceased leader from our very own country. Besides being former heads of a nation and […]

“We used to think power is our life’s goal, forgetting that wisdom is what our lives are founded upon.” Following their reimagination of Strindberg’s Miss Julie earlier this year, Nine Years […] 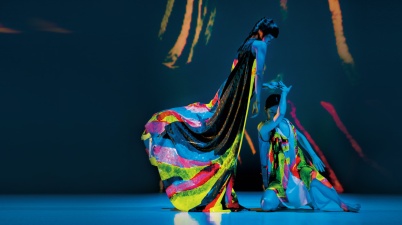 Closing off the 29th edition of the annual Macao Arts Festival is Taiwanese dance company Cloud Gate 2 with their performance 13 Tongues. First commissioned for the Taiwan International Festival of Arts […]

Strindberg’s classic is re-appropriated to complicate issues of identity and the mutability of class in this new adaptation. In watching Nelson Chia’s adaptation of August Strindberg’s Miss Julie, there’s a scene from late […]

Fresh from a successful premiere at the 2018 Macau Arts Festival, Nine Years Theatre (NYT) is flying back to Singapore to present their newest production Pissed Julie.  Initially proposed by artistic […]

In April and May this year, the Macao Arts Festival returns for an entire month to bring together the region and the world’s best arts. Now in its 29th edition, […]