This October, the Esplanade has a real treat for flamenco fans in Singapore. Enter The Roots of Flamenco World Tour 2017, featuring two spectacular flamenco shows featuring only the best talents from the sexy, dazzling world of flamenco – including ‘Golden Couple’ soloist/choreographer Sonia Olla and singer Ismael Fernandez, both of whom have even worked with legendary pop star Madonna on her Rebel Heart Tour (which came to Singapore last February), as well as Ricky Martin’s 2017 Las Vegas Show. Check out our sneak peek into what you can expect to see from the fiery performers that’ll be descending upon the Esplanade Recital Studio this week! 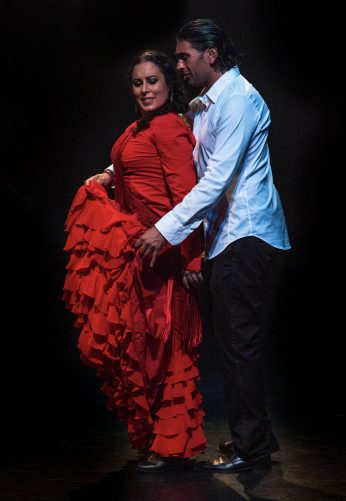 The Roots of Flamenco Tour opens with the mesmerizing and unique Gypsy Jazz Flamenco. Harkening back to the more traditional roots of flamenco and its history in folklore and folk music, Gypsy Jazz is a unique musical style that is best known for its rich oral tradition with historical memories passed down through generations.

In this performance, acclaimed, multi-Grammy Award nominated jazz-flamenco fusion pianist Chano Deminguez has composed a truly unique integration that combines the best sounds of jazz with the rhythms of flamenco. Keep your ears pricked up and ready to take in all that this performance has to offer, including singing from Ismael Fernandez and Ismael ‘El Bola’, while you feast your eyes on Sonia Olla as she dances the night away. 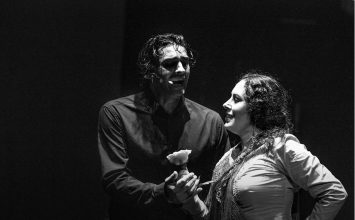 The next night, the Golden Couple returns for yet another performance.  If you’ve ever been to Spain, chances are you might have come across a traditional tablao, or cafe, where patrons not only get to have a nice meal; there’s even a flamenco performance that’ll accompany it!

So at Thursday’s Tablao Sevilla Flamenco, one should only expect an epic, dramatic performance as flamenco’s ‘Golden Couple’ Sonia Olla and Ismael Fernandez take to the stage and present a performance that will no doubt make audiences feel the weight of love, unbridled passion and endless drama.

The show will present Sonia Olla’s unforgettable hell-and-toe step combinations, alongside explosive action from her hips and shoulders, transforming the art of flamenco into a fantastic new improvised form, while Ismael Fernandez, considered one of the most charismatic singers, will connect to the very soul of audience members with his emotional voice.

Furthermore, exclusive merchandise is available for purchase on site, including a limited edition Roots of Flamenco T-shirt and tote bag, which the artists will be more than happy to sign during the meet and greet after the show. Grab your tickets soon as seats are limited, and get ready for an assault on the senses as The Roots of Flamenco goes back to the heart of flamenco, and presents unforgettable performances that will set the fire within your soul ablaze with love for this inimitable art form.