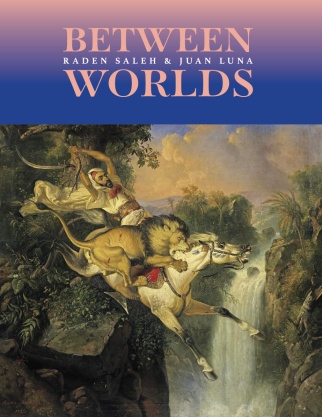 In the sister exhibition to the National Gallery’s latest showcase Century of Light, visitors will be introduced to two Southeast Asian artists educated in Europe. Caught between their own cultural identities and their artistic education (and later careers) in Europe, Indoensian artist Raden Saleh and Filipino artist Juan Luna are our artist heroes of Between Worlds.

Combining Western techniques and Asian sensibilities, both artists rose to fame and became heroes of the art world, creating truly dazzling, unique artworks while attempting to reconcile their love of their homeland with their rising careers in Europe. Curated by Russell Storer, Clarissa Chikiamco and Syed Muhammad Hafiz, the exhibition is the culmination of 4 years work, gathering works from over 50 museums and galleries from all over the world, some of which have never been exhibited before.

The first part of the exhibition focuses on Indonesian artist Raden Saleh. Raden Saleh was the first Indonesian artist to receive training in Europe, having been trained in landscape, genre and portrait in the Netherlands. Famed for his signature Orientalist animal hunts and fights, visitors will have a chance to view ‘Six Horsemen Chasing a Deer’, borrowed from the Smithsonian American Art Museum and on public display for the first time, and Between Worlds headliner painting ‘Arab Horseman Attacked by a Lion’.

The second part of the exhibition focuses on Filipino artist Juan Luna. Luna studied in Madrid and Rome under Spanish painter Alejo Vera, and came to fame in 1884 upon winning a First Class Medal in Spain’s annual art exhibition in Madrid. Luna continued his career in Paris, before finally returning to the Philippines, painting both historical scenes and later on, works of Realism during his active years. Highlights of this section include ‘Cleopatra’, Luna’s massive painting that depicts the legendary Egyptian Queen’s death, and ‘Les Ignorés (The Unknown Ones)’ one of his major surviving Realist works reflecting contemporary social realities.

As always, it’s a delight to see the National Gallery shining the spotlight on regional artists who deserve greater recognition. Between Worlds has truly been a labour of love for the gallery, and it’s evident how much effort has gone into acquiring these paintings from all across the world, when the curators visited and negotiated loans with various museums and private collectors. A rare chance to see this many works by either artist together in the same place, don’t let this opportunity pass you by and make a date with the gallery to admire these magnificent depictions of the fantastic and sobering representations of reality, and soon, you too will hold these names dear to your heart.

Century of Light, featuring Between Worlds and Colours of Impressionism, will be shown at the National Gallery from 16th November 2017 – 11th March 2018. For more information and to book tickets online, visit their website here