Artist Spotlight: An Interview with the Cast and Creatives Behind Oh Lucy! 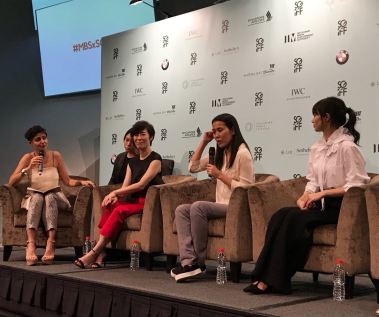 At the 28th Singapore International Film Festival, we got a chance to speak to the director and cast of the final Special Presentation film of the festival: Oh Lucy! At the In Conversation session hosted by moderator Anita Kapoor, who asked some truly brilliant questions, we were privy to some of director Atsuko Hirayanagi and cast members Shinobu Terajima and Shioli Kutsuna’s most personal thoughts and reflections on working on the film.

Adapted from a short film of the same name Atsuko Hirayanagi made a few years earlier, the film follows middle-aged officer worker Setsuko as she unexpectedly finds love while substituting for her niece as a student in an unconventional English class. Things take a turn for the strange when her niece runs away to America with the same English teacher Setsuko has fallen for, and she and her sister decide to go on an epic road trip to find them. 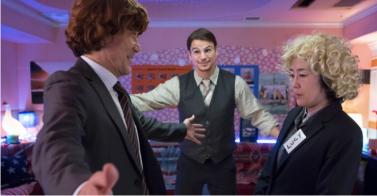 Oh Lucy! is also Atsuko Hirayangi’s debut feature. Born in Japan, Atsuko graduated from the New York University Tish School of the Arts, Asia with an MFA in Film Production in 2014. Having previously worked mainly on short films, Atsuko states that doing a feature film was actually easier, because she worked with a professional cast and crew who knew exactly what they were doing. 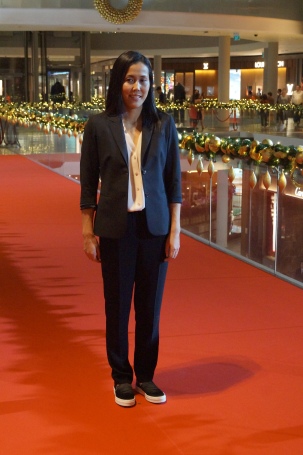 On why she decided to expand on Oh Lucy! specifically, Atsuko said: “Part of the film is my story about how I felt muted, because I couldn’t speak English when I went to New York and experienced lots of personal trouble. As a filmmaker, I want to give a voice to the voiceless and it was important for me to do it as a first feature.”

As a first time director, Atsuko was hard on herself and feels that there was still room for improvement even after the final cut. “I could have pushed for one more take or more, and you’re never really satisfied with your final product. As a first time filmmaker, time is money and there’s always a deadline and you have to make compromises. But I was ok with it because I know I did my best with everything I had and I couldn’t be more happy to get these actors cast and for everyone to have worked together to help me make such a special film.” 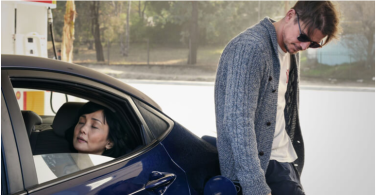 Although Oh Lucy! cast member Josh Hartnett couldn’t be at the festival this year, he still made an appearance over video, apologizing for his absence and giving a shoutout to director Atsuko and his fellow cast members for the incredible film they’ve put out.

On what it was like to work with Josh Hartnett, actress Shioli Kutsuna, who plays Setsuko’s niece Mika said: “I remember we got into this weird giggling mode, and to do that with an actor you first met on the set 3 hours ago is just really comfortable. It was so important for this project that everyone could kind of fit in and trust each other and I felt really lucky to be able to work with him.” 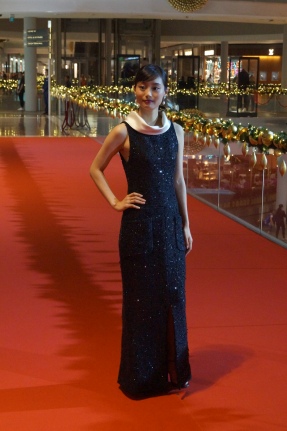 Shioli spent most of her childhood growing up in Sydney, Australia, but later on moved to Japan when she was 14 and started her professional film and idol career there. A rising star, she’s also set to appear in upcoming blockbuster Deadpool 2 in 2018. On making the shift to Hollywood, Shioli said: “Nowadays, everyone’s talking about diversity, so I’m not sure if that has to do with me being cast, but I was really lucky. Still, there’s certain assumptions and prejudices, like how I go on set and meet people who are still surprised I speak English. There are so many actresses in Japan and elsewhere that I feel everyone should get more chances to see.” 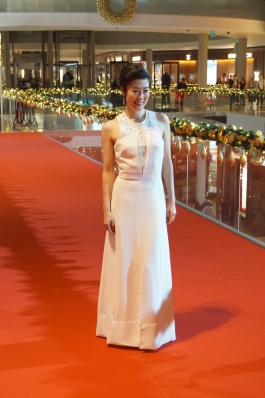 Oh Lucy!‘s shining star though, is the indomitable Shinobu Terajima. A veteran actress known for both drama and comedies, Shinobu expressed that she loved working on films with good scripts (Oh Lucy! being one of them), and that was enough for her to choose to work on a project. On some of the similarities she saw between herself and the cultural differences Setsuko experiences in the film, Shinobu, who is married to a Frenchman: “I’ve experienced a lot of cultural difference during parties. For the French, they’re all kiss-kiss hug-hug, but the Japanese simply shake hands.” 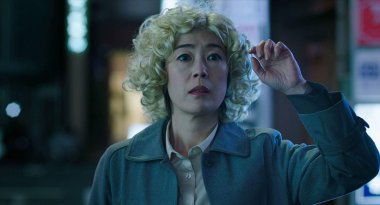 For her role as Setsuko, Shinobu was nominated for 2018 The Independent Spirit Award for Best Female Lead, alongside English speaking actresses such as Frances McDormand, Salma Hayek and Saoirse Ronan. It’s a challenging role, not least because she has to see-saw between playing a flirtatious woman in love and tired office worker. Said producer Yukie Kito: “It’s just so heartening to see her nominated for an award dominated by the English speaking world. It shows that our film and her performance has made a big impact, and just the nomination alone is a huge step forward for greater recognition, and the whole team couldn’t be happier.” 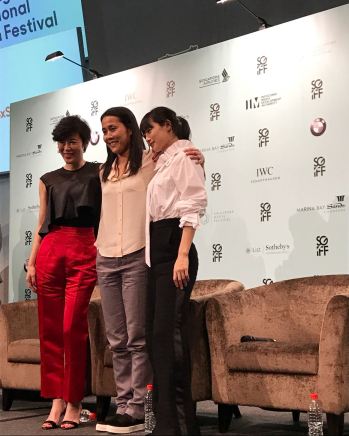 The screening of Oh Lucy! may be over at the 28th SGIFF, but it is set for a wide release in France, USA and Singapore sometime next year. A dark film with a wry comic edge that will have you giggling one moment and sobbing the next, we highly recommend catching Oh Lucy! in cinemas when it gets released, and see for yourselves what these incredible ladies have achieved.

SGIFF 2017 runs from 23rd November to 3rd December across various cinemas and venues. More information and ticket sales available from their website.