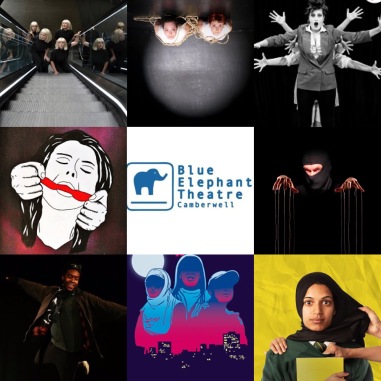 LONDON – Get ready as London’s Blue Elephant Theatre returns for a lineup of more shows than ever before, as they explore themes of life’s darkest and lightest moments through their new summer programme of shows. Marking Blue Elephant’s first seasonas an Arts Council England NPO, Camberwell’s favourite theatre venue will play host to performances that span from clowning to drama, dance to children’s theatre, offering affordable shows for anyone and everyone. Read more about the upcoming shows below, or for more information, visit their website here

Love & Spaghetti by A Truefitt Collective (31st May)

Contemporary dance company A Truefitt Collective presents LOVE & SPAGHETTI, their newest work exploring the complexity, vulnerability and simplicity of human relationships. In this performance, watch Elisha Hamilton’s Too Close to the Bone, and Jay Yule & Tommy Cattin’s Sorry Flowers Die, both reflecting on how relationships cause people to fall apart…and come together again.

Mike Raffone presents this bizarre award-nominated interactive comedy sketch show, as you bear witness to countless ridiculous characters that combines the best of street comedy and cabaret to bring out everything from war to mountaineering, expressive dance to tantric air kissing.

The cursed seeress of Aeschylus’ Agamemnon takes on a new interpretation in this new work by Found in Translation. Touching on the themes of #metoo and #timesup, Cassandra reimagines the classical text as it updates the work to reflect the choices and expectations faced by modern women, and gives a voiceless woman an audience to hear her speak.

The Tale of the Cockatrice by Mumblecrust Theatre (17th June)

The devastatingly dangerous cockatrice is born, and even great knights flee in terror. How could a humble nun possibly defeat this beast? Presented by two muddle-headed storytellers from the award-winning Mumblecrust Theatre, this is the perfect, obscure British legend for young monster-loving audience members to discover this June, alongside spine-tingling live music.

Introducing the Family Blimp, as the Ecole de Jacques Lecoq trained The Klump Company presents grotesque, absurd physical theatre at its best, with the Blimps redefine Home Sweet Home as they attempt to navigate through a strange new place and meet the demands of their new-fangled community.

Second place is as good as failure for too many people, and performance artist/choreographer Robert Hesp presents this series of performance actions and choreographies responding to ideas around/the feeling of failure in this work in progress.

Who needs the Avengers when you have the Croydon Avengers? Three masked vigilantes have risen to the occasion to fight crime in their new home of Croydon, after fleeing their own war-torn histories. But now these heroes will have to face an all new foe in the form of Regina Rump, as she attempts to unmask the Avengers and reveal them as terrorist threats to British identity. Maya Productions presents this exhilarating theatre production that combines comic book visuals with action-packed martial arts to tell a fiercely relevant tale of an increasingly xenophobic England.

Refugee Ringo is one of 60 million displaced people, taking shelter in a cardboard box in an inner city park. He’s there in plain sight, yet invisible to all around him. Listen to Ringo as he tells stories and sings songs of his childhood, sharing his tragic past of a family lost and his fears of starting anew in this brave new world.

Where the Hell is Bernard? by Haste Theatre (10th July)

We previous praised Haste Theatre as “A thoroughly delightful piece suitable for all ages, impressing with their keen sense of the theatrical”, and this July they’re back with a new piece that imagines a futuristic, Kafka-esque city where no one plays and no one ever leaves. In the Lost and Found Office, an item bounces back and forth, and one wonders if it’ll ever find its owner. As always, Hate Theatre will mix magical visuals, movement, live song and clown to present this darkly comic warning for the future.
The Dame by Here’s One I Made Earlier & Duncan Reeves Productions (12th July)

Seasoned pantomime dame Ronald Roy Humphrey is returning home to for the Christmas season, but in this northern seaside town, he begins to remember why he left in the first place. Ghosts of the past come to life as they haunt him along the piers and promenades, and force him to confront a truth he’s been trying his whole life to forget. This work in progress is written by Katie Duncan, and will be performed by Blue Peter presenter Peter Duncan.
An Evening, A Beginning by KAMIENSKI. (19th – 21st July) 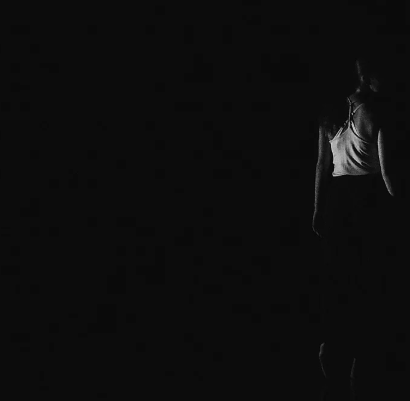 In the final show of Blue Elephant Theatre’s Summer Season, watch as this docu-drama charts the lives of Muslim teachers and governors accused of plotting extremism in Birmingham schools, highlighting the very real xenophobia that continues, and increasingly, plagues the UK.