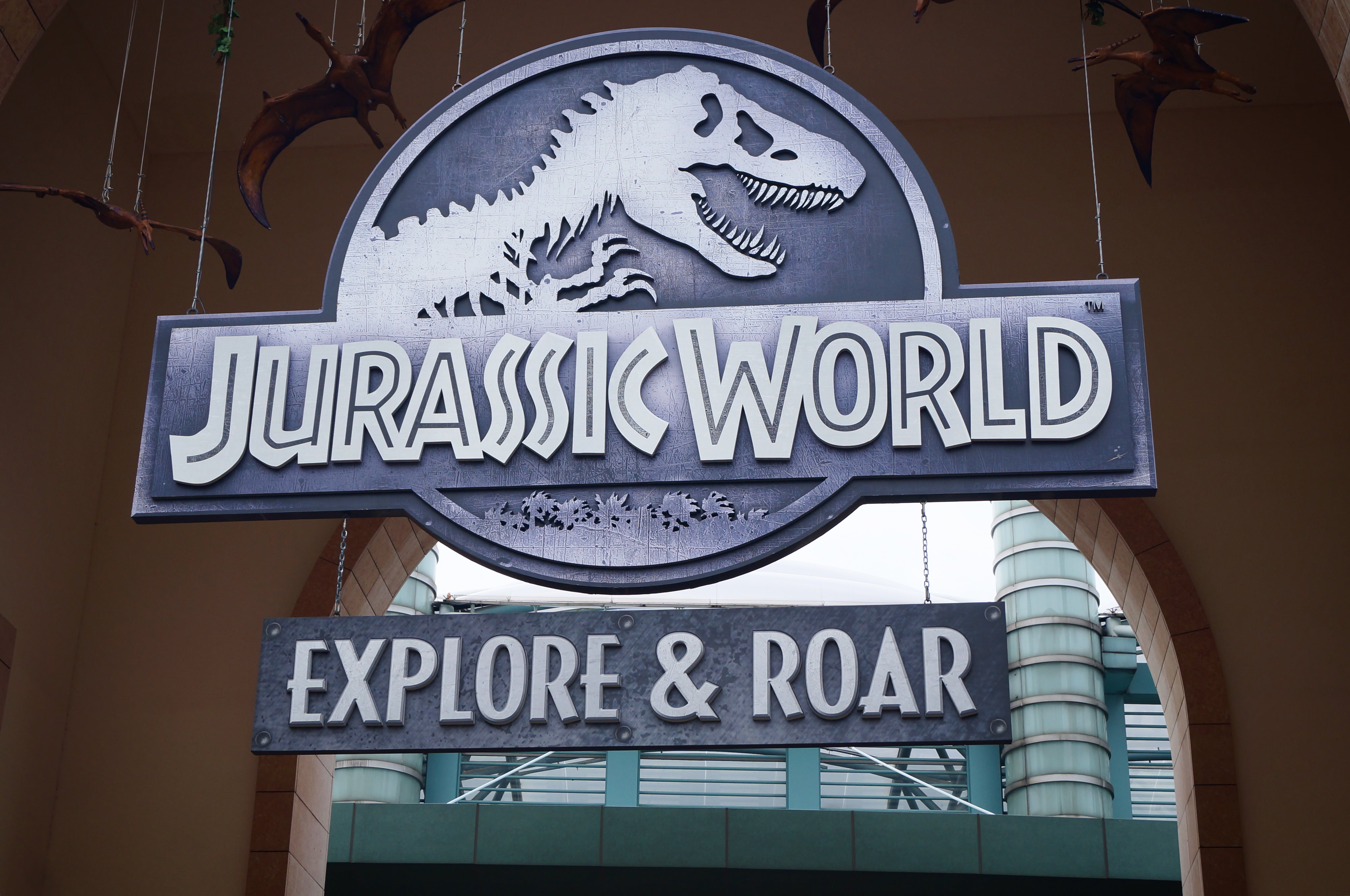 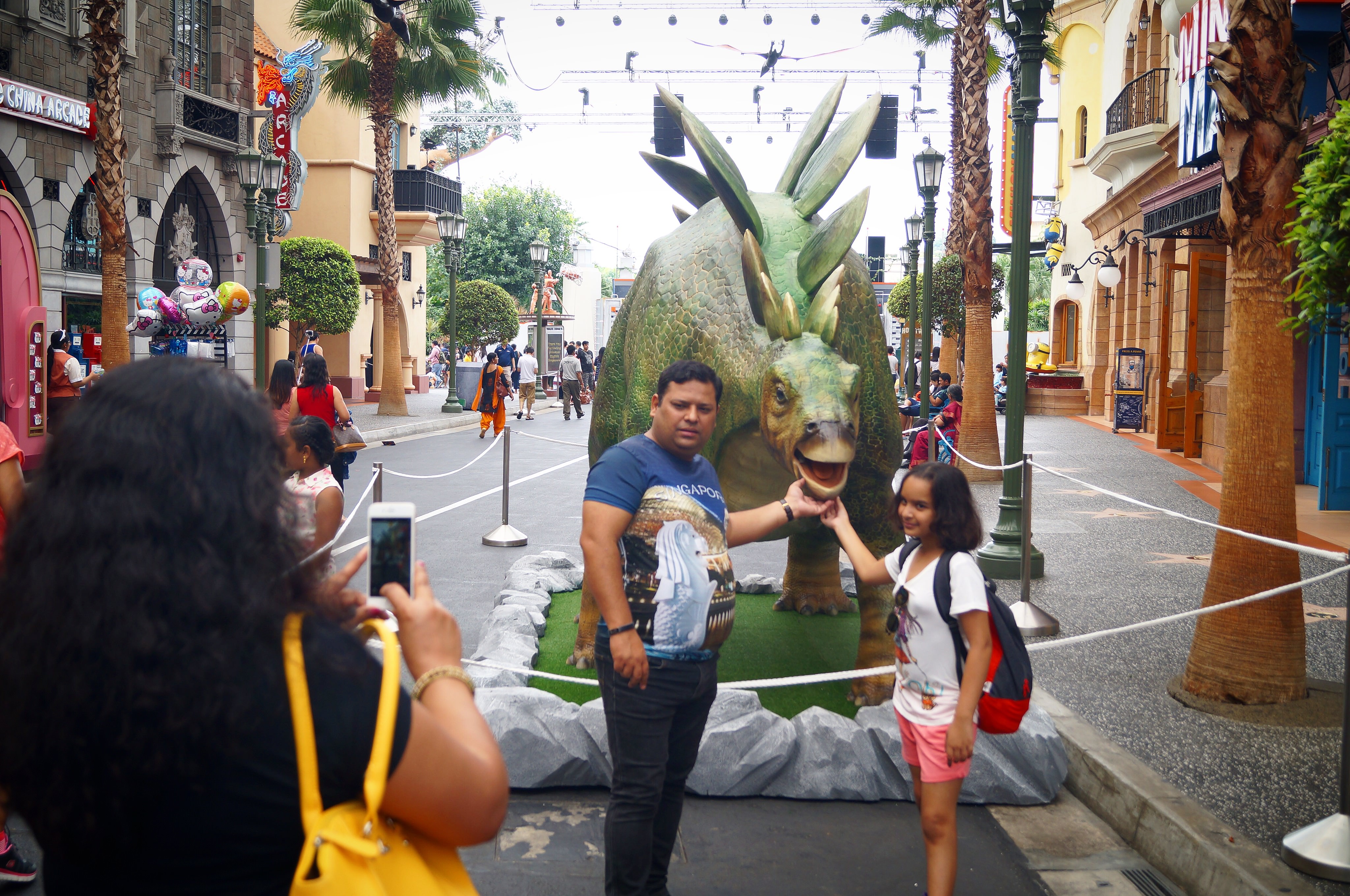 Taking place from now till 22nd August, Jurassic World: Explore & Roar sees some of your favourite dinosaurs come to life as they spring up all around the theme park. Get close to the dinos from the Jurassic World films as you come face to face with the Stegosaurus and even the iconic Gyrosphere from the films. Be sure to take plenty of photos as you pose beside them! 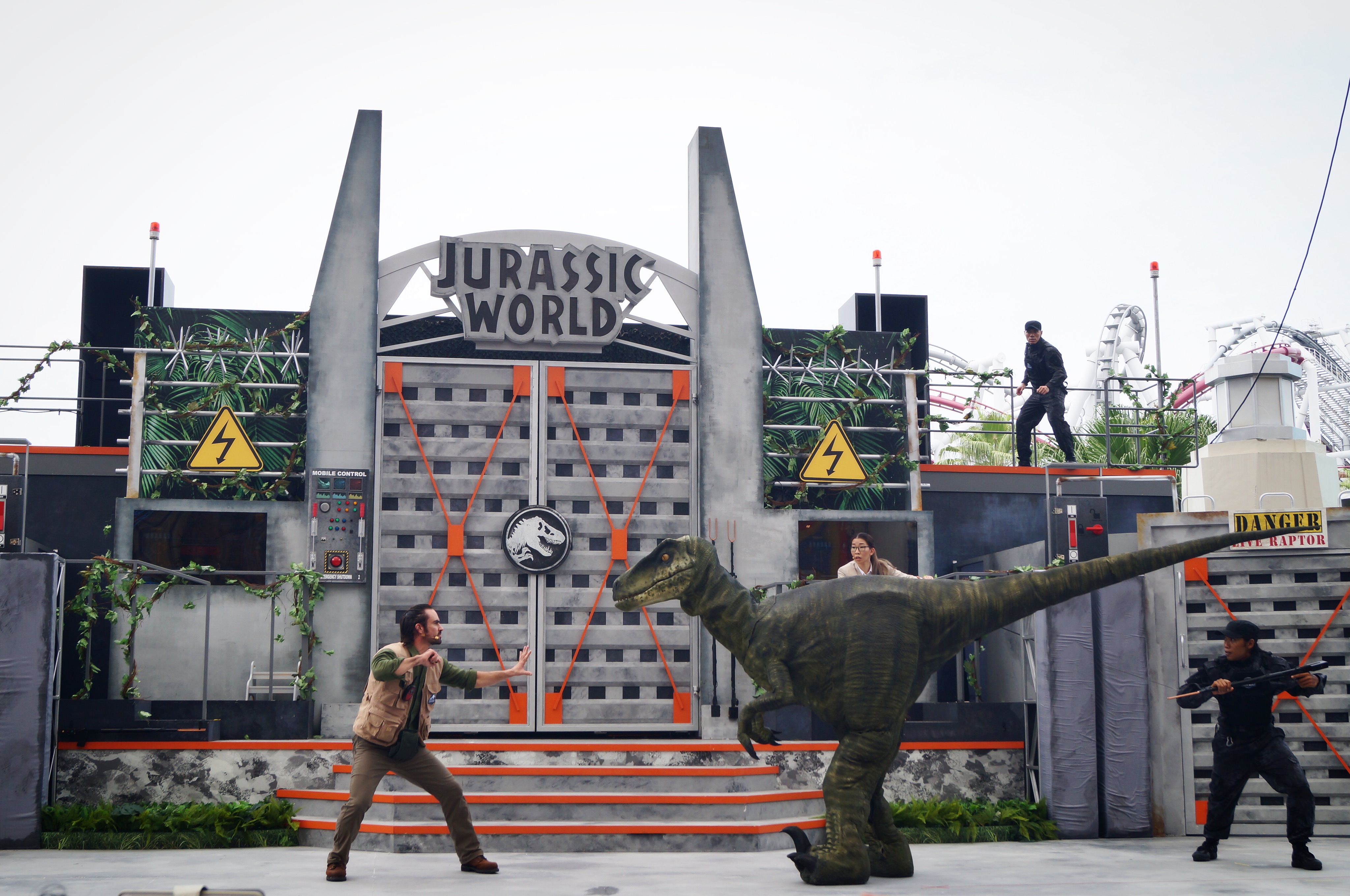 Following the trail of dinosaurs will lead you to Universal Studios’ latest attraction in the form of the Jurassic World: Roar! live show at the Hollywood Lagoon Stage. The set is huge, the largest one yet created for a daytime show at the theme park, and welcomes visitors to Jurassic World with a raptor trainer and scientist. But things go awry when the clever dinosaurs find a way to escape their enclosures, and park visitors will get right into the action as Pteranadons swoop across the sky and terrorise the stage, while a velociraptor is tamed…right before the appearance of the king of dinosaurs himself – the mighty T-Rex! How will your hosts take care of this prehistoric problem? Find out as you watch this exhilarating, stunt-filled show. 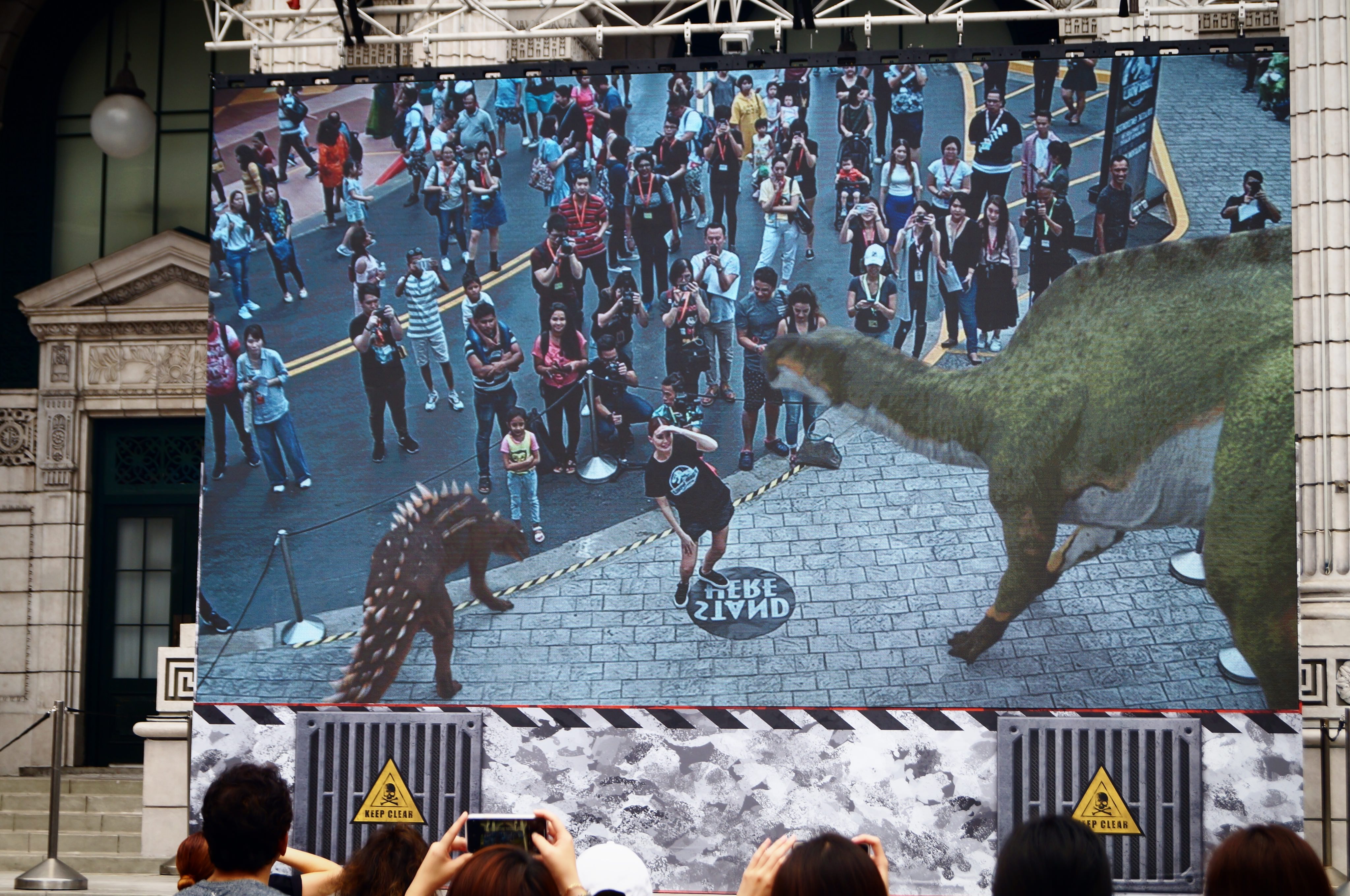 The rest of the park is also filled with plenty of other peripheral activities to get you into the mood – pretend you’re part of the film as you step on over to the New York Public Library and watch as the magic of augmented reality allows virtually rendered dinosaurs to clamber onscreen and interact with you, up close and personal. 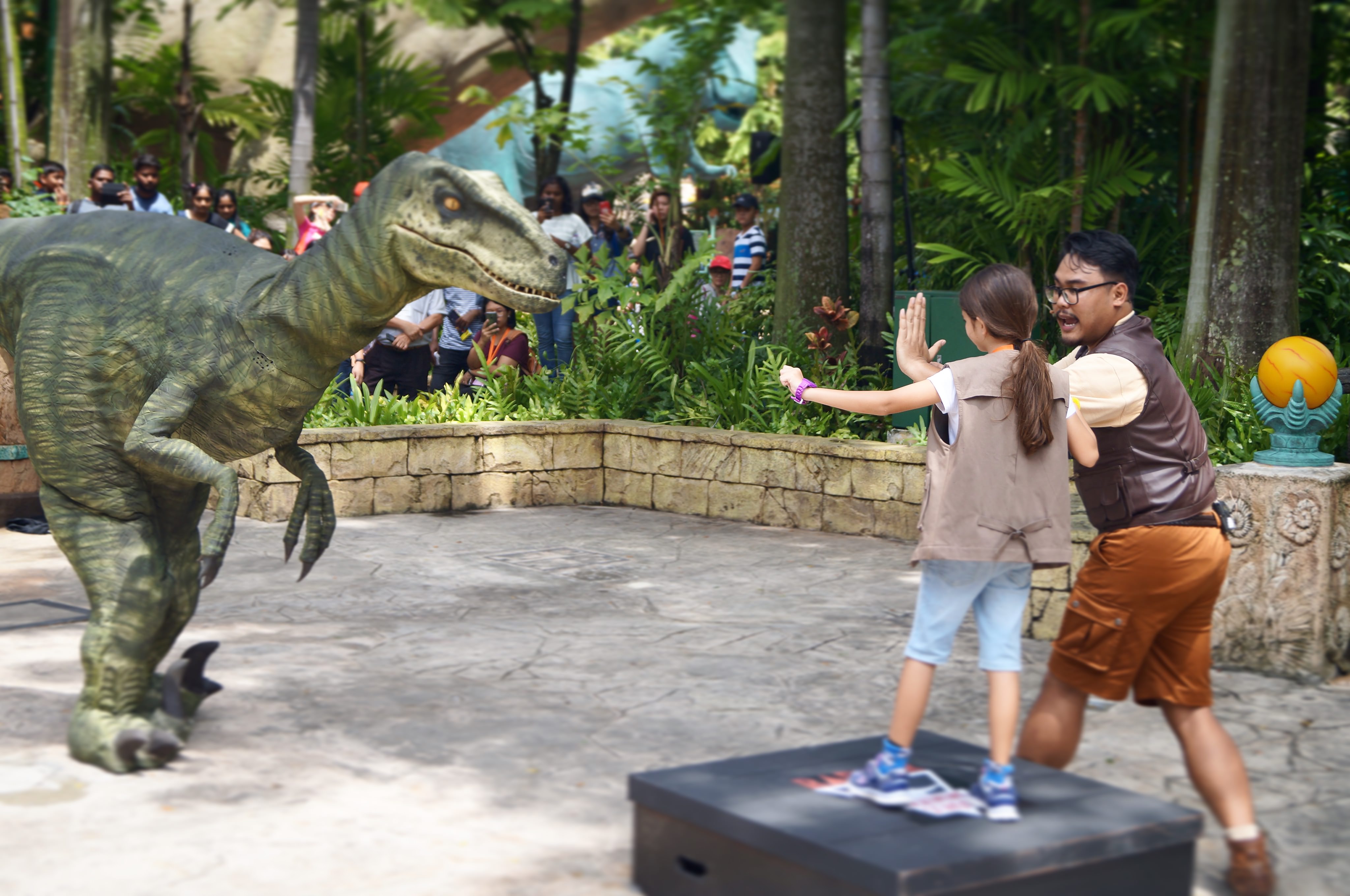 Over at The Lost World, meet enthusiastic and charming Raptor Trainer Wyatt, and learn from him as he takes you through Raptor Training School. Equipped with just a clicker and a vest, participants will learn all they need about handling these intelligent creatures with mutual respect and appreciation, before being put to the test as they meet a real life ‘raptor’ and show off what they’ve learnt! 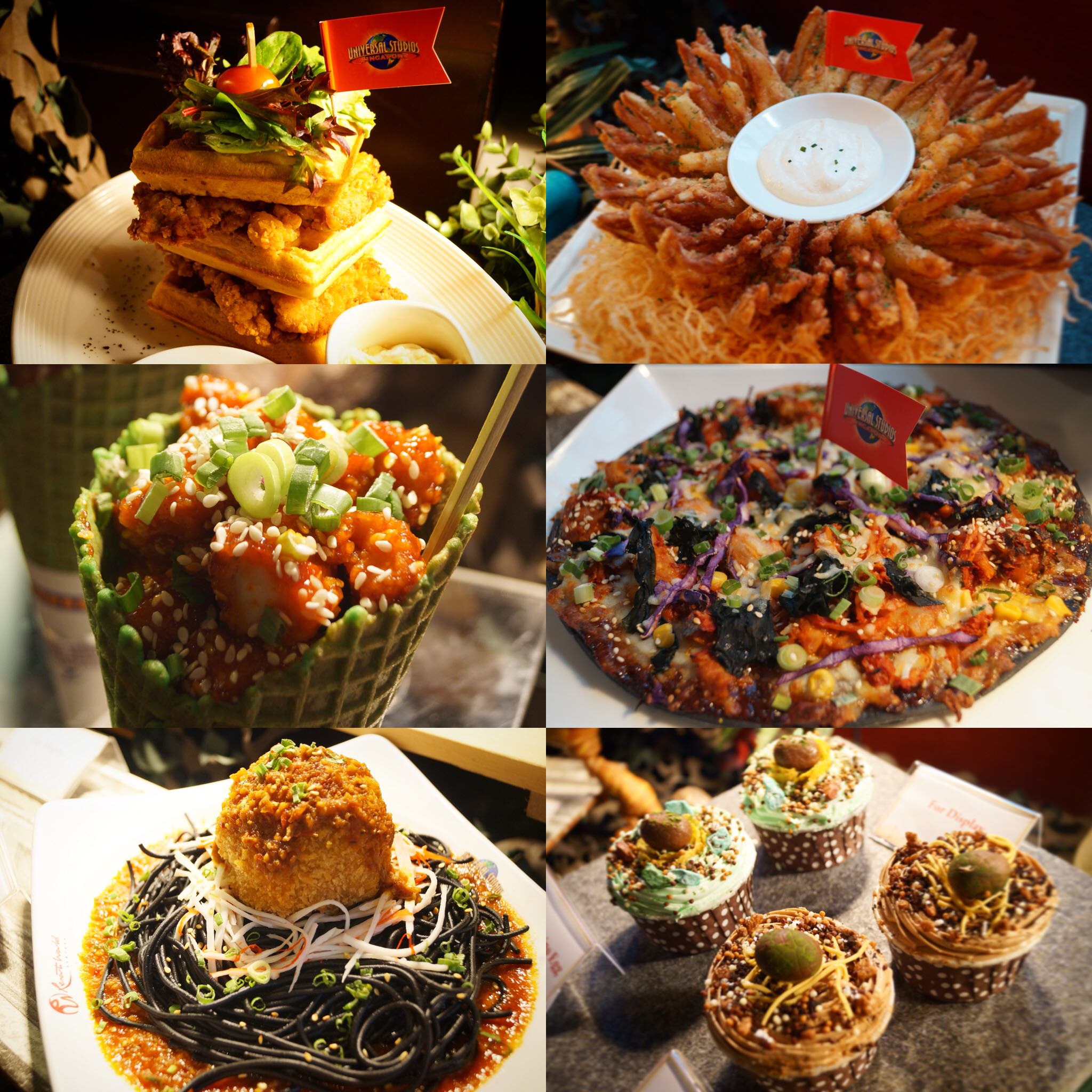 Even the park merchandise has been updated to include some special Jurassic World themed items you can purchase. Besides memorabilia, there’s plenty of themed snacks to satiate the voracious appetite one would have worked up. Fit for a T-Rex, expect to see food such as the fried chicken and waffle T.rex Stacker, gigantic meatball atop a ‘chili crab’ spaghetti negro Dino Egg Pasta and the spicy kimchi-topped Mount Sibo Flaming Pizza. 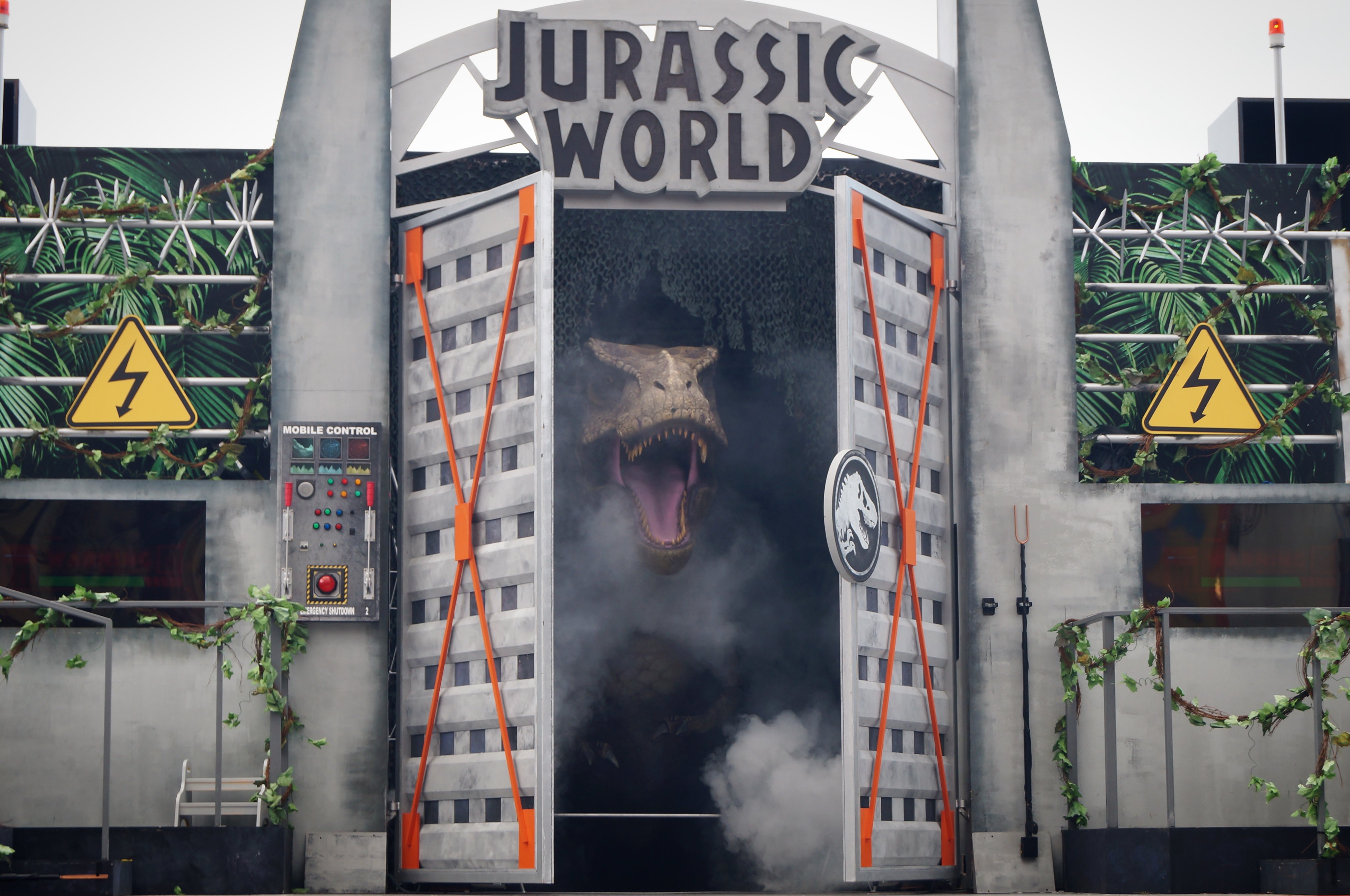 Finally, releasing on 29th June, guests can also look forward to Hatched! Featuring Dr. Rodney, a new mainstay attraction that has guests joining Dr Rodney as he transports his previous cargo of baby velociraptor eggs to the park’s nursery…and even get a chance of a lifetime to watch them hatch! This June, Universal Studios Singapore goes full on prehistoric as it welcomes Jurassic World: Explore and Roar across the park, promising a T-Rex sized ball of a time when you next visit, and fulfil all your childhood palaeontologist dreams.

0 comments on “Dinosaurs On The Loose at RWS’ Jurassic World: Explore & Roar!”