There’s something about the Esplanade Recital Studio that is so special, given the intimacy it affords. This intimacy is what gives rise to the power of Japanese singer songwriter Sachiyo Nakagaki’s beautiful voice, crisp, sensual and chic as it wafted through the Recital Studio in her ‘A Song of Life’ concert last Wednesday (27th June). 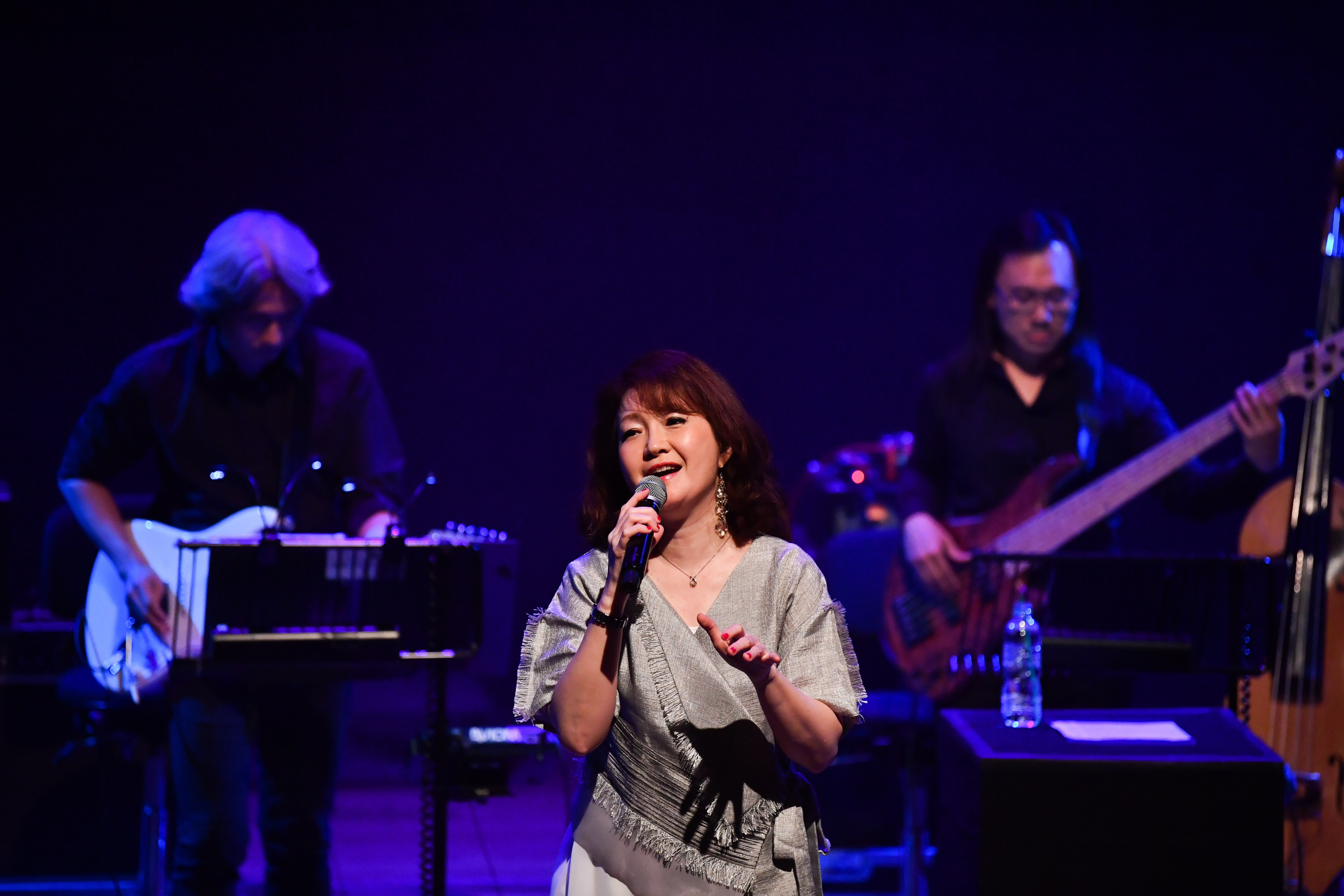 Sachiyo’s voice lends itself perfectly to the kind of music she excels in – lounge-y, bossa nova style music that would pair perfectly with a glass of Yamazaki whiskey on the rocks. Many of Sachiyo’s songs revolve around her childhood spent growing up in both Singapore and Japan, taking inspiration from both countries and her own feelings about them. Sachiyo opened the concert with ‘Kokoro no Koe – Voices From Your Heart’. Inspired by Singapore’s multiculturalism, it was a song that easily brought us into this space within her heart and her life, a convincing and heartening song that started the entire concert on a soothing note. 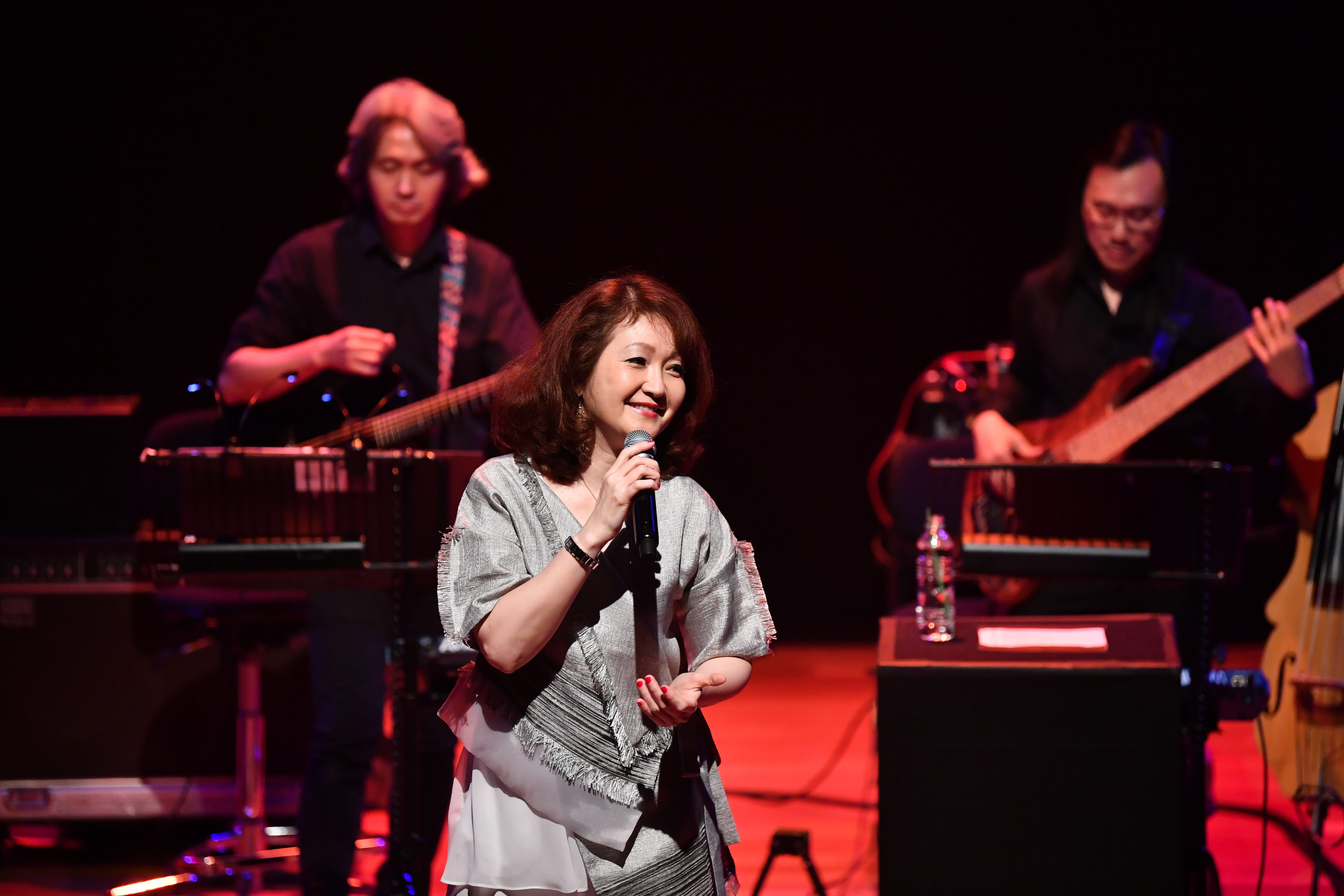 In Kikokushijo Blues, Sachiyo was inspired by her ‘identity crisis’ she faced as a ‘returnee’, or a Japanese child raised abroad. This provided a good contrast against her thematically similar next song ‘Yosomono’, where she sang of feeling like a stranger upon returning to Japan for high school. Taking on two different genres, the former showed off her playful side, while the latter showed off a more sincere, realer side of Sachiyo. 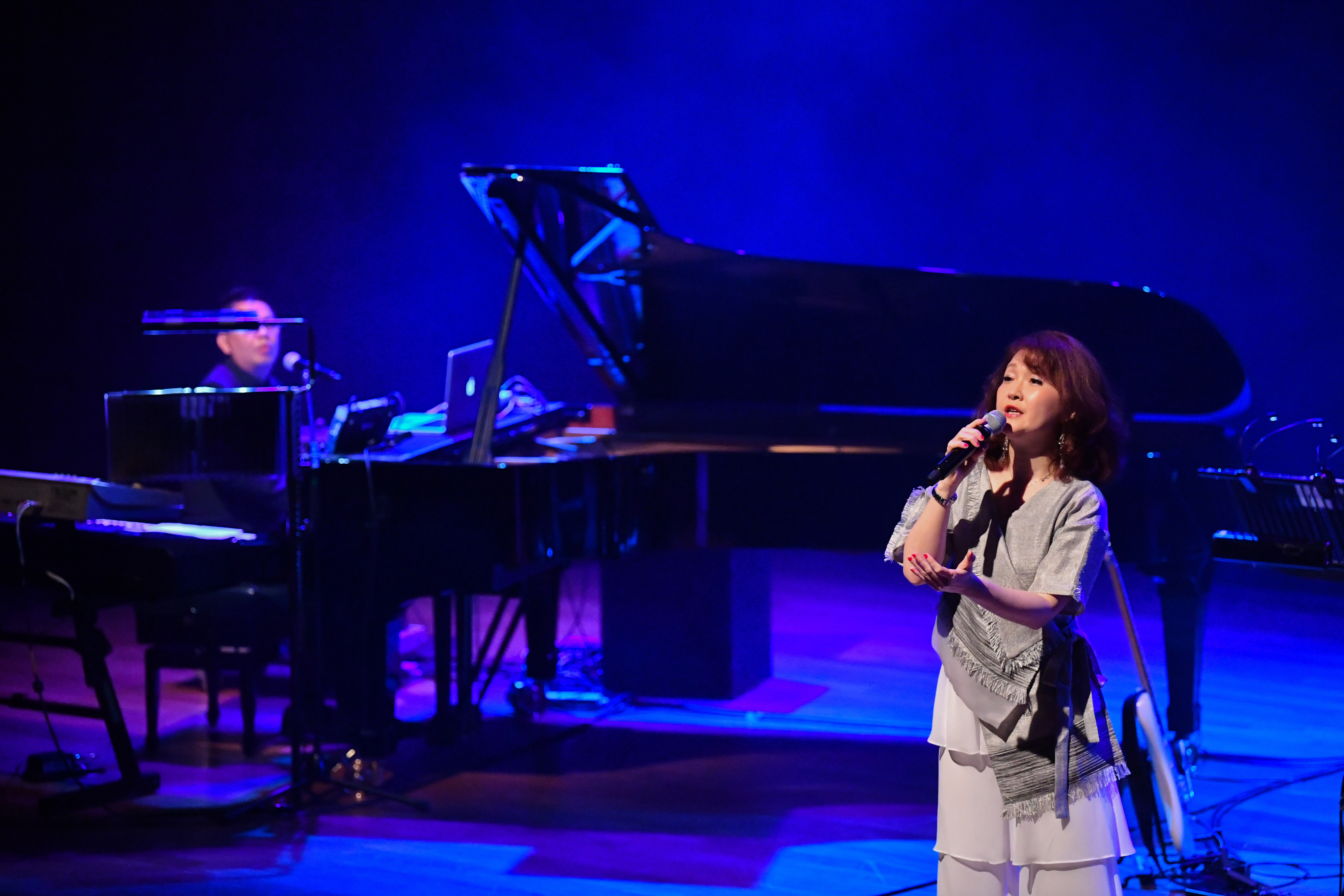 Perhaps one song that no doubt struck a chord with every Singaporean in the audience was her Japanese rendition of Dick Lee’s ‘Home’, who she collaborated with during SJ50. Despite not necessarily understanding every word she sang in Japanese, ‘Home’ is such a powerful song that it can and will pull at your heartstrings no matter what language it is in, and truly allows one to listen with their heart. Rearranged by the amazing Indra Ismail (music director), this version of ‘Home’ wove in the familiar chords of ‘Singapura, Sunny Island’ into the opening and ending sequences, immediately recognizable from the moment it began. A ‘sunny island’ is probably precisely how she saw Singapore at first, being sunny and hot most of the time, but as she began to spend more time here, this ‘sunny island’ eventually became ‘home’ for her, making this arrangement a perfect embodiment of her life story. 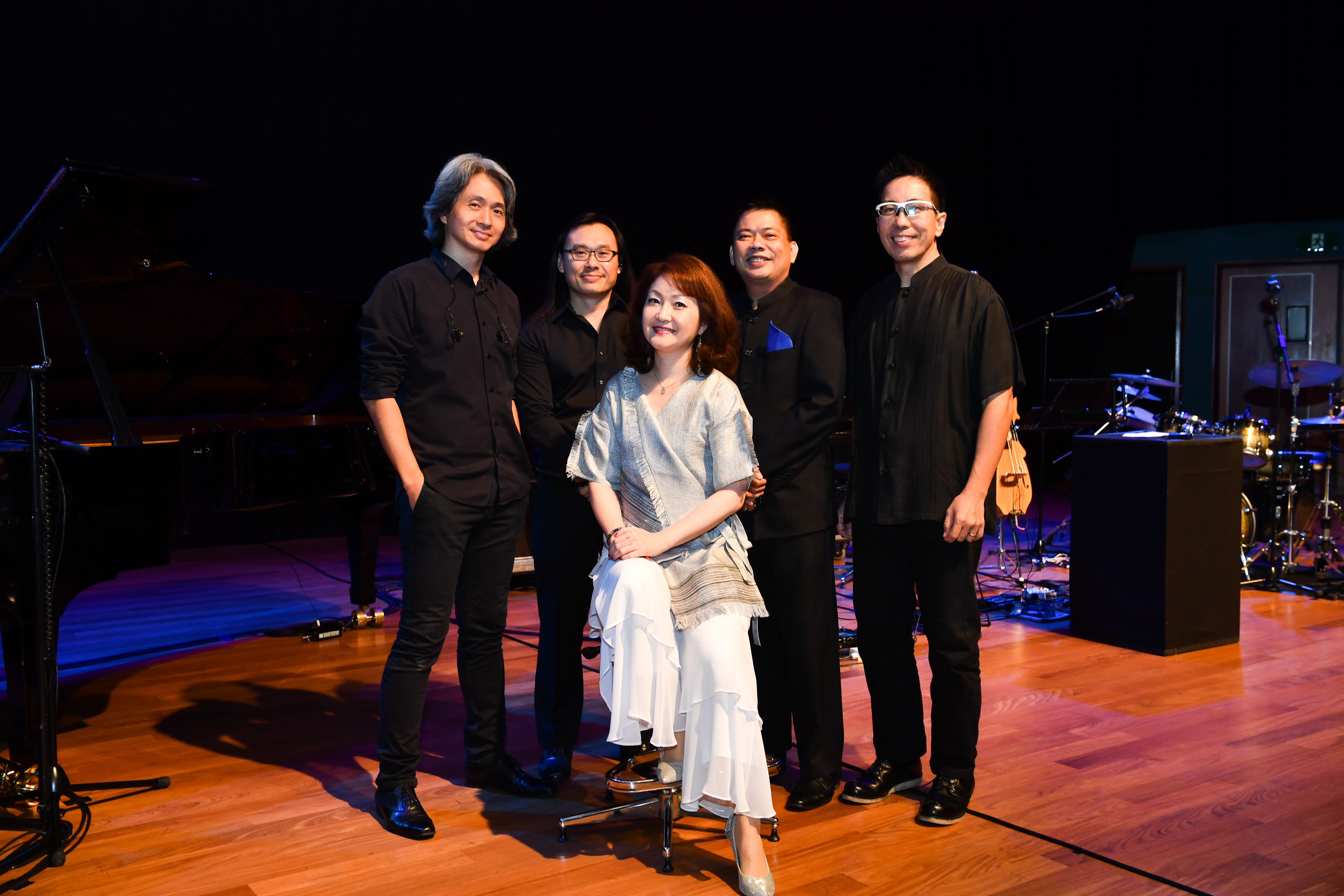 Through her original compositions, Sachiyo fully expresses all aspects of her life, striking out at our hearts with the sincerity in her narrative and songs across genres and styles and showcasing the full range of her flexibility as an artist. Ending off with the eponymous ‘A Song of Life’, written after the 2011 Tohoku Earthquake in Japan, the concert concluded on the perfect note to remember Sachiyo by – a cross-country, multi-identity singer, unafraid to bare her soul onstage as she nimbly sends her words straight to our hearts.

A Song of Life played on 27th June at the Esplanade Recital Studio.

0 comments on “Review: ‘A Song of Life’ Concert by Sachiyo”