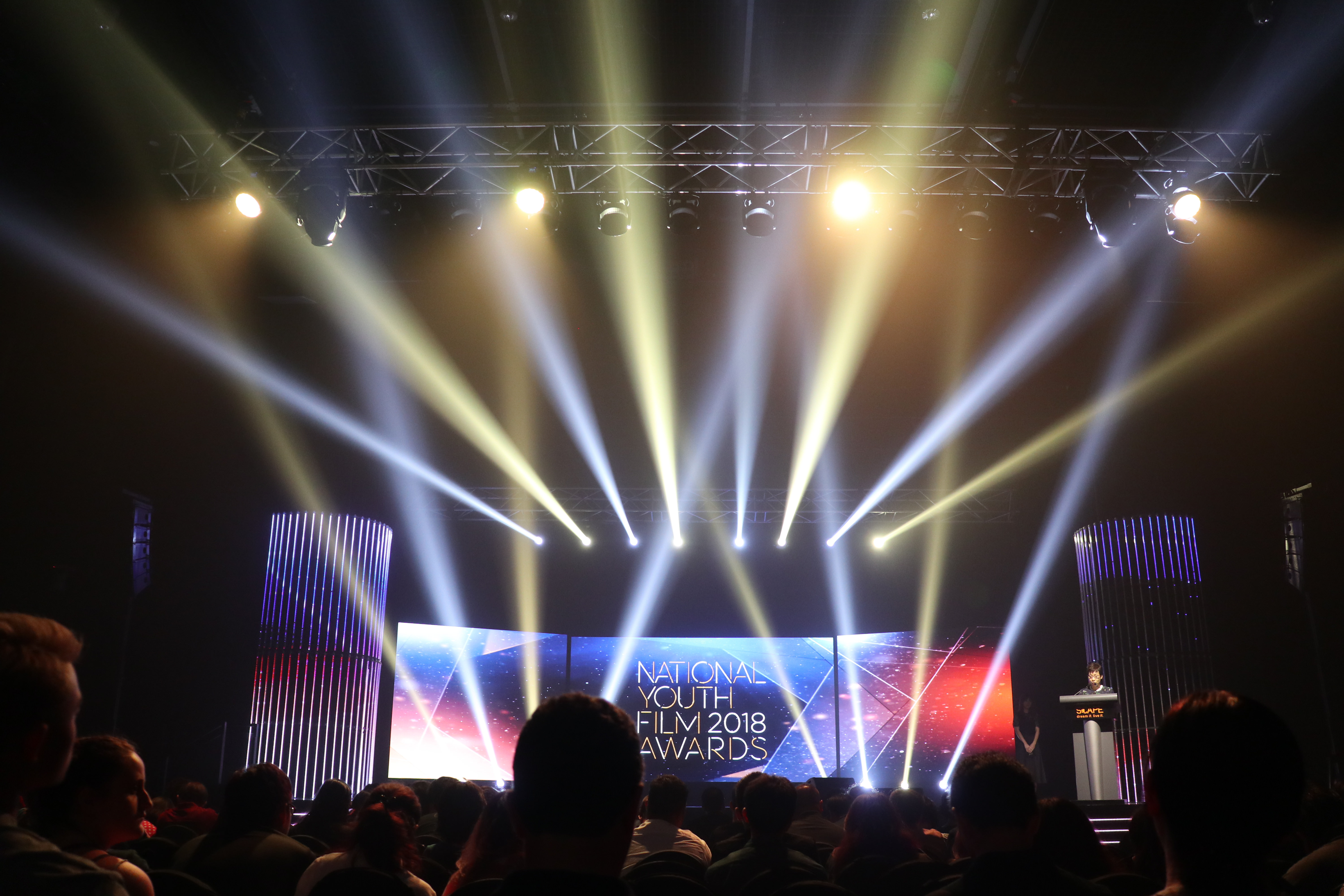 NTU student film about foreign workers ‘Bangla’ and nostalgic film about schooldays ‘Pencil’ walk away with Best Pictures of the ceremony.

After our extensive coverage following the submission phase to the nominees’ announcements, the National Youth Film Awards (NYFA) 2018 finally drew to a close on Saturday with an afternoon awards ceremony held at *SCAPE’s Ground Theatre. Organised by *SCAPE and supported by the National Youth Council and Sinema, NYFA is now in its fourth year, and a total of 28 awards were handed out over the course of the ceremony.

NYFA has only grown from strength to strength each year, expanding from its initial platform as a Media School student awards ceremony in its first year, to welcoming students not from media institutions, to this year’s introduction of the Open Youth category. The new Youth Open category welcomed entries from youths not from media schools up to the age of 35. With this, the number of entries doubled to the most NYFA has ever received in its four year history, with over 450 entries submitted this year, 40% of which were from the Open Youth category, and over 70 films up for nominations across the various awards. Primarily shot in the form of live action drama, the awards also saw a sizeable number of entries for documentary and animated shorts.

Perhaps what is most unique about NYFA is its aim to recognize as many players within a film’s production as possible, ranging from Best Director all the way to Best Colour Grading, providing a strong industry entry point for many of these nominees and winners to guide towards the next step in their careers in film. The sheer range of topics covered was dizzying, from gripping tales of foreign workers in Singapore to action packed revenge thrillers to works dealing with fantastic sci-fi worlds.

Said Minister for Culture, Community and Youth Ms Grace Fu, who was in attendance: “The National Youth Film Awards has provided a platform for our budding young film makers to tell our Singapore story. This year, the new Open Youth category has been a great success, doubling the number of qualified entries to 450. I am happy to see that *SCAPE is providing our aspiring talents greater opportunity to access resources and networks in the film industry, develop filmmaking skills through mentorships, and inspire actions for the collective good of our country.”

As various winners took to the stage over the three hour long awards ceremony, many expressed pleasant surprise and gratitude for their win, certainly a boost of confidence for the many participants who were on the cusp of adulthood or just about to enter the industry proper. With the giddy buzz of awards night and being thrust into the spotlight, one can only hope that they continue to grow from here on out, with partners such as streaming service HOOQ and *SCAPE following these young filmmakers on their journeys as they become the filmmakers to look out for of tomorrow. So many of these films showcased a keen eye for good storytelling and innovative production, and these filmmakers should be honoured that their hard work is being recognised at a national level.

A group of Nanyang Technological University students walked away with Best Picture for the Media Student category for their film Bangla, about an injured migrant worker moonlighting at a hawker stall in his desperation to send money home. The team comprised of Chen Hui Yi, Phoon Ruyi Nelia, Li Ka Yue, Claire Tui, John Foong and Ken Ng.

Says Nelia: “Bangla was so titled to address a certain stereotype Singaporeans have of foreign workers, and it’s interesting how it’s become such an impactful word when said out loud. We wanted to show what that word meant to us and subvert stereotypes, and in our research process, went down to cricket fields and approached workers in Jurong and Punggol to find out more about them and the community of migrant workers here.”

Says Ka Yue: “I live in Punggol and was approached by a Bangladeshi worker one day. In talking to him, I found out more about his background and realised they’re not that different from us actually. For us, we won’t openly discriminate, but there’s still this subtle prejudice that exists inside out heads, and we hope to show some perspective with our film.”

Meanwhile, short film Pencil walked away with the inaugural Best Picture award under the Open Youth Category. The film is set in 90s era Singapore, and follows two primary school schoolmates whose friendship is put to the test with an incident challenging their moral values. The film is currently in the midst of being submitted to various festivals around the world and hopes to gain more traction and recognition there. Says director Gina Tan: “Pencil was inspired by a personal experience – growing up in the 90s, stationery was king and we all showed off our fancy pencils and pencilcases back when handphones didn’t even exist.”

Says co-producer Kenneth Hu: “All three of us have a background in creative producing at university. Funding the film, we were assisted by Honour Singapore, and started our own Kickstarter campaign, the results of which were beyond our expectation and really spurred us to move forward. Ultimately, we hope for this film to grow to become an educational tool in schools. Kids learn values like honour and integrity better from watching something and feeling engaged, and during a screening, one audience member was the vice-principal of a secondary school and already asked if there’s a possibility we could show this in school after it’s run the festival circuit.” 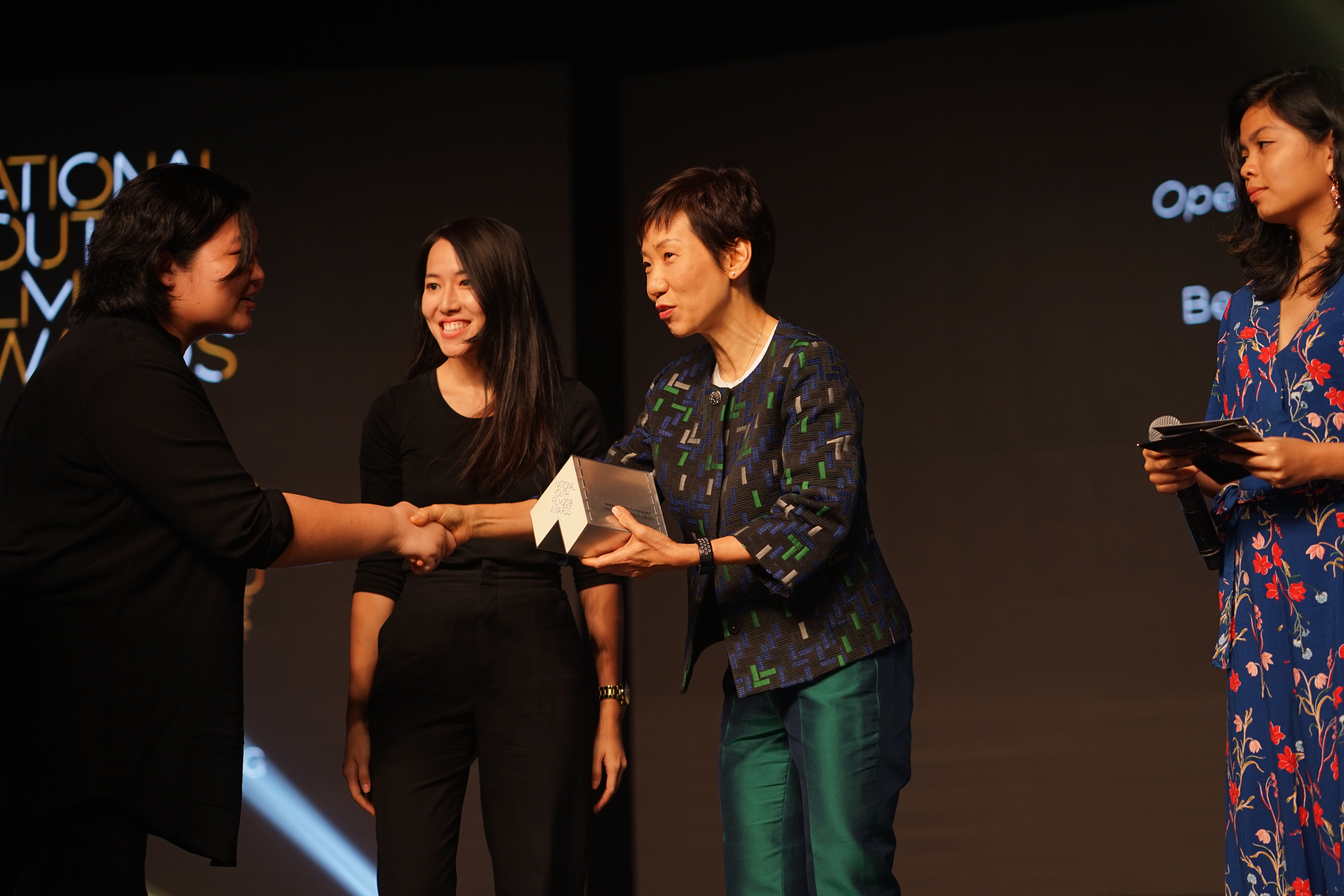 Says Gina: “Above all, we’re amazed how this entire team of people believed in the story from start to end, and came together to complete this passion project without expecting anything out of it. Stories form a big part of our lives, and there are always stories to be told. I like the ones that feel personal, and hope that as a collective, we continue to make more short films and tell more stories that matter.”

Filmmaking in Singapore can be incredibly challenging, but as NYFA 2018 wraps up, one hopes that this ceremony can only be the first step in a long road ahead for all these filmmakers with such potential. Winners and nominees both, all of these films showed us the sheer amount of talent Singapore was brimming with. One hopes that in the years to come, NYFA continues to rise to become a truly prestigious and professional platform for these film hopefuls, and that we see these youths make it big and touch the skies with their talent and hard work, and with the increased support of film platforms all around.

NYFA is organised by *SCAPE and supported by National Youth Council and Sinema. The NYFA 2018 Awards Ceremony took placeat *SCAPE on 28th July 2018. For the full list of nominees and winners, visit the website here. Winning films will be available to watch on HOOQ