Next week, local opera company L’arietta Productions premieres A Singapore Trilogy, a set of three chamber operas with music composed by National Arts Council Young Artist Award winner Dr. Chen Zhangyi. For the first time, all three operas will be performed together in their entirety, each celebrating our country’s most prominent obsessions – kopi, food and shopping!

Bringing her wealth of knowledge to the scene is theatre veteran Nora Samosir as director, who was approached by Zhang Yi and librettist Jack Lin to come on board the project to help develop the dramatic elements of the piece. Nora has been part of the journey ever since the first one premiered, and is only a natural fit as she comes to finish the process. Says Nora: “When Zhang Yi and Jack worked on the third piece (Kopi For One), they realized that the three pieces actually formed a thematic trilogy. Not a narrative one like Lord of the Rings, but one where you can see the thread running through all of them.” 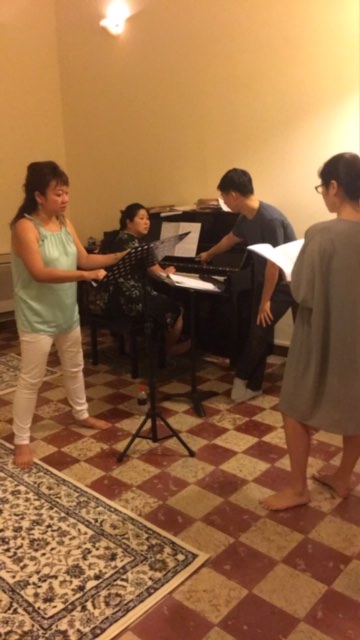 “Window Shopping,” she continues, “is about two women at two different stages in their lives, while Laksa Cantata is about a woman becoming a wife. The difference between those two is that while one features a girl just starting out in her career, with not a care in the world, the second is about when a woman needs to begin thinking of saving up, and starting to think to herself ‘what have I done with my life?’, and she misses those carefree days when she could buy any shoes she wanted. Naturally, that then leads to Kopi For One, which is about mortality, not just about your own, but the people around you, which then makes you think about your own mortality.”

L’arietta core member Reuben Lai adds: “I told Zhang Yi to write one more piece after Window Shopping, because it felt like there was one more story to be told, and anyway, it’d make a good trilogy. While they initially struggled, they began to think about their own grief, and thought about incorporating that as the core theme. One of things they thought about was the tension between traditional and new ways of dealing with grief, whether you hold it in or express yourself. Finding that tension is how you begin to develop the drama, and when the piece begins to take on a life of its own.” 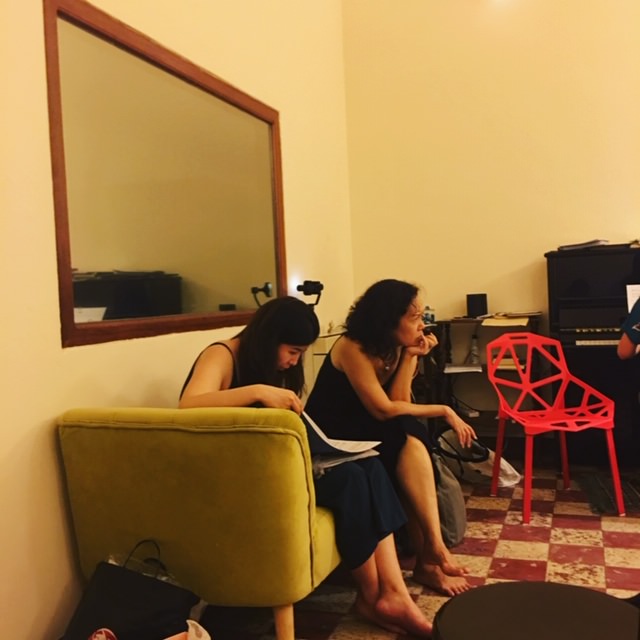 “What’s so different about this project,” Nora chimes in, “is that there was actual workshopping in the process to change lines and music according to the performers working alongside them, and that’s very rare in Singapore. Given the Arts House to work with, it’s not like your usual opera with big sets, with minimal changes between pieces but still transforming the scene. That’s a challenge too, especially with the audience seated in the same space and in such close proximity to the performers.”

On the significance of this project, Reuben says: “I’m honestly very honoured that we took something we never expected to turn out this way and made it something that really resonates not only with the other pieces in the trilogy, but how fiercely local it is, and will definitely resonate with our audience. There’s even a bit of Singlish thrown into the mix, not done for comic effect, but to express the way people feel, making it all seem very natural.” 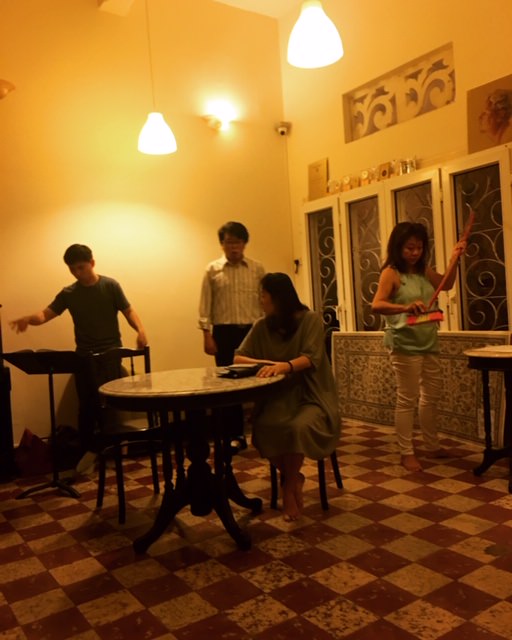 The cast of A Singapore Trilogy comprises veteran singers Yee Ee-Ping, Akiko Otao, Jonathan Charles Tay and Felicia Teo, as well as newcomers Ng Jingyun, Phoebe Chee, and Ng Samuel. Says Reuben: “Jonathan and Akiko are of course, veterans of the industry, but honestly, the pool isn’t very big, and we were very lucky that when we held an audition some time ago, we found people who really fit the roles and all had really good chemistry with each other. Samuel and Jingyun, for example, play a very believable couple in Laksa Cantata, maybe because Samuel has a theatre studies background, while Jingyun can really act.” 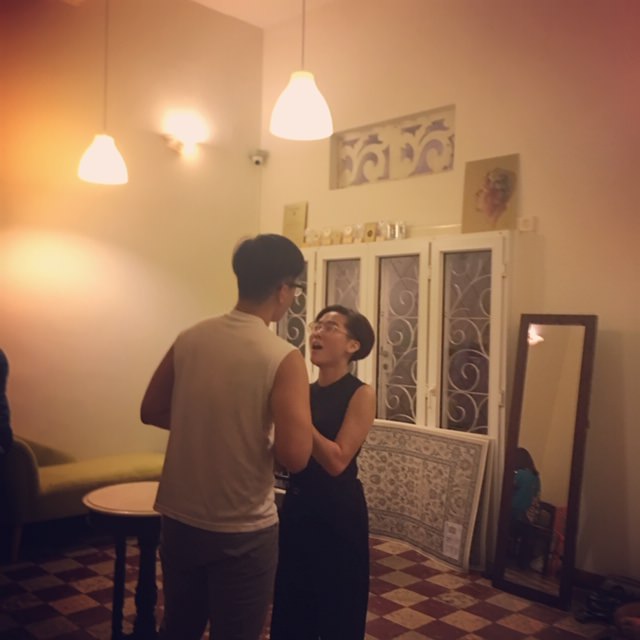 “Meanwhile,” he continues, “Felicia, I’ve seen her in other work, and she really hasn’t done this kind of music before, so it’s quite amazing what she’s achieved, while I’ve known Ee-Ping for years. For a singer of her calibre and experience, I didn’t expect her to be so game, but she came right in and said ‘yes, I’m doing this!’. All our cast are people who really invest themselves in the work, and that’s really reassuring and motivating for me.” 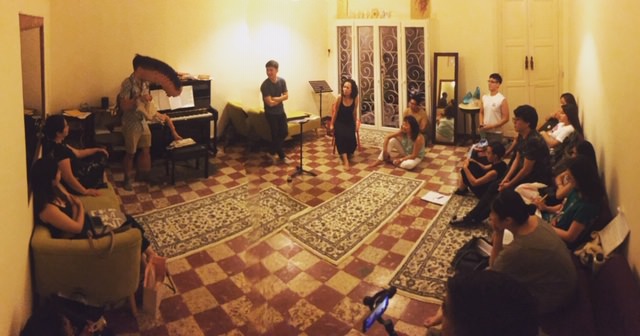 “The reason why you should come and watch this production,” says Nora, “is simply that Zhang Yi’s music is wonderful. It’s music that’s written for this generation, not just pretty music for the sake of sounding good, but a piece that speaks about and for our time, with truth within it while also with beautiful melodies and sounds. Pair that up with how there’s a visual element with the opera singers capturing each character live in front of you, and even the most hardened of music lovers will be pleasantly surprised by what we have to offer. “

Reuben concludes: “The highest form of praise I can give to a work is when I forget that there’s even notes of music, and the performance just is, leaving me completely enraptured by what’s happening onstage. I guess it’s what opera does differently from anything else – you’re using the human voice not just for its technique, but projecting emotion itself that audience members can feel when they’re so close, and in that moment, you just feel completely alive.”

Singapore Trilogy plays at the Blue Room and Living Room at the Arts House from 12th – 14th October 2018. Tickets available from Peatix

0 comments on “Singapore Trilogy by L’Arietta Productions: An Interview with Reuben Lai and Nora Samosir”