The annual Singapore International Film Festival (SGIFF) makes its return this November for its 29th Edition. Taking place for 12 days from 28th November to 9th December, the festival continues to promote cinema’s latest and best new works to the screen, celebrate Asian storytellers and bring these to the attention of an international audience.

103 films spanning 44 countries will be screened as part of this year’s programme, showcasing a diverse range of independent cinema, stories and cultures across the region and internationally. This year, the festival’s official opening film will be Taiwan-based Malaysian director Ho Wi Ding’s film Cities of Last Things, an epic multi-genre, decade spanning film covering three significant moments in an ordinary man’s life, told in reverse-chronological order and pivoting around three women. The film has been nominated for four awards at the prestigious 55th Golden Horse Awards, and has won the Toronto Platform Prize at the Toronto International Film Festival 2018. 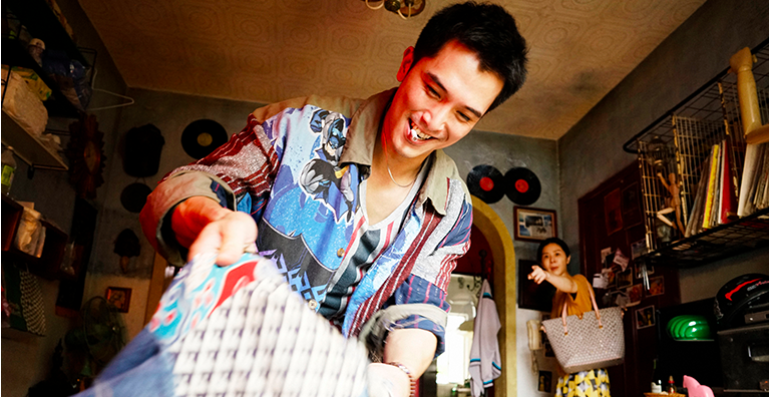 Other Festival headliners include the Southeast Asian premiere and debut of Taiwanese filmmakers Mag Hsu and Hsu Chih-yen’s Dear Ex, which screens as one of SGIFF’s two Special Presentation films. The film explores themes of loss, identity, and acceptance through a comedic drama following a jilted widow who must make peace with her late husband’s temperamental former (male) lover. Dear Ex will be joined by 27 year old Filipino filmmaker Mikhail Reid’s Eerie as the second Special Presentation film this year, tackling the genre of convent school horror as the girls of St Lucia discover the ghost of a former student roaming their halls. Both cast and filmmakers will be in attendance at their respective screenings for both Special Screenings. 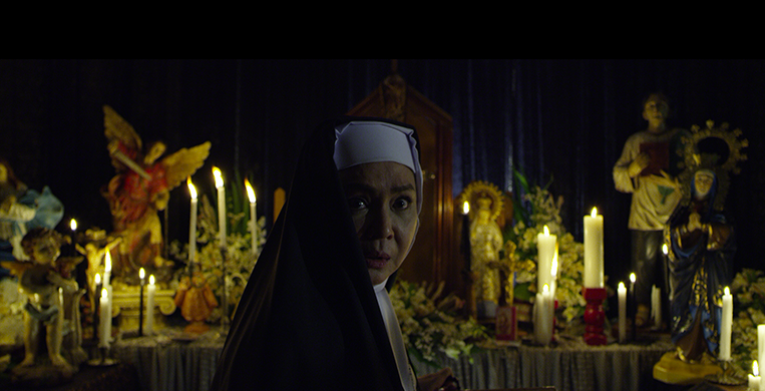 But not only will regional filmmakers be taking the spotlight – local filmmakers from Singapore will also be highlighted, with a total of 18 films and co-productions from Singapore, including six feature films and 12 short films. Leading this pack of films is none other than Yeo Siew Hua’s A Land Imagined, which recently took home the top honour at the Locarno Film Festival, as a worn-out police investigator sets out to solve the mystery behind the disappearance of a migrant Chinese construction worker from a land reclamation site. 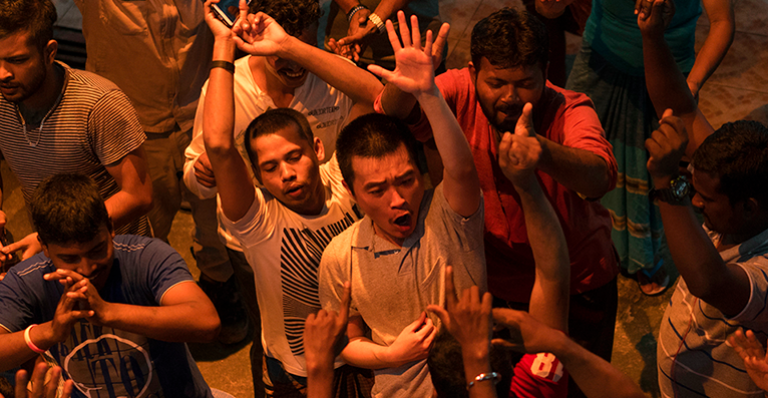 Other local filmmakers that will be featured include Alvin Lee with his Beijing Film Academy short film about a pregnant woman risking the black market in A Time For Us, while Tan Siyou’s 2200 Volts is about a woman awaiting her turn in the electric chair as she attempts to absolve her regrets. Tan Wei Keong, winner of SGIFF 2017’s Best Singapore Short Film Award, has been commissioned to make a short film, resulting in Kingdom, an animated 6-minute film that infuses elements of fantasy, identity, and personal struggle in its narrative. 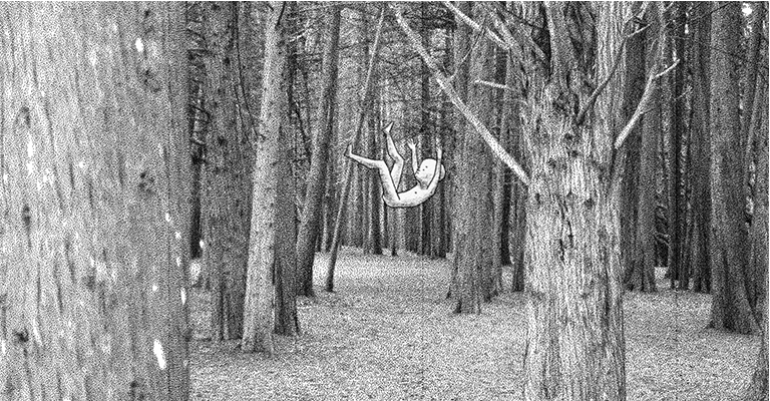 This year also marks a stellar one for female filmmakers, with four feature films by women filmmakers competing in the Asian Feature Film Competition at SGIFF this year – Bulbul Can Sing by Indian director Rima Das; The Day I Lost My Shadow by Syrian director Soudade Kaadan; The Future Cries Beneath Our Soils by Vietnamese director Pham Thu Hang and House of My Fathers by Sri Lankan director Suba Sivakumaran. The Festival also features an all-women jury panel for the Southeast Asian Short Film Competition, led by Maike Mia Höhne, curator of the Berlinale Shorts programme since 2007; Filipino filmmaker Shireen Seno; and Singaporean filmmaker Kirsten Tan. 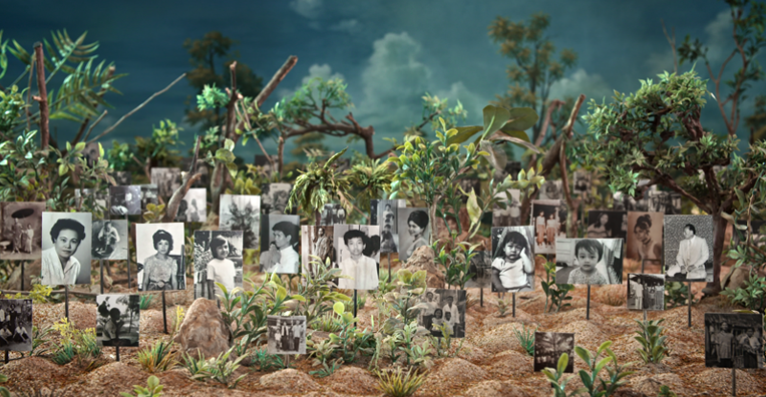 Graves Without A Name by Rithy Panh

At the Silver Screen Awards, the SGIFF will also be honouring Asian cinematic legends, with this year’s honorary bestowed upon internationally acclaimed Cambodian filmmaker Rithy Panh. A survivor of the Khmer Rouge genocides in the 1970s, Panh went on to create a unique body of work that reflects on modern Cambodia and the traumatic legacy of the Khmer Rouge regime through films such as Rice People (1994), S-21: The Khmer Rouge Killing Machine (2003), and winner of Cannes’s Un Certain Regard prize and Cambodia’s first film to be nominated for an Academy Award, The Missing Picture (2013). SGIFF will be presenting Panh’s latest film, Graves Without A Name, which continues the conversation began by The Missing Picture. Panh has also co-founded the Bophana Audiovisual Resource Center in 2006 to preserve Cambodia’s audiovisual heritage and train young Cambodian filmmakers, archivists, and technicians.

Meanwhile, Asian actor Joan Chen will be presented with the Cinema Legend Award, for her dedication to the entertainment industry, having appeared in more than 40 film and television roles that straddle both the commercial and independent arenas. Her charm has never ceased to dazzle audiences, Beyond roles in films such as Little Flower (1979) and the Academy Award-winning The Last Emperor (1987), she has also played roles in films such as Twin Peaks (1990), Saving Face (2004), and The Home Song Stories (2009). Chen moved into directing with Xiu Xiu: The Sent Down Girl (1998), which went on to win Best Film, Best Director, and Best Adapted Screenplay at the Taipei Golden Horse Film Festival and Awards. Her most recent directing effort, English, is slated for release in 2019. 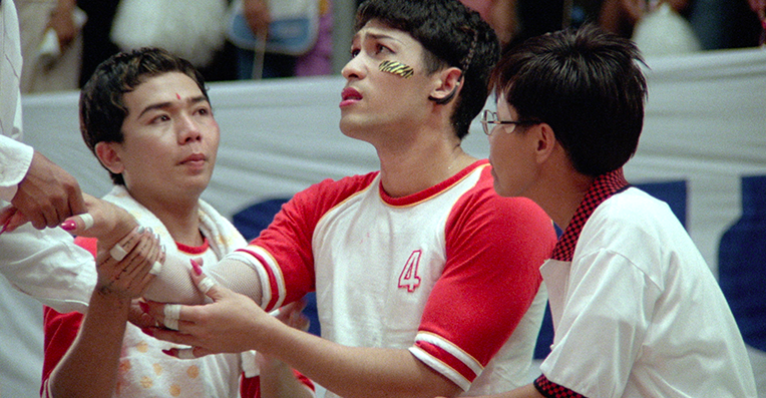 Other cinematic gems that will be unearthed during the festival include Thai film The Iron Ladies by Thai filmmaker, Yongyoot Thongkongtoon, following a queer volleyball team succeeding against all odds, while countries such as the Czech Republic, Chile, and Mexico, as well as the year’s most exciting titles from Sundance, Cannes, Venice, and Locarno will also be represented at the festival. Boundary pushing films are abound, such as Lukas Dhont’s Girl, about a ballerina-in-training struggling against the restraints of her male body; Ali Abbasi’s Border, loosely based on the novella Let The Right One In, to Non-Fiction by French auteur Olivier Assayas, a humorous social critique of digital anxieties, interpersonal relationships, and the changing tides of the literary landscape. 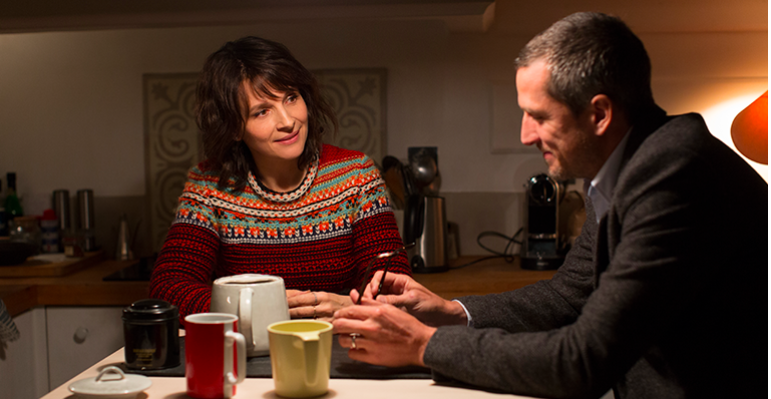 SGIFF will also be launching the SGIFF Film Fund with two new grants, the Tan Ean Kiam Foundation-SGIFF SEA-DOC Grant, and the SGIFF SEA-SHORTS Grant, dedicated to supporting filmmakers with compelling stories to tell across both fiction and non-fiction genres, cementing their efforts to continuing to support and hone young filmmakers. Says Yuni Hadi, Executive Director of SGIFF: “The Southeast Asia region comprises over half a billion people and moving forward, there will be increased connectivity to the online world. This means that now is a crucial time to train the next generation of youth to create and share their own stories. The inaugural SGIFF Film Fund supports local voices in Southeast Asian films and aims to create an inspiring space for content development and coproductions, in our continued effort of championing filmmaking talents in the region.”

Get ready for yet another exciting festival with the return of SGIFF this November, where filmmakers, film buffs and anyone who straight up just loves movies will be enthralled by the selection onscreen, as you let the magic of the cinema fill every inch of their lives once more.

SGIFF 2018 runs from 28th November to 9th December across various cinemas and venues. More information and ticket sales available from their website