Frontier Danceland never lets up in their ability to push their dancers to new limits – in their annual year end showcase Milieu, the contemporary dance company presents two all new choreographies that are challenging both physically and artistically, showing that contemporary dance remains one of the most exciting, powerful mediums today.

Milieu 2018 opens with guest choreographer Deborah Nightingale’s The Whole She-bang. Created in response to the female revolution, as girl power explodes all over the world, the work itself traces the life of a single woman (Sammantha Yue) as she grows up and attempts to find her place in the world. This is shown through a series of movements in which the woman attempts to blend into the crowd, with the remainder of the ensemble (Adele Goh, Adelene Stanley, Faye Tan, Keigo Nozaki, Mark Robles and Chew Shawn En) performing group movements, from human chains to a phalanx of bodies forming a singular being. 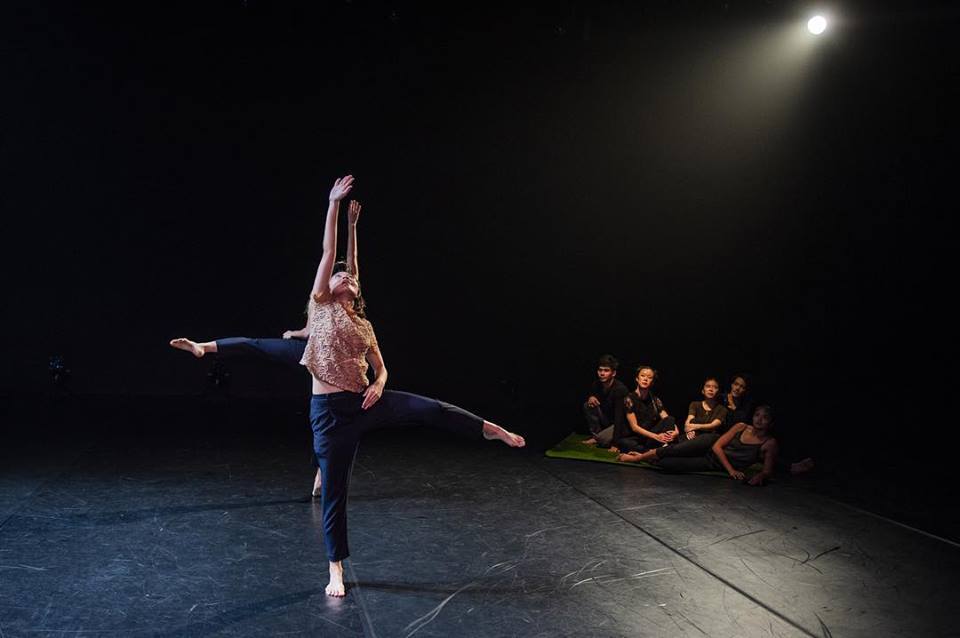 In its non-linear narrative, the woman mimics these actions, often finding herself fleetingly joining in as an acceptable member of the group before she is cast out once again with a ‘scene change’. One thinks of this as a representation of women across the ages and the shifting perception of how women should behave or adjust themselves to suit society’s needs as time goes by, the act of femininity and womanhood itself a constant change. At times, the woman sees dancers such as Adele Goh and Faye Tan break from the mould, defiantly expressing their individuality in solo numbers that she does not join in, perhaps symbolic of how women are taught to fear power and their own individuality. While the woman finds it difficult to adapt at first, she becomes increasingly better at mimicry as the performance goes on, observing from afar before acting, stronger than ever before by the close, and marks a new hope that things do get better, as she finally comes into her own. 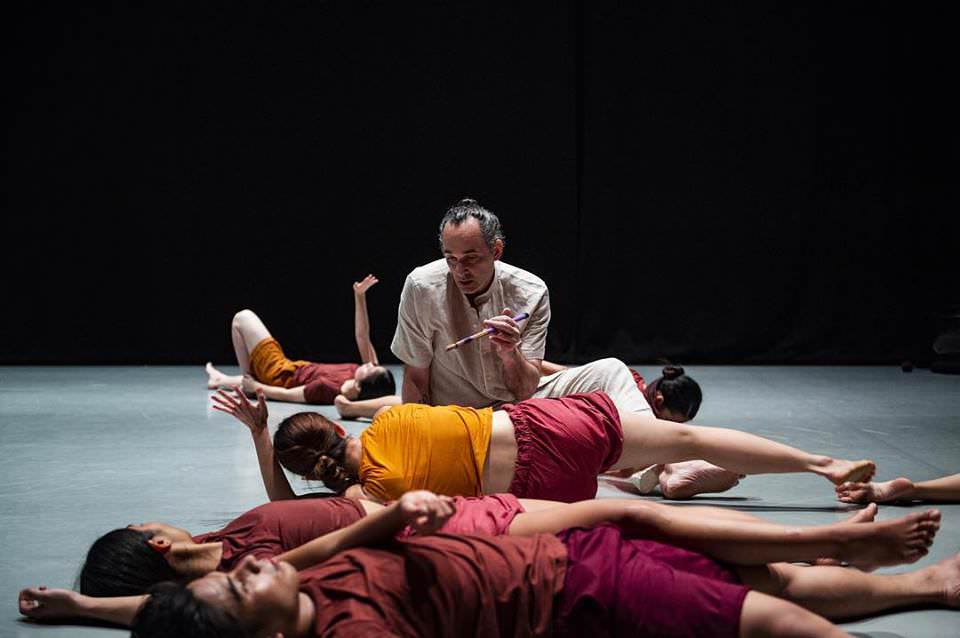 In the second part of Milieu 2018, Frontier Danceland Artistic Director Low Mei Yoke collaborates with composer, performer, and choreographer Sascia Pellegrini (Italy/Hong Kong) to present Dimensions of Dialogue. With the floor now lined with a white mat, the dancers begin by standing in a row, whispering nonsense sounds before they fall flat onto their fronts, repeating this sequence over and over, each rendition getting faster and faster until they’re stopped by the sound of static blaring overhead, piercing all thought. This is an appropriate setup for the themes Dimensions of Dialogue seeks to bring across – a work that explores the gaps we face in our everyday lives of being unable to communicate with or understand each other, and to seek the in betweens.

Pellegrini himself is onstage during this performance, standing at the rear area of the stage while the dancers descend into chaos. One is reminded of the Tower of Babel, as they begin to speak nonsense, shrieking, yelping and groaning as they move around the stage. It feels like a menagerie of noises, and this again highlights the lack of power to communicate with a fellow human being entirely. Pellegrini uses a drumstick to hit a gong, perhaps as a means of establishing control, and the dancers, enraged, attempt to wrest the stick from him – to no avail as he instead hilariously uses the stick to hit the dancers instead and manages to tame them into some form of control.

While seemingly haphazard, if one looks hard enough, they will notice individual relationships forming amidst the mass of dancers, lost if one looks at the big picture but clear when they look at the details. Eventually, they get their act together, performing Tableau Vivants and movie stills before culminating in a daring, William Tell-sequence in the context of a game show, only to have it end in tragedy. It is these gaps in communication or perfection that lead to our downfall, and try as we might to cover it (they hilariously attempt to animate the dead body), it is only when we address and acknowledge these gaps and dimensions that we can save ourselves from the tragedies that await, and work towards understanding each other even further.

In both performances, the dancers showcase immense chemistry, moving powerfully in sync in The Whole She-Bang and exhibiting a powerful sense of control seen in the organised mess in Dimensions of Dialogue. It is in the latter performance especially that one is reminded of how every dance is carefully choreographed and every dancer is putting in maximal effort – as haphazard and silly as their actions look, sweat is pouring from them as they stretch themselves physically in all their actions.

Milieu 2018 ushers in a new era and new hope in what contemporary dance can offer us – by pushing at the limits of dancer capabilities and artistic boundaries, it simultaneously pays tribute to history and looks towards the future, assuring us that with a little more understanding and a little more communication, we too can be the change we want to see, and right the wrongs or fill the gaps we have witnessed.