Review: Fat Kids Are Harder To Kidnap X by How Drama

Does the perfect, quintessentially Singaporean fringe show exist? This all-star edition of Fat Kids Are Harder To Kidnap certainly makes a strong case for that title. Celebrating ten years of existence, Fat Kids Are Harder To Kidnap X brings together 31 of the beloved act’s best sketches and playlets of all time, along with some new ones (all written by Melissa Sim and Jeremy Au Yong), each of them offering irreverent, absurd humour, sharp-witted references to current affairs and above all, madcap comedy to keep the laughs and cheers going on through the performance. 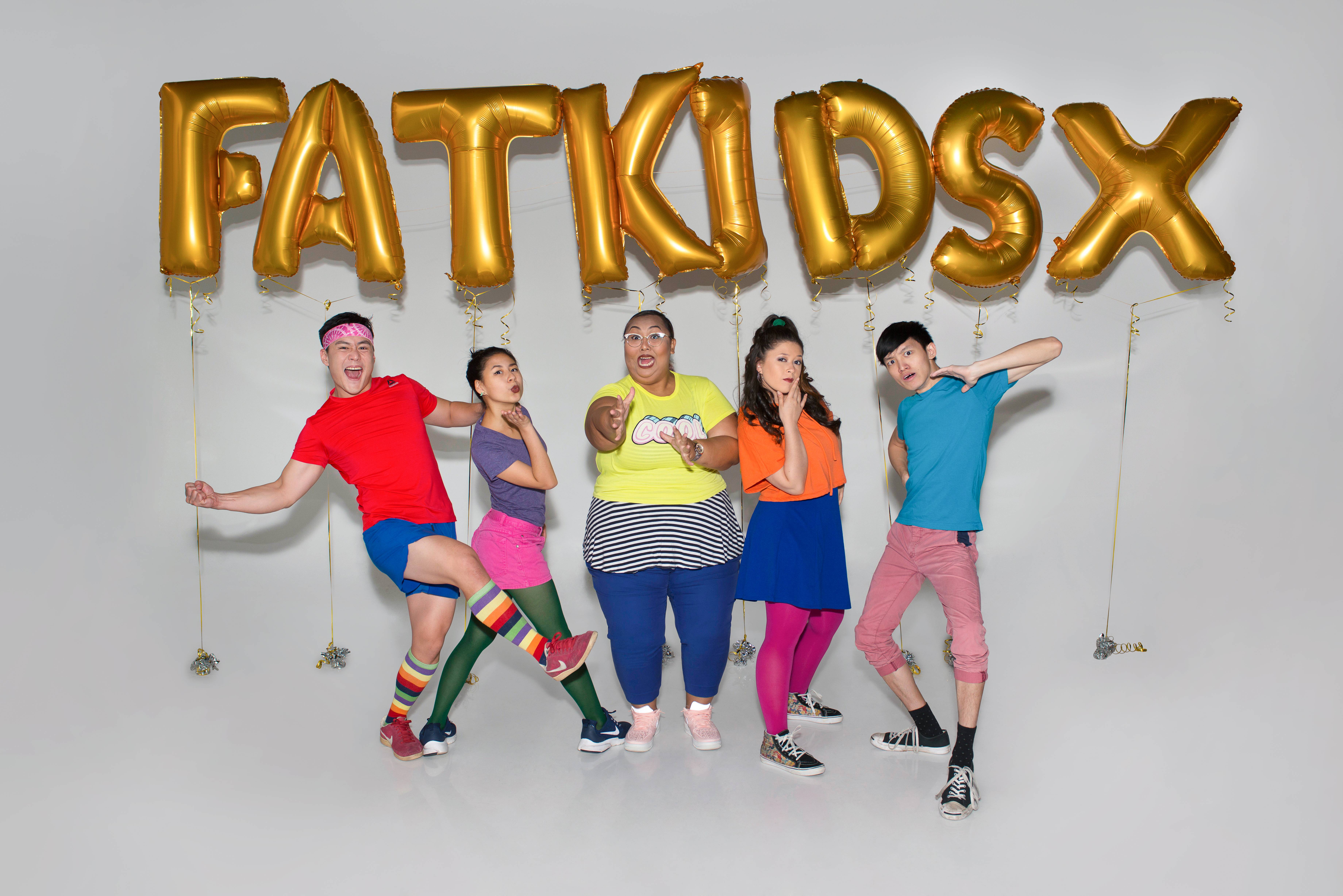 In this edition, directed by Melissa Sim, the stellar cast of Ross Nasir, Nicholas Bloodworth, Carina McWhinnie, Victoria Chen and Jun Teoh have challenged themselves to complete all 31 plays in 60 minutes with no set order – the audience gets to decide that by yelling out the corresponding number from their programme booklet. Dressed in colourful T-shirts, running tights/shorts, and sports headbands, the cast is completely prepared to get sweaty as the countdown begins, as they race against time and gravity (the numbers are hilariously displayed via calendar pages on a clothes line, requiring every cast member to leap up and grab the number) to put on the show.

Just about every playlet is a gem in itself, with their lengths ranging anywhere from a couple of minutes to a couple of seconds long, their form ranging from choreographed dance sequences to parodies, satire to single punchlines. No current affair or pop culture reference is spared, from the appointment of a new SMRT CEO, to the Trump-Kim summit, to And Tango Makes Three, to NS deferment, to ‘crispy rendang’, to even the viral meme about occupations telling people to ‘put your hands up’. Everything feels unfiltered, rambunctious and as idiosyncratically Singaporean as they come, and is immediately relatable if one at all knows about local trends and news.

Each one lovingly crafted, some of the best sketches during the evening were those that questioned the unexpected – in O$P$ for example, we encounter a grammar-conscious loanshark who seeks to edit the iconic titular message, while in Economy Rice Stall Training, How Drama unveils the mystery behind inconsistent economy rice prices. Meanwhile, segments such as Ode To YouTube are pure delight, as Carina McWhinnie and Jun Teoh perform a live ‘lyric video’ to Daft Punk’s Harder, Better, Faster, Stronger, while in 10 Years of Singing the News, pop songs and Straits Times headlines get a great mashup with a medley of laugh out loud earworms.

It’s no surprise that to confidently achieve this feat in every show, the cast is incredibly well-rehearsed, and perform just about every playlet with aplomb, armed only with simple props, costumes and lighting. This, combined with their seemingly infinite source of sheer energy, is what makes Fat Kids X a delight from start to finish. Helped by an enthusiastic audience whooping, cheering and yelling after every act, even a mid-show thunderstorm couldn’t deter them from keeping their cool and maintaining that madcap humour throughout.

Cast member Jun Teoh nails the accents he takes on, shifting from hawker to government bureaucrat, while Carina McWhinnie proves she’s one to look out for with a voice that can shift to that of a preteen child on demand, and powerhouse vocals. Victoria Chen captures the essence of the everyday Singaporean girl or ah lian in her segments (including a reference to the lovable ‘S Hook Ah Lian’), while Nicholas Bloodworth’s facial expressions only add humour to his great comic timing. Finally, Ross Nasir perhaps garners some of the biggest laughs of all when she plays loud characters with brash, unapologetic personalities, while also receiving big rounds of applause delivering a laugh out loud parody of This Is Me from The Greatest Showman.

Like any good show, audiences were left on the edge of their seats as the timer ticked ever closer to the end, nervous that they cast wouldn’t be able to complete their challenge. But with ten seconds left on the clock, Ross Nasir ended with playlet number 31 (the appropriately titled “Ain’t Over Till the Fat Lady U-Sings”), a triumphant conclusion to Fat Kids X with the whole cast flossing in victory before taking their bows. With Fat Kids X, How Drama has crafted what is almost certainly the perfectly Singaporean fringe show, entertainment at its most fun and absurd with its endless yet loving jabs at the idiosyncrasies that make up our island city, leaving us breathless with laughter and raring for more.

Fat Kids Are Harder to Kidnap X played from 9th to 11th November at the Esplanade Annexe Studio.