Bitten – Return to Our Roots: An Interview with Co-Creator Thong Pei Qin

It’s quite incredible to think that what once started as a strange fever dream is about to evolve into an entire production. Specifically, some years back, when theatremaker Thong Pei Qin was bitten by an Aedes mosquito and contracted dengue fever, talking about the experience with colleague and longtime friend Dr Nidya Shanthini Manokara led to the creation of the aptly named Bitten.

“Talking about this really painful, nightmarish experience made us think about the idea of blood a little more, and how dengue actually causes your blood to mutate, where the virus will stay in your body forever, imitating your cells and stay hidden until the day you die,” Pei Qin begins morbidly.

“Ok, that’s a little scary,” she says after a moment, “But from there, we linked that back to the idea of bloodlines and transformation, and the need to understand who we were before in our lineage and ancestry. We found out that both our grandparents actually lived in Kampong Bugis. My own dad used to live beside the Kallang Gasworks, and while yes, it used to be a lot more polluted, he grew up with a lot of fond memories of the place. Shan on the other hand, her grandparents would always end up at the temple at the end of Kampong Bugis, and they would help ferry the gasworkers who went to worship there over to KK Hospital when they fell sick because of the gasworks.” 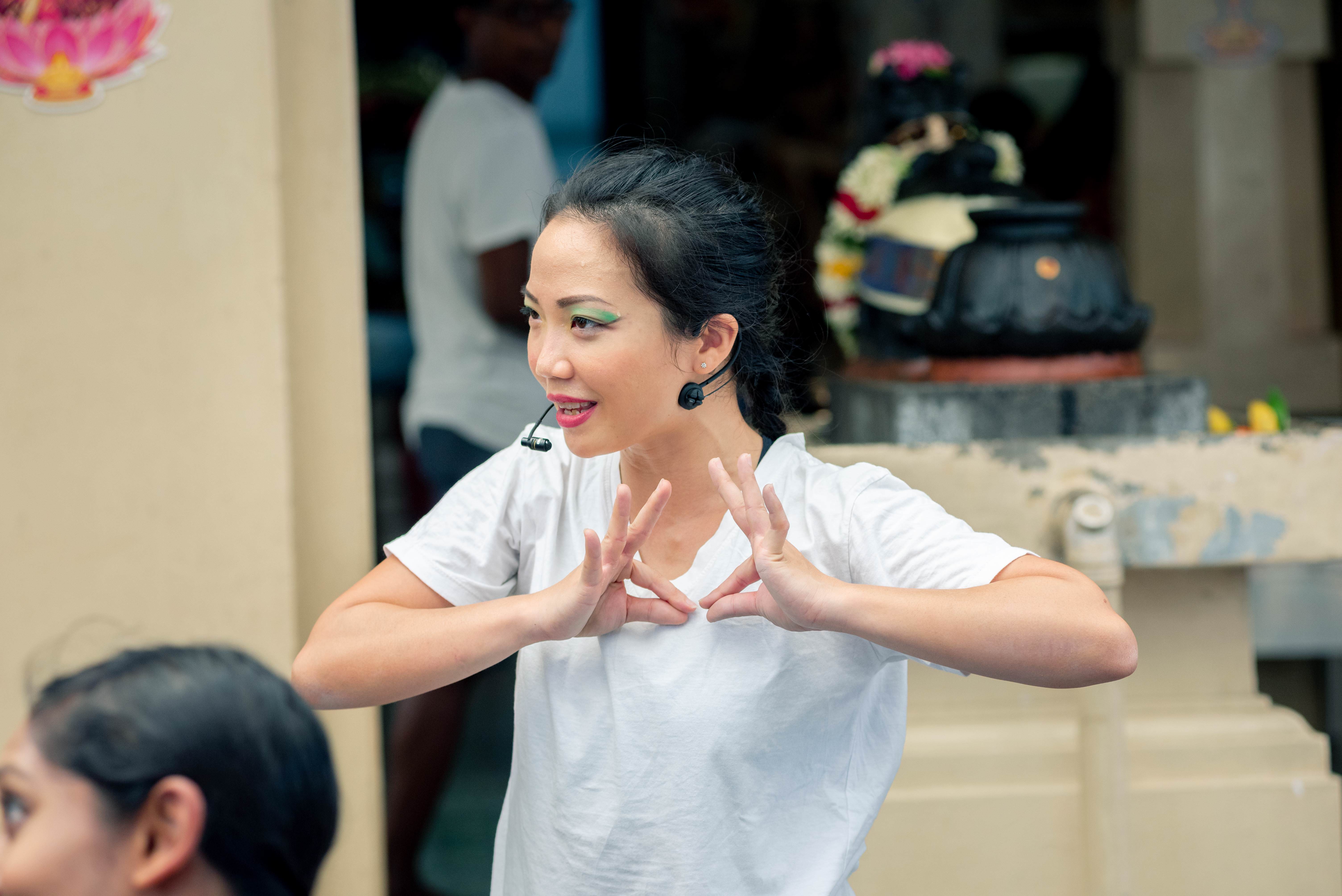 Bitten was eventually developed into a working script, first presented at the M1 Singapore Fringe Festival 2017 and later receiving further development and refinement under Centre 42’s Basement Workshop. This November, Bitten, much like the virus that inspired it, has transformed yet again, growing into a unique tour that will take audiences around Kampong Bugis. Starting at Camp Kilo, audiences will spend the tour walking around various landmarks, from the former site of the iconic Kallang Gasworks to Sri Manmatha Karuneshvarar Temple, as performers Seong Hui Xuan and Masturah Oli tell the area’s stories through verbatim theatre and dance over 10 scenes. 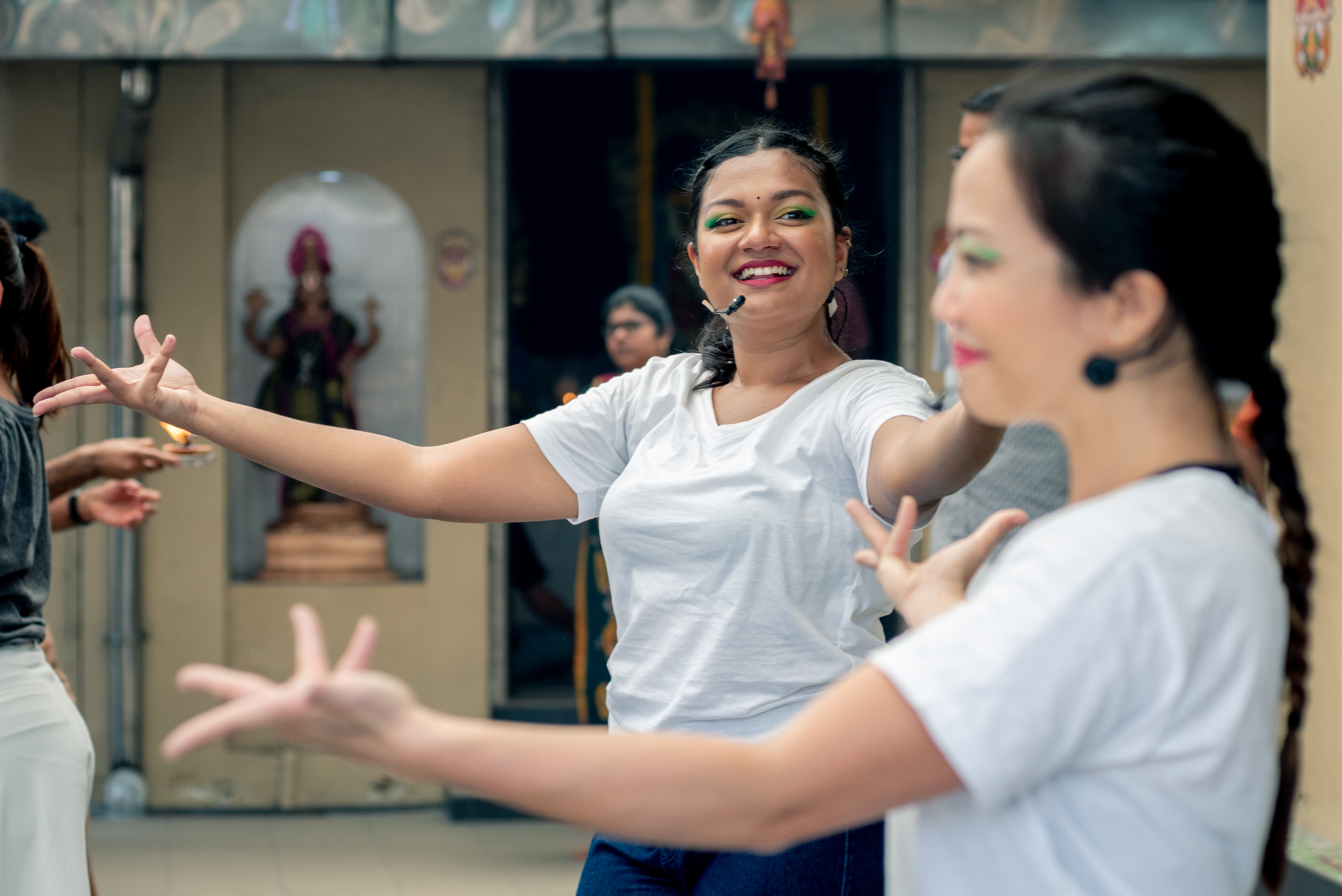 Says Pei Qin: “These stories are so intricately tied to the site, it’s incredible that we’ve gotten this chance to actually perform here. My own father actually used to have his own ‘walking tours’ and would bring the whole family around the area. It was his own way of reconnecting with history, and I took his model as the basis for developing Bitten. We’ve the last two years talking to various members of the Kampong Bugis community, from the people at Camp Kilo to the people at the temple. One of the stories you’ll hear is about the temple trustees, and found out how there used to be this little shrine set up by the Kallang gas workers, praying to Lord Shiva to protect them because of the toxic environment, and a little more about its 130 year history.” 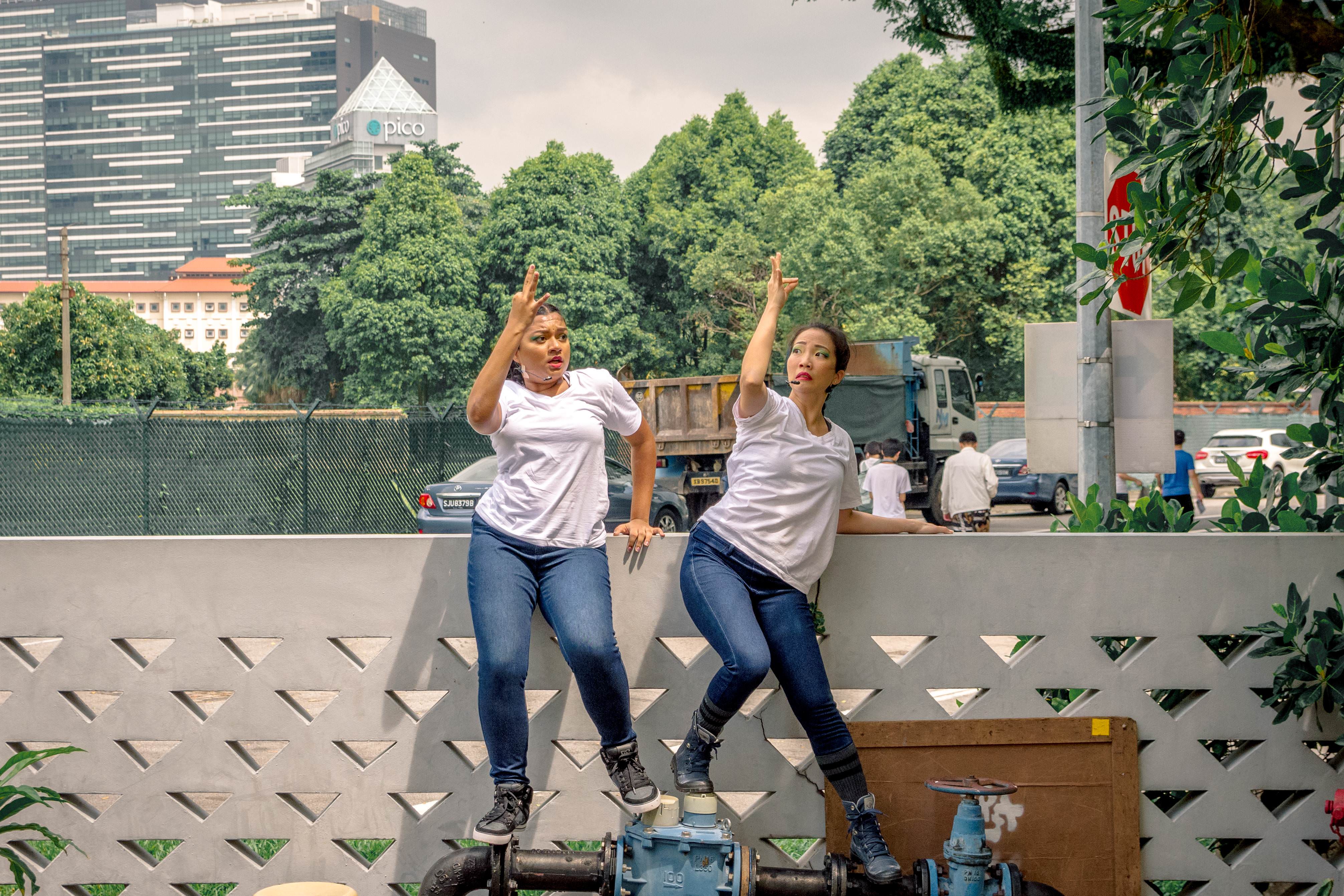 Along the way, in addition to the performances and stories, audiences will also get a chance to see little ‘exhibitions’, and photos and verbatim begin to blend into this complete, multi-disciplinary experience. Of course, due to the nature of the tour audiences are also encouraged to prepare by dressing comfortably, and preparing to ward off nasty mosquitoes that may leave them as bitten as the show’s title. 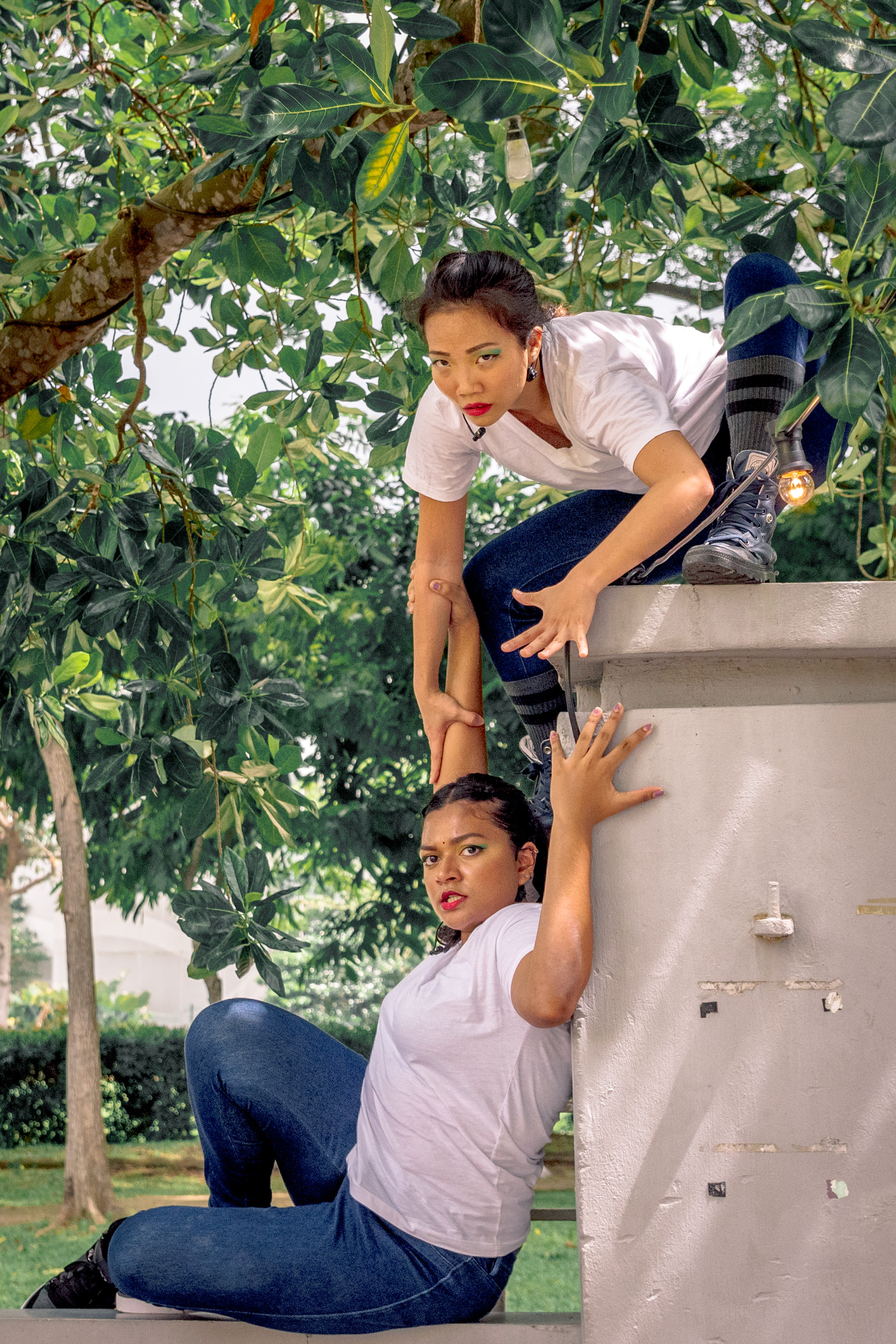 Says Pei Qin: “It’s quite a demanding show for Masturah and Hui Xuan, who have to continually engage the audience members as they encounter the ‘memories’ of this place. Their characters are respectively inspired by both myself and Shan, and you’ll see them dig deep into their heritage as part of the storyline Masturah will be performing some bharat nayam dance and ethnic practices before moving into the contemporary, while Hui Xuan’s character is more about how she feels divorced from her Chinese culture, lacking a specific cultural art form as opposed to Masturah’s charater. We’re exploring how we can use all these different art forms to connect better to our roots, and define our own identities for ourselves.” 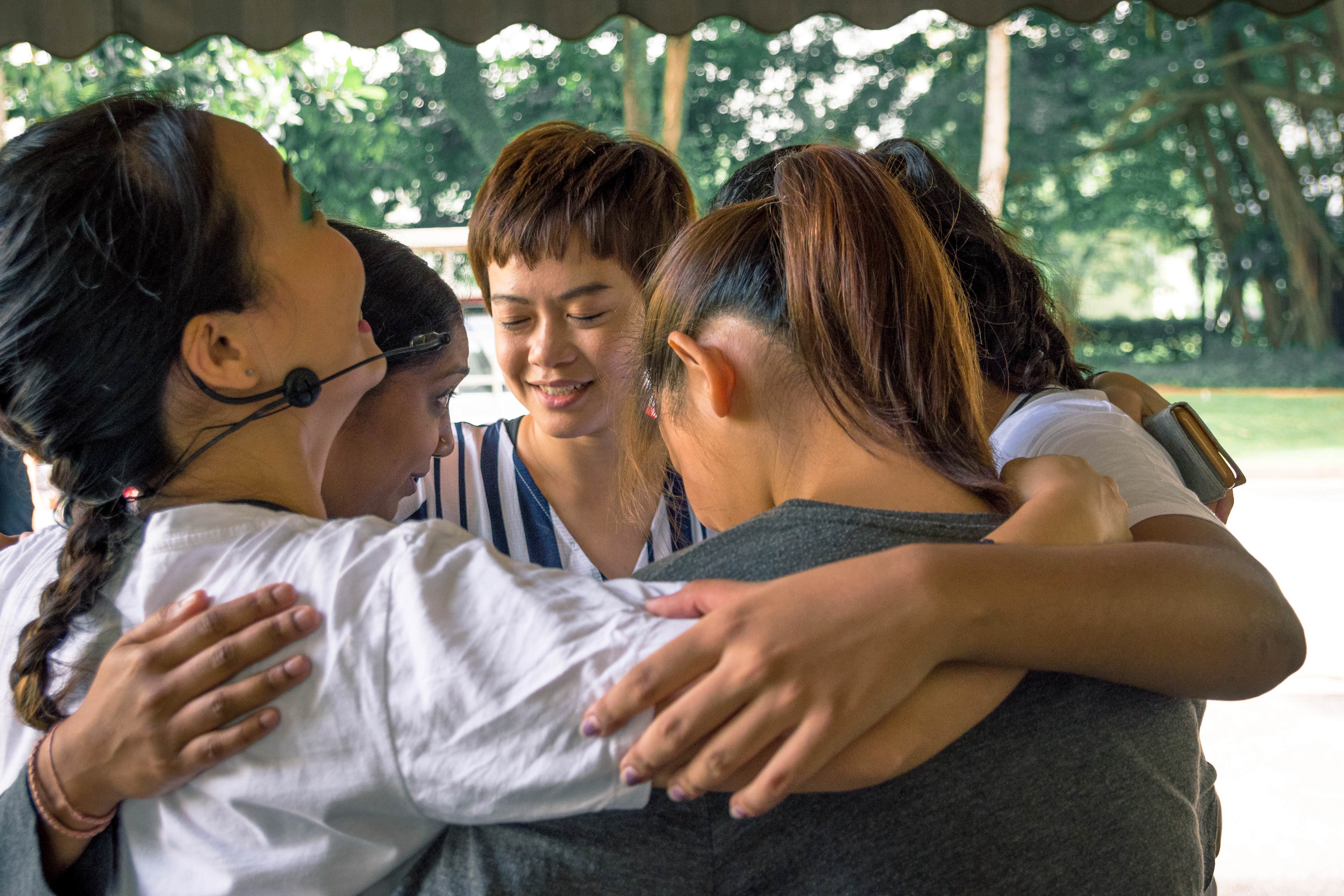 Pei Qin concludes: “With this production, it’s still very much a testing ground, and hopefully we can eventually bring this to an even larger community and continue to develop it in time to come. I feel like our production is just a small part of a much larger history and narrative. It’s a story about community bonding, and you never know the connections and parallels that run through all these lives, like Shan and my grandparents’ history, and how people end up coming into contact and meeting each other for certain reasons.”

Bitten: Return to Our Roots plays at the Kampong Bugis Outdoor Theatre on 24th and 25th November 2018, and 1st and 2nd December 2018, with the meeting point at the open field beside the Sri Manmatha Karuneshvarar Temple along Kallang Road. It will also be performed mainly in English, with a mixture of Tamil and Mandarin. Tickets available here