There’s a phenomenon known as guerilla gardening, where people begin gardening on patches of land they do not have the rights to cultivate. Even in a garden city like Singapore, there are times the grey cityscape gets to us, and it can be difficult to find a patch of green, and while guerilla gardening itself may not be necessary, it is the spirit and philosophy of breaking convention and finding new directions and solutions that drives RAW Moves’ junior wing, A Little RAW, for their 2018 year end production, which will premiere at the end of the month. 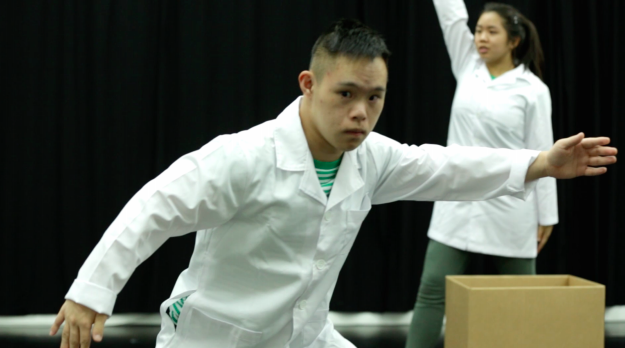 Titled A Green Dot, the piece was co-directed by RAW Moves Artistic Director Ricky Sim and Wong Wai Yee, and originated with RAW Moves’ 2018 theme of Competition. Thinking about how plants compete for the same basic necessities to survive, the company dancers of A Little RAW then took inspiration from various plants and thinking about the movements and stories behind them they could develop into choreography. Some of these included a morning glory, a bonsai, a cactus and a bamboo. 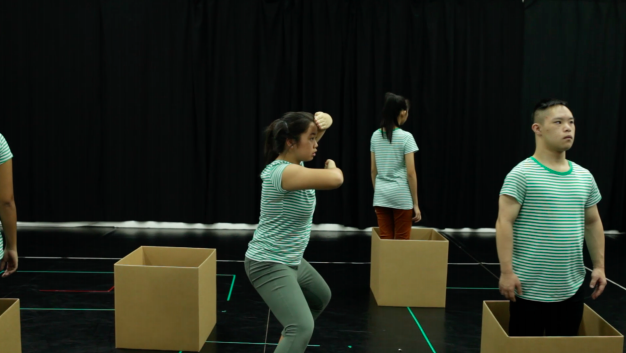 These movements were then woven together into a single 30 minute performance, reflecting on the grids and boundaries society has built up through dancing and how we categorize ourselves with labels and clear identities without leaving space for new ideas or people who don’t conform to the norm. Says co-director Ricky Sim: “Even though these are big concepts, the dancers are really committed to understanding and grappling with them, most of them even keep a dance journal with them to track their progress, and they actually come up with most of the movements and choreography themselves. What Wai Yee and I do then, is to direct and facilitate this self-driven process, and help them shape their ideas into a cohesive whole.”

Excerpts of the work were previously presented as part of the 2018 Singapore Garden Festival at Gardens by The Bay back in July, and the work audiences will see presented represents the continued development of those ideas from July to now. Says Ricky: “It’s so rare that youth programmes get a chance to develop beyond their initial stage or first presentation, and here at A Little RAW, we hope to encourage this idea of continuous learning and evolution.” 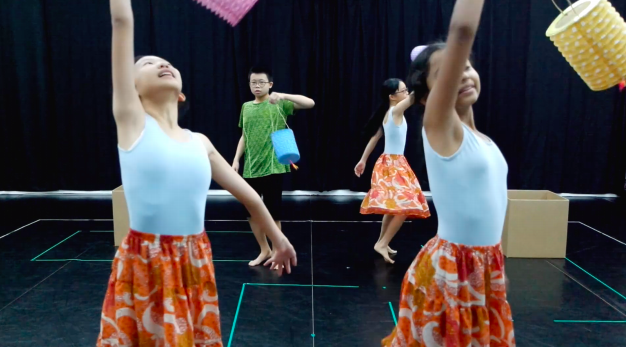 These young dancers certainly aren’t strangers to each other, with most having come in for lessons from A Little RAW every Saturday for over 2 years, learning the techniques of dance and also appearing in productions together. This is an inclusive, tight knit group that has welcomed members from all walks of life to join, translating easily into the strong sense of chemistry we saw onstage at a media preview of the work. Says A Little RAW member Kimberly Neoh, who took inspiration from the common moss: “I think I’m a lot like moss, where I’ve always been very shy and I sometimes have to fight just to get noticed.”

Kimberly will not be performing the work herself, instead leaving it to guest dancer Nicole Chai to help her execute it. Kimberly elaborates: “It’s not just a case of me telling her what to do though – she brings her own personality and thoughts to the table, and the process of working together has helped develop the work further, to become a combination of both our personalities.” 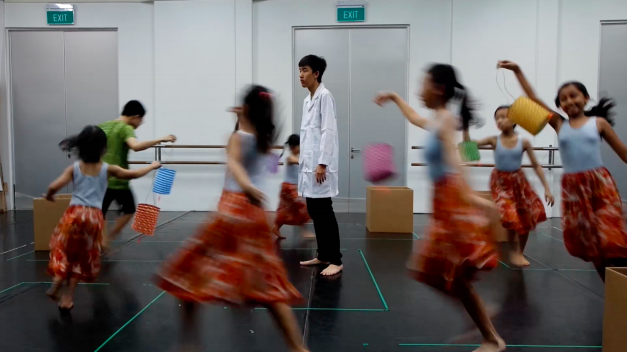 As an inclusive company, the performance itself will also feature dancers from the even more junior wing of A Little RAW, A Little RAW Junior, in their performance debut. In addition, A Little RAW itself also includes members who were born with alternative learning abilities, and part of the performance will be addressing that. Says co-director Wai Yee: “As their teacher, I am inspired by their creativity in using their art form to “grow” a garden to be made accessible for everyone to plant the seed of acceptance and respect for people who come into their “green dot.’ Working together with these young dancers, through their enthusiasm, they’ve actually opened up my mind and craft to so many more possibilities.”

Interestingly, one part of the performance will see performer Lee En Jie perform onstage with his mother Georgia, in a segment that when explained to us, believe will evoke tears. Says Wai Yee: “This is a story that needs to be told, and I wanted to involve Georgia because I wanted to show the world a mother’s point of view of taking care of a child. Georgia was initially reluctant as she has no training, but she came down for a few lessons and got more confident, while even their dad joins in and helps make sure everything goes right. They’re such a connected family, and completely committed to this.” 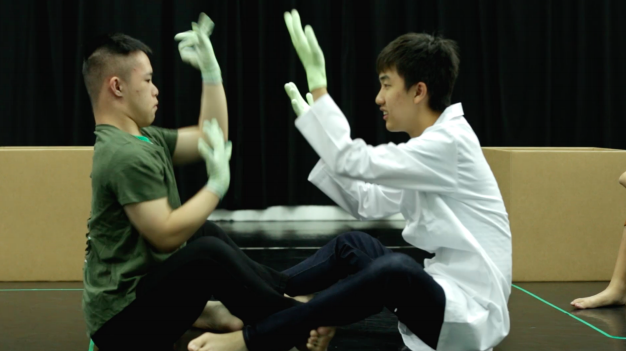 Says RAW Moves Company Manager Ebelle Chong: “A Green Dot is so much more than just a performance. It’s really all about the people who get involved in it, and the stories behind each and every one of them, and we hope audience members will appreciate that too when they see it onstage.”

A Green Dot plays at the Artground at Goodman Arts Centre from 29th November to 1st December 2018. Tickets are sold out.

2 comments on “Preview: A Green Dot by A Little RAW (RAW Moves)”