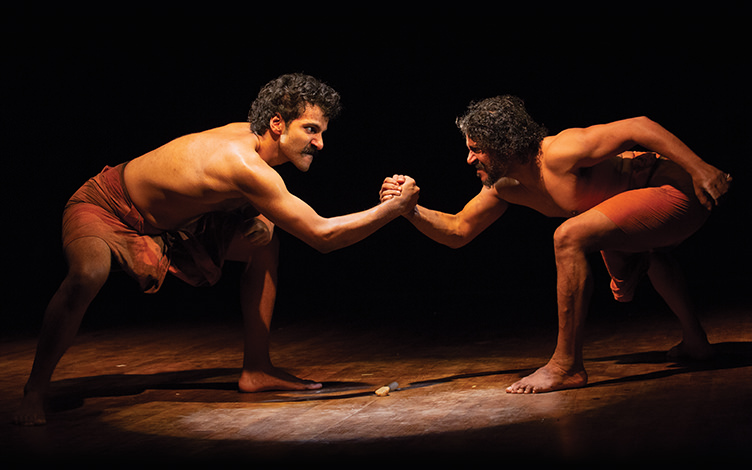 The Hindi epic The Ramayana is an account of the heroic deeds performed by the hero Rama, often considered a ‘champion of dharma’, or righteous deeds. But as we all know, morality exists in shades of grey, and when put to close examination, one comes to realise that Rama may not be as righteous as he first appears. 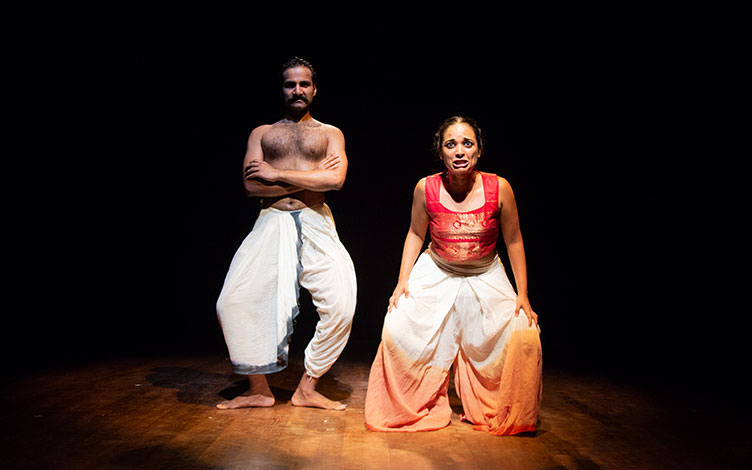 Adishakti Theatre calls precisely this into question with Bali, a contemporary retelling of the fall of King Bali, the ruler of the celestial monkeys. In the original tale in the Ramayana, Rama came to slay Bali in aid of Sugreeva, Bali’s brother. Bali, written and directed by Nimmy Raphel, deconstructs this tale across multiple scenes told by various other characters – Tara (Bali’s wife), Angada (Bali’s son), Sugreeva, Ravana (antagonist to Bali) and Bali himself, performed by Vinay Kumar, Arvind Rane, Ashiqa Salvan, Kiyomi Mehta and Rijul Ray. 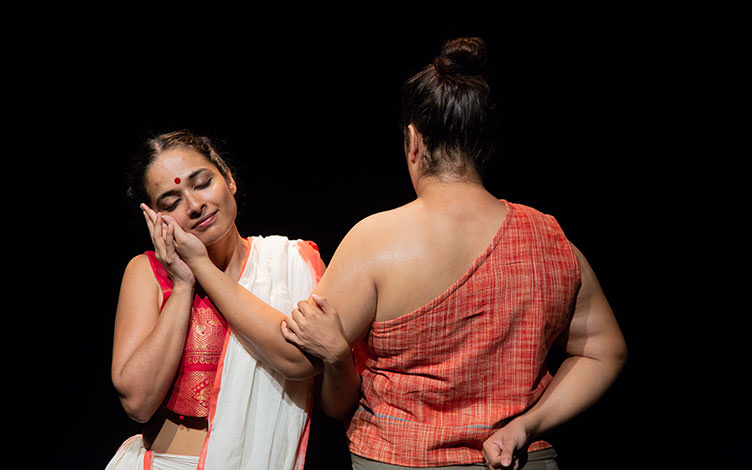 Bali takes place across a non-linear narrative, shifting between the naturalistic to the absurd. We open with Bali (Vinay Kumar) alone, standing in front of a silhouette of a tree while we hear the sounds of crashing waves. He tells us that judgment lies in our hands, as we blackout and begin our alternative look at Bali’s life. Nimmy Raphel’s script is incredibly powerful, deftly moving from playful banter to emotionally crushing exchanges in a moment. 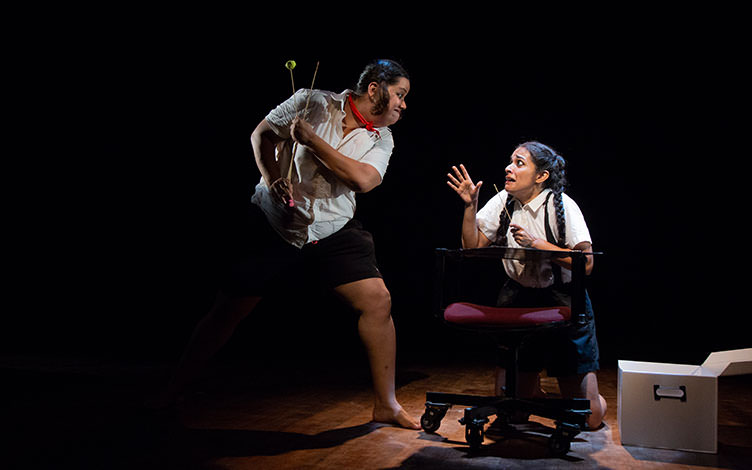 Visually, Bali constantly keeps us on our toes with its variety of theatrical styles, from relying purely on the human voice to jester-like skits, while unexpectedly simple movements elevate Bali from alternative narrative to an epic in its own right, such as how ropes whipped quickly while set to a fast-paced battle theme elevate a confrontation between Ravana and Bali to a toe-curling climax. 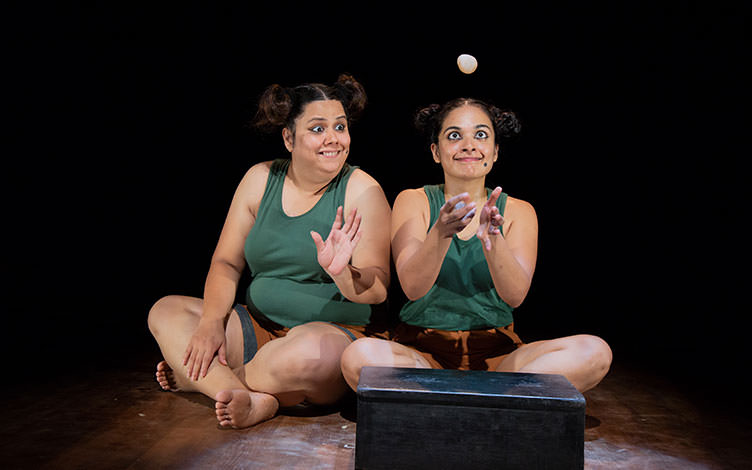 The motley cast of performers are stellar, brimming with energy as they perform each scene – Ashiqa Salvan and Kiyomi Mehta are particularly mesmerizing as they play silent clown roles, engaging in laugh out loud scenes where they showcase bitter rivalries fighting over issues as trivial as a chair, while the chemistry between Vinay and Rijul Ray (as Angada) is off the charts, establishing the two as close-knit father and son, and each time they appear onstage together, it feels as if both actors already know their bitter, inevitable separation as they tell each other stories or play-fight, as Bali speaks with a sadness and gravity beyond what the human soul could possibly bear, capable of moving even the most stone hearted audience member to tears.

It is through these glimpses into the story not told that Bali is no longer just a forgotten character lost to the annals of time – he is shaped as a hero in his own right, a good father and husband, and his death becomes a tragedy to be mourned for the ages. Bali is a call to look beyond the surface, question our initial assumptions, and a glowing example of contemporary Indian theatre done well, with minimal yet effective staging, capable actors, and a compelling script that leaves us floored with the power of good storytelling.

Photos courtesy of Esplanade – Theatres on the Bay

Bali played as part of Kalaa Utsavam 2018 on 17th November 2018 at the Esplanade Recital Studio. For the full list of programmes and tickets, visit the Esplanade website here