Last Wednesday, the 29th Singapore International Film Festival (SGIFF) kicked off with animated short Kingdom by local filmmaker Tan Wei Keong, and Ho Wai Ding’s feature length film Cities of Last Things, which first premiered at the 2018 Toronto International Film Festival and winning the Toronto Platform Prize. Together, these films showcased a breadth of imagination in presenting the troubled existence we share as humans onscreen, marking the 29th SGIFF for yet another enchanting edition across the 12 day festival.

Commissioned by the SGIFF, Tan Wei Keong’s 5-minute long Kingdom is completely wordless, a monochromatic short that mixes both hand-drawn animation and photography to form a unique style of animation. Abstract in narrative, Kingdom follows a lost man as he stumbles into a quiet forest, constantly shifting from one place to another as he falls through portals to beaches and mountains, coming up more broken than ever each time as he finds himself increasingly isolated as his psyche falls apart. Created by an all star team that includes animators Harry and Henry Zhuang, along with Darren Ng (sonicbrat) on sound and Loo Zihan as editor, Kingdom is a fascinating collaborative effort from both local and regional artists to have forged this compelling, disturbing image of existence.

There’s a cruel irony in Cities of Last Things’ Mandarin title <<幸福城市>> (City of Happiness), considering the film opens rather brutally with a bloody suicide. That suicide happens to be that of one Mr Zhang Dong Liang, a man who we get to know most intimately over the course of director Ho Wai Ding’s epic film, as we learn the various reasons leading up to his decision over the last few decades across three extraordinary nights.

Under Ho’s vision, Zhang Dong Liang effectively transforms from cold-blooded killer into a victim of circumstance, his life encountering one soul wrenching, spirit-breaking incident after another as we watch this reverse-chronological triptych of segments that unfolds like a Chinese puzzle box, revealing to us the backstory behind this enigma of a man. One might even think of this as three films in one, with each segment offering up a different genre and style, ranging from sci-fi to melodrama. 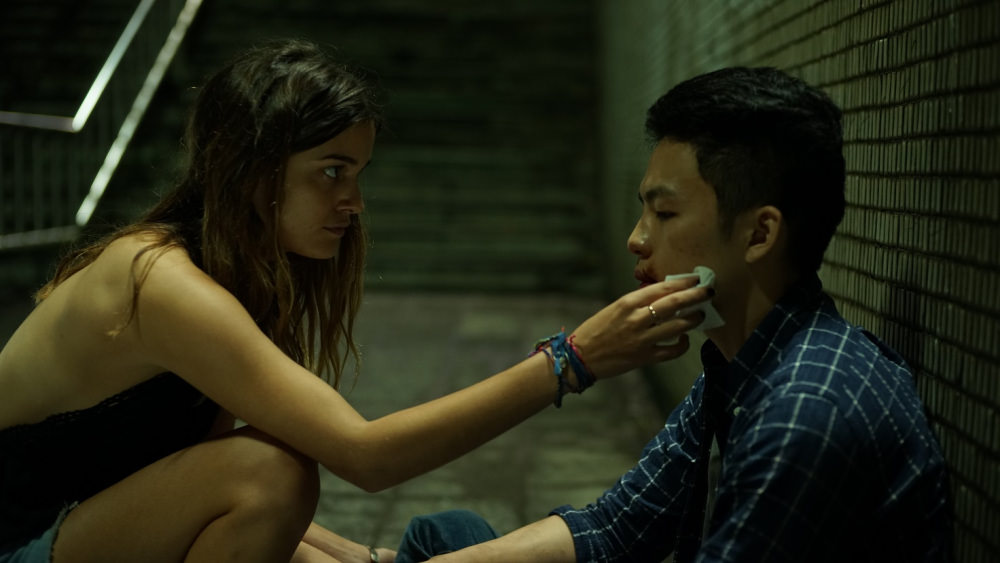 Cities of Last Things is by no means an easy film to watch, with plenty of scenes wracked with primal sex or almost indulgent violence. This gratuity is not without reason however, and viewers are left feeling the visceral pain of our protagonist as he’s beaten to a bloody pulp. Throughout the film, there’s a chilling sense of utter loneliness felt in Taiwan, with most relationships based either on transaction, hedonism or falsehoods, and nothing is ever as it seems. Characters are either in hiding or on the run, and there seems to almost always be something waiting on the corner to catch us by surprise, instilling a paranoia in viewers that makes Cities of Last Things such a compelling yet harrowing watch as we learn how Zhang’s life completely falls apart. 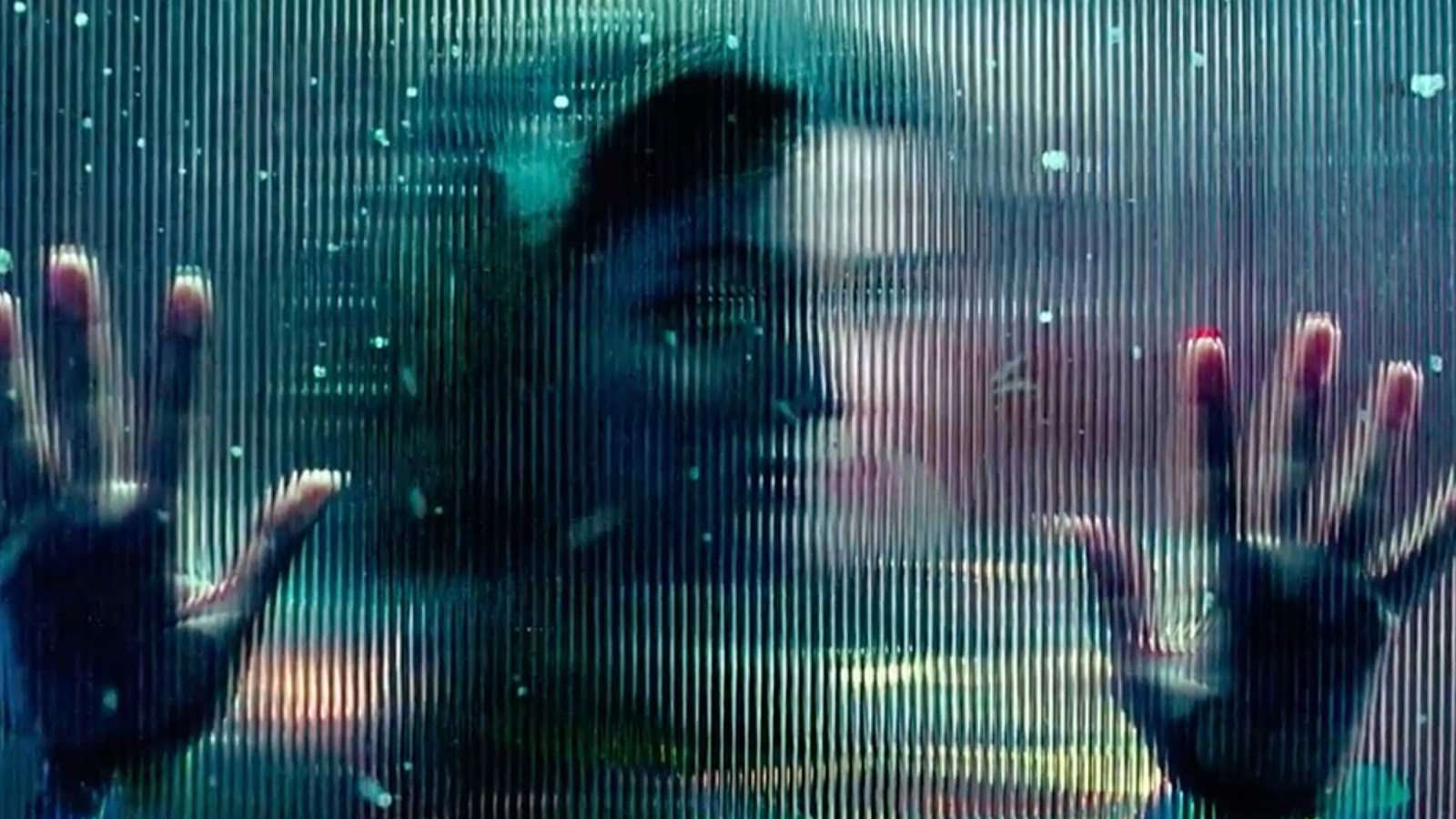 In the first segment, Jack Kao (as the oldest incarnation of Zhang in a futuristic, technologically advanced version of Taiwan) delivers a performance that is as fearsome as it is tender, mercilessly taking out his foes (including a traumatising strangulation scene) while hiding an indescribable pain within, as we watch him let go of his estranged daughter, and find strange comfort in a familiar looking prostitute. There’s an odd sense of incongruity between the endless, clean wonder of future Taiwan (not too different from the present) and the dark underbelly Zhang so readily throws himself into, almost as if he represents something real underneath the gaudy haze of government drones and neon lights. 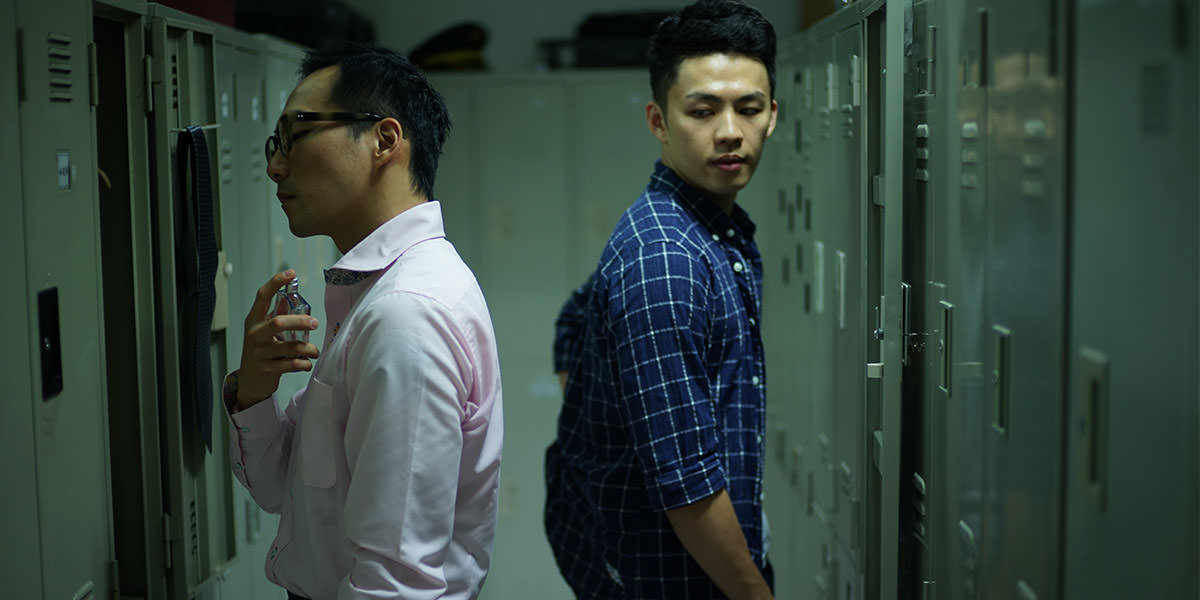 Meanwhile, shot on expired 35mm film, there’s a grainy quality to the second segment that lends it a heightened sense of nostalgia. Flashing back to his youth as a rookie cop (played with a fiery temper and a fierce energy by Lee Hong-Chi), it is here that we come face to face with the entire chain of events leading to future Zhang becoming as world weary as he is, from a terrible betrayal by his superior (Mayday’s Stone, playing against type as a ruthless villain) to a fleeting, chance encounter with a kleptomaniac (Louise Grinberg, mysterious, flighty and alluring), the actors sharing a chemistry so strong and so real, one can’t help but root for them despite knowing nothing good will come to fruition.

All of this comes to a head with the third act, which, while somewhat disjointed from the first two parts (and decidedly more comic), brings us to a denouement as Zhang meets his estranged, criminal mother by coincidence (Ding Ning, whose character’s backstory and the verve with which she plays her deserves its own spinoff film, and deservedly snagging Best Supporting Actress at the recent Golden Horse Awards), and the film makes clear how cruel and seemingly godless life is when we realise how Zhang, a man who spends much of his youth dedicated to staying in the right side of the law, is repaid only in betrayal, death and tragedy.

Cities of Last Things is an inspired look at the absurdity of life and morality, and a disturbing consideration of how being good is not necessarily a guarantor of a happy ending. Ultimately, Cities of Last Things winds up a sobering wake up call to remind us that life itself is bereft of magic, and as the film closes out on a shot of Zhang as a smiling toddler, we cannot help but feel a sinking sense of utter hopelessness knowing the countless traumas this innocent is yet to experience, desperately wanting to protect him from all that life is about to throw at him.

SGIFF 2018 runs from 28th November to 9th December across various cinemas and venues. More information and ticket sales available from their website