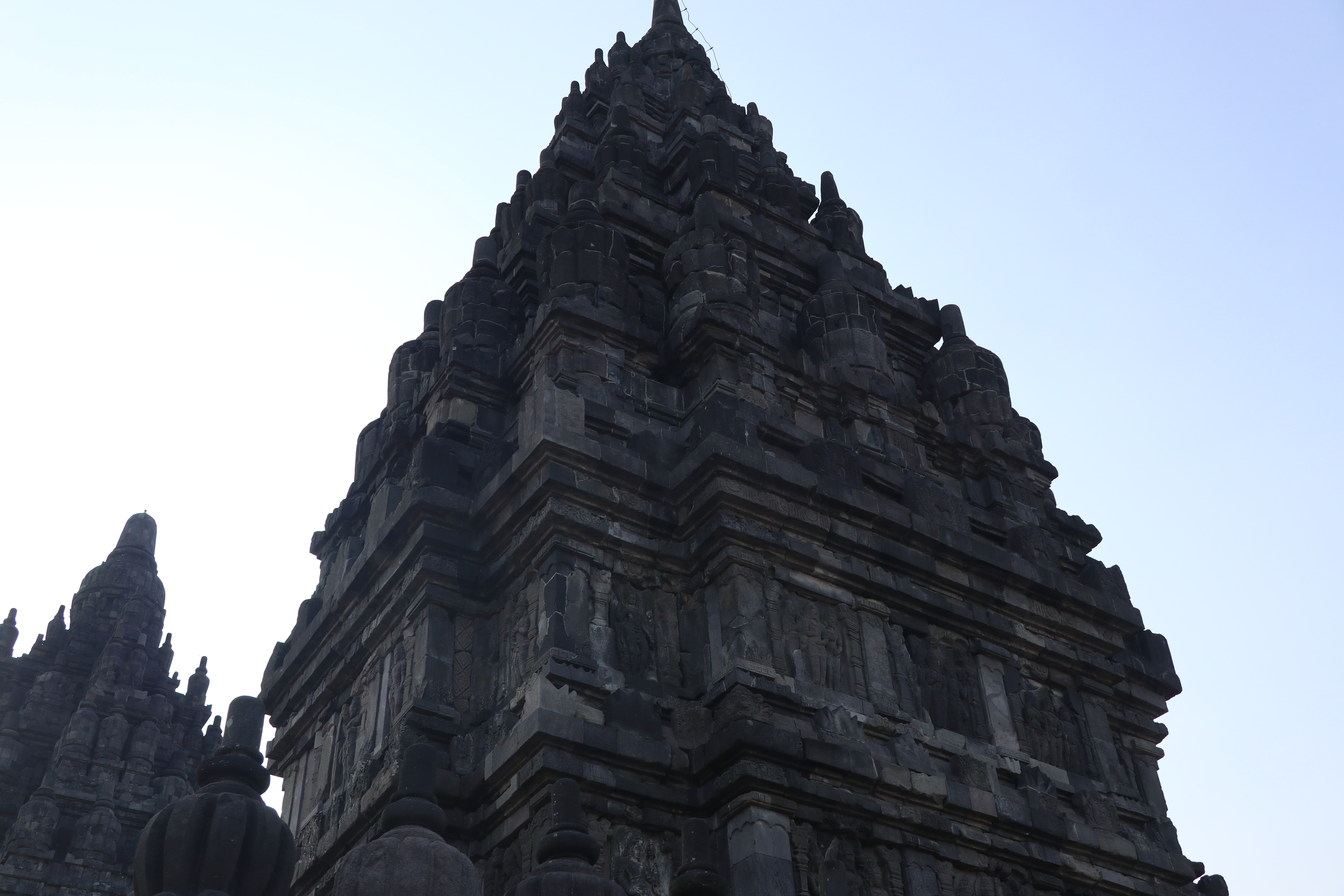 In 2019, the Singapore International Festival of Arts (SIFA) will return for 18 days in May and June. Marking the second festival helmed by Festival Director Gaurav Kripalani, 2019 promises an even tighter programme of international works and brand new local commissioned works, and perhaps the one show that audiences should save a date for already is none other than SIFA 2019 opening show Dionysus.

Presented by the Suzuki Company of Toga and Purnati Indonesia in a five year collaboration, Dionysus is adapted by the legendary thespian Tadashi Suzuki himself (yes, of the Suzuki Method employed by companies such as Nine Years Theatre), taking inspiration from Greek playwright Euripides and his tragedy The Bacchae. In the play, the titular Dionysus, god of wine and hedonism, devises a punishment for Pentheus, the King of Thebes, as he allures the souls of the Theban women to a orgiastic carnival banquet upon Mount Cithaeron. Brought to the mountain out of curiosity, Pentheus himself is torn asunder by the admirers, including his mother Agave, who awakens from her delirium with her son’s head in her hands, and is being blamed for the murder. 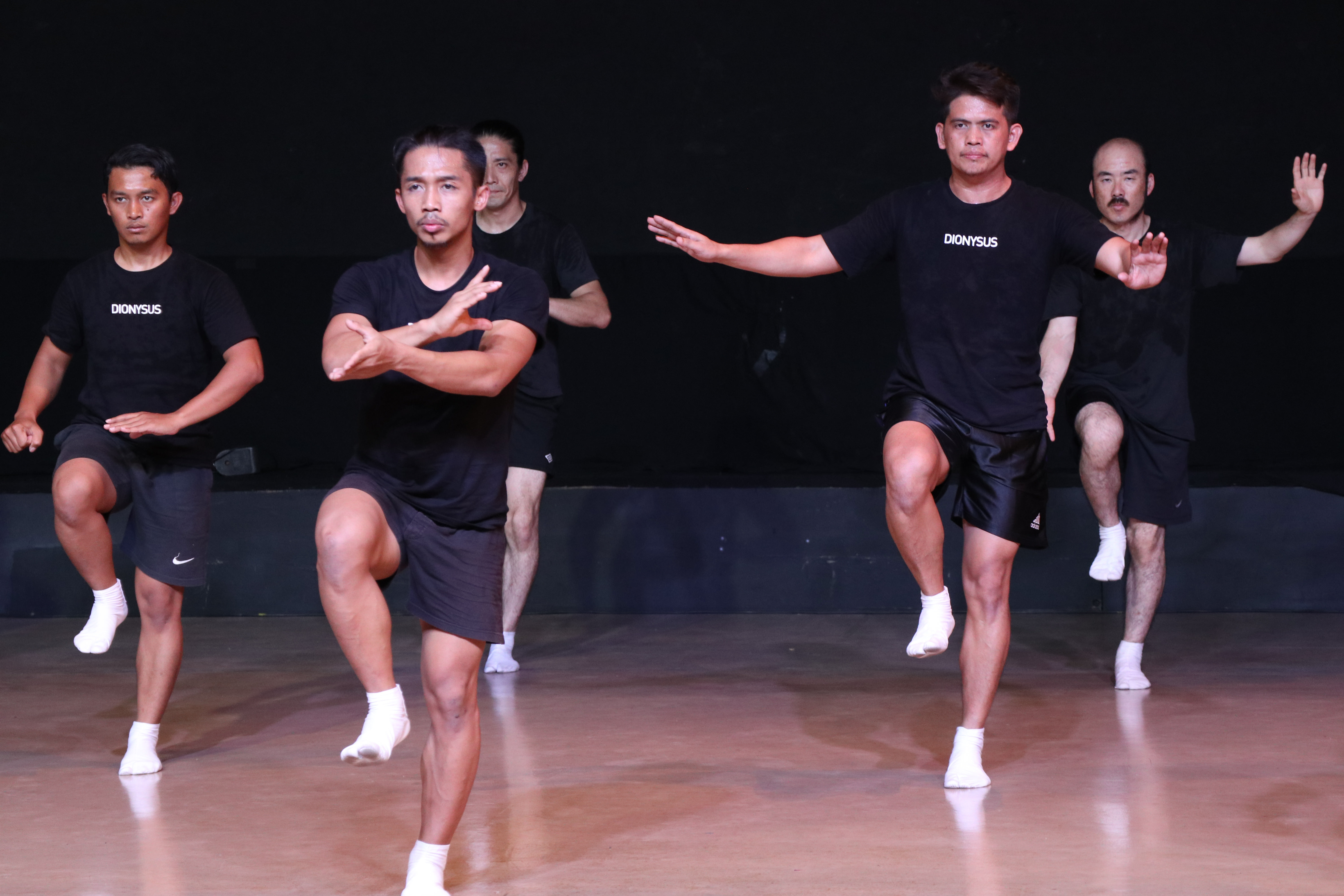 Perhaps most significant of all is how this production brings together not only Japanese actors, but also a cast that includes Indonesian and Chinese actors in a production that features nine languages and dialects, not to mention a haunting, traditional Indonesian instrument led soundtrack by Takada Midori, and costumes by Indonesian designer Auguste Soesastro and Suzuki himself, with the former weaving in the batik to the contemporary for the new pieces. 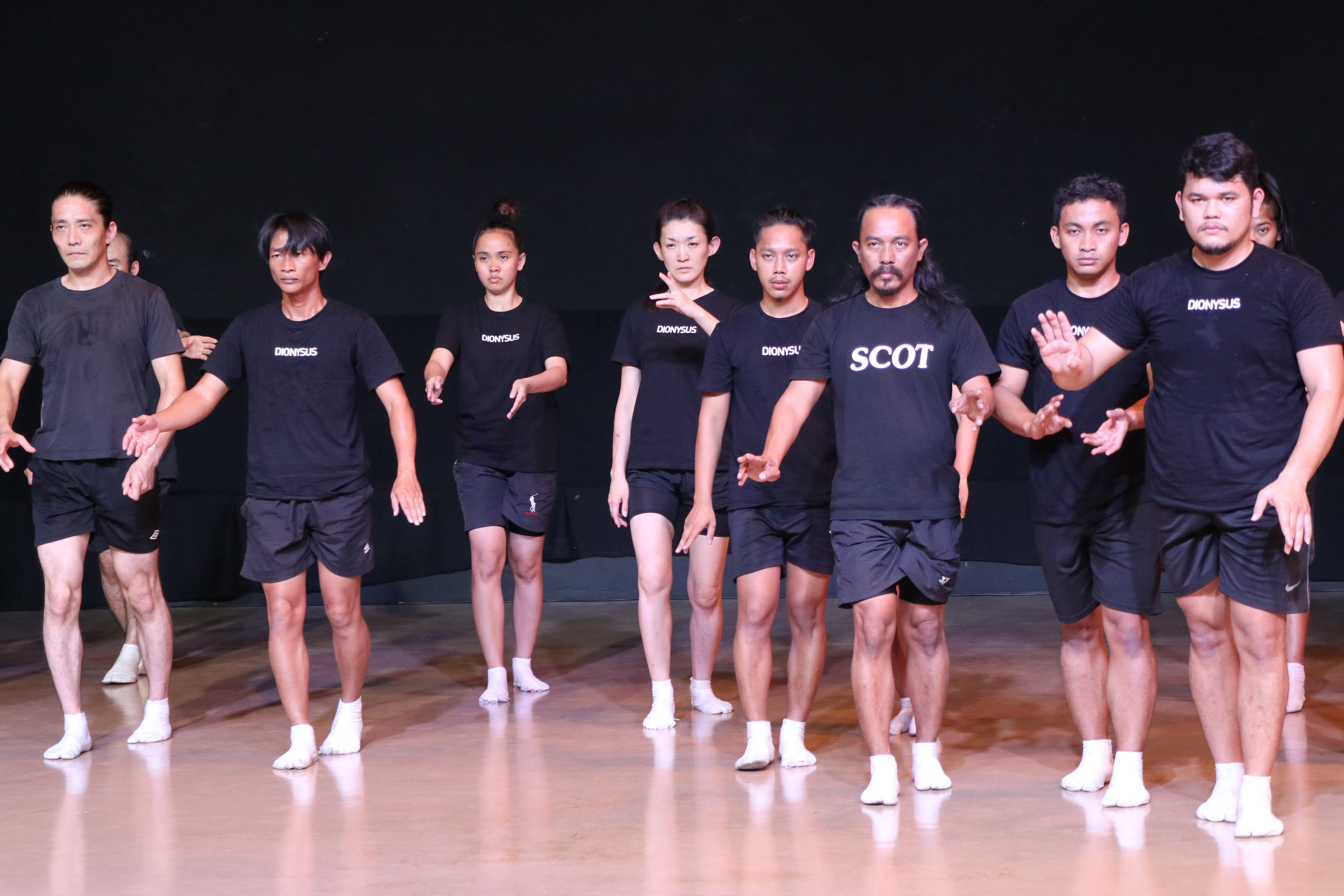 Says producer Restu Imansari: “This work was born when I got a phone call one day, back in 2014 and I was told that Suzuki wanted to head down to Indonesia. I was impressed and jumped at the chance. For Suzuki, he wanted to see the spirit of the performance when he came here, and I was so excited because I wanted to see Indonesian representation onstage, my people, who Suzuki has never used in his productions before.” 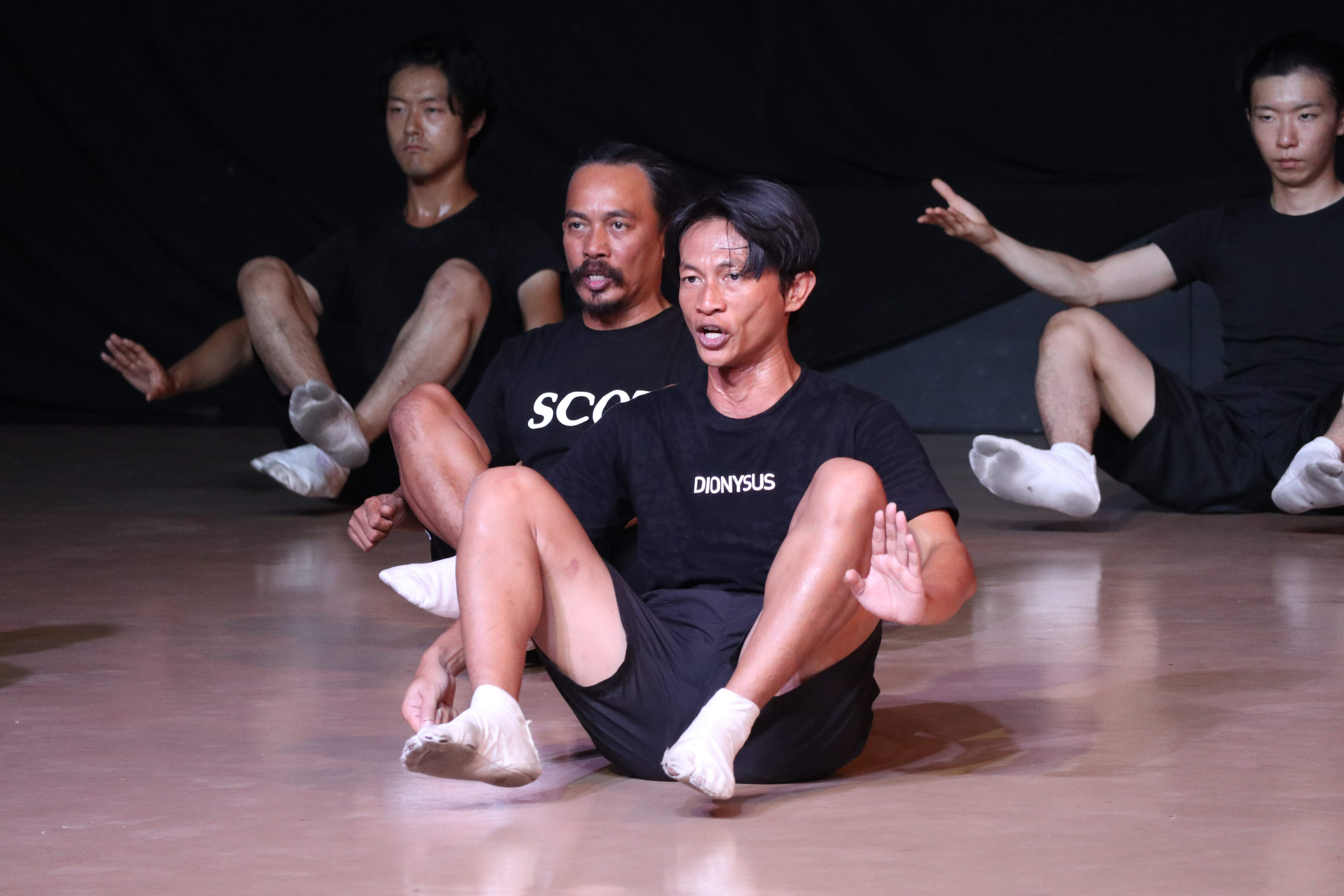 Watching Tadashi Suzuki conduct a rehearsal feels like watching a performance in itself, with a keen focus on the warm up process. As the rhythmic music plays, Suzuki focuses on the beat, the timing, and the movement from the actors’ footwork. So much attention is placed on the breathing and ritual of it all. One can see how much control is being exerted upon their breathing, as they display complete serenity and poise in every moment, no matter how strenuous. 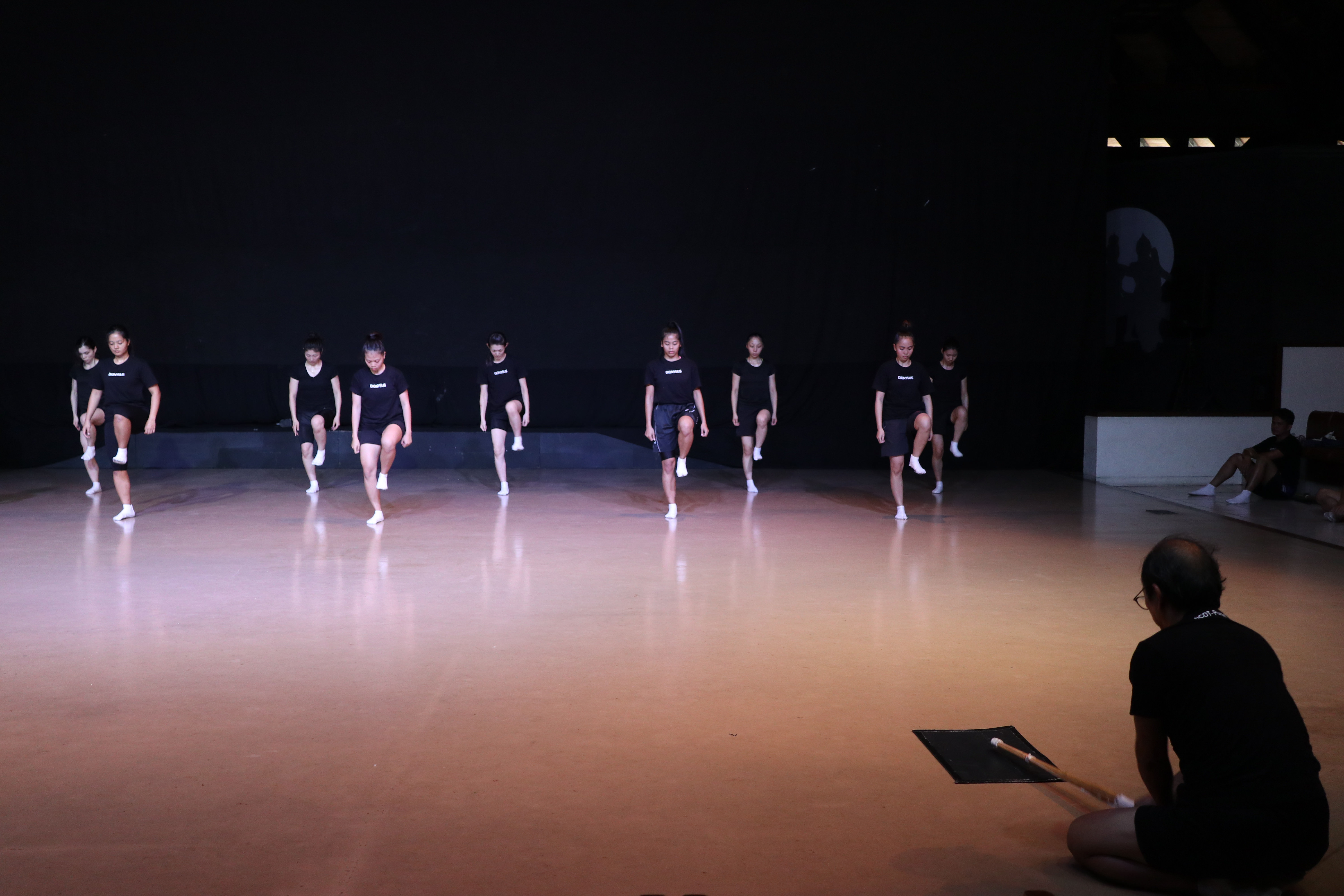 One feels the actors are completely in sync with each other – as a stick hits the floor, there is an immediate snap reaction to it, as they move in unison. This trance-like state puts them completely in sync with the rhythms and beats, drilled right into their heads as you watch the sweat trickling down their faces. By the end of the exercise, they’re exhausted, yet their breathing is no laboured – it remains perfectly calm, and it is clear that these are experts at the craft. 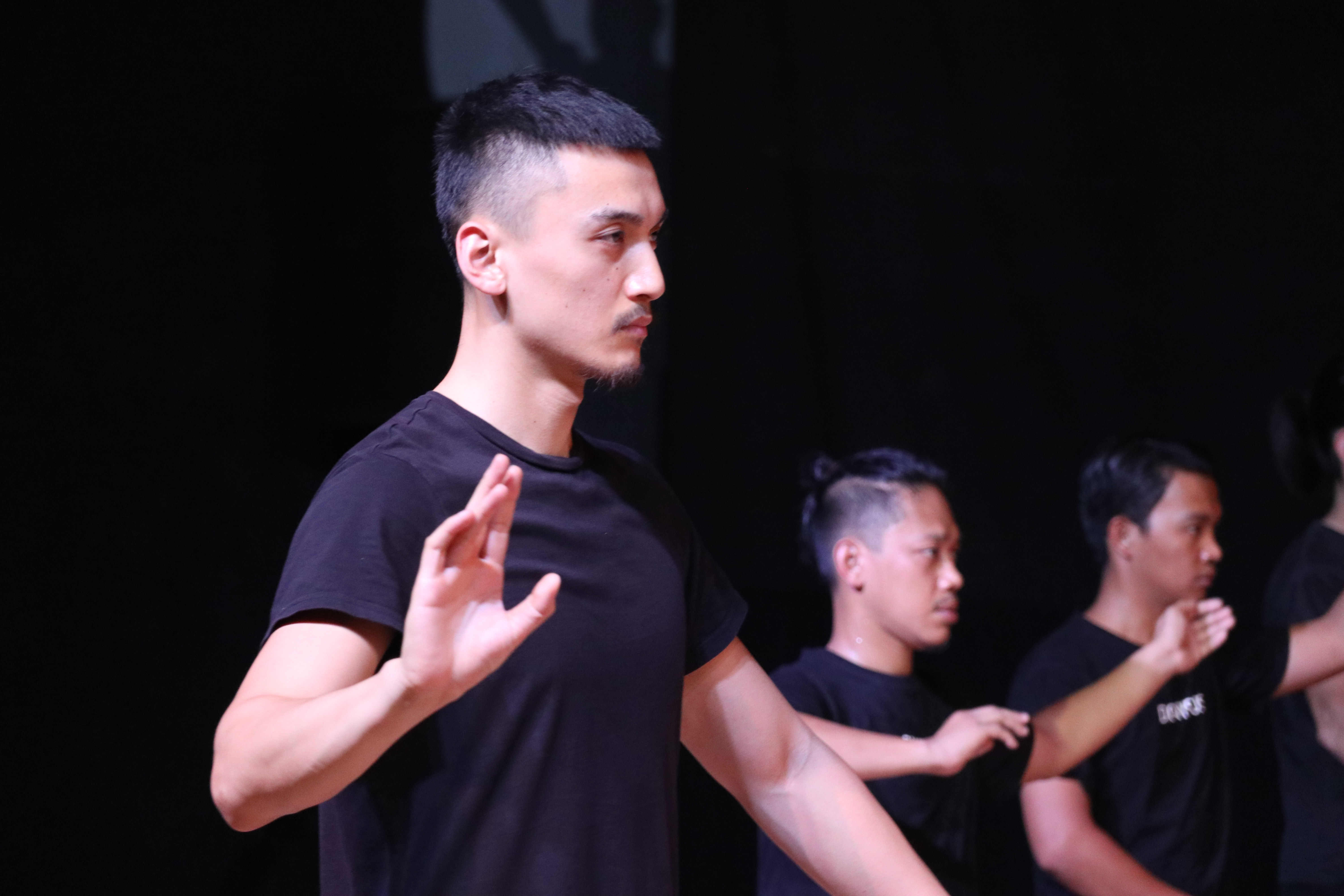 Says Suzuki: “In my own family, when I wanted to do theatre, my own father said no immediately, while my mother said wait, and secretly sent me money to support my ambition after I ran away from home to do theatre. I didn’t care what anybody thought, I was passionate about what I did and went and achieved it.” 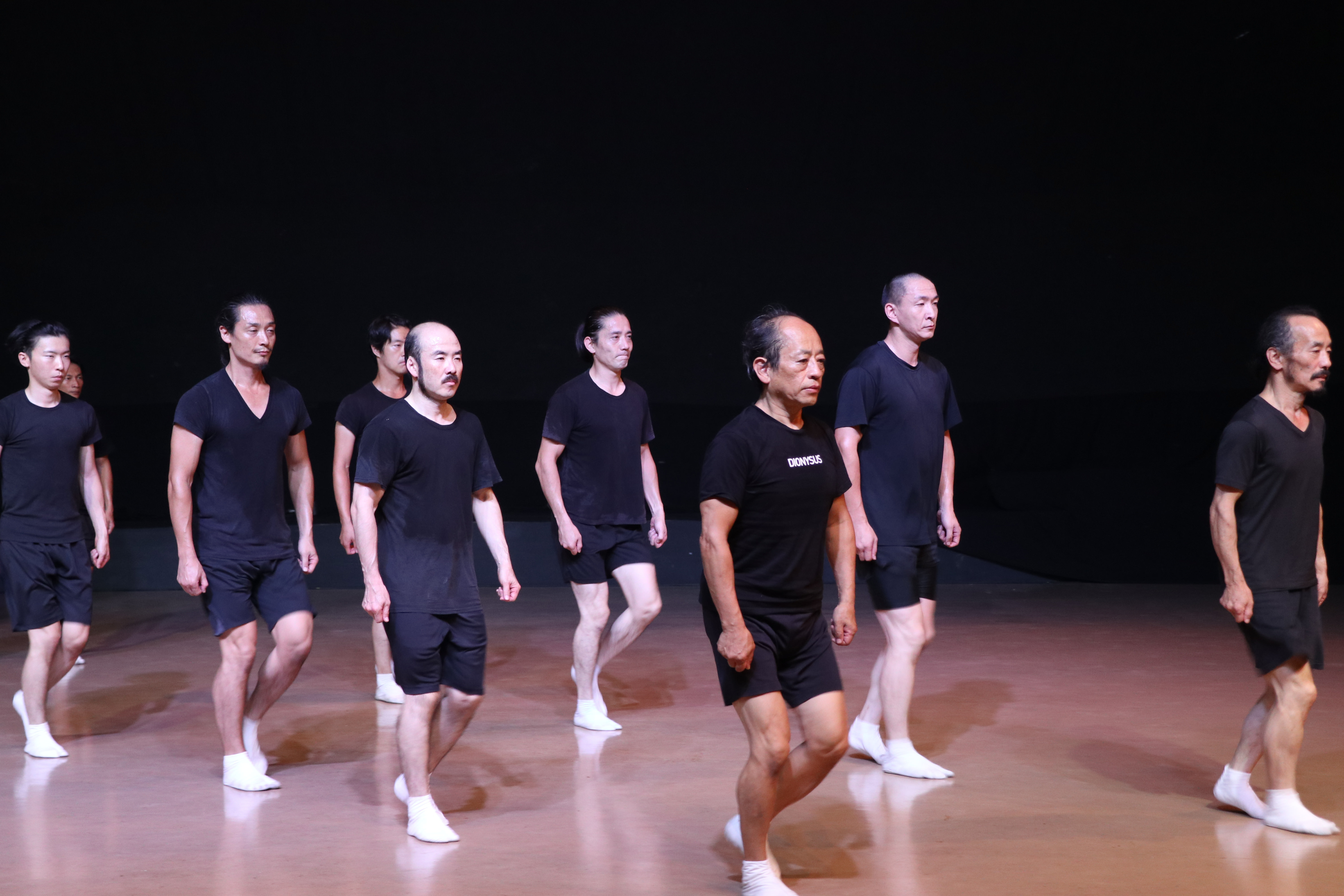 Says lead actress Naito Chieko, who plays Agave, mother to Pentheus: “This is my 12th year working with the Suzuki Company. One of the things Suzuki always says is ‘I’m not doing theatre’, but I always thought what he did was the most theatrical thing ever, especially intrigued with how much energy goes into all that we do. We take each day one step at a time, with every gesture we perform a step closer to our final work.” 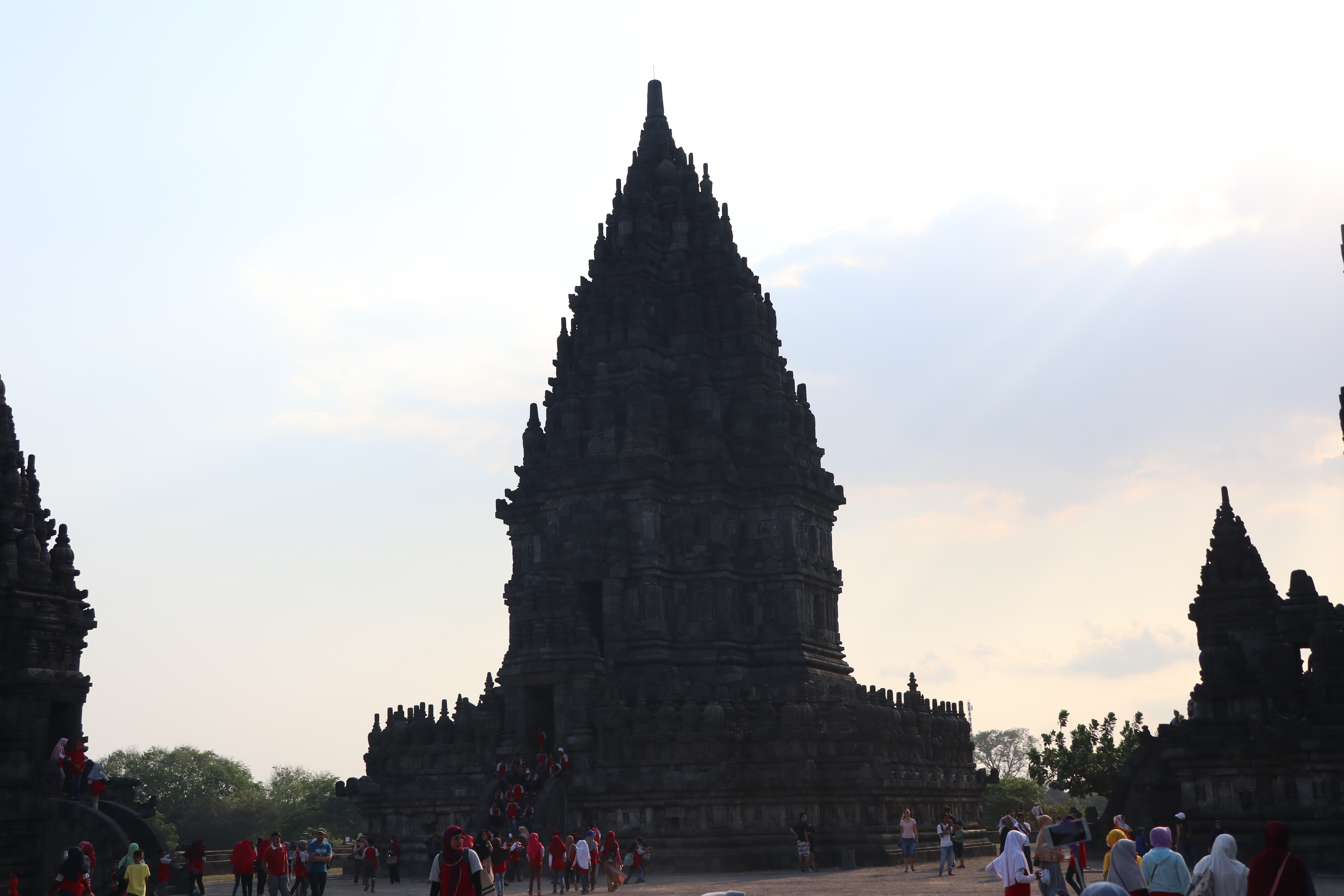 Unlike the outdoor space they performed at in Jogjakarta, Dionysus will instead be playing at an indoor space, the Victoria Theatre, when they arrive in Singapore. Says Chieko: “When the space changes, the body has to adapt as well. Back in Japan, I was already very familiar with the theatre we performed in, but here in Indonesia, there’s a whole new sensitivity required to bring out our performance.” 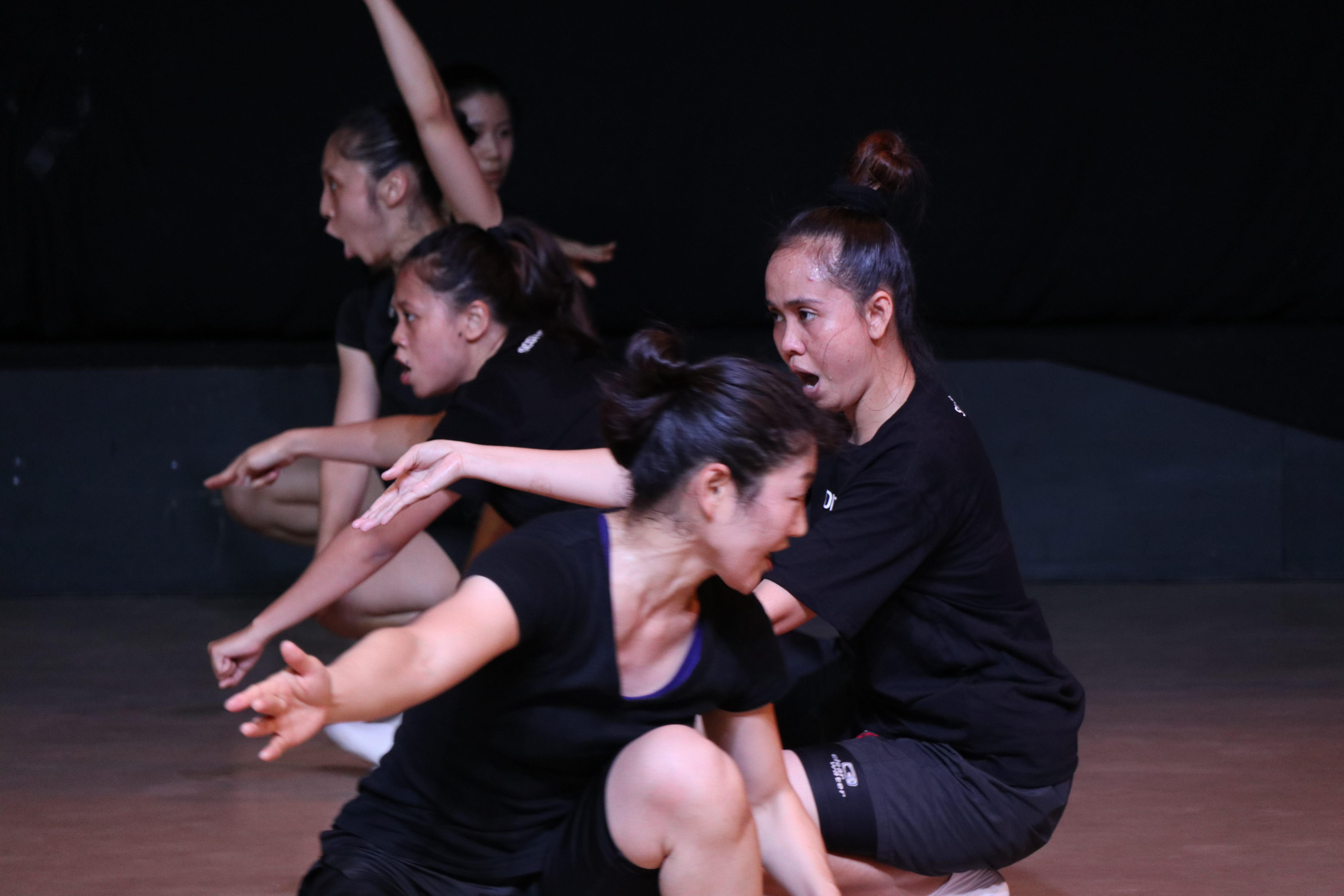 Suzuki of course, is a man interested in creating universal work, as he breaks down cultural and national barriers through the process of Dionysus, in bringing together people from different lands and cultures to tell a familiar tale of the conflict between God and Man. Says Suzuki: “This is the first time we’re working with Indonesian actors, and it’s been such an inspiration, there’s so much culture, so much character to all the actors I’m working with, and there’s been so much influence on the production from the Indonesian instruments on the soundtrack by Takada Midori.” 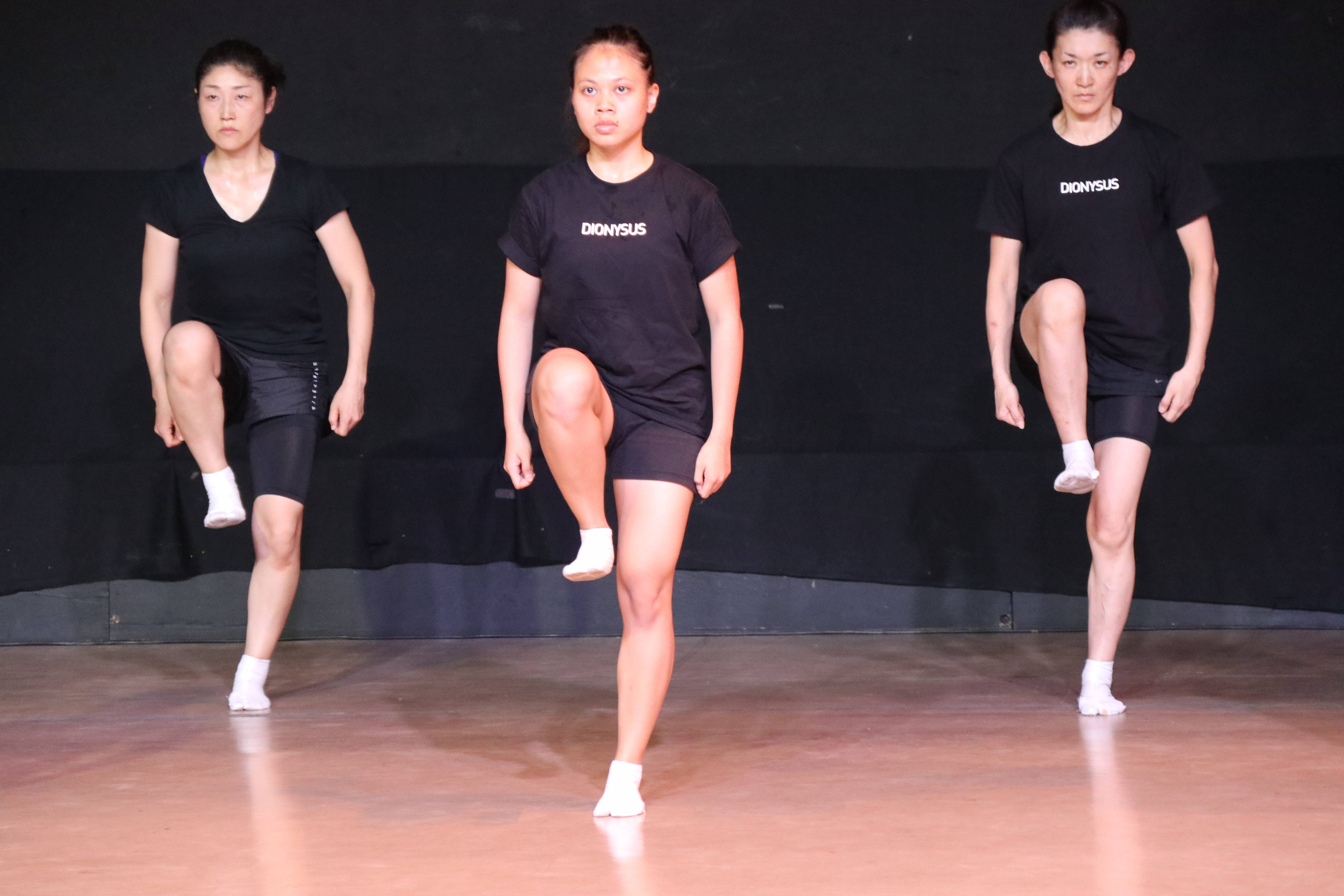 He continues: “My actors speak around 6 different languages and all come from different backgrounds. Yet through the text alone, they share a common understanding. Coupled with having gone through the same training, the cast no match each other and find that they’re not that different after all. In fact, as they speak in their own native tongues, it’s easier for them to bring out the emotions and to represent the talent they have. My work does not seek to zoom in on Indonesian culture, but to show the similarities between people and what it means to be fundamentally human.” 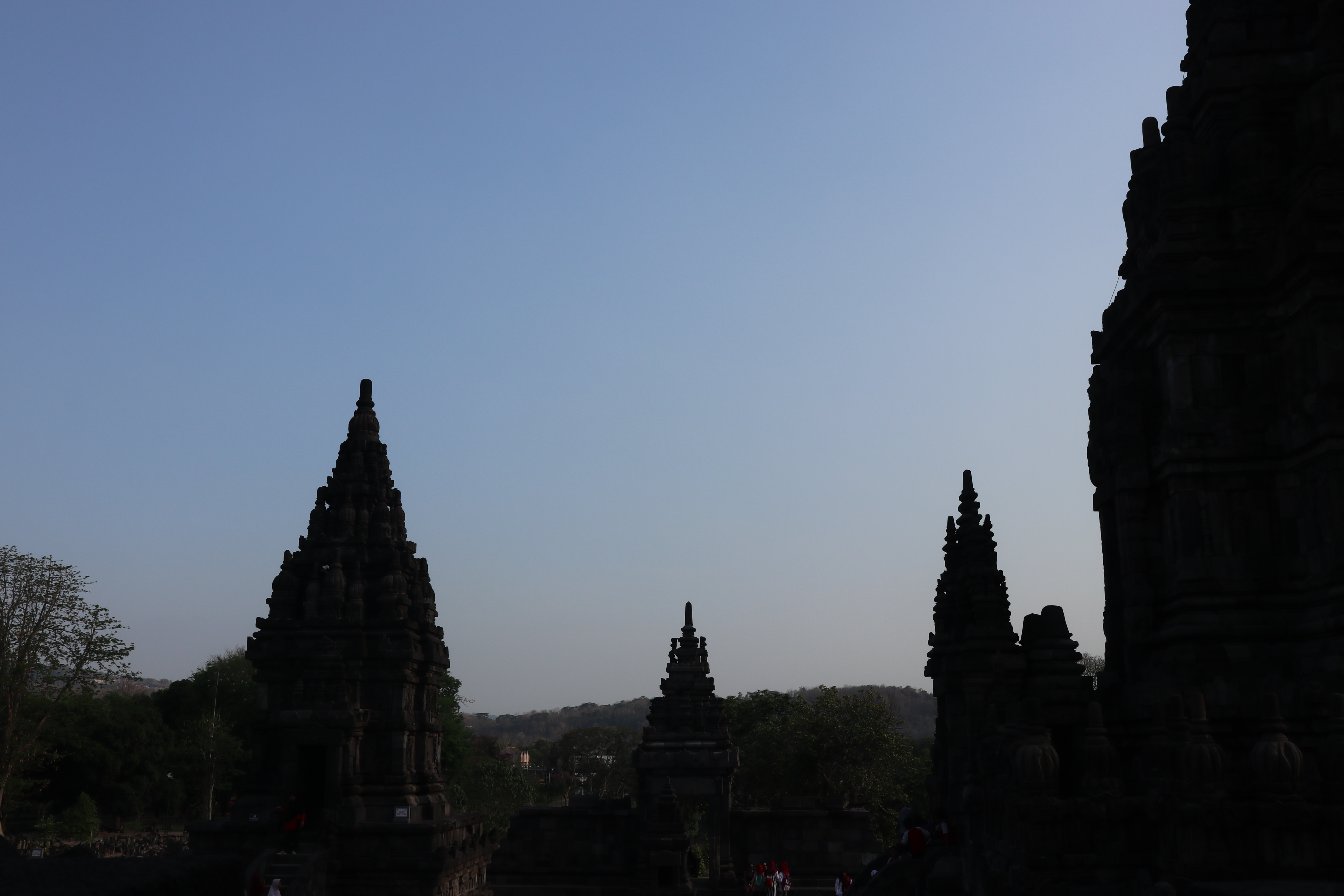 By staging the play in front of the Prambanan Temple, the religious aspects of the play come out in full, with an almost supernatural air that surrounds the actors as they bathe the temple in light and don haunting white costumes of devotees. 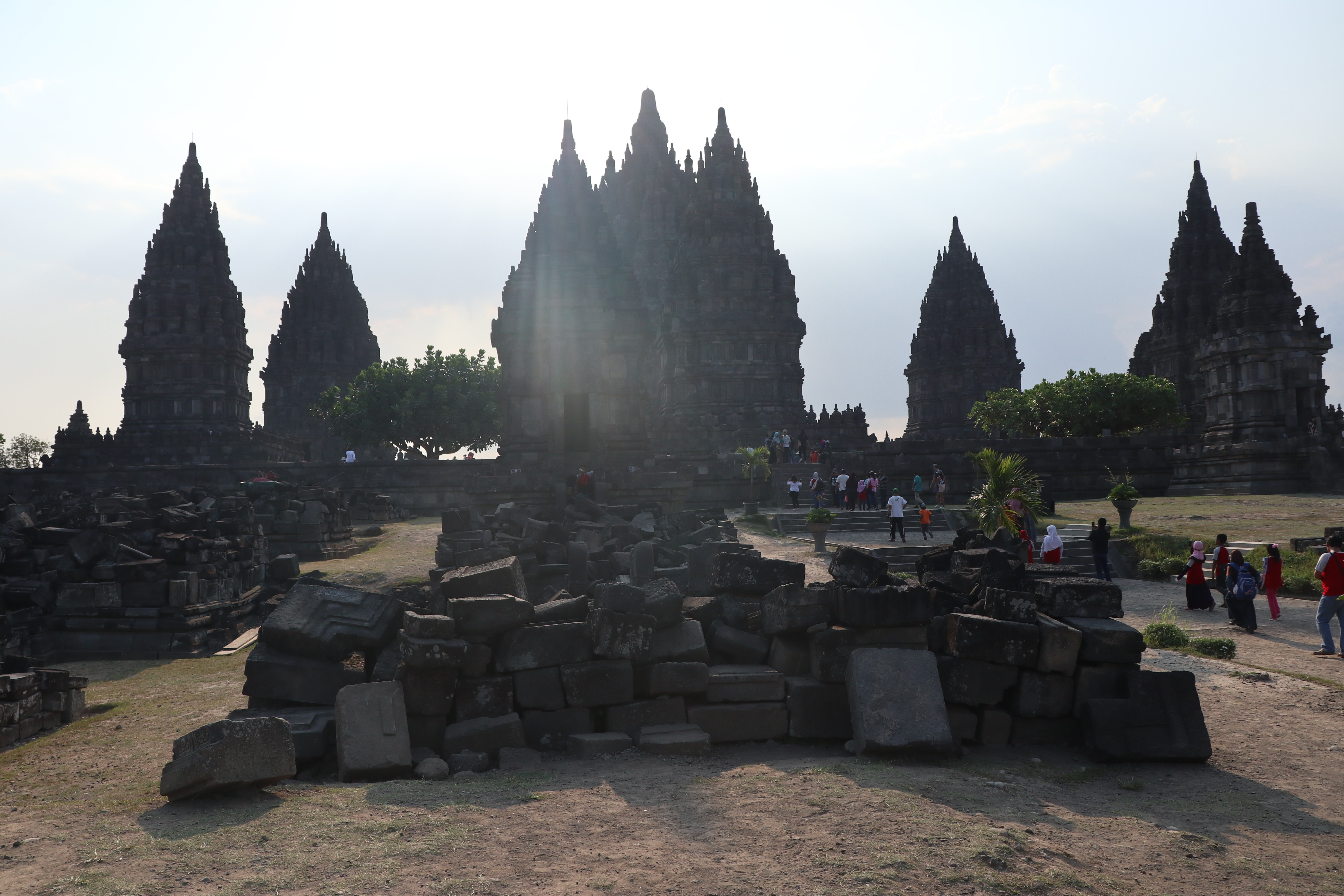 Says Suzuki: “While religion may appear peaceful on the outside, there are also aspects of it that have led to some of the most aggressive battles and conflicts throughout history. That’s unfortunately the world we live in, where the beauty of religion is suppressed by the presence of certain political authorities corrupting them. Religion and politics have always co-existed in human history in conflicting ways, and I wanted to question this through my production of Dionysus, which I feel has once again become so current to our times.” 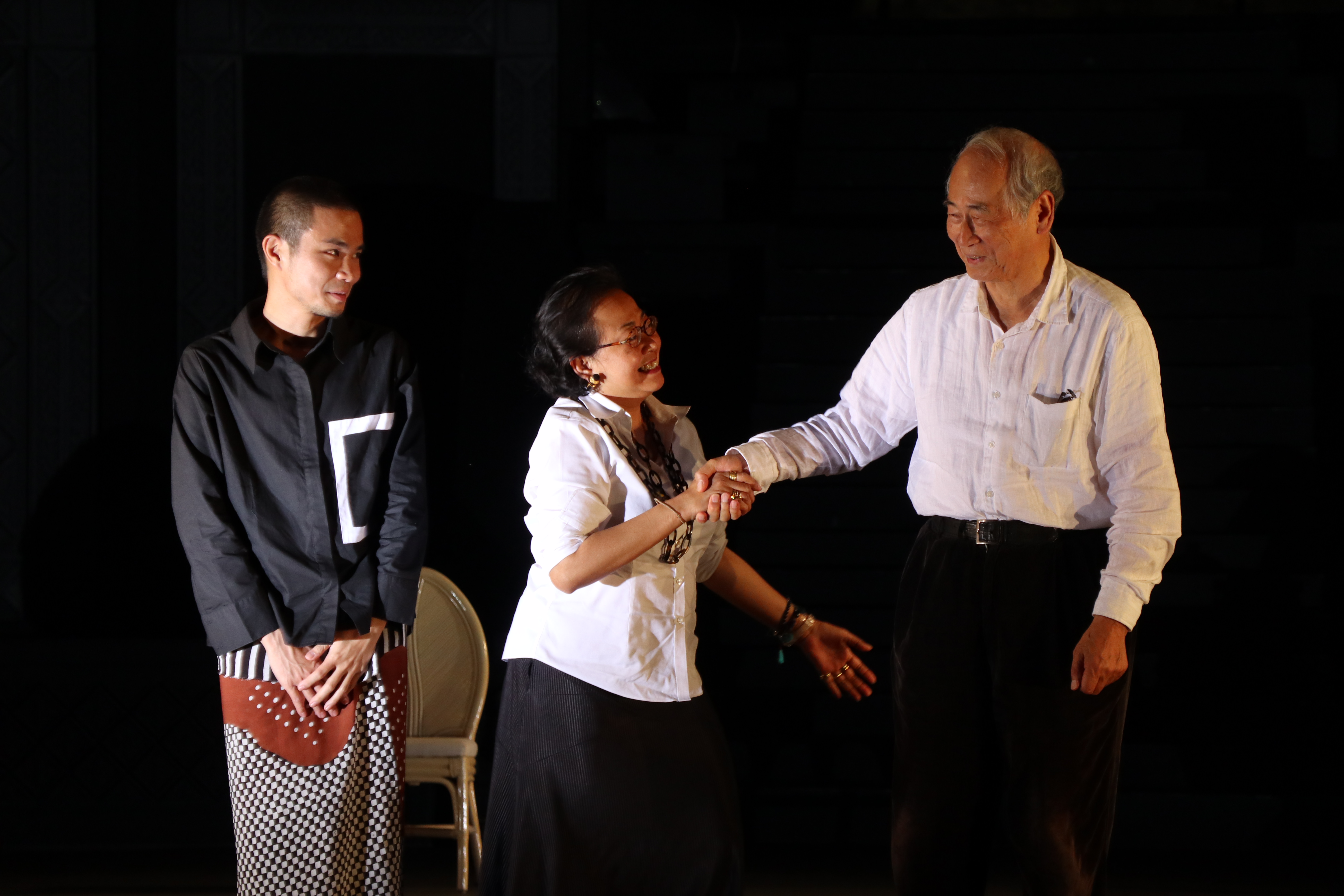 Says Festival Director Gaurav Kripalani: “As Singapore’s pinnacle platform for the performing arts, Dionysus epitomises the SIFA spirit to inspire audiences with memorable artistic experiences and to champion artistic collaboration. Singapore will be the only country apart from Japan and Indonesia to present this landmark Asian production.”

Dionysus will play on 17th and 18th May 2019 at the Victoria Theatre as part of the 2019 Singapore International Festival of Arts, which returns next year from 16th May – 2nd June 2019. Tickets available from SISTIC