50 years ago, writer John Berger (Ways of Seeing) and Swiss photographer Jean Mohr collaborated on the book A Fortunate Man, a visionary, philosophical tome that meditated on what it means to be a doctor or member of the healthcare professional. Following the life of English country general practitioner John Sassall, a combination of storytelling and photography brings to life his daily routines, his compassions and practice.

Yet, 15 years after the publication of the book, Sassall departed the world after taking his own life, bringing to mind issues of the extreme pressures people in the medical profession go through each day, and the stigma of speaking up when it all becomes too much. Together with theatremaker Michael Pinchbeck, New Perspectives has taken inspiration from and adapted said book into a lecture performance of the same name, making its Singaporean premiere at the M1 Singapore Fringe Festival this January. We spoke to Pinchbeck, who both wrote and directed the play, exploring the significance of this play and what audiences might be able to expect from it.

Read the interview in full below, and find out a little more about this poignant performance about the passions and pressures of being a doctor: 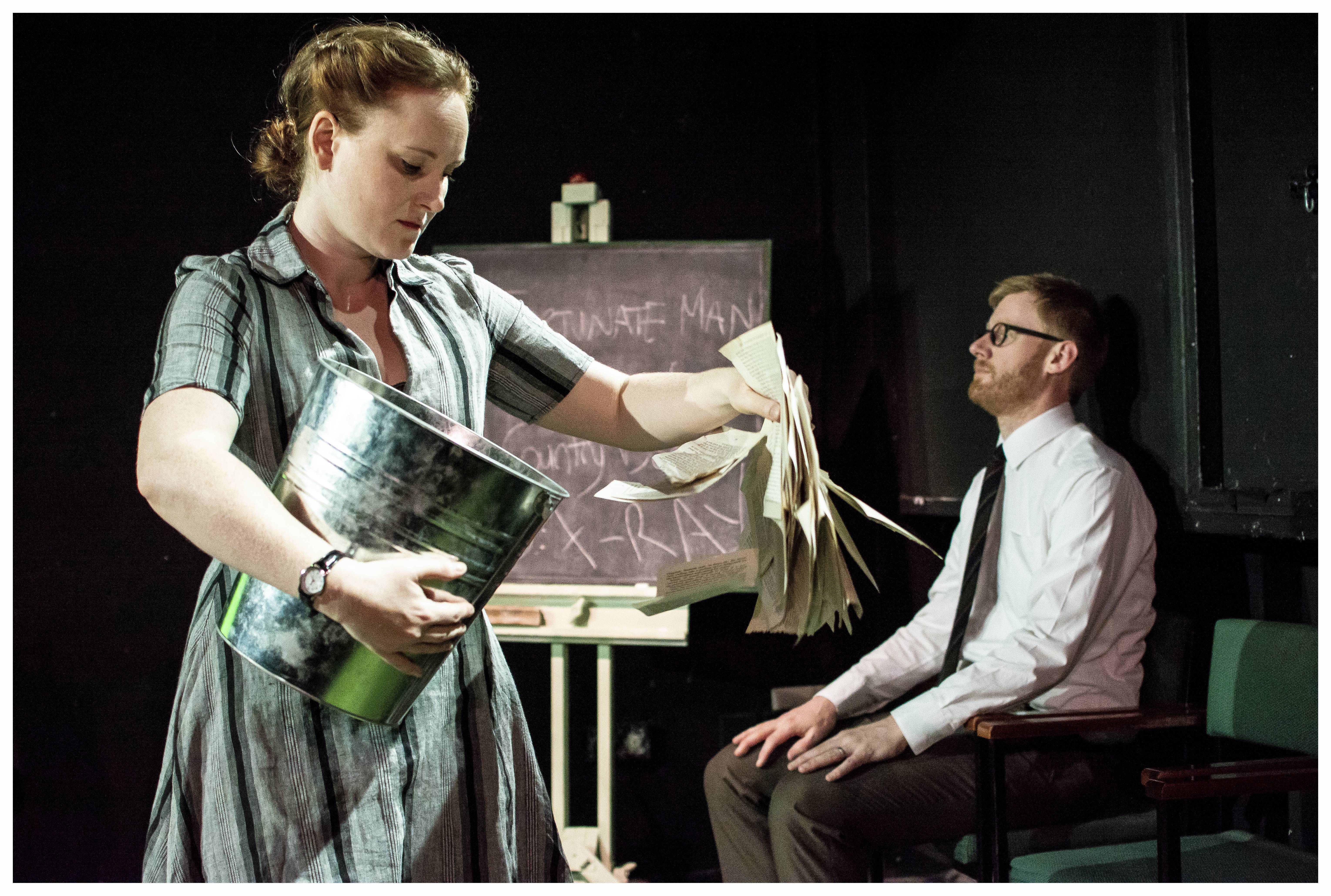 Bakchormeeboy: How and why was A Fortunate Man conceived?

Michael: New Perspectives Theatre Company approached me to lead a project with regional emerging artists using the original 1967 Berger/Mohr text as the starting point. Following interrogation and discoveries made through the project, New Perspectives then invited me to devise a performance inspired by the book.

It was especially timely to explore the pressures of rural healthcare in England then and now to coincide with the 50th anniversary of the book and the 70th anniversary of the UK’s National Health Service. It became even more timely to devise the piece following the death of John Berger two years ago, and now Jean Mohr has passed away, there is an added sense of poignancy. It speaks across the decades since the book was published about how the life of a country doctor has changed and how we care about caring. 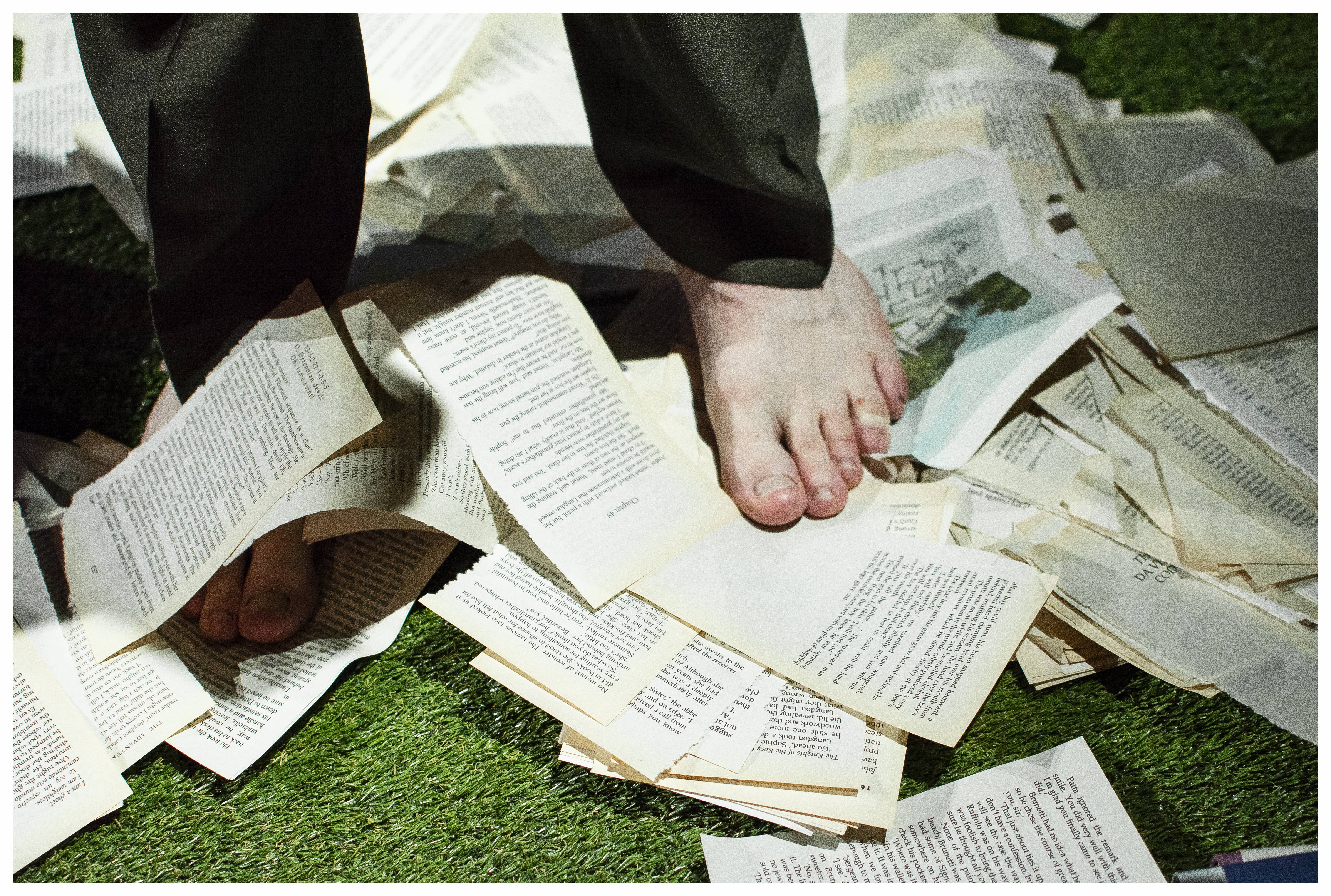 Bakchormeeboy: What was the process of creating A Fortunate Man like, in terms of deciding on its visuals or styles? How and why did you decide you wanted to take on a lecture-theatre style of performance?

Michael: The visual style of the piece was inspired by the book and the way images and text are in constant dialogue. I thought about ways in which this often happens onstage and a lecture or slideshow seemed to be the most appropriate frame for our story to be told. I am also a lecturer so this was a natural way in which to structure the material and allow Berger to be quoted or Mohr’s images to be shown. It enables the performers to be both themselves and lecturers, a doctor and his patients, Berger and Mohr.

There is an aural aesthetic too. We use interviews with practising GPs about the book’s value in teaching doctors. There are interviews with family of the Doctor that inspired the book – his son and son-in-law – who told me more about him than the book could and enabled me to try and paint a landscape of the place where he worked and a portrait of him, and his wife, Betty.

We have tried to approach her influence through a 21st Century lens and give Betty more of a voice. There is a choreography of images from the book and slow motifs from Berger’s writing, a tree branch falling, snow. We have 1000 leaves, 36 photographs for a slideshow and pages from dozens of books. It is somewhere between a lecture and a show, 2019 and 1967, a book and a play. 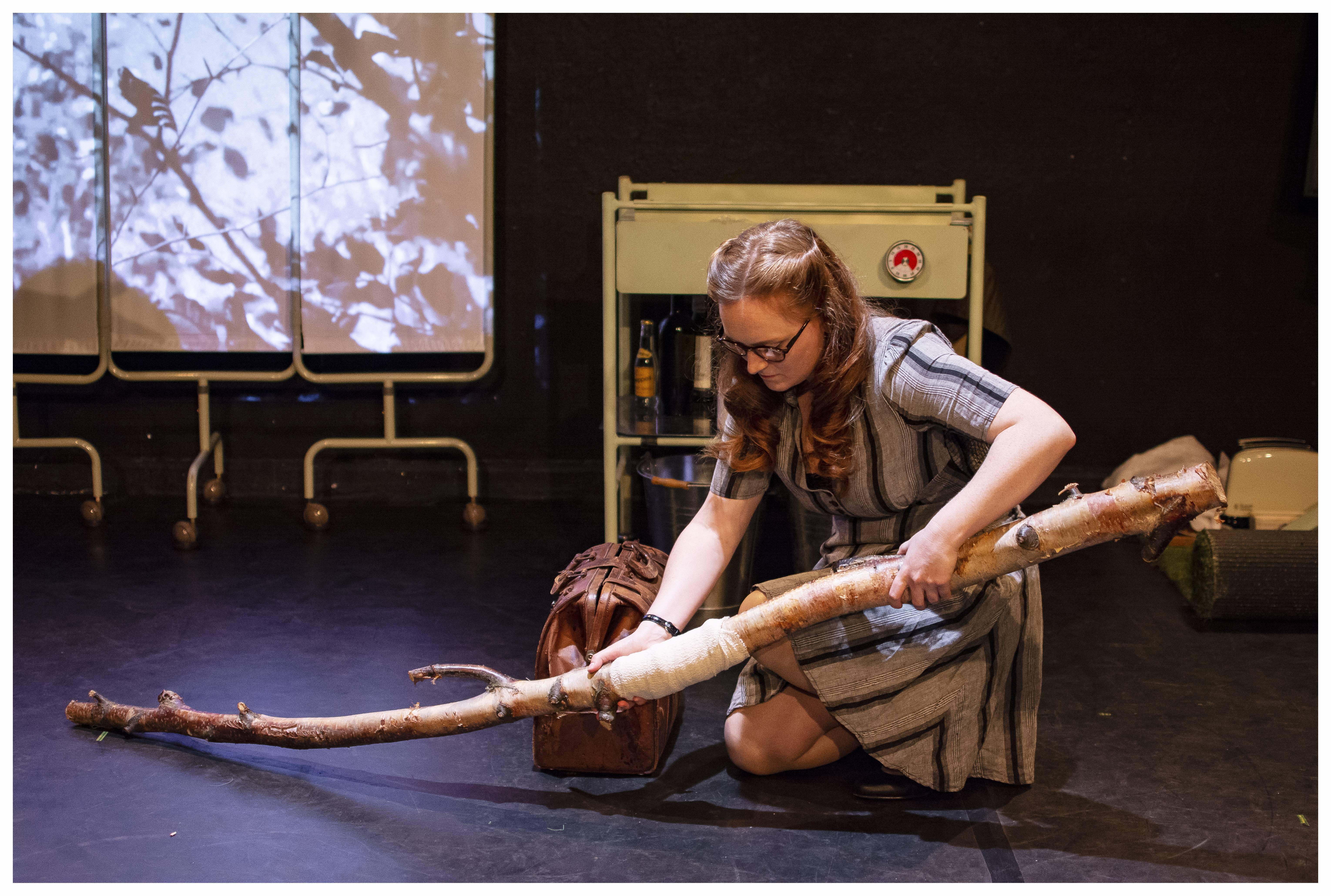 Bakchormeeboy: How do you think your work ties back to this year’s theme of Still Waters?

Michael: It starts calm and considered and takes you on a journey into the book through its pages, so in that sense the waters are still. But as we learn more about Sassall and how he felt that stillness is disturbed. The piece is in three acts, Landscapes, Portraits and X-Ray. Berger said ‘to understand a landscape we have to situate ourselves in it’ so that is what we are trying to do.

We set the scene (Landscapes) then we tell you about the people who live and work there (Portraits). Then in the final act we zoom into the doctor’s mental health more (X-Ray). The piece speaks to the theme in both a geographical sense and a personal sense. In fact, there was a river that ran through the Doctor’s village and Berger tells us ‘There is a bend in the river that reminds him of his failure’. So even when the water is still the mind is racing. 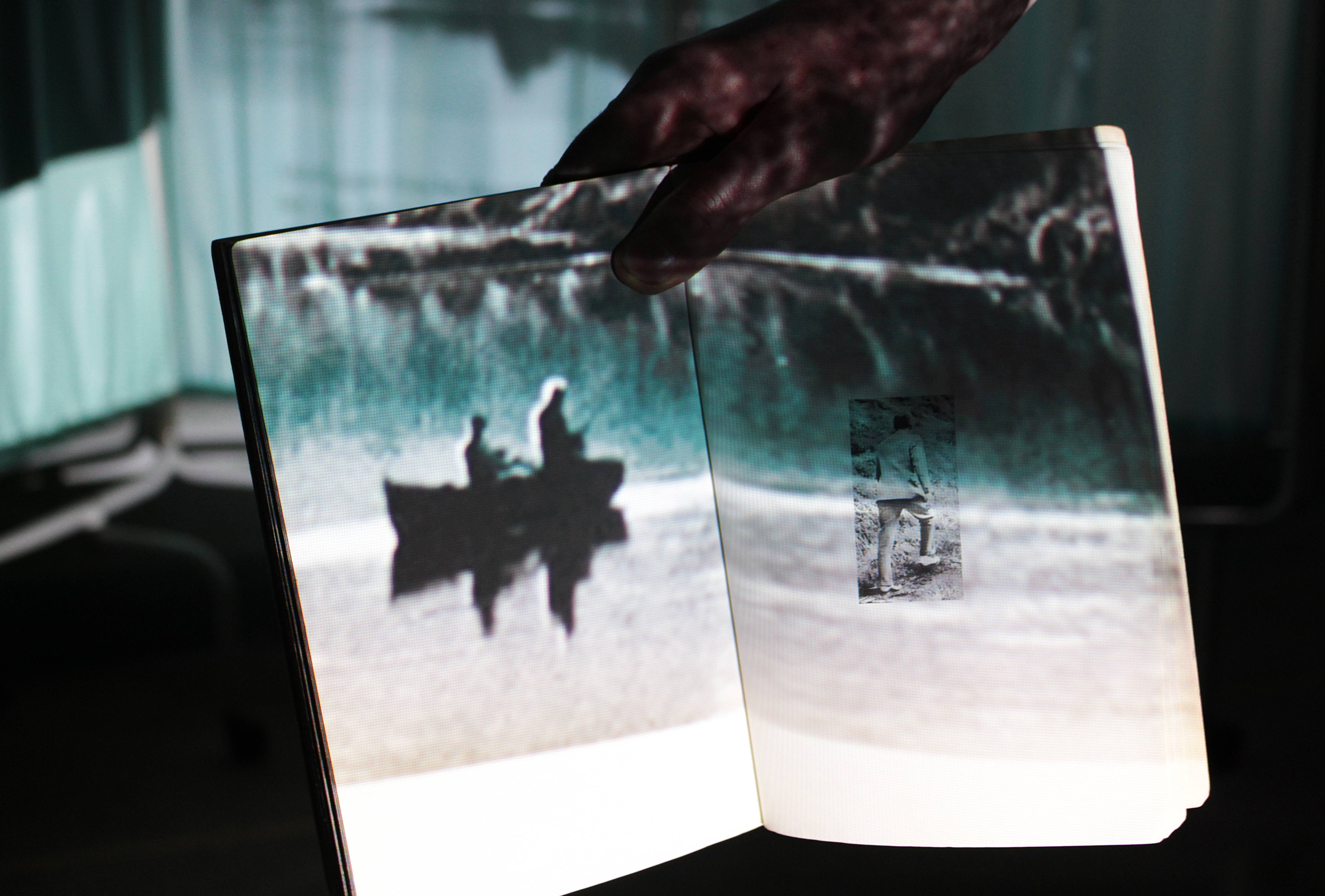 Michael: Berger and Mohr published A Fortunate Man – The story of a country doctor in 1967 based on the daily challenges of a GP in the Forest of Dean – Dr John Sassall. What they revealed about the life of a rural GP remains as fresh and urgent today as we hear daily news about the NHS and try to imagine our future without it.

There are often news stories in the UK about the pressures under which doctors work and how this affects their own mental health. We follow two narratives, the life of Dr Sassall, culminating in his suicide in 1982, and the story of a doctor’s daily routine today – woven together to compare and contrast the ways in which doctors worked then and now. We have learned that doctors don’t have lunch breaks and they have to see at least 36 patients a day for a maximum of 10 minutes each.

This places incredible strain upon them personally as well as the system of care. This is especially the case when the doctors I interviewed believe, like Dr Sassall, that ‘conversation is the cure.’ The piece doesn’t offer lessons or suggestions but it reflects what doctors think about how to care and in some ways tries to take the pulse of the NHS today. It is still alive and kicking but doctors I spoke to often feel overwhelmed and overworked and need respect for their efforts. 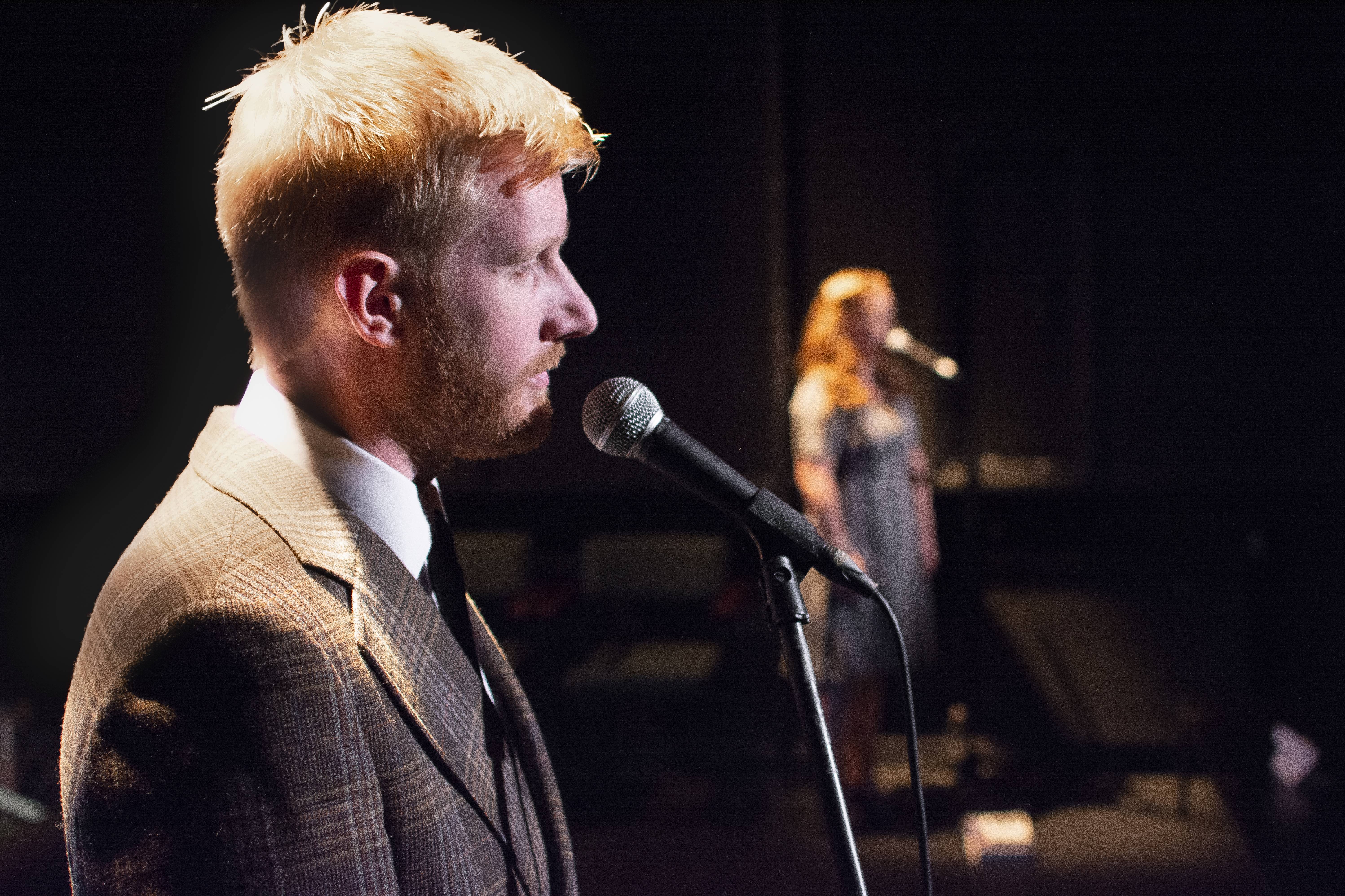 Bakchormeeboy: Why is A Fortunate Man a work that is worth setting aside time to watch, and what do you hope Singaporeans might take away from it?

Michael: I hope Singaporeans will find its adaptation of the book dynamic and innovative. It speaks to those who have read the book and those who have not. We have tried to carry on where the book left off, filling in the years between its publication and the afterword, written in 1999, when Berger tells us about the doctor’s suicide.

When you read this page, it casts a shadow over everything that has come before it and it is in this shadow that our story is told. A story of a country doctor. Of doctors today. More than anything we are working with the voice of the doctor. He only says about 365 words in the book, so it is impossible to adapt in a more traditional way, but everything he says gives us more of a sense of the kind of man he was and whether or not he was fortunate. He says: ‘Whenever I am reminded of death. And it happens every day. I think of my own death and it makes me try to work harder.’ It is impossible not to see this as some kind of prophecy given what we know about his death, but it also speaks of doctors today.

We want A Fortunate Man to have a relevance to an audience now. We want it to be an appropriate tribute to Berger and Mohr’s book and the doctor who inspired it. We want it to bring him to life and applaud his work. We want to make scenes that have the same rhythm as Berger’s text on the page and the same atmosphere as Mohr’s images. We want the audience to feel they have read the book when they leave the theatre.

A Fortunate Man plays from 18th to 19th January 2019 at the Esplanade Theatre Studio. Tickets available from SISTIC