The subject of jogging may seem like an unusual entry point into theatre, but for 50-something year old Lebanese actress and activist Hanane Hajj Ali, jogging is an exercise and activity that awakens the storyteller within her. Directed by Eric Deniaud, Jogging showcases Hanane’s mastery over storytelling as she recounts her daily routine of jogging through Beirut, taking us on what initially feels like a tour of her city that expands into a national reflection on gender and violence in the Middle East. 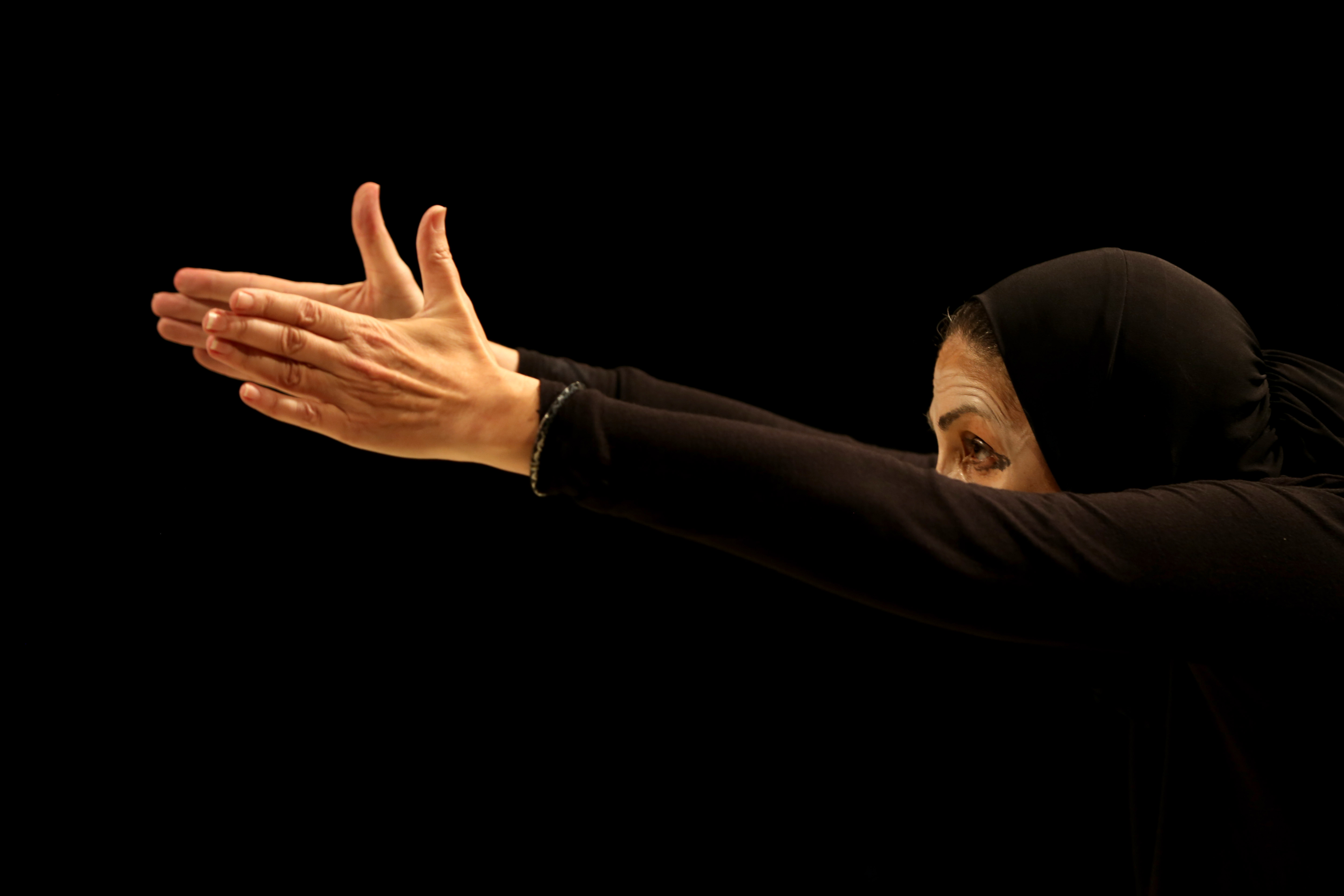 Hanane begins her show, as all theatre does, with a warmup, both physical and vocal. Dressed in a conservative all-black ensemble, with a black hijab, sweater, jogging pants and trainers, she looks exactly the part of a typical middle-aged Muslim jogger ready to embark on her route as she stretches her body. Stretching her vocal chords with a series of glottal words that go from innocent to downright naughty, this exercise establishes herself as a performer we can and should ally ourselves with as she takes delight in her every action, relishing each line. 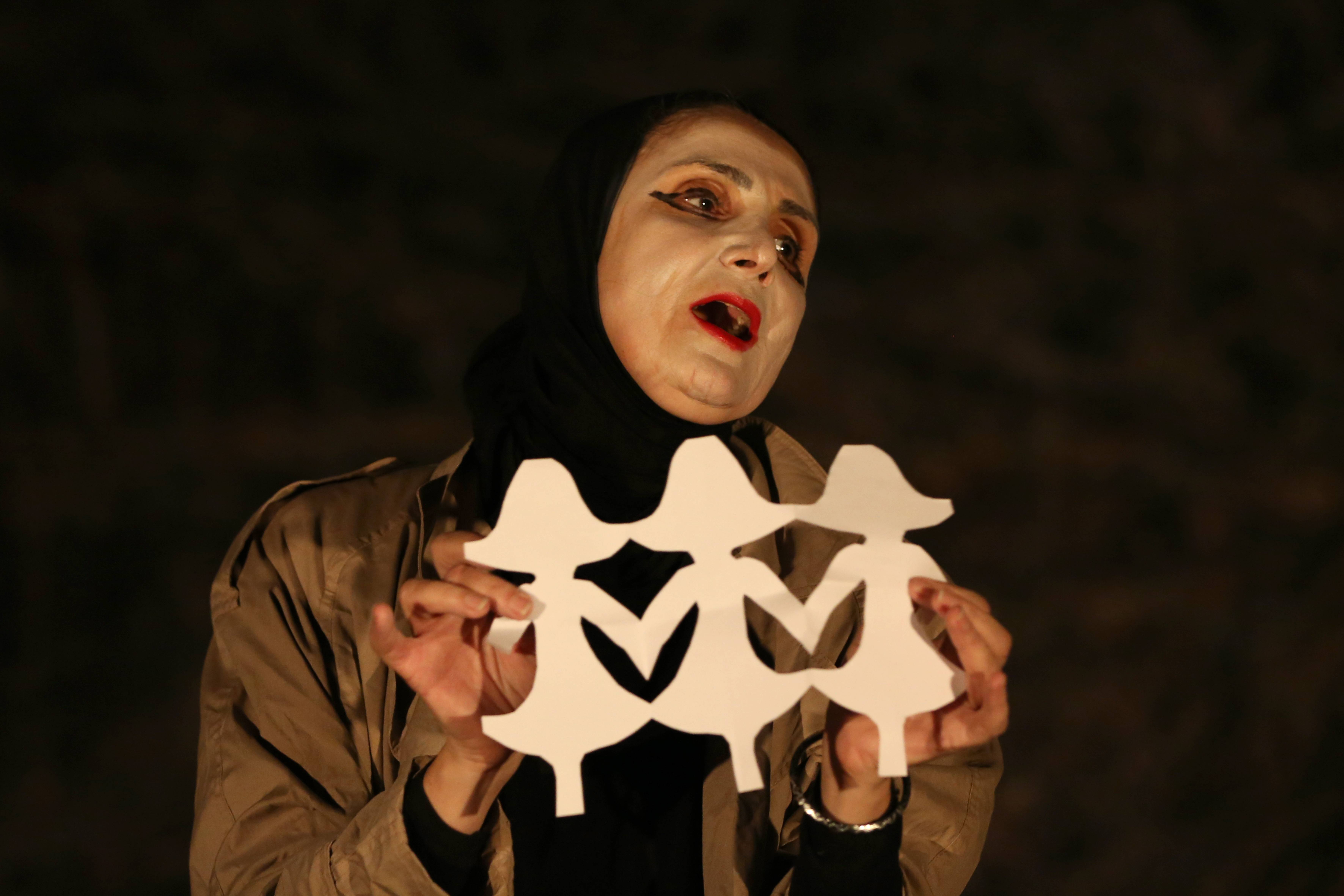 While the Esplanade Theatre Studio as a venue proves to be a little on the large side, creating a distancing effect between the audience and performer for what requires a more intimate setting to reach peak effectiveness, it is to the credit of Hanane that she remains engaging throughout. Hanane’s thoughts often reach into the cerebral, delving into philosophical concepts and references to high art, but as a performer, she makes these accessible simply on account of how quirky the scripting is, and how unabashedly Hanane expresses herself and unveils her vibrant personality, cheekily calling on audience members to assist her in her warm-ups, and even sharing with us an erotic dream she has of a certain local politician. 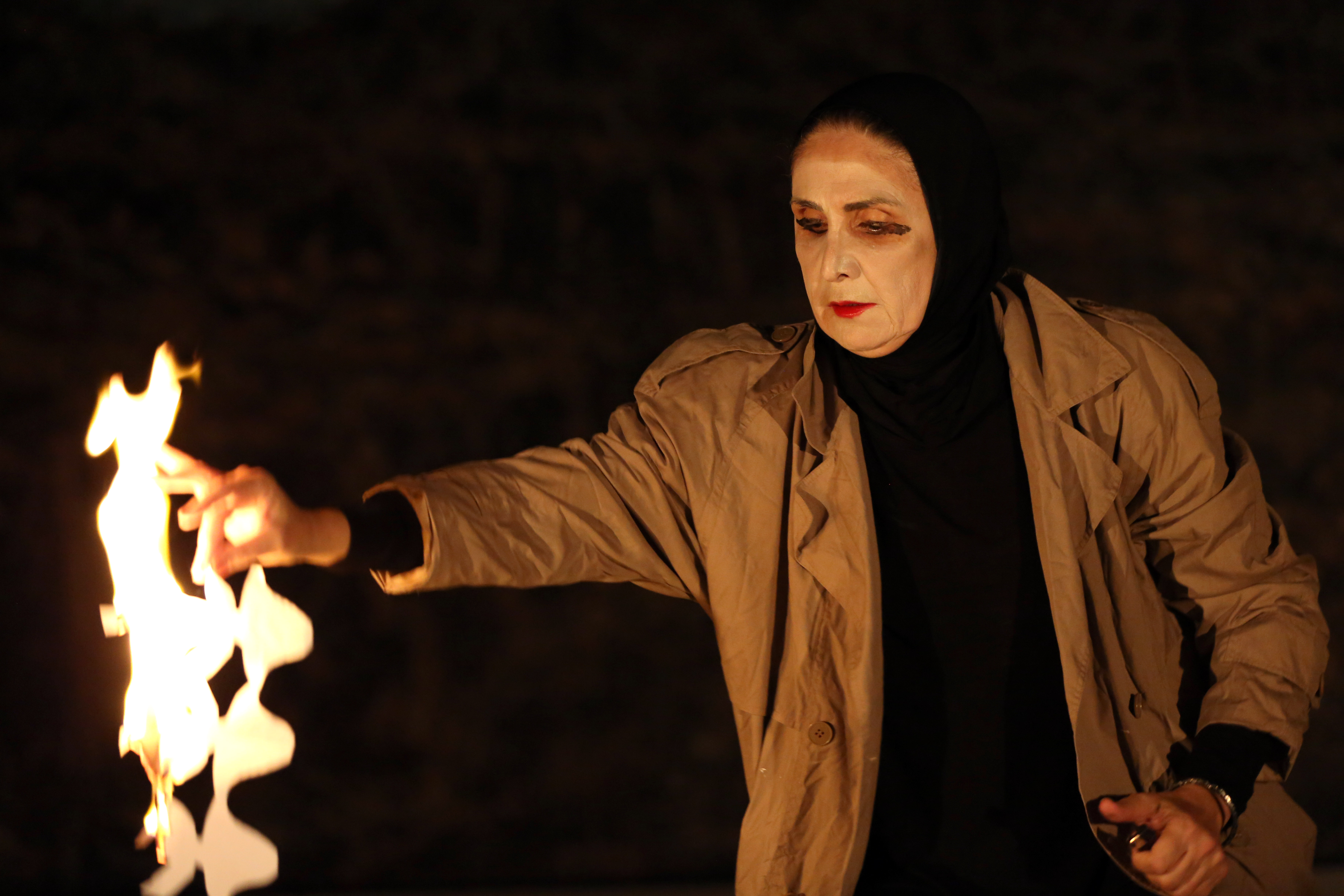 When it comes to cardio exercises, often, the nature of such movements allows for plenty of room and time for wandering thoughts. Such is the case for Hanane as she goes down her familiar route, reflecting on the nature of Beirut as it continually destroys and rebuilds itself year after year. Even when a dove happens to defecate on her eye, Hanane, ever the thinker, uses it as an opportunity to ponder about the nature of language and religion, before seguing into the crux of the show itself. Utilising the Greek tragedy of Medea as a foundation, Hanane’s jogging quickly gives way to stories and accounts of modern Beirut women who have more in common with this vengeful soul than we may initially think, from a murderous mother to a wife betrayed. 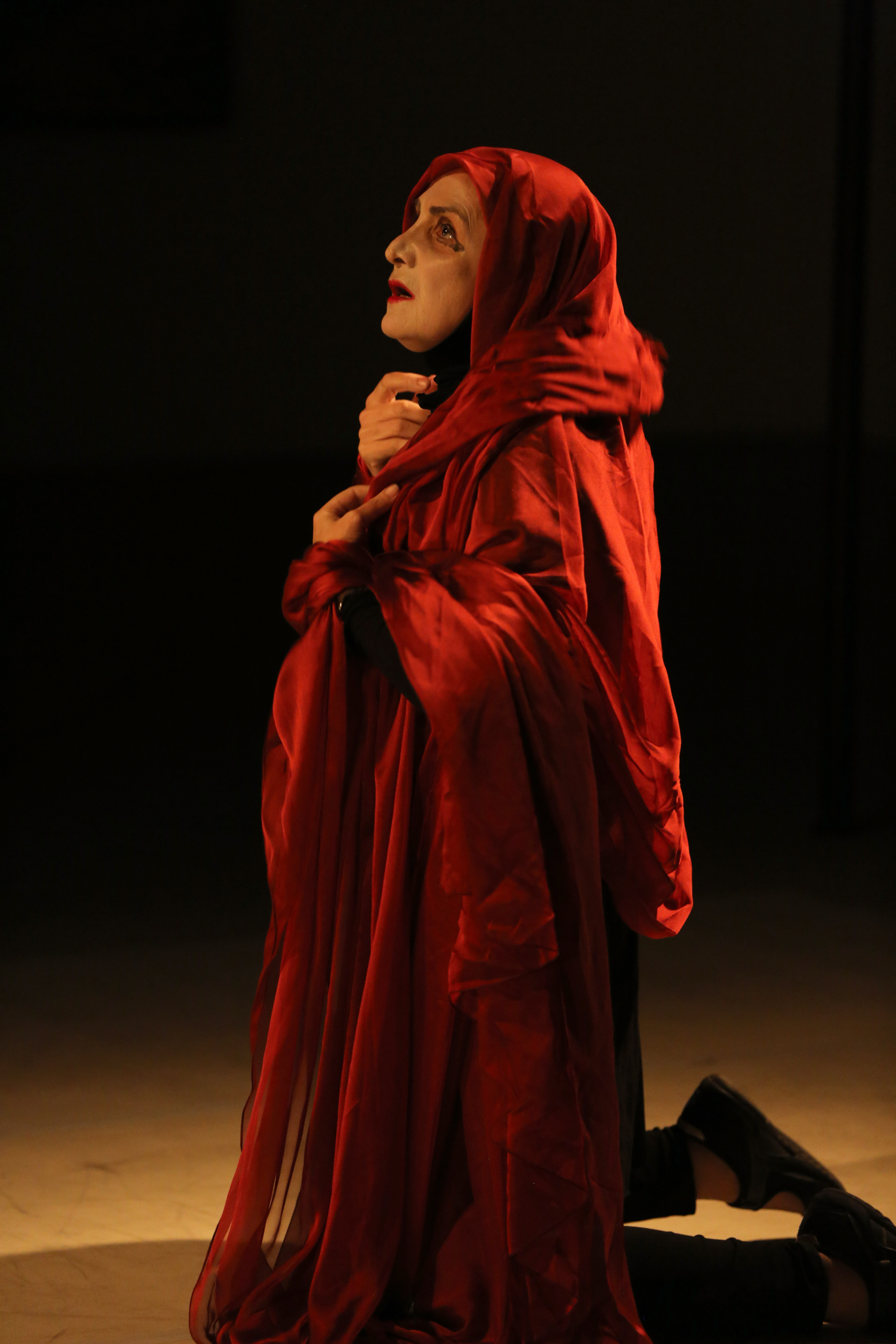 But beyond Medea’s role as villain and child-killer, Hanane attempts to understand each of these women’s motivations for doing what they do, quoting a line from a Warsan Shire, stating that ‘no one puts their children in a boat/unless the water is safer than the land’. It is this idea of the lesser evil, born out of promises broken and dreams dashed that begs the question – ‘Je suis Medea?’ As Hanane covers herself with a checkered cloth, screaming into it at all the tragedy that has befallen these women, we think of the silencing of an entire sex, of how Medea herself had her agency taken away from her, and in her desperation, becomes the controversial figure of myth we know today. 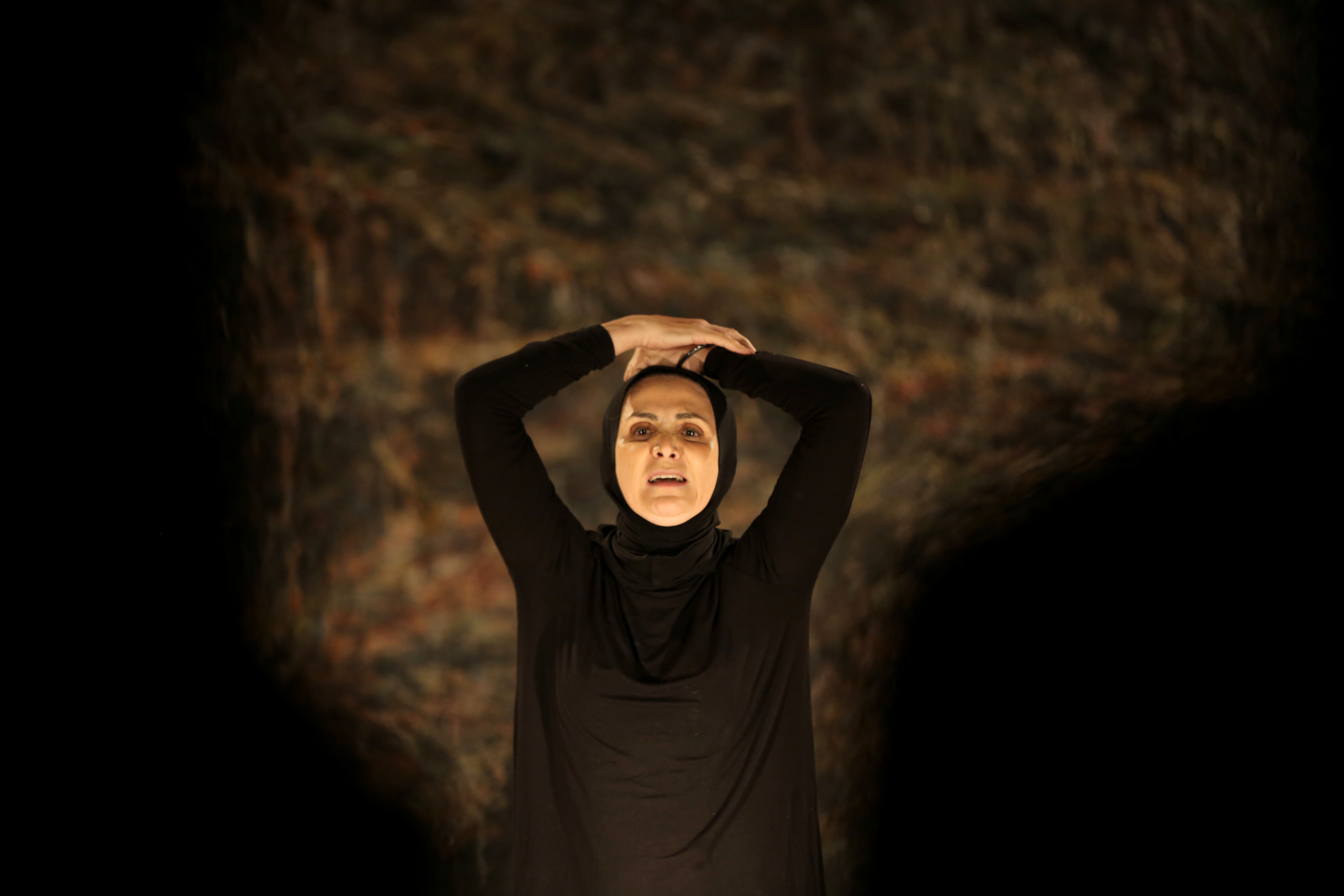 Flanked by giant, twin shadows of herself against strong lighting, Hanane comes to represent the history of oppression and bullying of an entire gender, haunted by these shades of agony that continue to plague women even today. One realizes that the simple act of jogging then, while ostensibly mundane, becomes a symbol of strength precisely through its normalcy. To be able to have the opportunity each day to run freely, deciding one’s own fate, is in itself a form of hope that this place will get better. Hanane ends by expressing her fears, the voice inside telling her to run away and run for her life, yet as the lights fade to black, she defiantly stands her ground, doves tweeting around her as she jogs on forevermore, an activist to the end.

Jogging plays from 16th to 17th January 2019 at the Esplanade Theatre Studio. Tickets available from SISTIC