Dedicated solely to introducing Colombian artists to Asian audiences, the launch of ARTitude Galeria marks an exciting new addition to our local arts scene, bringing with them not only the introduction of established artists collectors and art enthusiasts would automatically take an interest in, but also brand new names and young, up and coming artists to look out for, connecting Colombia with Singapore and vice versa. 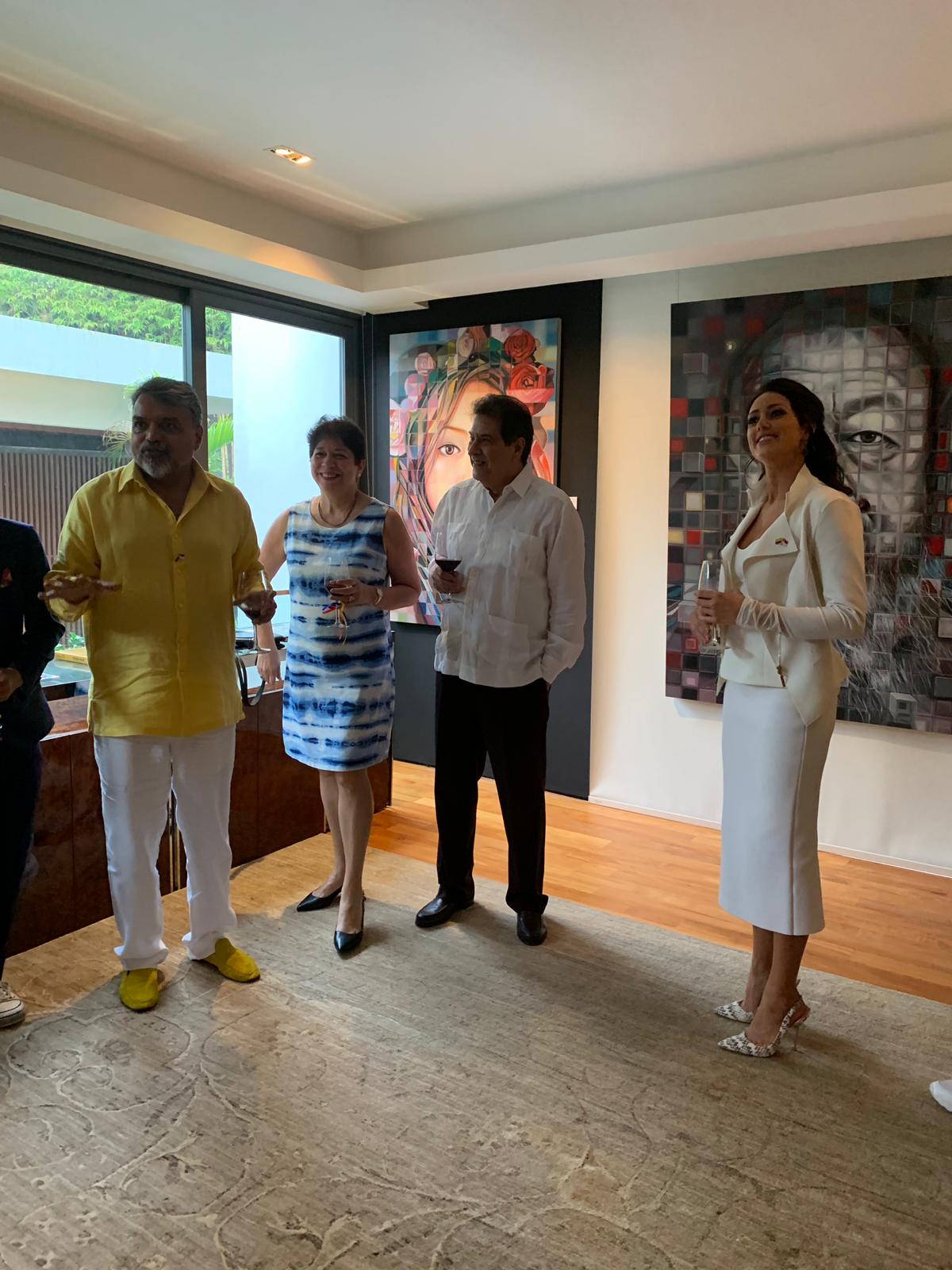 Launching with a series of contemporary works dedicated to magic realism, a concept where fantastical concepts are introduced into scenes of the otherwise ordinary (and treated as natural phenomena), we attended a special viewing of some of these works as gallery owners, founder Holly Turner and Ravi hosted a special private exhibition (and later, fiesta) at their very own house in Dempsey, sharing their love for these artworks with family and friends as we entered what felt like a mini gallery in its own right. And both Holly and Ravi sure do know how to host a party, with a cool atmosphere as we sipped drinks, made conversation and laughed, enjoying being surrounded by the art. 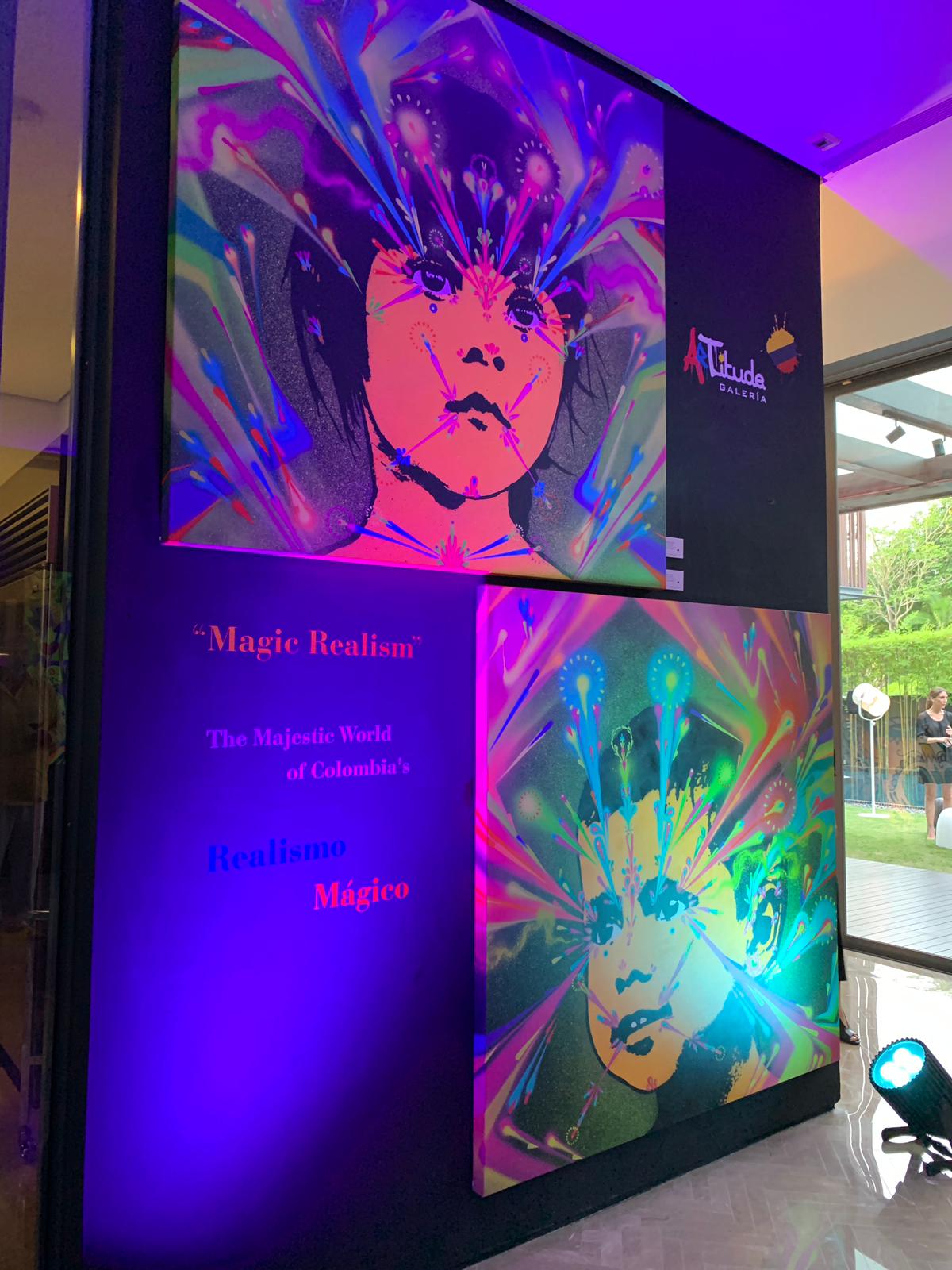 Much of art presented utilises street art tropes and visuals, with many of the artists represented hailing from both Medellín and the capital city of Bogota. In a sense, both Holly and Ravi are elevating the idea that art from the streets  belongs just as much in a gallery as a wall mural, though both of course, should be accorded equal respect and reverence nonetheless. Says Holly: “Street art is all about captures the essence, elements, and emotions, and street artists have this incredible ability to just understand how all these come together into a single work.” 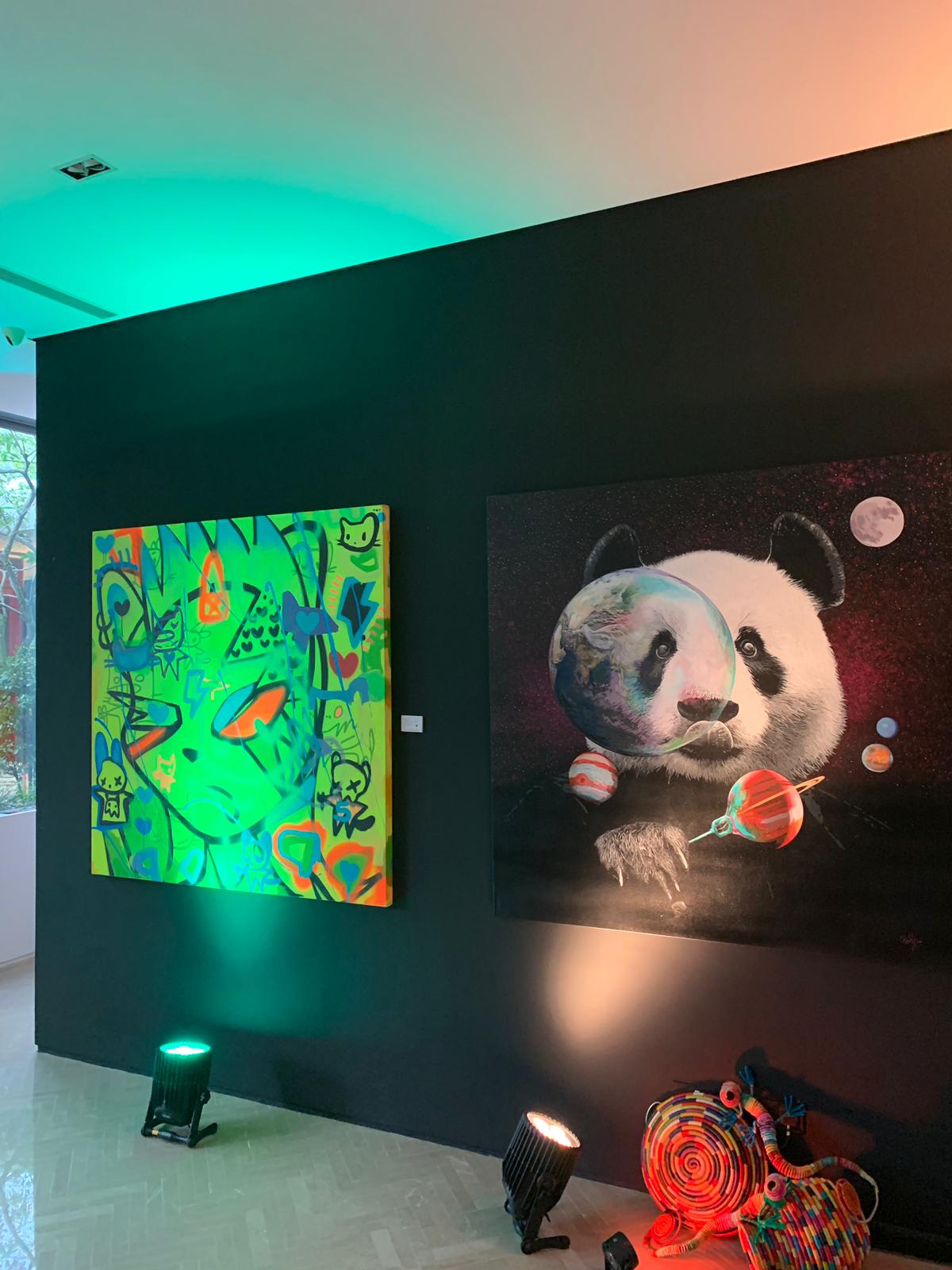 Street art in particular has seen a rise in the growing metropolis of Medellín, once a city caught in the extreme violence of the Narcos wars, but has since been increasingly seen new projects that give public wall space back to its people, a fearlessness in its artists to reclaim their home by adorning it with art that displays their fierce personalities and bear beauty out of social upheaval. 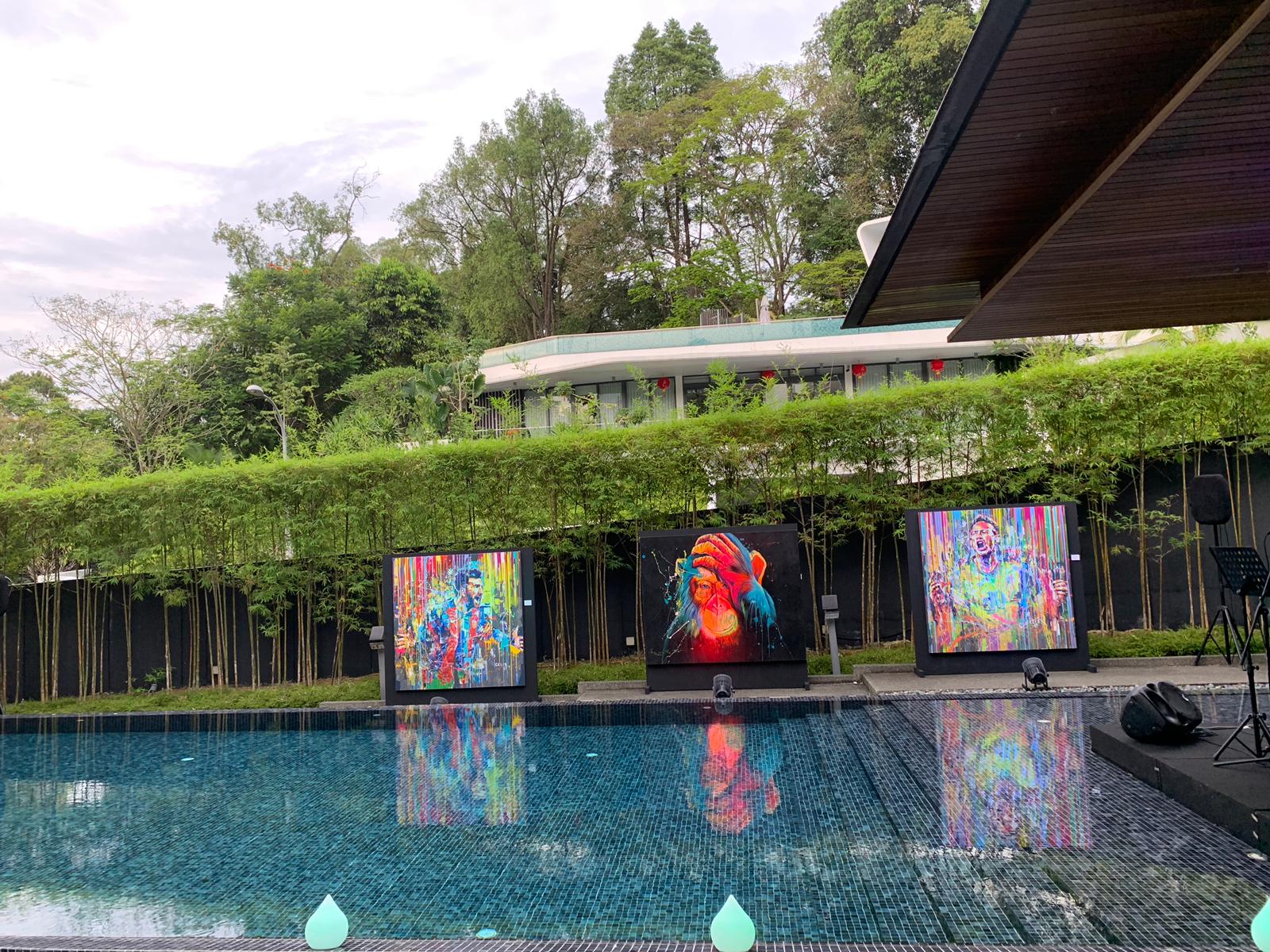 Holly continues: “Out of the chaos of Colombia, you find inspiration of a different kind. Take Bogota for instance – while it’s the capital, it’s still always been known as a rebellious area and one of the more ‘unsafe’ places to reside in or visit. But at the same time, great art is not without great risk, and Colombia has now become one of the most visited countries in the world for its art, inspirational with how its artists capture the emotions and heart of their subjects.” Ravi adds: “Bogota used to consider street art illegal, but after opening it up, look at how literally every part of the city is littered with amazing street art and graffiti.” 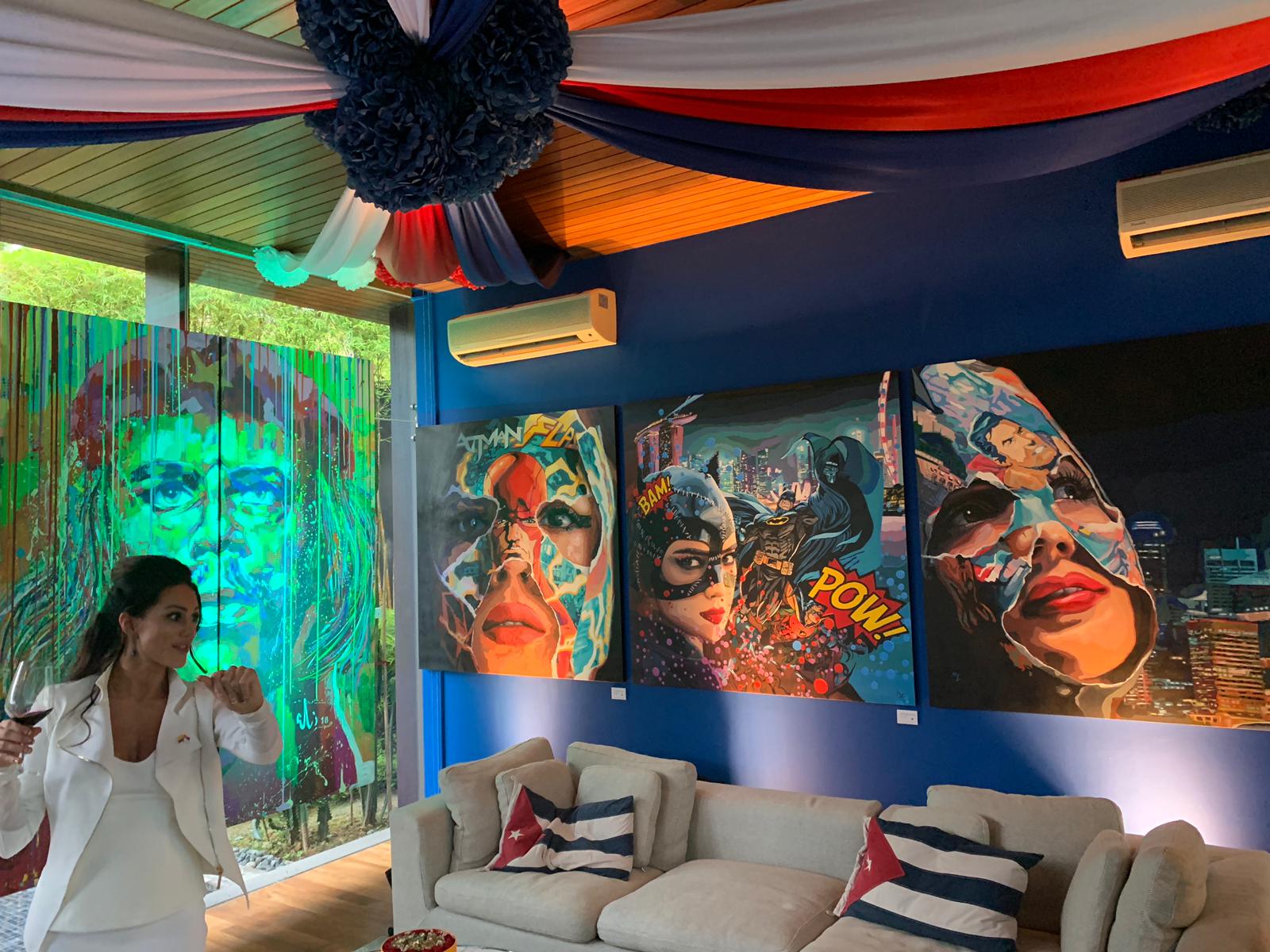 The artwork has been tastefully arranged across different areas within the house, from the outdoor pool area to the nicely furnished living room – one can practically image sitting down on the couch with a glass of red wine in hand, admiring all we’re surrounded by. Elsewhere, a room (affectionately referred to as the “Cuban Room”), from a practical standpoint, acts as a guesthouse room. Artists represented include Walter Zaluaga, Stinkfish, Julia Cesar Parra, Andres Layos, Giovanny Sanchez, Omar Delgado and plenty more. Some of the works even cheekily display distinctly Singaporean twists to them, such as a piece featuring DC’s Catwoman overlooking a view of the Singapore skyline, Marina Bay Sands prominently visible in the distance. 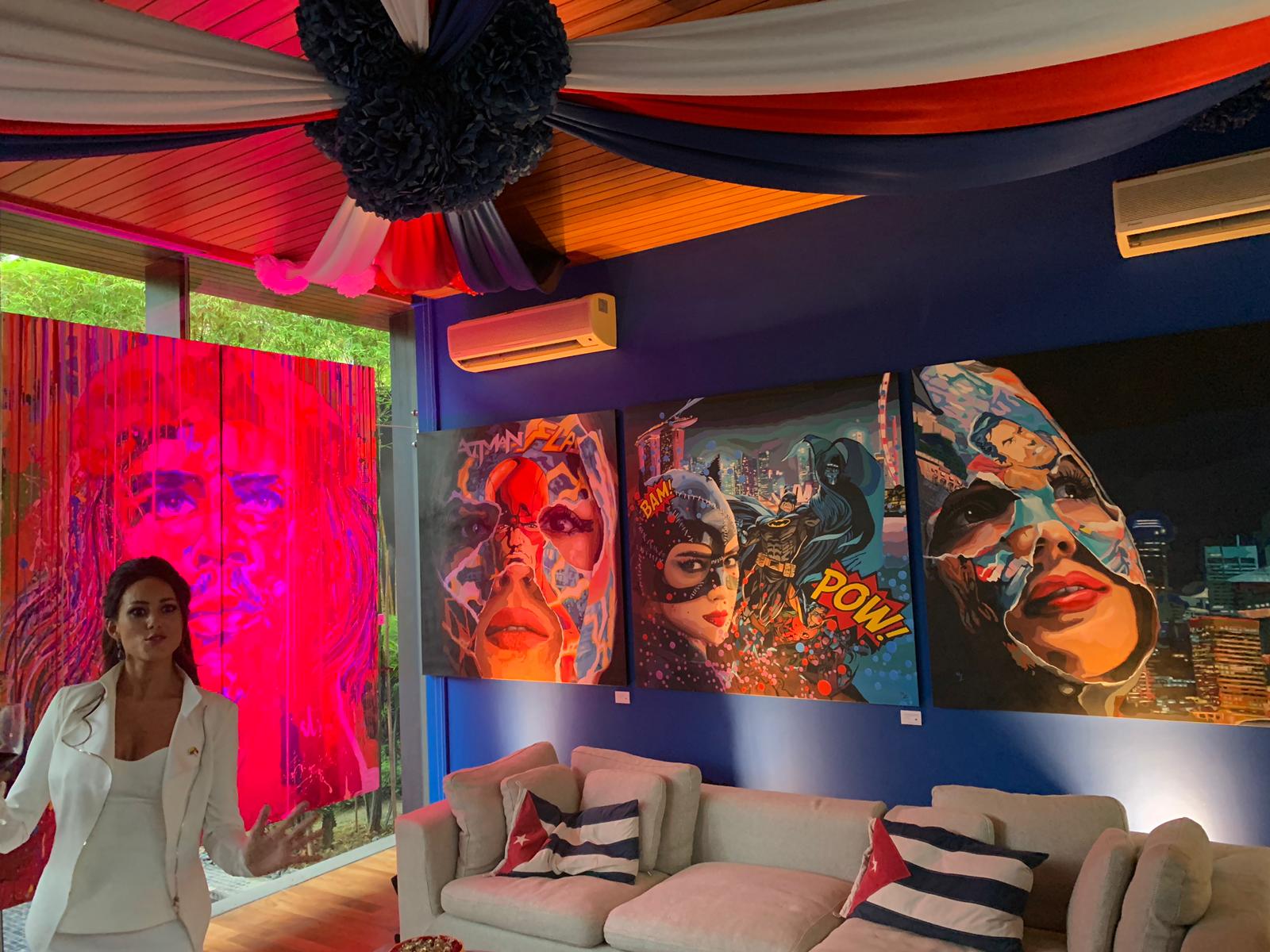 ARTitude Galeria also introduced the media to an interesting character – local street artist Zul Othman, better known as ZERO, whose works have been featured as murals at events such as ARTWALK Little India. Meeting him in the garden, ZERO expressed the difficulty of being a street artist in Singapore, revealing his goals of wanting to incorporate the Singapore narrative into his art, with portraits and hands in particular as a recurring motif. Commenting on why hands, ZERO says: “Hands basically represent an artist’s livelihood – everything I do, I do with them. Even if one day my hands were to become useless, I’d still do everything in my power to make art with the rest of my body.” 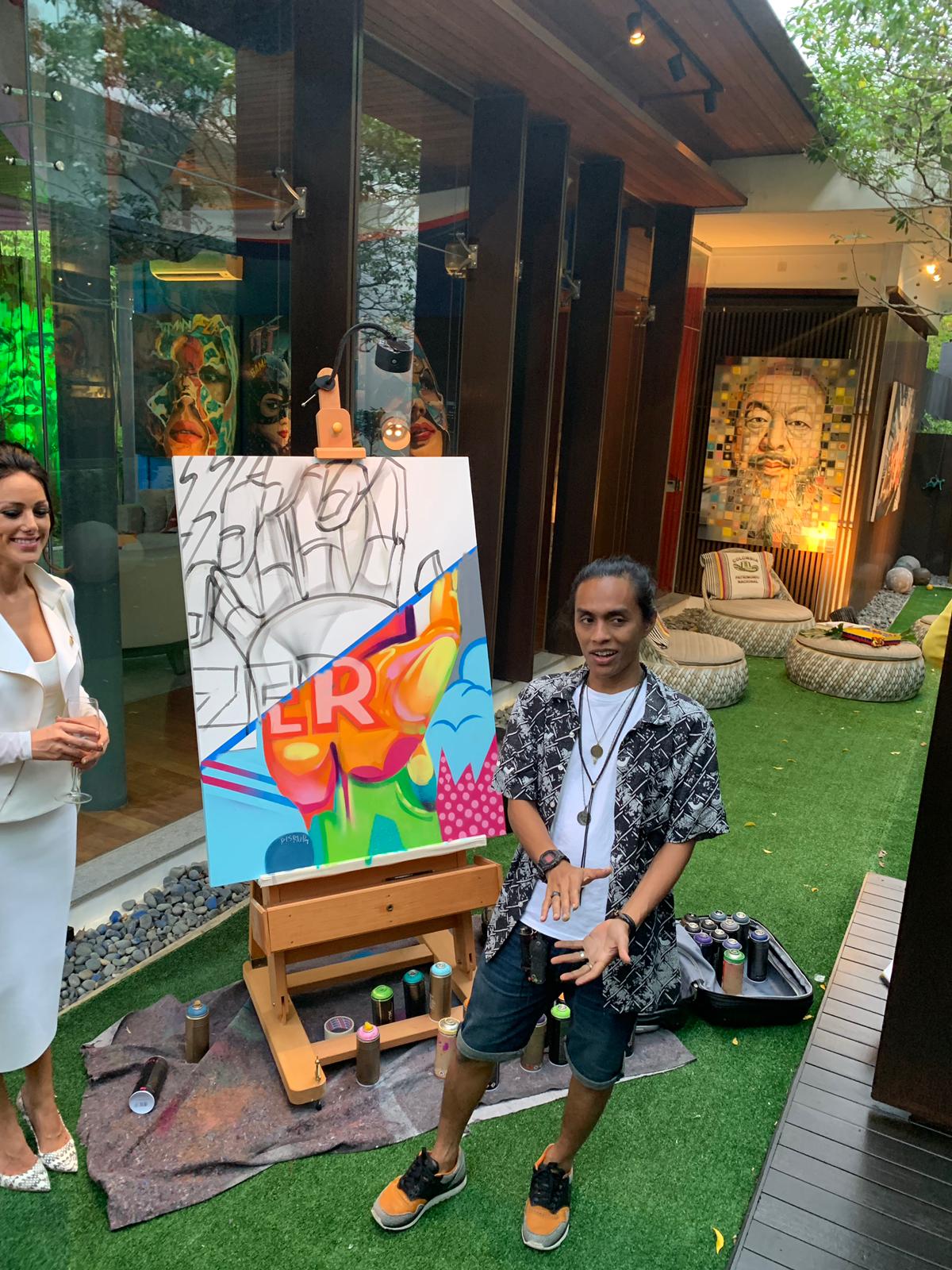 Hardworking, humble and dedicated to his craft, ZERO also revealed his desire to eventually be able to regularly showcase his body of work both locally and overseas. Says ZERO: “Even though it’s quite hard to do my kind of art in Singapore, I’m still here. I could easily run away to South America where the scene is already far more fervent and developed, but I want to stay and fight for art, fight because I believe in the scene and for my kids to grow up in a world and a country where they can do what they want and make they art they want to, and so I’m still here.” 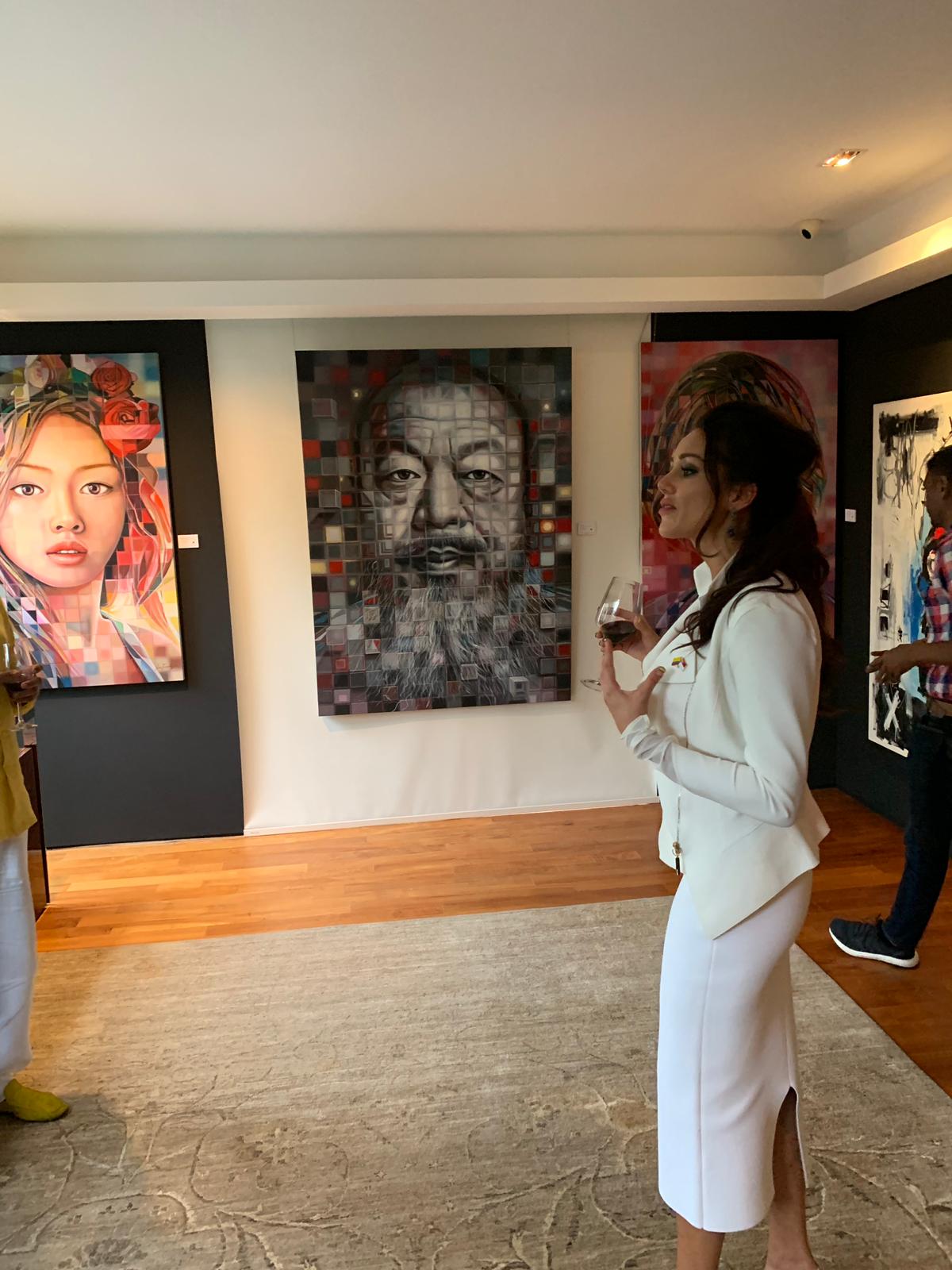 It’s clear to us why Holly and Ravi have become so enamoured by this passionate young artist as he continues to fight to give a voice to our artists, and why they have decided to commit themselves to supporting him, even revealing that they have plans to bring him to South America to showcase his work on a global platform, believing completely in him. 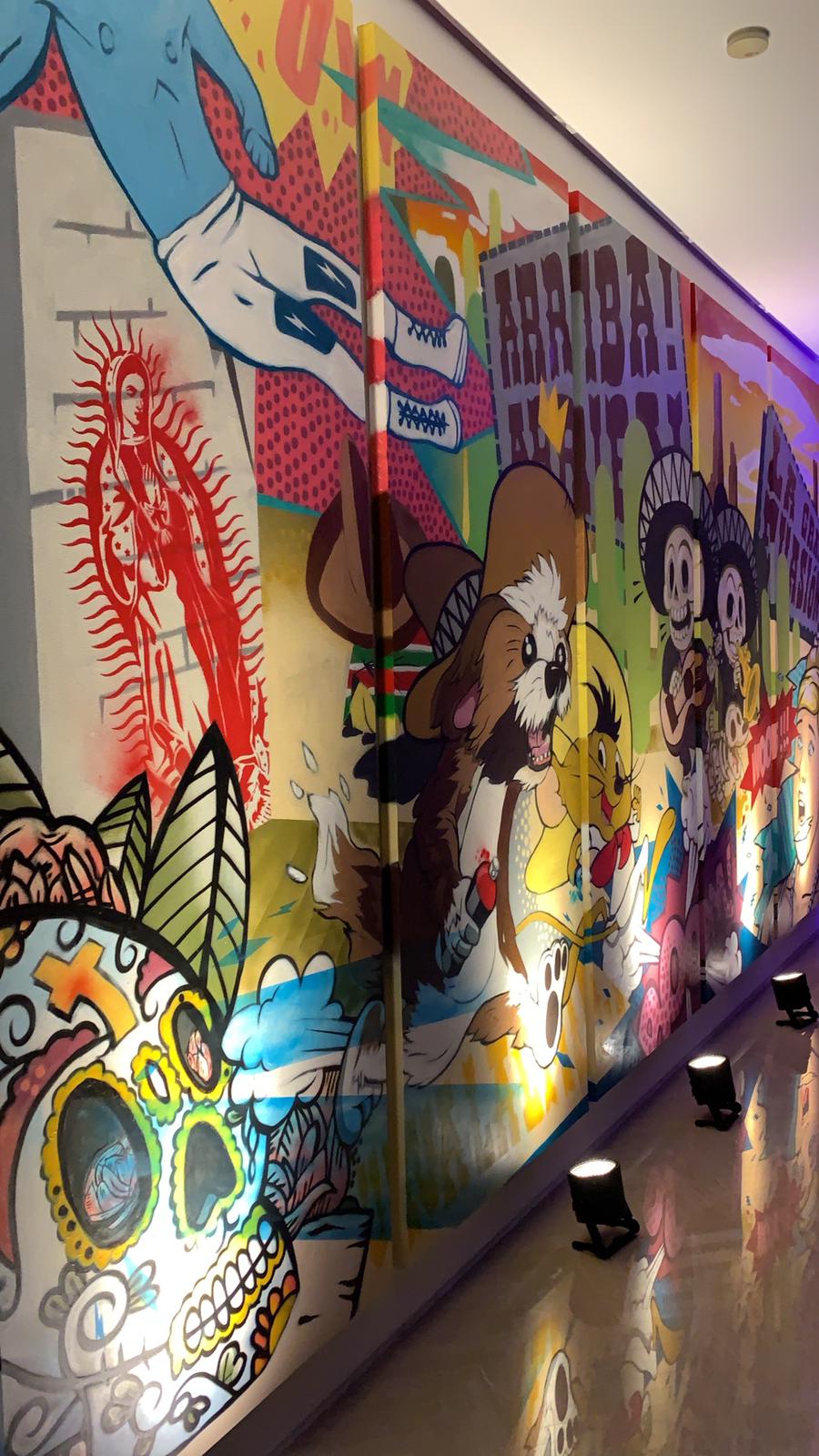 Both Holly and Ravi are evidently very much emotionally invested in what they do – beyond seeing it as a business, it is also a platform to push these artists’ careers even further, to build up a community of street artists and develop their craft, with their work not only coming together to represent Colombia, but also to represent a spirit of creativity, a hunger for success and to deliver strong social messages to a the masses. A wonderful introduction to Colombian art that makes us want to visit it just for the sake of walking amidst its streets and finding such powerful visuals in the everyday, we’re convinced that ARTitude Galeria has the right attitude towards making their art scene flourish, and look forward to continue seeing the new works and artists they bring in in future to add a little magic to our realities.