A Definitive, Alternative, Reclaimed Narrative of a Native?

In a decidedly different version from the one staged by Teater Ekamatra in 2016, Nabilah Said’s ANGKAT gets a new lease of life with this brand new script and production directed by Noor Effendy Ibrahim. ANGKAT retains two characters from its previous rendition – tudung makcik Mak (Moli Mohter) and her adopted daughter, the beautiful and distinctly ‘ang moh’ Salma (Shafiqhah Efandi), whose mother-daughter relationship is partially what gives ANGKAT its title (which can refer to ‘adopted child’). 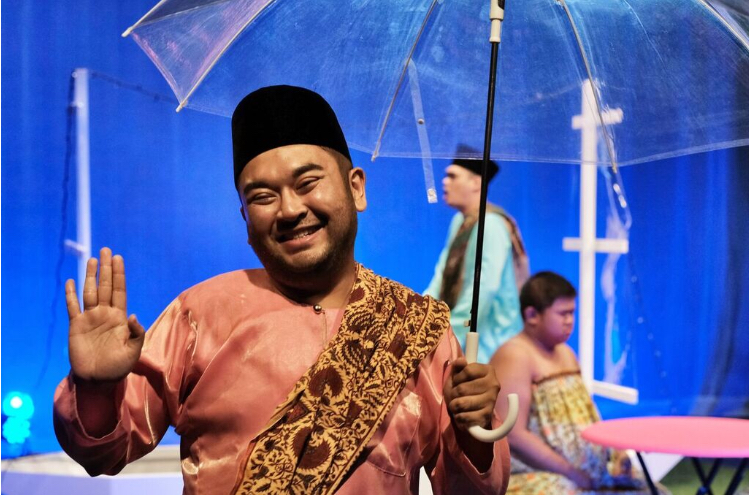 In ANGKAT, Salma joins reality singing competition National Idol (a thinly veiled reference to the now defunct Singapore Idol) in the hopes of emerging champion. All she wants to do is sing, but her position as a person not born in Singapore and an adoptee sets her up for controversy. Things only get more complicated when she sings vintage song ‘Singapura Waktu Malam’ during retro week, including a line that refers to Singapore becoming more prosperous while in Malaysia, threatening to incite cross-country riots and disputes as voting opens up to our neighbours across the border. 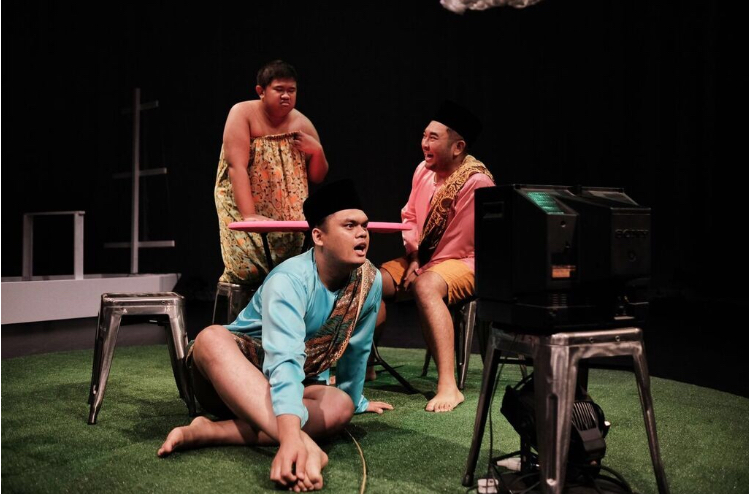 That narrative alone would already provide plenty of rich material for a single play, but playwright Nabilah goes one step further and attempts to weave in a larger, historical cum national narrative of Mak losing her own identity as she loses her home from the mainland, seemingly taking place before Salma’s adoption. This is by far the less straightforward narrative, made more complicated by the introduction of three additional characters (played by Adib Kosnan, Hafidz Abdul Rahman and Izzul Irfan) whose roles are never clearly defined and act more akin to a Greek chorus than a driving force of the narrative. 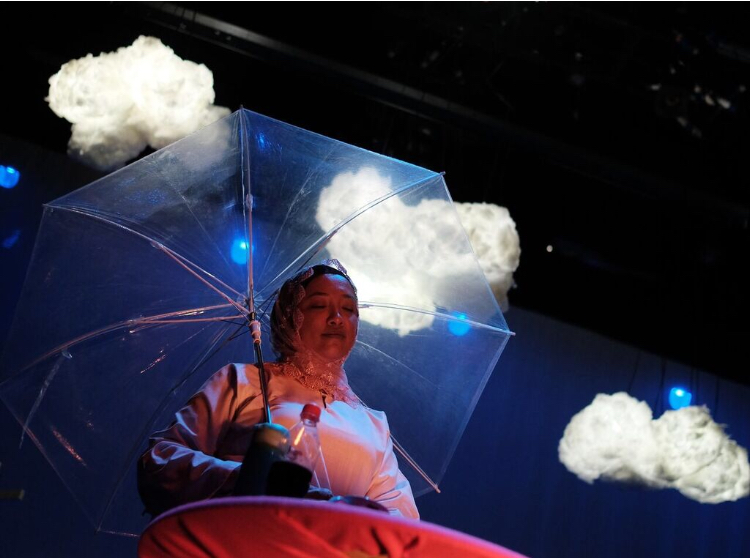 While Mak’s scenes are certainly beautiful, owing to the set’s use of fluffy clouds to convey thunderstorms and an impressive, actual white boat (on wheels) characters roll around the stage, for the most part, Mak’s storyline feels underwritten. Abstract to a fault, her world is plagued by magic realism, encountering ghosts, raging storms, ancient tablets, a speaking lion and even a strange spirit who gives her a baby to take care of. These elements more than bloat the already ambitious play, and serve to distract rather than shed light on the bigger issues of nationalism that Nabilah appears to be trying to bring out. 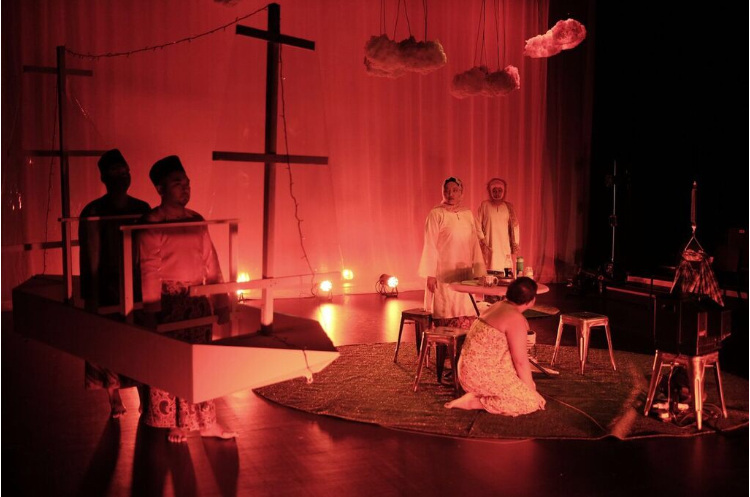 ANGKAT is in fact at its strongest during its naturalistic scenes, of which there are few and far between. These come in the form of interactions between Mak and Salma, the only genuine relationship we see throughout the entire play as Salma reflects on her increasingly difficult relationship with Mak as she ponders over her identity as a ‘Malay’ woman due to her complicated ancestry, with her character’s struggles the most interesting exploration of Malay-ness and its definition throughout the entire play. Shafiqhah Efandi is a criminally underrated actress, and even given the briefest of lines, manages to evoke a genuine sense of closeness in her onstage chemistry with Moli Mohter; one can only hope to see her star continue to rise in future productions. 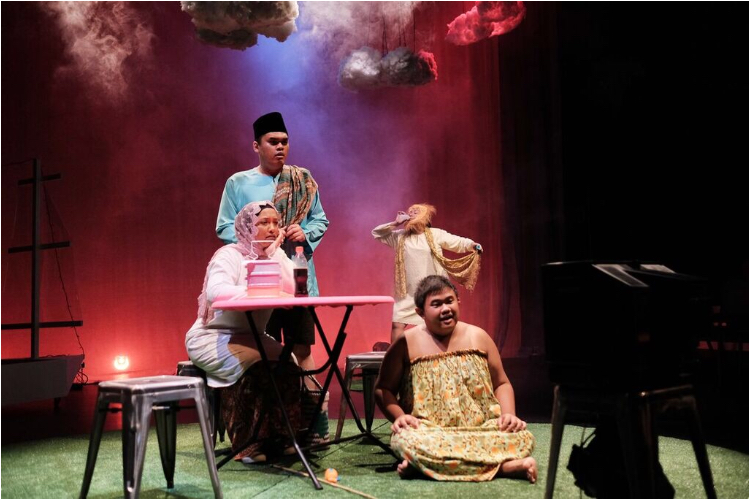 Salma is by far an incredibly compelling character, and ANGKAT is guilty of failing to capitalize on her, seeming to only scratch at the surface of her issues. By extension, this is a production that mentions many of its themes to a shallow extent but never plumbs their depths enough to really leave an impact on audience members. While certainly, one applauds it for its vision, ANGKAT’s final product falls short of that, forgetting to evoke the human element necessary to draw audiences in and instead, obsessing over trying to make as many vague points as it can about identity, both national and person. What ANGKAT ends up feeling like is a play that attempted to cover far too much ground, winding up with characters that act more like a vehicle for themes and messages rather than the genuinely powerful play it has potential to be.

ANGKAT: A Definitive, Alternative, Reclaimed Narrative of a Native played from 24th to 26th January 2019 at the NAFA Studio Theatre. Tickets available from SISTIC