but precisely what is the purpose of this piece?

Adapted from a collage of texts by Haresh Sharma, precise purpose of being broken presents 9 excerpts from the award-winning playwright’s most obscure texts, some of which have never been published or even performed.

Directed and conceptualized by Koh Wan Ching, the multi-lingual movement work presents a collection of varied characters who are each broken in their own way, each existing in discrete and specific universes, yet seem to share a common understanding with each other that they might bond with each other if they ever met. With precise purpose of being broken then, they revisit scenes of their past, coming together as they explore their collective memory and spaces familiar yet wild. 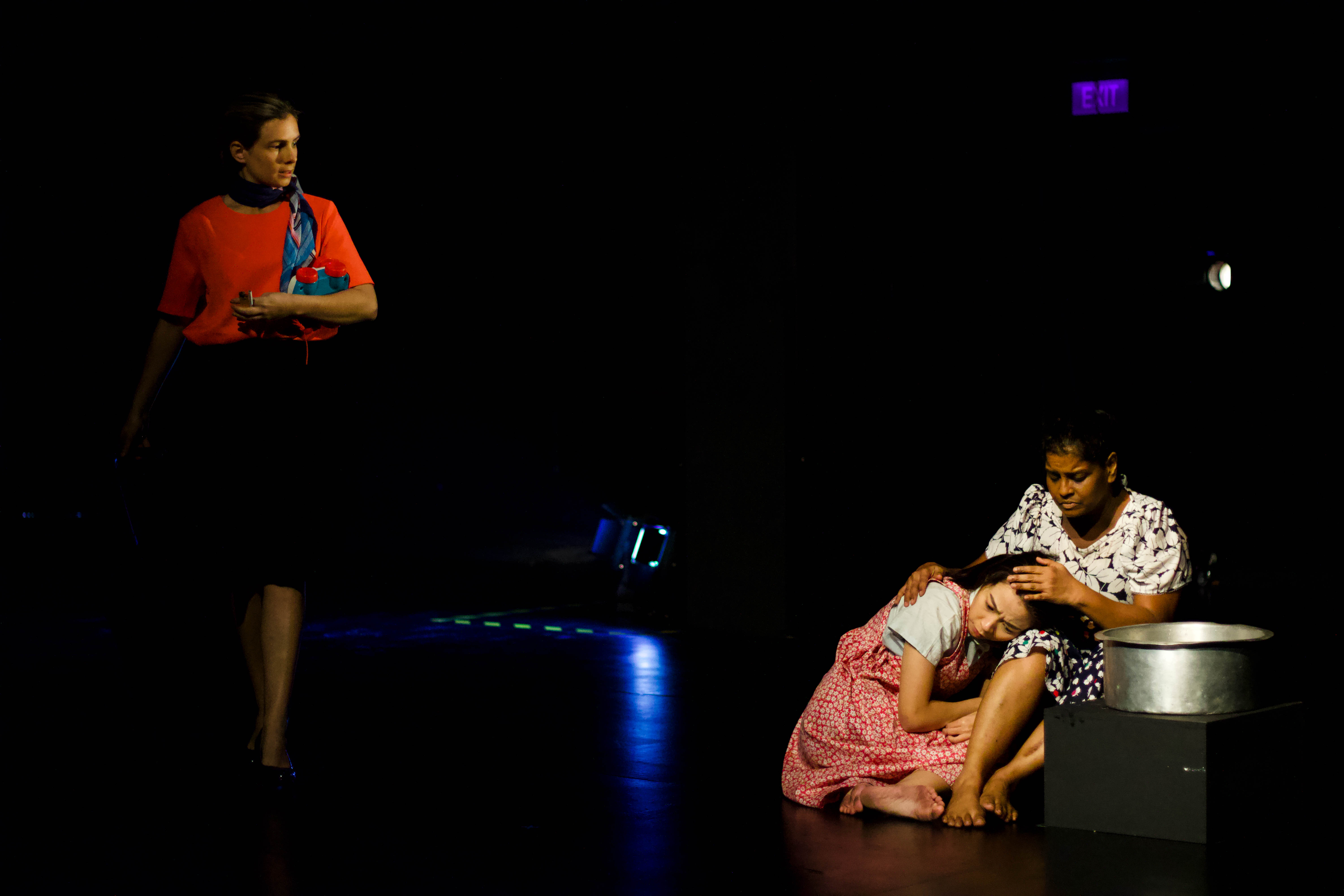 The texts selected in precise purpose of being broken have interesting premises to say the least, covering elements of both the historical and fictitious, from an Indian woman (Grace Kalaiselvi) and her adopted Chinese daughter (Wendi Wee Hian) during the Japanese Occupation, where Grace paints a screaming Wendi’s face black to hide her race and avoid being raped by the Japanese soldiers, to taking inspiration from the Scottish legend of the Selkie, the entire cast playing beautiful seal women who are trapped and imprisoned by a human man when he steals their magic hide. These are stories of women who have been undermined, the women on the margins of society, who face rejection, loss and even death in their tragic lives. 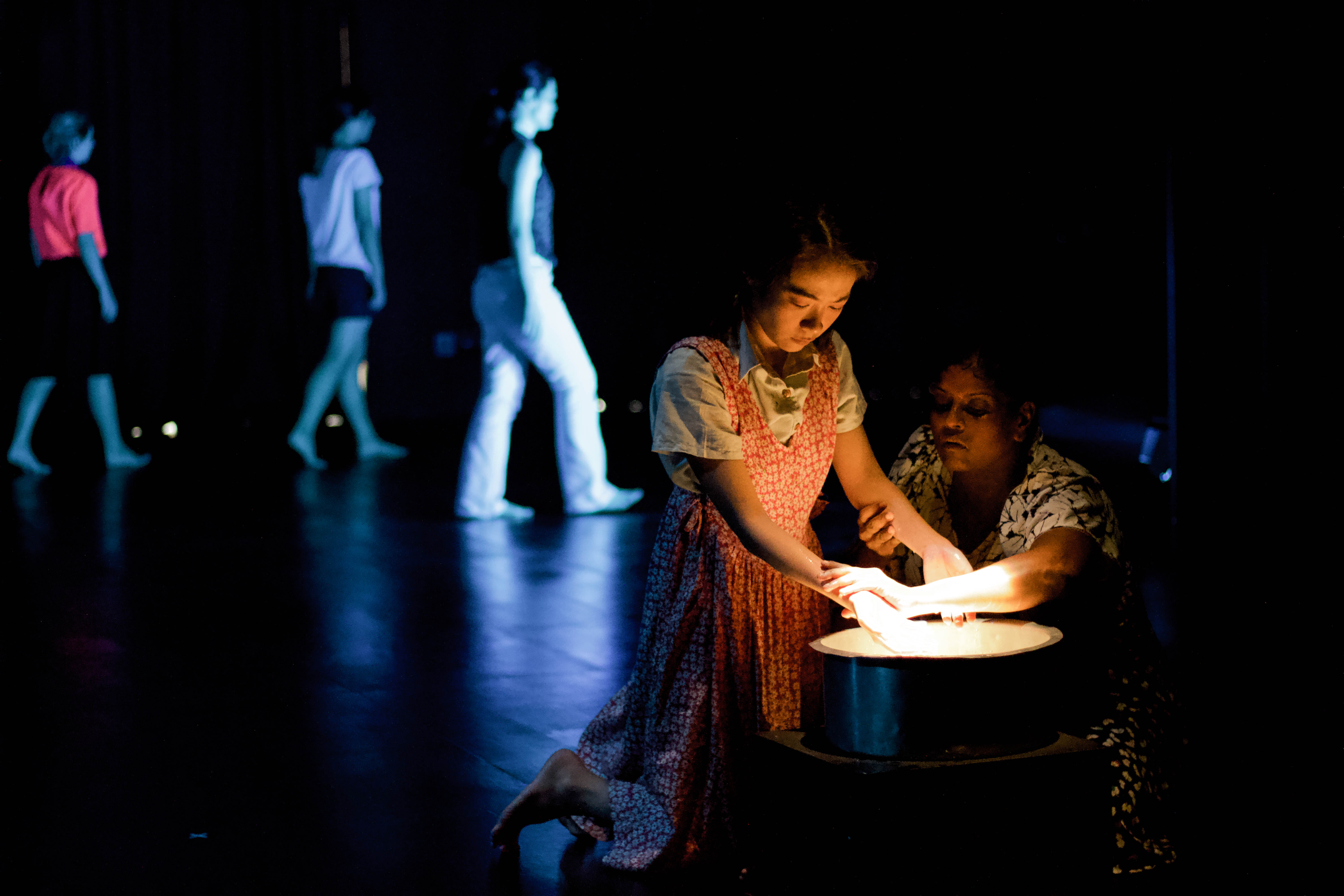 While conceptually ambitious, director Wan Ching lacks the execution necessary in delivering her vision. The talents of the strong cast of Chelsea Crothers, Chng Xin Xuan, Grace Kalaiselvi, Lina Yu and Wendi Wee Hian are largely wasted on entire scenes that use voiceover instead of live performance, relying on subtle moods and nuances to bring out each scene’s meaning instead. Even then, the connections Wan Ching claims to be present in this work are largely murky, with each piece still feeling distinct and separate from the last, existing as independent scenes that neither have enough power to convince us of their significance.

Directorially, certain artistic choices only serve to alienate rather than endear us to each character, be it the decision to use Tamil surtitles for a monologue in Tamil, or a cascade of water bottles that rain down from the second floor of the Annexe Studio upon the selkies; their legs wrapped up in plastic themselves, perhaps attempting to make a rather ambiguous point about the pollution of the oceans. These images and visuals are disparate, disconnected, bringing across the idea that the little moments we experience in life border on absurdity and futility more often than not. 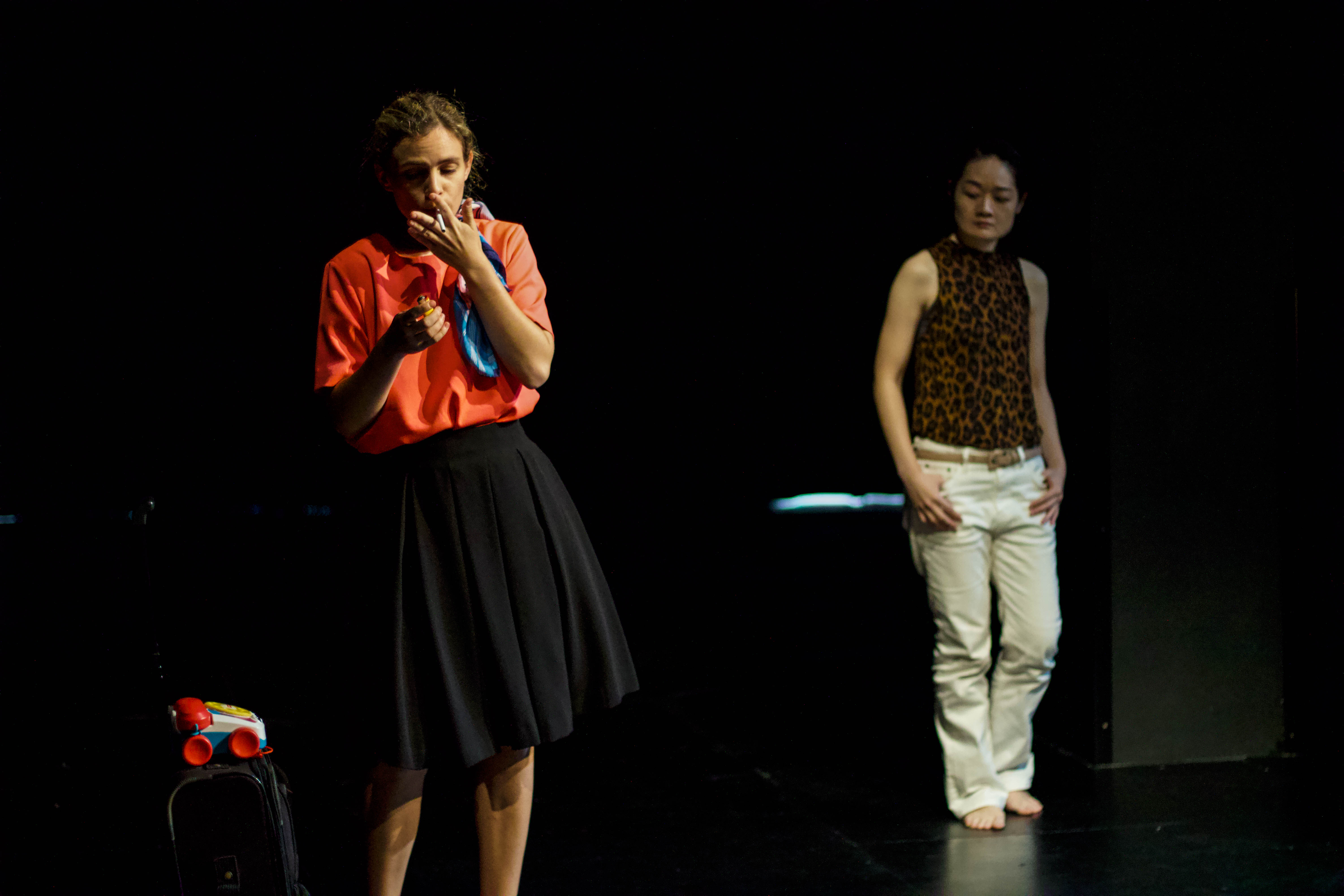 Perhaps what precise purpose of being broken is trying to present, in a way, is how suffering is universal (at least amongst women), and often, the feeling one gets from experiencing such suffering can feel so utterly ridiculous, the only way to overcome or let go of them is to imagine ourselves as living in a fantastic, absurd universe. But ultimately, there’s good reason why so many of these playtexts were shelved in the first place, and this attempt to revive and reconstruct these B-plays leaves us feeling hollow and broken instead, questioning the readiness of what this piece hopes to actually achieve through its form.

precise purpose of being broken played from 24th to 26th January 2019 at the Esplanade Annexe Studio.