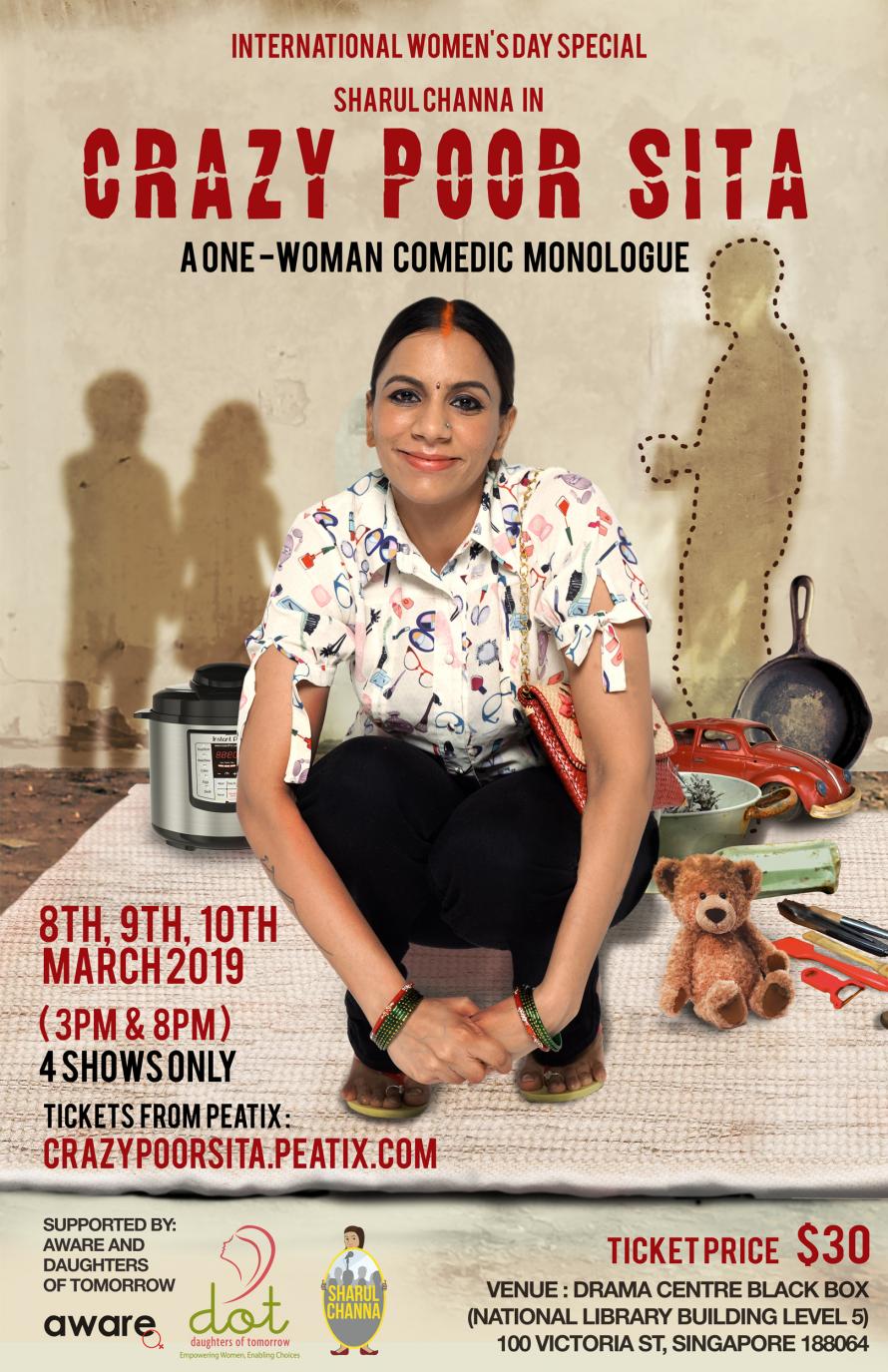 Comedian extraordinaire Sharul Channa may be better known for her acid-tongued acerbic wit and jabs, but last year, surprised us with a series of dramatic monologues presenting the stories of various women in the Indian community at Kalaa Utsavam 2018. Now, Sharul is back to kickstart her 2019 season with a brand new show that continues to build on that craft, with Crazy Poor Sita premiering in March.

Coinciding with International Women’s Day, and supported by Singapore’s leading gender equality and disadvantaged women support groups AWARE and Daughters of Tomorrow (DOT), Crazy Poor Sita’s title puns on a certain film about rich Chinese Singaporeans, but has little to do with it apart from also being set in Singapore. Taking on the role of the eponymous Sita, the one hour monologue then highlights the plight of women from low-income families and their struggle for survival. On her role, Sharul explains: “Sita is completely different from anyone I’ve played before because she comes from such a different class. Sita represents every low income woman in Singapore who is struggling to make a living. She comes from the milking industry in Singapore, way back when people would supply fresh milk by milking cows. But when the government clamped down on that, because of the potential health hazards, they moved everyone to Yio Chu Kang.” 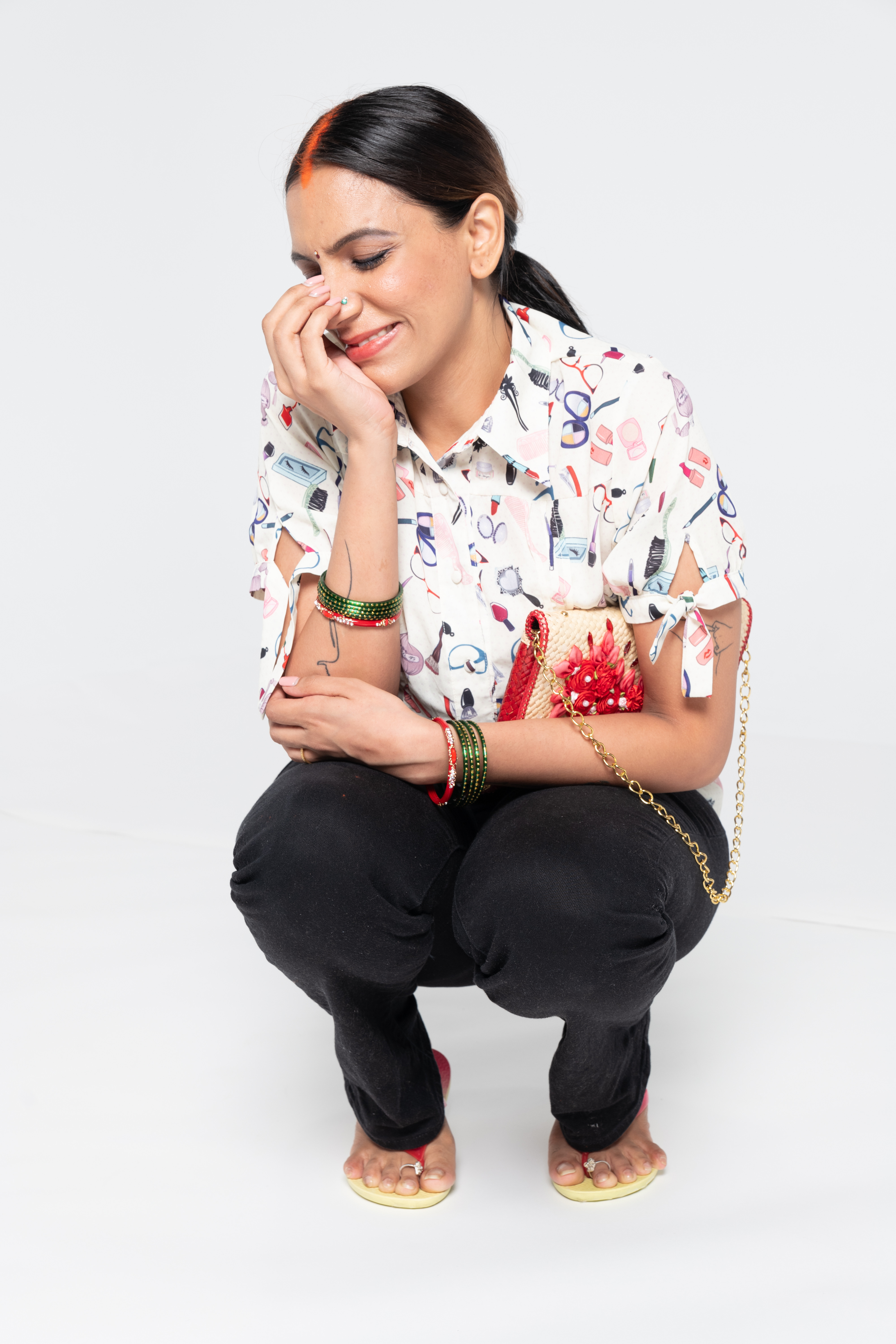 “Most of these people had no skills besides milking,” she continues, “with education only up to ‘O’ Levels and winding up having to do odd jobs. Women in particular weren’t known to go out and look for jobs, so they’d end up packing nasi lemak, doing henna and so on. Sita though, her father ends up marrying her off to someone within the same community, locking her into poverty with an alcoholic, abusive husband who’s in and out of jail, and two children to take care of. With overcrowding at both her parents’ and in-laws’ place, she applies for a rental flat, and struggles to get government funding for childcare and searches for a minimum-wage job.”

“What’s so different about Sita,” Sharul adds, “is that I’ve always played middle class women, but you see, Sita isn’t just poor, she is the poverty line. Her clothes come from under the block, she’s earthy and intelligent in completely different ways, like the science of how to bathe with just one pail of water. Her whole life is Earth Hour! Her world is so different from ours, and her brand of comedy comes from how absurd she finds the world of the crazy rich, or even the middle class. If she’s working at a department store for $7 an hour, and she sees these rich women walk by and use aloe vera gel to clean their hands, she laughs because it’s just so inconceivable to her. 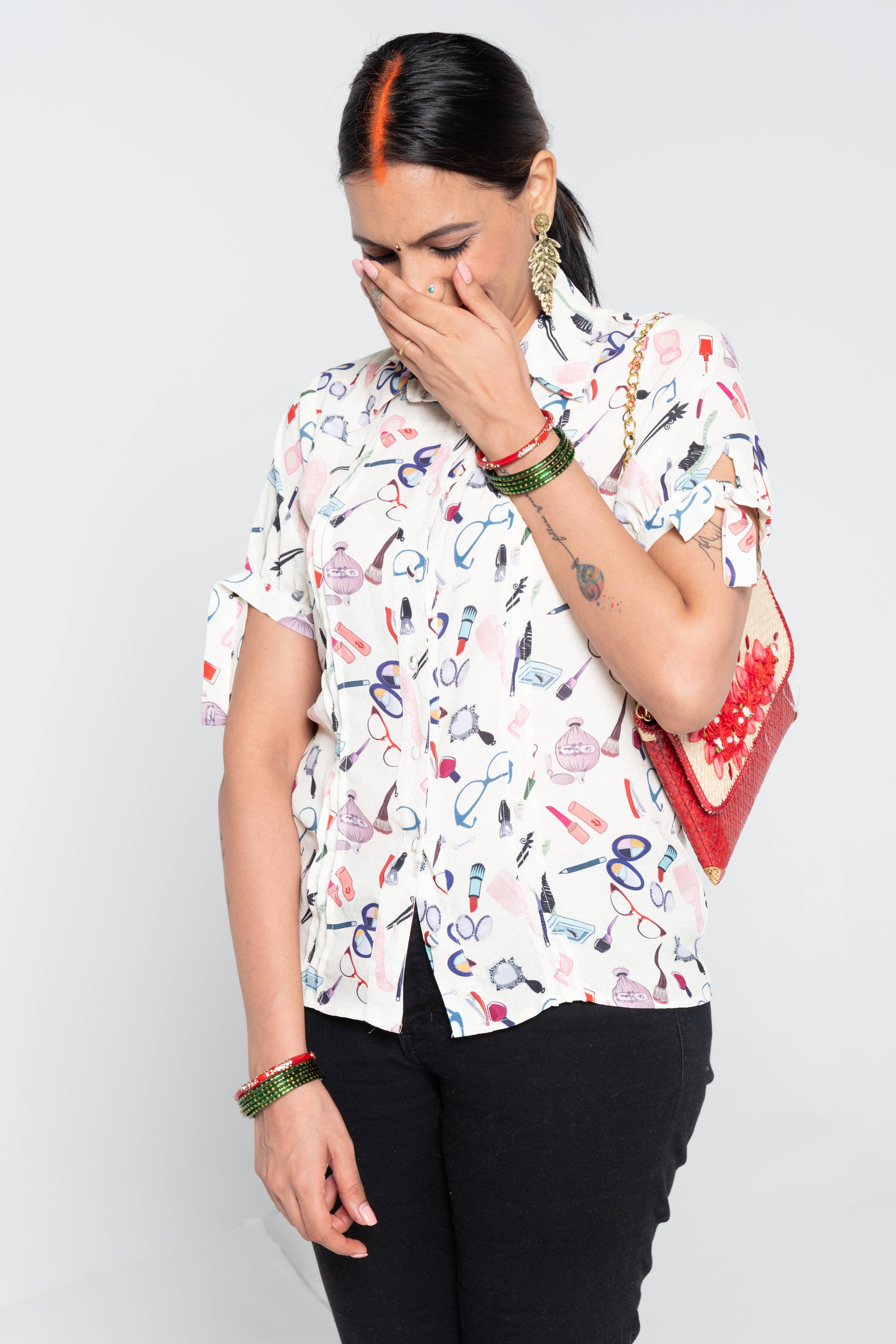 Of course, Sharul isn’t simply creating the character out of thin air, and has done her due research speaking to actual people and hearing them out. Says Sharul: “Every day I’m meeting someone new, and I learn new things, become more conscious about the world I live in. I realise how much I take my life living in a nice condo for granted sometimes. I don’t have to be like Sita, who doesn’t even dare tell people her relationship is falling apart, or that she’s applying for funds. Her life is this constant struggle.” 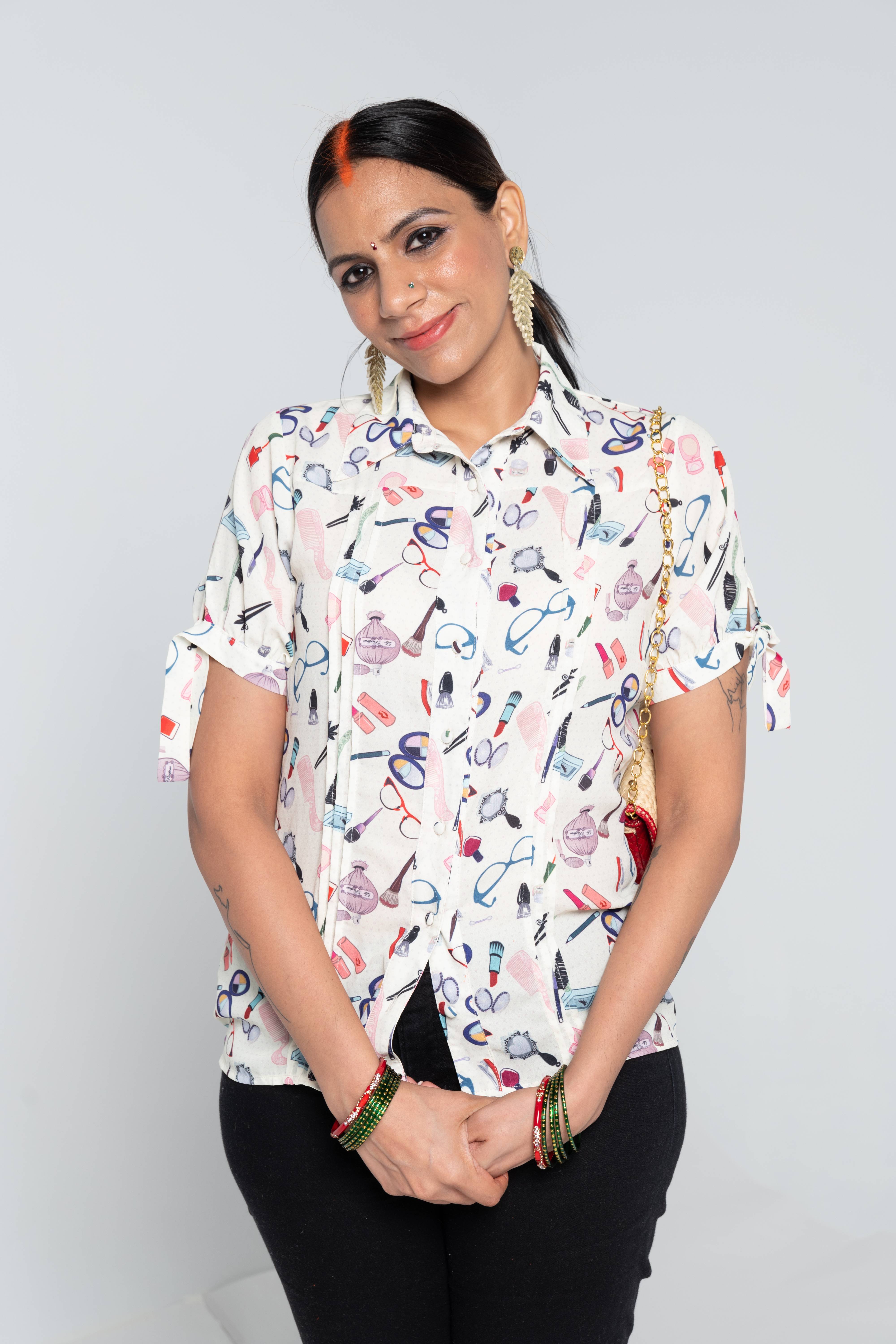 Sharul, a vocal proponent of social justice and women’s rights, seems the perfect person to tackle this role, which was proposed to her when a member of AWARE approached her after watching Disco Sheela. Beyond the Drama Centre Black Box performance, Sharul also intends to tour the show around various community centres to reach as many people as possible. Says Sharul: “This particular cause is close to my heart. The monologue though comedic, goes dark. This is a part of Singapore people just aren’t talking about, and people like to blame the poor for being trapped in the cycle of poverty. It’s interesting how in the poorer parts of Singapore, there’s ads everywhere telling people ‘don’t get into the loanshark business’, and you can imagine kids growing up here get the impression that they’re already doomed. I’m hoping my show can shed some awareness on this issue, so more Singaporeans can help, much like how Daughters of Tomorrow has this 8 week confidence building programme just to teach these women and equip them with basic skills.”

Taking a sip of her coffee, Sharul takes a moment to think before adding: “Standup comedy I think, is a very selfish art form. It’s beautiful because the art you produce gets the applause, you get paid, you walk out. But maybe I’m at the age in life where if I were to use my craft, I want to do something with it. Sharul the person loves to dress up and go on holidays, and it’s really not my place to raise these issues in my comedy. Initially, I considered bringing these women onstage, but I didn’t want it to derail into a pity party or circus show. That’s why I have to take on characters to tell these stories, and to give them that voice where they had none.” 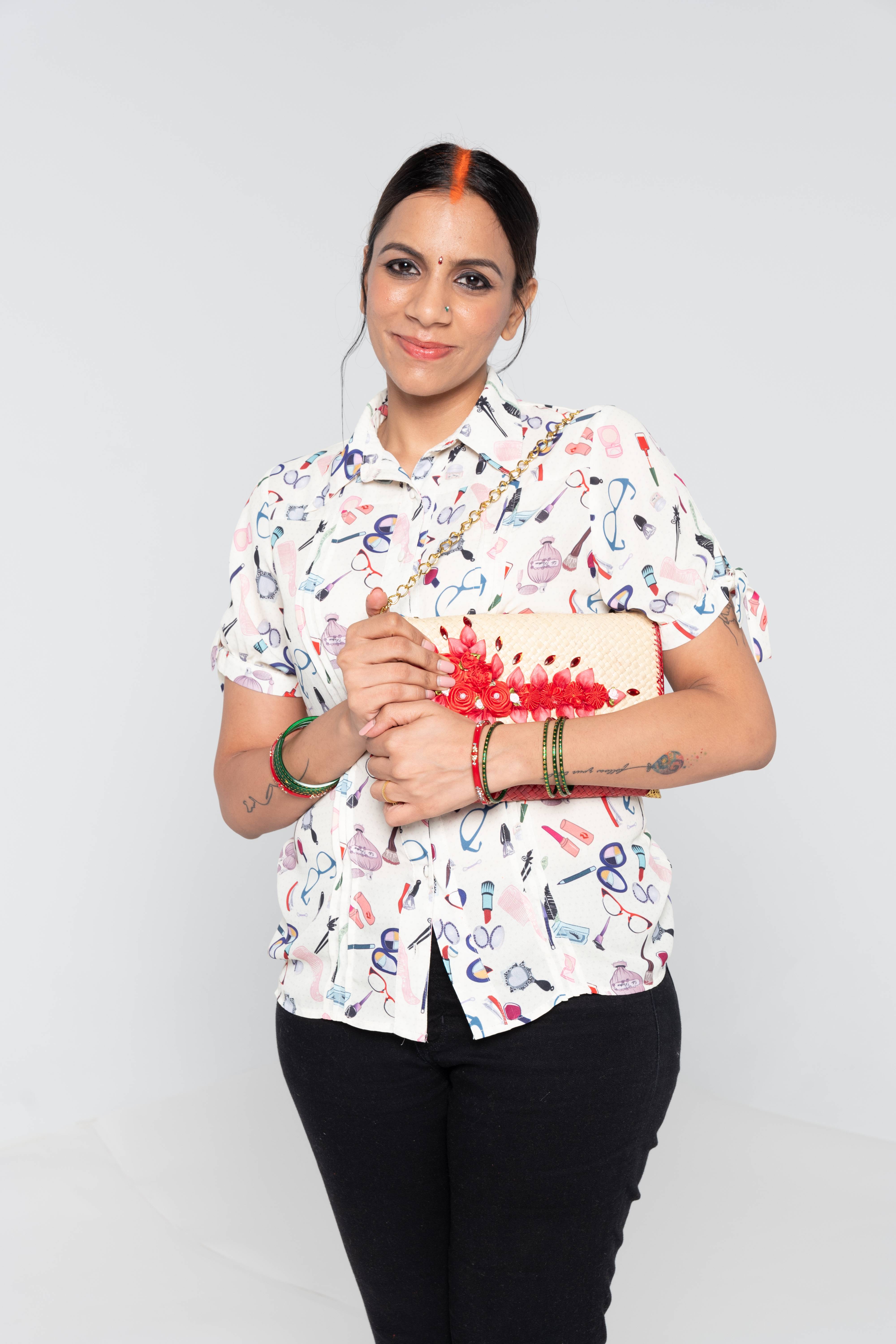 Beyond Crazy Poor Sita though, Sharul still has plenty lined up for 2019, from a solo special and planned Asia tour, a restaging of Disco Sheela, and a big comedy show set for April. She concludes: “As a freelancer, you’re really forced to do everything because the industry is just so small, and you don’t have a choice. It’s important for artists to keep an open mind at all times. I like to think I’ve reached a point in my career where people don’t just come to see my work, but also to see me as a personality because they believe in the shows I put out. I want people to know that all of this is coming from a good, clean place, a place of truth that comes through when you come and watch my show, and believe in the importance of what I am trying to say.”

Crazy Poor Sita plays at the Drama Centre Black Box from 8th – 10th March 2019. Tickets available from Peatix. One third of the proceeds collected from Crazy Poor Sita will go to AWARE and Daughters of Tomorrow.

0 comments on “Crazy Poor Sita: An Interview with Sharul Channa On Her Newest Show”