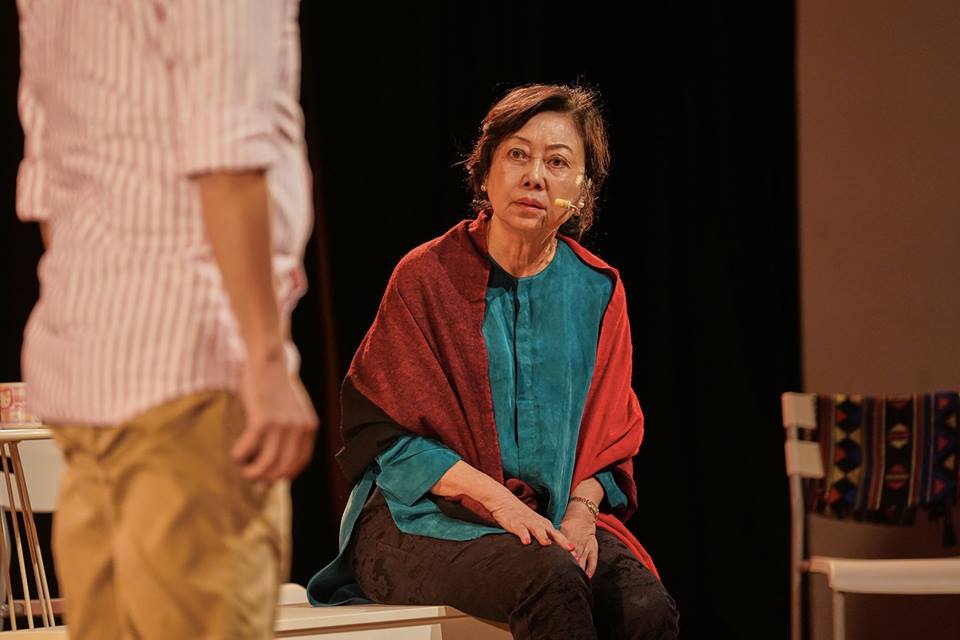 The Necessary Stage’s (TNS) Theatre for Seniors programme turns 10 this year, and over the last decade, has slowly but surely instilled a small interest group of seniors with the power of theatre and the arts. 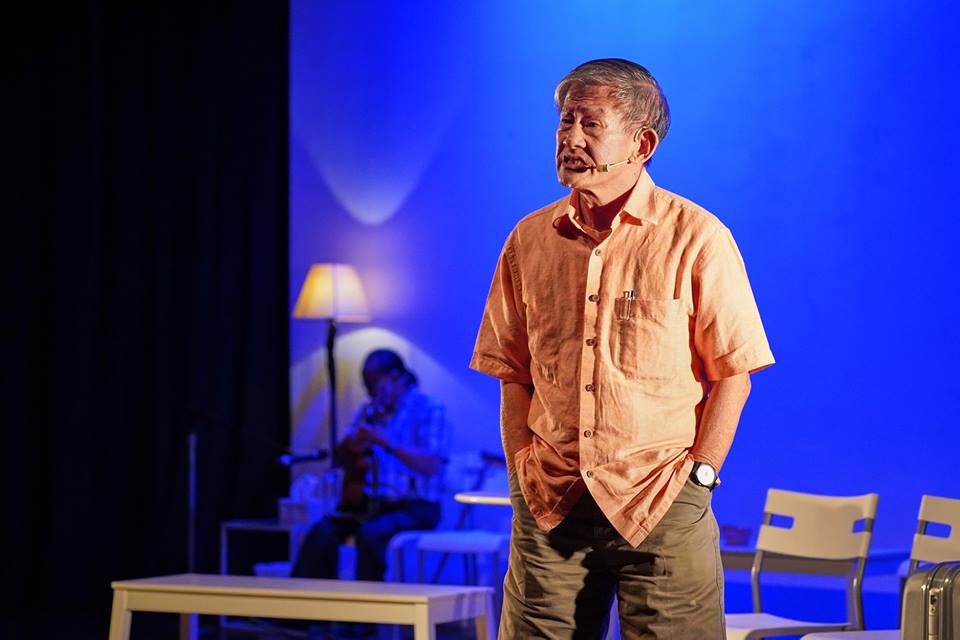 Over the last weekend, the community theatre group presented devised work It Takes All Kinds this weekend, comprising a medley of scenes inspired by the members’ own backstories and real life experiences, all dealing with the often difficult topic of family frustrations.

It Takes All Kinds opens as Ong Suchzeng frames the production as a kind of variety show, reminding one of a typical confident, charismatic TV documentary presenter as she briefs the audience on what to expect in the performance to come. It Takes All Kinds differentiates itself from most community theatre productions in that it dares deal with some of the unspoken, often ‘taboo’ issues in conservative Singapore society, all surrounding themes of Control, Communication, and Unconditional (or Conditional) Love. From issues of partners who have grown to resent each other, the morality of religious conversion on loved ones’ deathbeds, to even how much control they themselves exert as parents over their children, it feels as if there are few topics too difficult to bring into the light that has been devised. 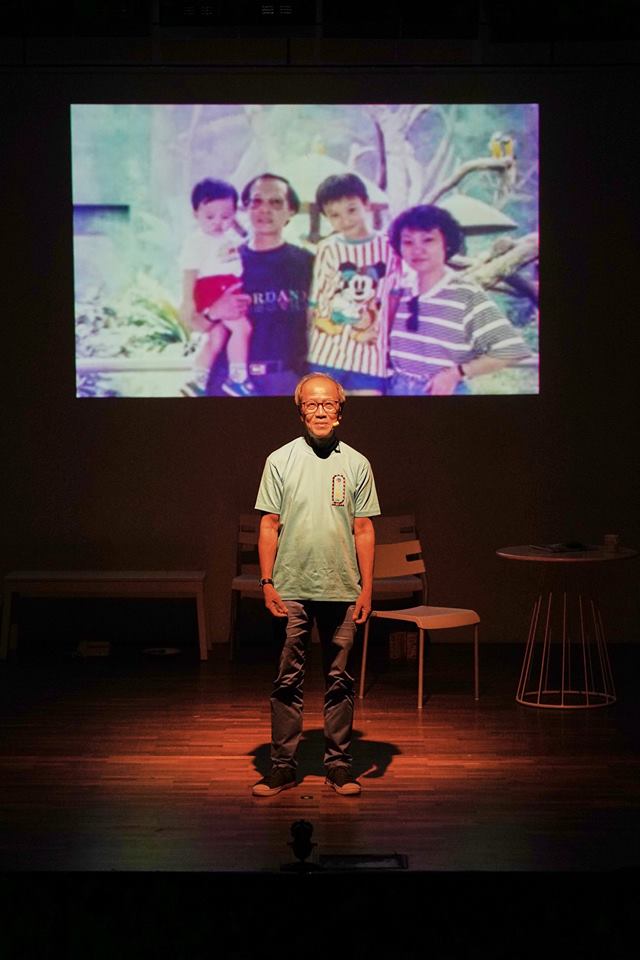 In true TNS fashion, while most of the scenes are naturalistic, a number of scenes end up breaking convention, with actual vintage photos of the cast members from their younger days playing onscreen while they speak about their lives, a multilingual experience with usage of dialect and Malay, languages that some cast members are much more fluent and expressive in, and even an improv segment (moderated by Irene) where cast members sat around and answered quickfire questions about their positions and experiences as parents. While on one hand, this broke the monotony of feeling repetitive, the scenes presented are primarily effective because so many of them come from a very real place. 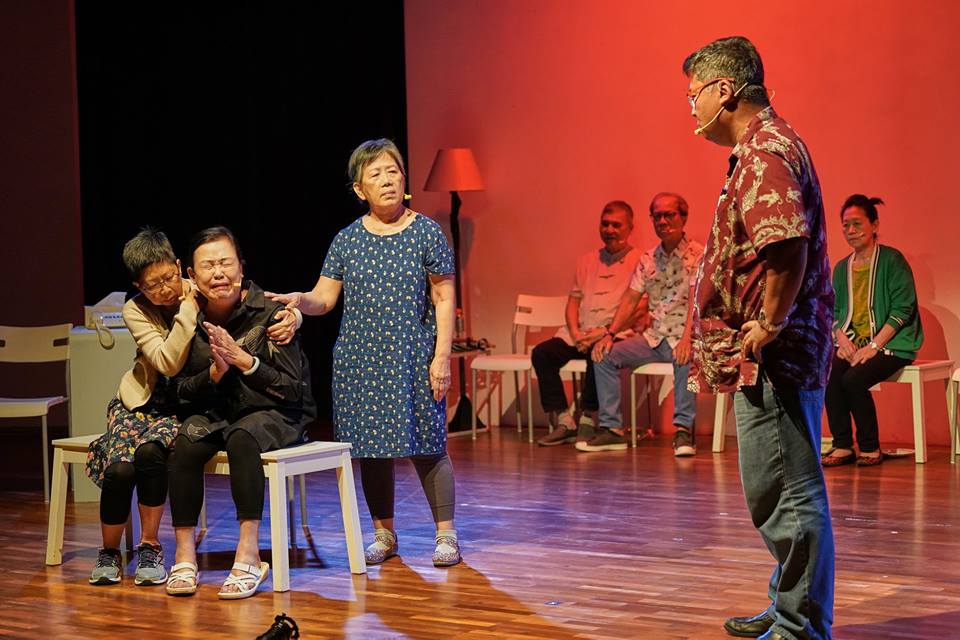 For most of the cast members, one hears their real voices and tone present whenever they speak, likely echoes of conversations they’ve actually had. That sincerity often presents itself with a strong  dose of truth, with the emotion and intent behind each scene coming through powerfully. One particular scene involves Elsie Tan as she explains her pressing need to control each and every member of her family – while the scene can come off as dryly hilarious, there is a sense of regret and sadness underlying her words, a starkly relatable one many of us might have felt, whether we’ve experienced a controlling family member, or we ourselves are the controlling one. 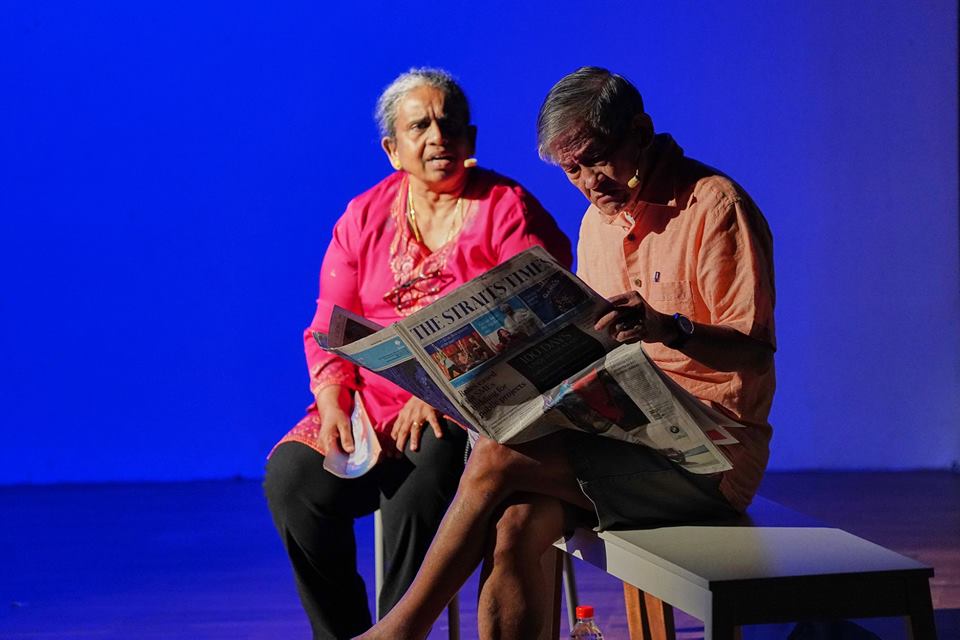 If anything, it’s certainly evident that each and every one of these seniors understand the aims of TFS, well aware that they’re onstage and both having fun while delivering the best performance they can. Plenty of them show potential to go on to do professional work (in fact, a number of them already have), and one cannot help but feel more than a little charmed and moved by their enthusiasm and efforts as they end off the show dancing onstage together, smiling satisfied at the good work they’ve put out tonight. Kudos to TNS for maintaining this programme year on year, and continuing to fill in a niche but necessary gap in the local arts scene with Theatre for Seniors.

It Takes All Kinds played at Marine Parade Community Theatrette from 1st to 3rd March 2019. For more information, visit their website here

0 comments on “Review: It Takes All Kinds by Theatre for Seniors (The Necessary Stage)”