We’re less than a week away from the launch of the 2019 Singapore International Festival of Arts (SIFA), marking the second year of Gaurav Kripalani’s stint as Festival Director, and if anything, we’re incredibly excited about the lineup for this year, with even more programmes, internationally renowned artists and premieres happening across Singapore for almost three whole weeks.

Sitting down with Gaurav himself, we catch up with him on his grand plans, the changes between last year’s edition and this. One thing that’s certainly different was the longer lead time the team was given to plan this year’s festival, as opposed to the prep time of less than a year for the previous one, leading to a more robust, cohesive programme this year, with some of the biggest names still active in the arts world today making an appearance at the festival. Says Gaurav: “We’ve always had a 3 year plan for my stint, and the trajectory we’ve been leaning towards has been in place since the very beginning. With my first festival last year, there was such a steep learning curve and short timeframe, so we got some things right and some things wrong. But I think this year, we’ve addressed those mistakes and fixed them this year.”

“The international artists we’re featuring are each gamechangers in their respective fields, and many of them have either never stepped foot into Singapore for a performance before, or haven’t been here for at least a decade,” he continues. “As for our local artists, we are very aware of that fact that we are both the Singapore and International Festival of Arts, and I place equal weight on both words, and made sure that we must see more local works over the 3 years. This year, we see a number of new local commissioned works premiering at the festival, and we’re happy that the festival is able to provide time and resources to develop these works, and the opportunity to collaborate with other artists over the course of the festival.”

On the continuity that SIFA has from year to year, Gaurav elaborated: “While the Festival Director should change on a periodic basis to welcome fresh ideas and different perspectives of how the festival should be run, at the core of SIFA is the team of amazing people from Arts House Limited (AHL) that keeps it running. As artistic director of the Singapore Repertory Theatre (SRT), I’m always apprehensive about taking on assignments that have multiple layers and stakeholders, but I took on the role of Festival Director because when I met Sarah Martin (AHL CEO), I knew we saw eye to eye on these matters, and said yes.”

He continues: “While I do have a lot of creative control and autonomy, I do have a very collaborative working style. It’s never been a case where I put my foot down and insist on my way, but rather, to speak to the team first and get everyone excited about an idea. I’m very fortunate to have a tremendously talented team, each member armed with a wealth of knowledge I’ve learned from, from the producers to marketing, and honestly, my biggest takeaway from my time so far as Festival Director is appreciating how many stakeholders we do have to answer to, and not just to see it as pleasing the audience.”

At the heart of the festival is The Arts House, once again transforming into The Festival House to serve as SIFA’s central hub. Gaurav comments: “The beauty of such a place is that it’s the epicentre of the festival, sort of like having a place to return to and call home. I think having that hub is important, sort of like how the KC Arts Centre is known as the home of SRT. I want my audiences to feel comfortable with the work, and to be able to have this space to process and digest works as different as Dionysus, to Oreste by Ifigenia.“

Since last year, Gaurav and his team have even been attempting to change the way audiences experience the festival, orchestrating it as an exploratory journey of discovery rather than a straight path to limit one’s self to only the things one immediately is familiar with. Says Gaurav: “We want to eliminate simply pigeonholing the performances into simple genres of music, theatre or dance, and really ensure that they go through each programme one by one, which they might not have done if it was so simply categorized! I want audiences to step outside of their comfort zone, and they’re navigating their likes or dislikes. The hardest part really is getting audiences to buy a ticket to something they’ve never heard of, and to do that, you rely on so much to make the show seem enticing or appealing enough to take a chance and get out of the house instead of just staying home to watch Netflix.”

For Gaurav, accessibility remains one of his top priorities for the festival, elaborating on the fair ticket pricing and variety of shows on offer this year. Says Gaurav: “Pricing should not be a barrier, especially for youths who may never even have experienced stepping into a theatre before. And each show has to be so good, that it instils in them this level of trust to know that every SIFA show they watch will be of a similar standard, the best the world has to offer, and make them go ‘I want to learn, I want to broaden my horizons, and I want to try something new.’ With SRT, our policy was always about how we could ‘send the elevator back down’ to educate and help the next generation. SIFA is 42 years old, and needs to continue engaging young people, getting them excited. The tickets we sell at concession are front row tickets because these young audience members have so much enthusiasm and energy that it filters through to the entire house and the performers, and that automatically creates a more enjoyable experience for the entire show.”

“Even with the programming itself, SIFA is not a one-dimensional festival, and we want to present a whole host of shows that will appeal to a variety of audiences,”he continues. “You look at a show like Peter and the Wolf – the first time we’re doing a specifically family-oriented show during the festival. While it’s not a traditional audience base we target, we think it’s important to expand that reach and introduce programmes that other non-traditional audiences can enjoy. We’re staging it at the KC Arts Centre because we do hold a lot of family shows there, so there’s already this natural familiarity with the audience base, and we’ve got plenty of local personalities involved in the narration that might entice audience members to come, from radio deejay Jamie Yeo, to singer Benjamin Kheng, to cellist Ng Pei-Sian, to myself!”

“People sometimes forget that Singapore is just 54 years old,” Gaurav adds. “We’re babies compared to the rest of the world, compared to Western civilisation or China or India. In 50 years, our arts scene has developed so quickly, and right now we’re probably at the second generation of arts-goers who can enjoy the fruits of labour the first generation has put out, and even bring their own kids, the third generation, to watch a performance. We’re so young, and still have so much to learn, and we must always remember where we stand in the grand scheme of things, and the fact that the scene is moving at such a ferocious pace, that’s exactly what makes being in Singapore so exciting.” 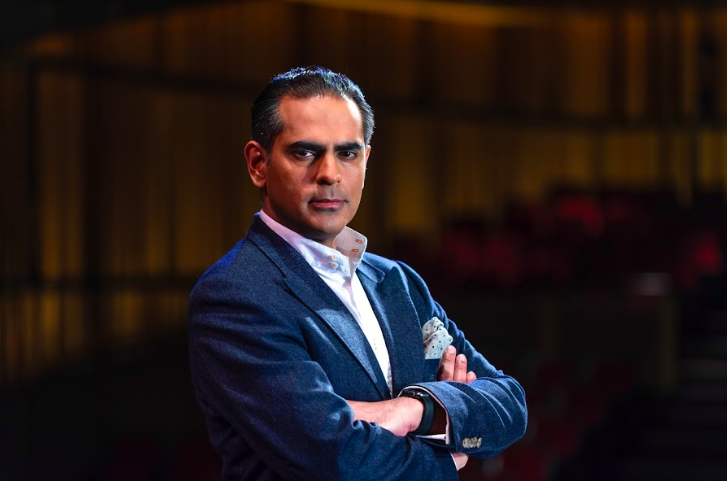 “If any audience member joins us on this journey for all three years, then I think they’re going to end up with a truly special experience as they watch it grow and change over time,” he concludes. “I’m so privileged to be curating and programming that journey, and I’m actually on a journey too as I learn and take in all the festival has to offer. I hope that every Singaporean eventually carves out the month of May to attend, watch and experience great art at SIFA, which can and should be the first event they think of. You will never fault the quality of the shows that we present, and if we can shift the needle and get even one new person to learn to love the arts, then my time here has been completely worthwhile.”

2 comments on “SIFA 2019: An Interview with Festival Director Gaurav Kripalani”