The 26th edition of the Singapore International Piano Festival returns this May and brings together four of the world’s best virtuoso pianists, each performing solo at the Victoria Concert Hall over the four day festival. In the lead-up to the performances, we spoke to Singaporean pianist Lim Yan, the newly appointed Artistic Director of the festival and the first in SSO history to be an active pianist to find out more about his curation this year and what audience members can expect. Read the interview in full below: 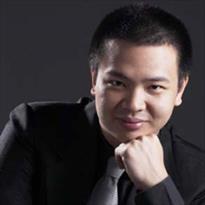 Bakchormeeboy: What is it that makes this year’s edition of Piano Fest better than previous editions?

Lim Yan:  Last season was an extraordinary one for Piano Fest, celebrating the 25th anniversary of the festival; and my predecessor as Artistic Director, Mr Lionel Choi, pulled off the major coup of engaging Martha Argerich for not just one, but two performances with Darío Alejandro Ntaca and the Singapore Symphony Orchestra at the Esplanade Concert Hall – this in addition to the stellar line-up of pianists featured in four solo piano recitals.

For me, therefore, it has not been a case of trying to better or ‘one-up’ previous editions, but rather of maintaining the consistent high standards of the artists and programming that makes us one of the leading festivals of this nature in the region, and a stand-out in the concert calendar. At the same time, there is perhaps something of a feeling of a fresh start after the climax of last year, and the beginning of hopefully another successful 25 years (and beyond!) for the festival.

As for thematic considerations – I preferred not to restrict the pianists in their programming, as I believe that each artiste crafts their programmes in a way that is a reflection of their artistic individuality. This is why there is no defined festival theme this year.

Bakchormeeboy: As the first year you’re helming Piano Fest as director, what is your vision for Piano Fest going forward?

Lim Yan: The SIPF has traditionally attracted patrons from all over the world. Last year’s festival saw patrons from 33 countries attending, with the biggest proportion coming from Singapore (60%), followed by Malaysia (12%), Indonesia (5%), China (4%) and Korea (3%); also, some of the patrons had travelled from as far as South America, so we really are a International festival!

It would be quite bizarre to shake up a formula that has worked so well over the past twenty-five years, so I think it makes sense that the core of the festival continues to be the series of piano recitals. However, I do feel the festival has had an increased vibrancy and relevance to the cultural landscape in Singapore in recent years, due to the complementary events that have been held in conjunction with SIPF – for example, masterclasses conducted by the featured artists, and last year, a lecture recital by Darío Alejandro Ntaca. This is something I am excited to explore and hopefully expand upon.

Thus the motivation for this year’s “In Conversation with Ronan O’Hora”. Ronan was my tutor and mentor at Chetham’s School of Music and the Royal Northern College of Music, and over the course of seven years studying with him, we talked about so many topics… well, perhaps it would be more accurate to say, he talked and I listened!… so I thought it would be interesting to have a forum where he could share his insights and wisdom with not just one student but a roomful of people.

Additionally, Ingrid Fliter and Kirill Gerstein will be conducting masterclasses involving students from the Yong Siew Toh Conservatory of Music, and the Nanyang Academy of Fine Arts; these masterclasses are always interesting as they offer us a rare glimpse ‘behind the scenes’ into how the artistes understand music, and why they arrive at the interpretations they do.

Bakchormeeboy: Which performance at Piano Fest are you personally most looking forward to this year?

Lim Yan: Ronan O’Hora was, and continues to be, my greatest artistic influence and a fantastic mentor to this day, so I am absolutely thrilled that he agreed to be part of this year’s festival and I am looking forward immensely to his recital, which features some of the repertoire which I know to be closest to his heart.

That said, all four recitals promise to be truly special events, and the complementary events are a unique opportunity to get up close to the artists. So to rephrase the question: “Which of your children do you love more than the others?”

The 26th Piano Festival runs from 30th May to 2nd June 2019 at the Victoria Concert Hall. Tickets available here