SARAWAK, MALAYSIA – The third edition of Sarawak’s annual Rainforest Fringe Festival returns to Kuching this July, set to once again shine a spotlight on Sarawakian arts, culture and heritage through an all-inclusive programme.

Says Minister of Tourism, Art, Culture, Youth & Sports Sarawak, YB Datuk Abdul Karim Rahman Hamzah: “We are proud to host the Rainforest Fringe Festival once again and we felt that the people of Sarawak deserve to celebrate their richness in culture and history. This year’s additional flavours will include programmes that showcase another major community’s history and culture is a great expansion of the festival.”

This year’s festival is set to feature the history, culture and foundation of the Malay community in Sarawak, with a brand new programme, Asas Melayu over opening weekend. This will include a Lembaran Emas – Songket and Keringkam of Sarawak, a fashion show featuring designs by “Malaysia’s King of Fashion”, Dato’ Sri Bernard Chandran; Sarawak’s own Datuk Tom Abang Saufi; and Tanoti House of Kuching. Members of the public will be able to watch this event via livestream, and the event itself will be held at the historic old State DUN Building in Petra Jaya.

Over opening weekend, visitors can also look out for Primates, a festival commission and free performance that presents the identity and movements of primates from monkeys to humans. The show will feature UK-born Iranian Ghaffar Pourazar, who was the first foreigner to play the role of Monkey King in the famous Beijing Opera, award-winning Thai choreographer Jitti Chompee, Korean-based Penang dancer Liu Yong Sean, Lee Pei Ern from Sabah and other local dancers. The show will be performed on a specially constructed bamboo and wooden structure designed by Wendy Teo, and feature live music by Orang-Orang Drum Theatre. 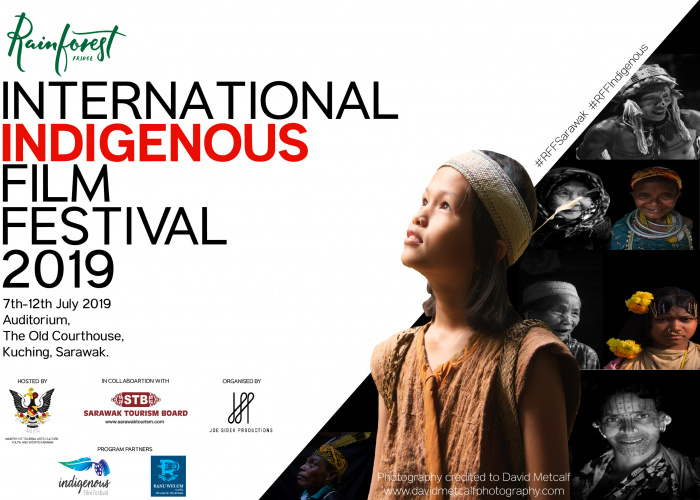 Be sure to also immerse yourself in a little indigenous culture with events such as the International Indigenous Film Festival, making a stop in Kuching to present “stories that matter” by regional and international indigenous filmmakers to showcase their work and tell the stories of indigenous communities, along with workshops and talks. 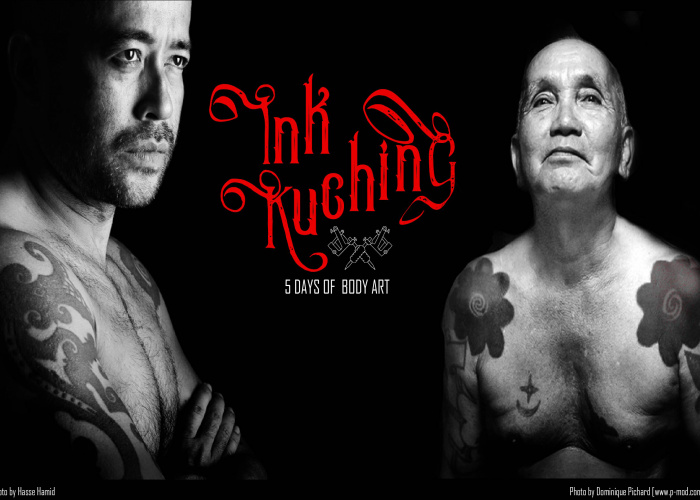 For appreciators of tattoos, check out Ink Kuching, an international tattoo showcase that presents the art behind the tattoo. Visitors can even get themselves inked by modern, traditional and indigenous artists from Sarawak and the region. Meanwhile, in Song to the Earth Featuring Kayan Parap, come meet Adrian Jo Milang, the youngest practitioner of the fast disappearing Kayan oral tradition of Parap and Takna’. Working alongside award-winning Australian composer Dr Corrina Bonshek, the two will spend a week exchanging ideas and lessons, before presenting a collaborative performance to the public.

Borneo Laboratory will also be onsite to present a series of events relating to both the city of Kuching and the state’s vast rainforest, with food made from ingredients gathered from nature itself in Plating the Wild, discovering the natural scents of Borneo with the Museum of Scent, and exhibitions such as Ch’ien Lee’s Rainforests of the World, featuring the biodiversity of rainforests from Borneo, Madagascar, New Guinea, and the Amazon Basin in photos, and David S.T. Loh’s festival commissioned Over Sarawak, where Sarawak is seen in a new light with overhead aerial photography. 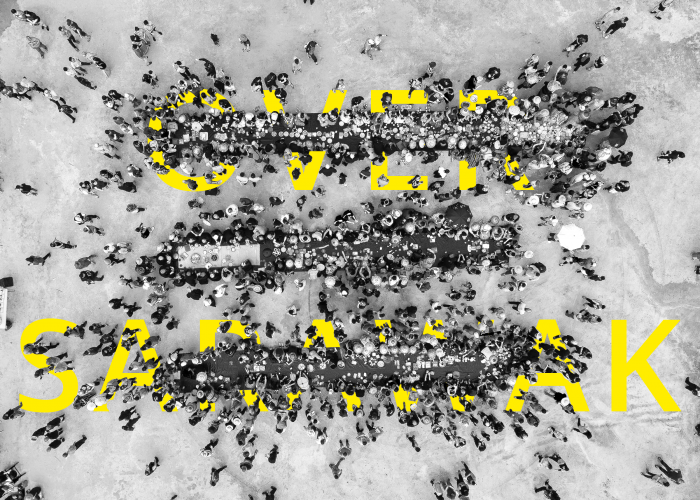 French artist Marie Dargent will also be present to showcase her new series of works, Jungle Fever, with over 50 loose-hanging pieces of cloth, each one over a hundred years old and taken from the Dargent family collection, painted in acrylic in stencilled cut-outs of jungle motifs, as inspired by the vivid tropical vegetation of Malaysia’s rainforests.

Visitors can also visit The Market and purchase from creative design brands hailing from Taiwan, Kuala Lumpur, Penang, Singapore and Thailand, while live performances such as the Amazing Drumming Monkeys from Australia will be onsite to dazzle audiences both young and old with the adorable monkey puppet duo Bongo and Congo. For those looking for a touch of the theatrical, visitors can also get tickets to the restaging of St Joseph’s Private School’s original musical The White Rajah of Sarawak.

Check out all these programmes and more, and immerse yourself once again in the spirit and culture of Sarawak, only at Rainforest Fringe Festival 2019.