The Maybank Foundation, in collaboration with Chan+Hori, presents travelling exhibition Entwine at The Concourse of the National Museum of Singapore. The exhibition will run till 8th September, and comprises works by six established Southeast Asian artists, each inspired by the weaving traditions of the region.

Traditional textile weaving is an ancient art form and today, it provides a source of income for a diminishing number of women weavers regionally. Under the Maybank Women Eco-Weavers economic empowerment programme, traditional weaving practices are supported sustainably while creating economic independence and financial inclusion for women weavers across the ASEAN region.

The programme showcases Maybank’s role towards a more inclusive ASEAN, by strengthening women’s empowerment and gender equality in the region to support the ASEAN Community Vision 2025. Through the exhibition, the public will have a glimpse into the livelihood and artistic talents of traditional weavers living in rural parts of Indonesia, Cambodia, Laos and Malaysia, who have been supported by the Maybank Women Eco-Weavers programme. 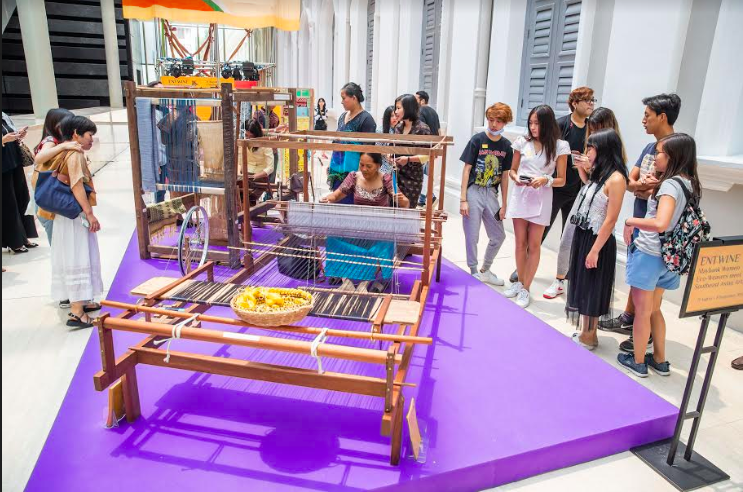 Says Mr. Shahril Azuar Jimin, CEO of Maybank Foundation: “Seven out of our ten ASEAN countries have rich weaving traditions, but due to various reasons, it is dying. Look at Cambodia and how the Khmer Rouge caused an entire generation to be wiped out. We have a declining population of weaves, and so, Maybank seeks to promote sustainable, economic and financial support to the women involved in it, or it’ll be forgotten. We started out in Cambodia, before expanding to the rest of Southeast Asia, working together with social enterprises and NGOs to set up centres for training. Our methodology is via micro-financing, where we help them to buy the materials and tools requires so they can make profits without sinking their money into the startup costs. So for example, we support maybe 300 families to grow mulberry leaves necessary for silkworms to eat, leading us to 42,000 mulberry trees the families can harvest every month, while also helping give them the tech they need to harvest it.”

“Since 2016,” he continues. “The Maybank Women Eco-Weavers programme has partnered local social enterprises and NGOs to provide an ecosystem for the sustained development of weaving crafts and environmentally-friendly production practices within the region. Six contemporary artists visited our weavers in their natural environment and responded to their experiences after meeting artisans of different weaving communities, and hence, we put together this exhibition to showcase the art creations alongside naturally-dyed and handwoven fabrics from the eco-weavers, in celebration of ASEAN’s arts and culture.” 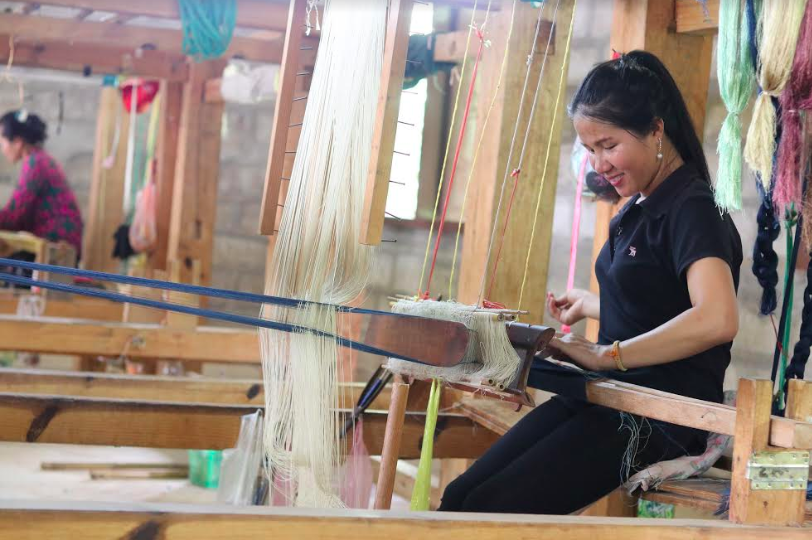 Says curator Khairuddin Hori, of Chan+Hori: “I entered this project because I believe in the stories of each of the weavers and what they’re worth. I proposed not just a showcase of Maybank’s beneficiaries, but to do a part-in-part collaboration where we’d have a residency programme, where we’d send our artists to the various villages to learn techniques from the locals and exchange expertise. The result is that the artists have all adopted a new family while there, creating a sustained, emotional relationship.”

He continues: “I’ve personally worked with all six of the artists represented in this exhibition. I chose them not just for their art, but also for their sincerity in genuinely wanting to make something with meaning, which is part and parcel of my curatorial process.”

On the role of private galleries and their relationship with the public, Khai adds: “There are certain perceptions about private galleries that I want to dispel. Not just for visitors, but often, even some artists are afraid to show in a private gallery because they think they need to have a certain aesthetic or style to ‘qualify’ for these chi-chi champagne evenings. But the truth is,  private galleries are often a lot more accessible than public ones. It’s completely free, for one, and visitors are more than welcome to come be entertained and educated on art. If well-curated, they serve the public just as well as the museums do.”

The artists featured in the exhibition are mural painter Sheryo (Singapore), multimedia artist Sharon Chin (Malaysia), painting/sculpture artist Lugas Syllabus (Indonesia), painter Lyle Buencamino (The Philippines), ceramicist Shahrul Jamili (Malaysia), and artist Ubatsat Sutta (Thailand). On how he became an artist, Lyle says: “Initially, I wanted to be a musician because my dad is a film composer in the Philippines. But I wasn’t that good, so I ended up trying out for art school when discovered I could draw. I didn’t get in the first time, but was successful on my second attempt.”

He continues: “When I got to art school, the only thing I knew how to do was to draw, and there were so many people who were already better than me. To prove myself and stand out amongst the others, I’d have to come up with some other angle because everyone else was so technically proficient. It’s a good drive then to be surrounded by such creative people – it inspires you to do better and constantly improve each time.” 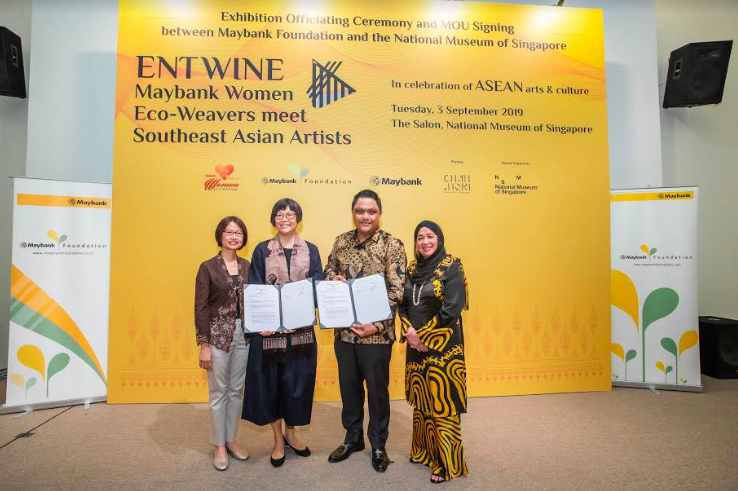 With the MOU then, Maybank Foundation and the National Museum will work together to promote the art, culture and heritage of Southeast Asia, including the Southeast Asian art of textile weaving. The potential areas of collaboration are exhibitions and installations that may include co-curation, joint-commissioning and hosting of travelling exhibitions as well as in the areas of research, publications, information and technology sharing.