Museum Musings: Disney – Magic of Animation at the ArtScience Museum

If you’re feeling nostalgic and long for the animated films of your childhood, then you’re in for a treat this October as the ArtScience Museum presents Disney: Magic of Animation. Offering visitors the rare opportunity to experience over 90 years of Disney’s animation, visitors will even get to see original artworks from the highly-anticipated film, Frozen 2, set for release later this year.

From Steamboat Willie (1928), the first Disney cartoon with a synchronised soundtrack, classic films including Snow White and the Seven Dwarfs (1937) and The Lion King (1994), to modern blockbusters such as Frozen (2013), Zootopia (2016) and Moana (2016), the exhibition pays homage to the artistry and technological innovation that have brought Disney’s world-renowned characters to life. 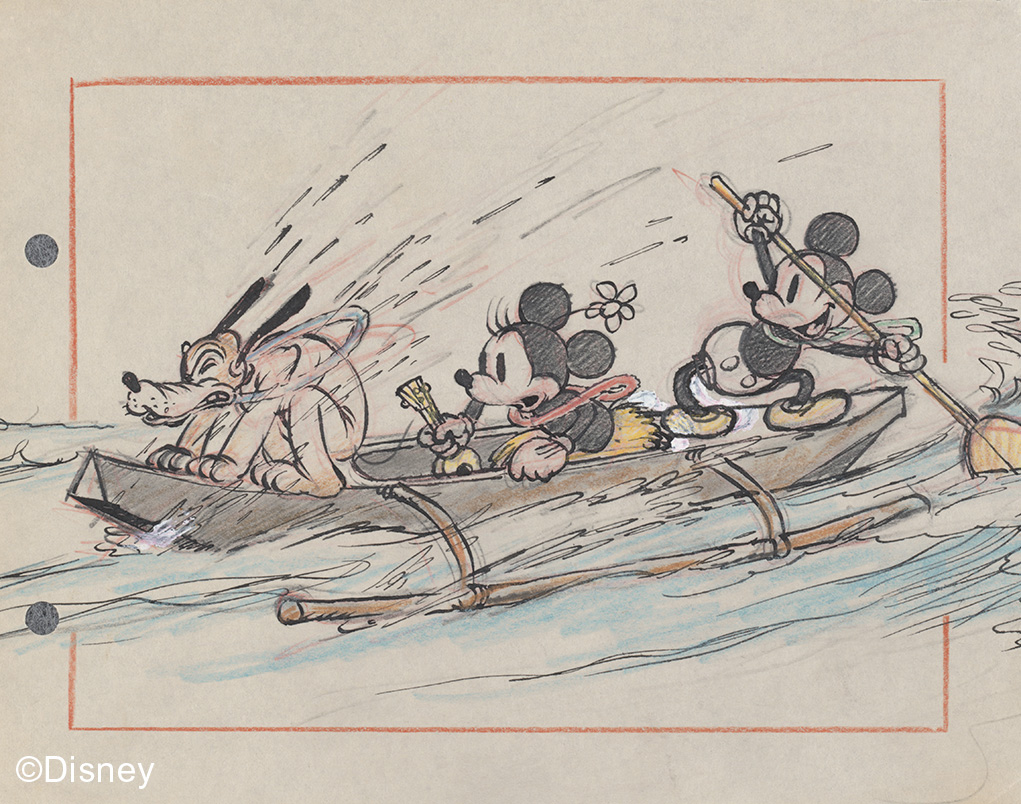 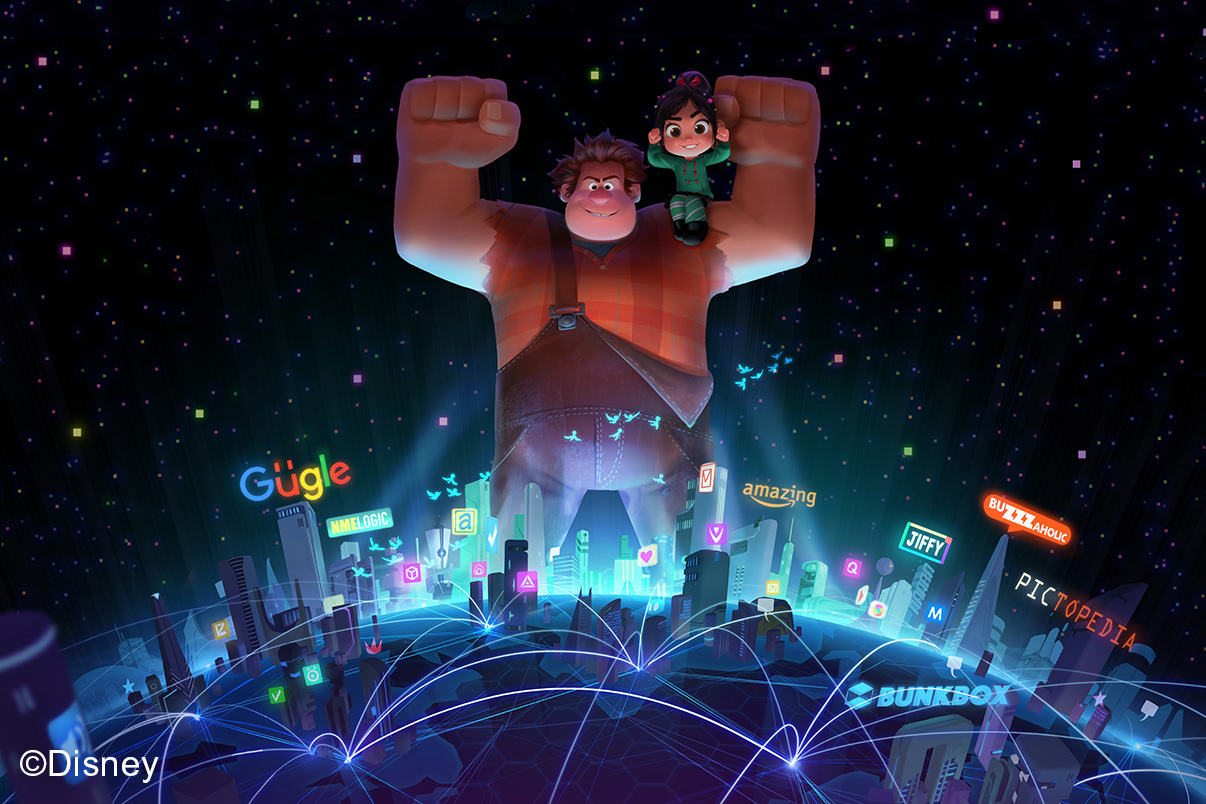 “Animation is an art form that literally brings still, static images to life. Whether it is a series of appealing line drawings, shot in sequential order to create a believable character, or complex digital imagery rendered to create a magical effect, animation has the power to transport the viewer into a world of imagination and beauty. The filmmakers and storytellers at Walt Disney Animation Studios have been creating, producing and pushing the boundaries of this medium for almost 100 years. We are thrilled to share this exhibition, Disney: Magic of Animation, with the people of Singapore and hope that the passion, creativity and artistry showcased in this exhibit will instil in the viewer a greater appreciation for what we believe is a truly unique 20th century art form,” said Mary Walsh, Managing Director of the Walt Disney Animation Research Library.

“This exhibition explores both the art and the science of animation – a filmmaking technique which Disney have pioneered and perfected for almost a century. The show reveals the technologies and scientific innovations that revolutionised filmmaking throughout the 20th century. At the same time, the exhibition tells the story of the artists who have been involved in creating the magical worlds and iconic characters that we have grown to love. Featuring hundreds of priceless historical artefacts plus an exciting selection of never-seen-before artworks from contemporary films, this show is a timeless blend of the past and the present, that instantly captures the imagination,” added Honor Harger, Executive Director of ArtScience Museum.

Presented in five chapters, the exhibition begins with “Creating Believable Characters: Bringing Drawings to Life” which reveals how early Disney animators pioneered new animation techniques. Visitors will see how the characters we have grown to love start as two-dimensional illustrations, and learn the ways that animators used innovative techniques to portray movements naturally. This section features original story sketches and animation drawings from some of the earliest Disney films. This gallery also includes a physical recreation of the iconic steamboat from Steamboat Willie (1928), the first Disney cartoon to have sound synchronised with the animation on screen. Bold technological innovations allowed Disney animators in the 1930s to explore and apply new artistic principles to capture nuances of people and animals’ movements and idiosyncrasies more accurately. 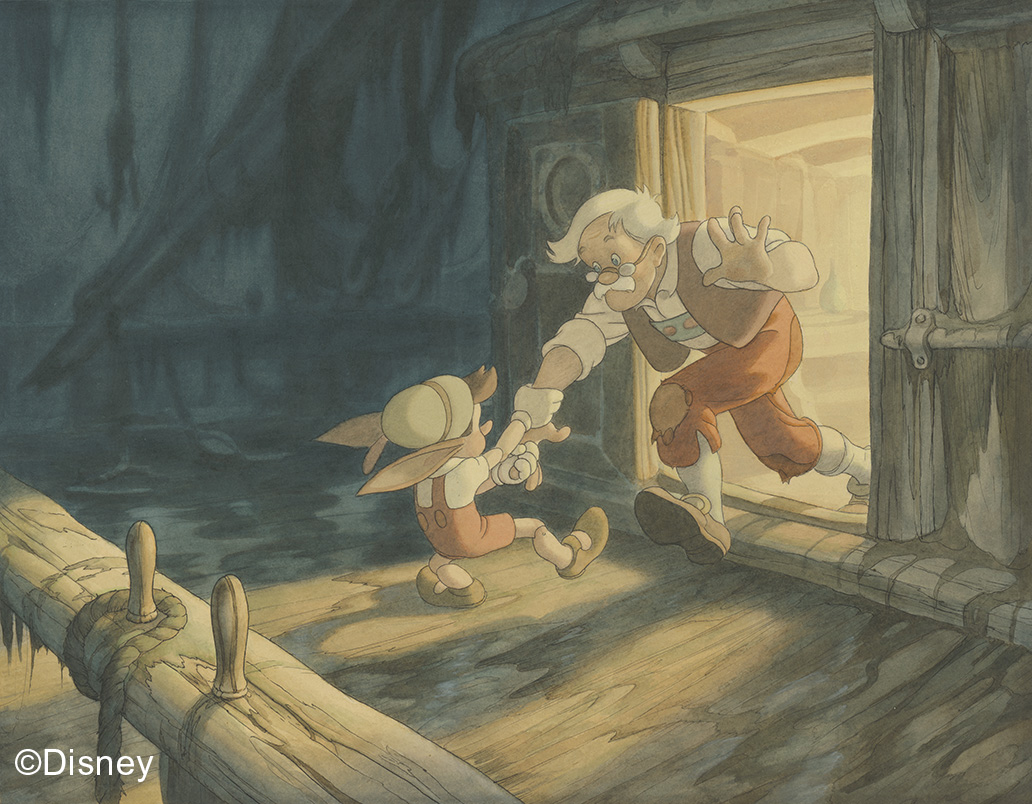 Following the success of Snow White and the Seven Dwarfs (1937), the world’s first fully animated film produced in Technicolor, artists from Disney Studios’ began developing a number of remarkable films including Pinocchio (1940), Fantasia (1940), Dumbo (1941) and Bambi (1942). The second gallery, “The Magic Begins: Continual Research and Development” tells this story, through a series of concept artworks, sketches, the display of the revolutionary technological tool, developed at Disney Animation, and the multiplane camera. 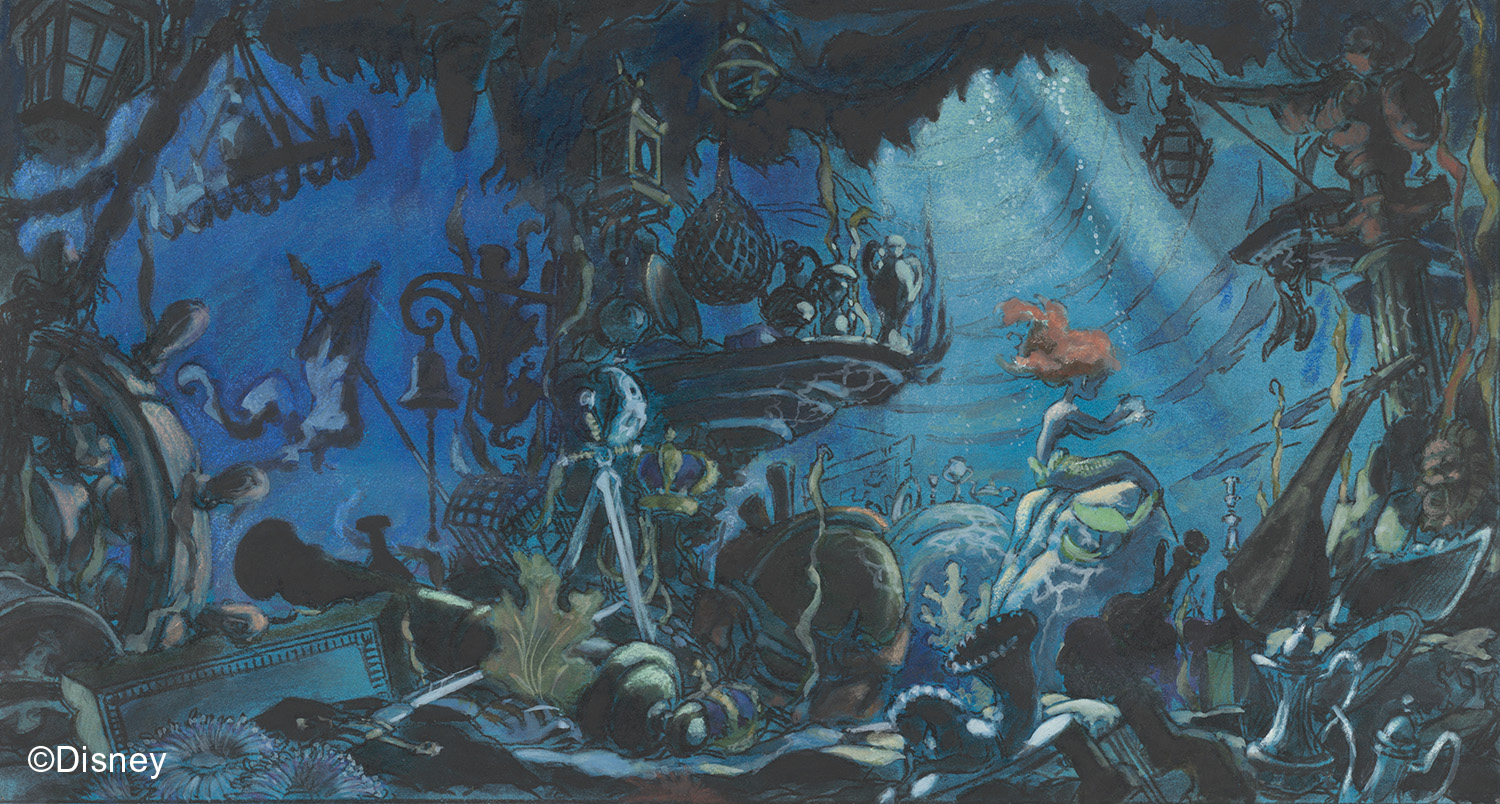 The third gallery, “Producers of Magic: Creating Diversity in Expression and a Wider World” celebrates the talented Disney animators who produced films that expressed a bold and brilliant variety of artistic styles. Background paintings and concept art from films including Lady and the Tramp (1955), Sleeping Beauty (1959) and One Hundred and One Dalmatians (1961) showcase the talents of artists who created diverse visual worlds. This chapter also charts the scientific advances that Disney have become known for, highlighting some of the new production technologies developed by the studio, enabled by advances in global communications in the 1940s to 1950s. 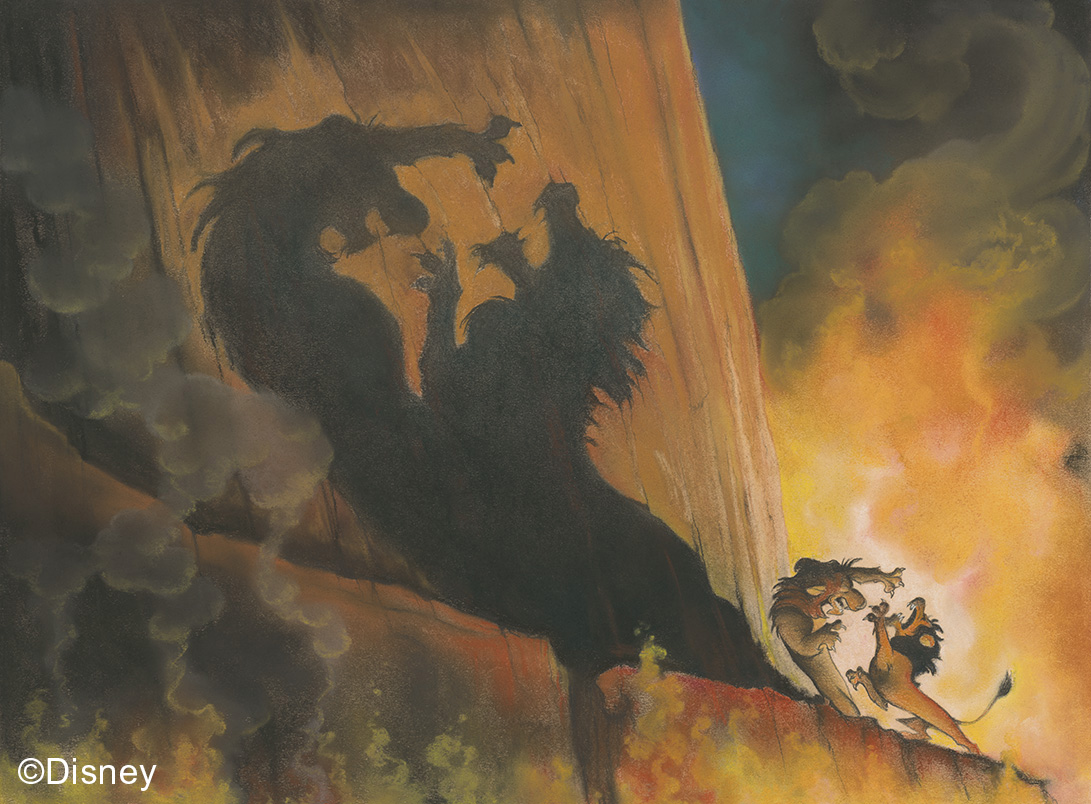 The digital revolution in the 1990s provided an additional source of inspiration for Disney artists who are constantly looking out for novel ways of making film. With the advancement of computer graphics technologies, coupled with the involvement of leading Broadway songwriters, Disney’s films began to move beyond the world of animation to explore new musical possibilities, evoking powerful emotions among its audience. “Towards New Dimensions: Digital Advances, Musical Seas”, the fourth exhibition chapter showcases artworks from the striking films of this era, including The Little Mermaid (1989), Beauty and the Beast (1991), The Lion King (1994), Pocahontas (1995), Mulan (1998) and Tarzan (1999) and their memorable soundtracks. 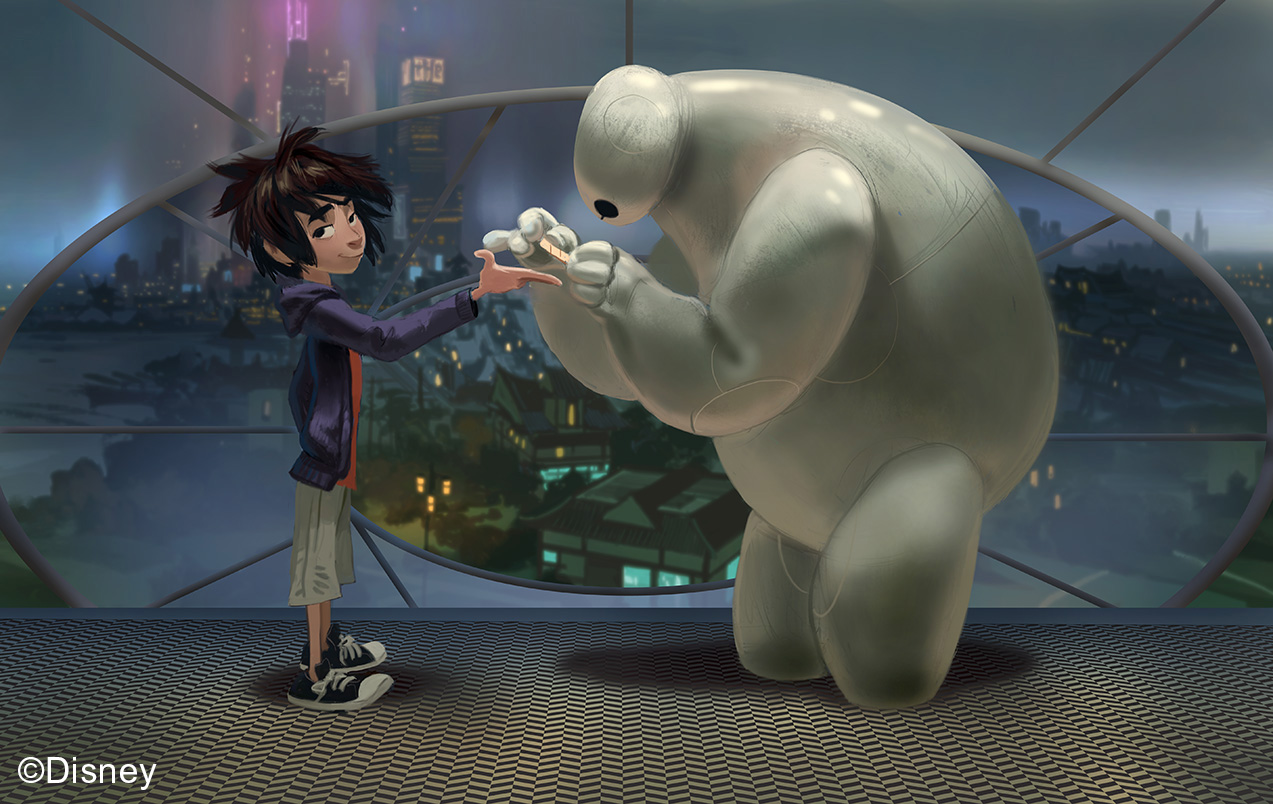 As Disney’s animated films shift from pencil and paper to computer graphics, and as the world continues to evolve, Disney films continue to incorporate the contemporary ideologies weaving them into the narrative of the stories. This gallery includes recent animated titles, such as Wreck-It Ralph (2012), Frozen (2013), Big Hero 6 (2014) and Moana (2016). The final section of the exhibition, “Bringing People Together: Social Diversity, Messages for Our Global Future” conveys impactful messages that build on social values, such as the importance of family bonds, cultural diversity and respect for nature.