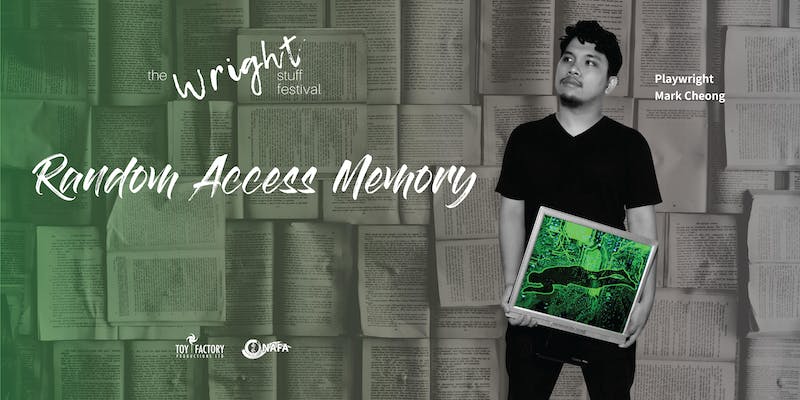 Techno thriller collides with family drama and spells the future of humanity.

What are humans if not an organic computer? With Mark Cheong’s Random Access Memory, the age-old question of what it means to be human is explored as a group of anthropomorphic computer parts attempt to resolve over the course of the 75-minute play.

Directed by Stanley Seah, Random Access Memory feels a little like a cross between Disney’s Inside Out and an episode of Black Mirror. Set inside a computer somewhere in the distant future, Random Access Memory imagines a system set up to select what memories are worth storing and deleting each time a human being dies, lest the world ever enters an apocalyptic state and requires key information to rebuild the human race. 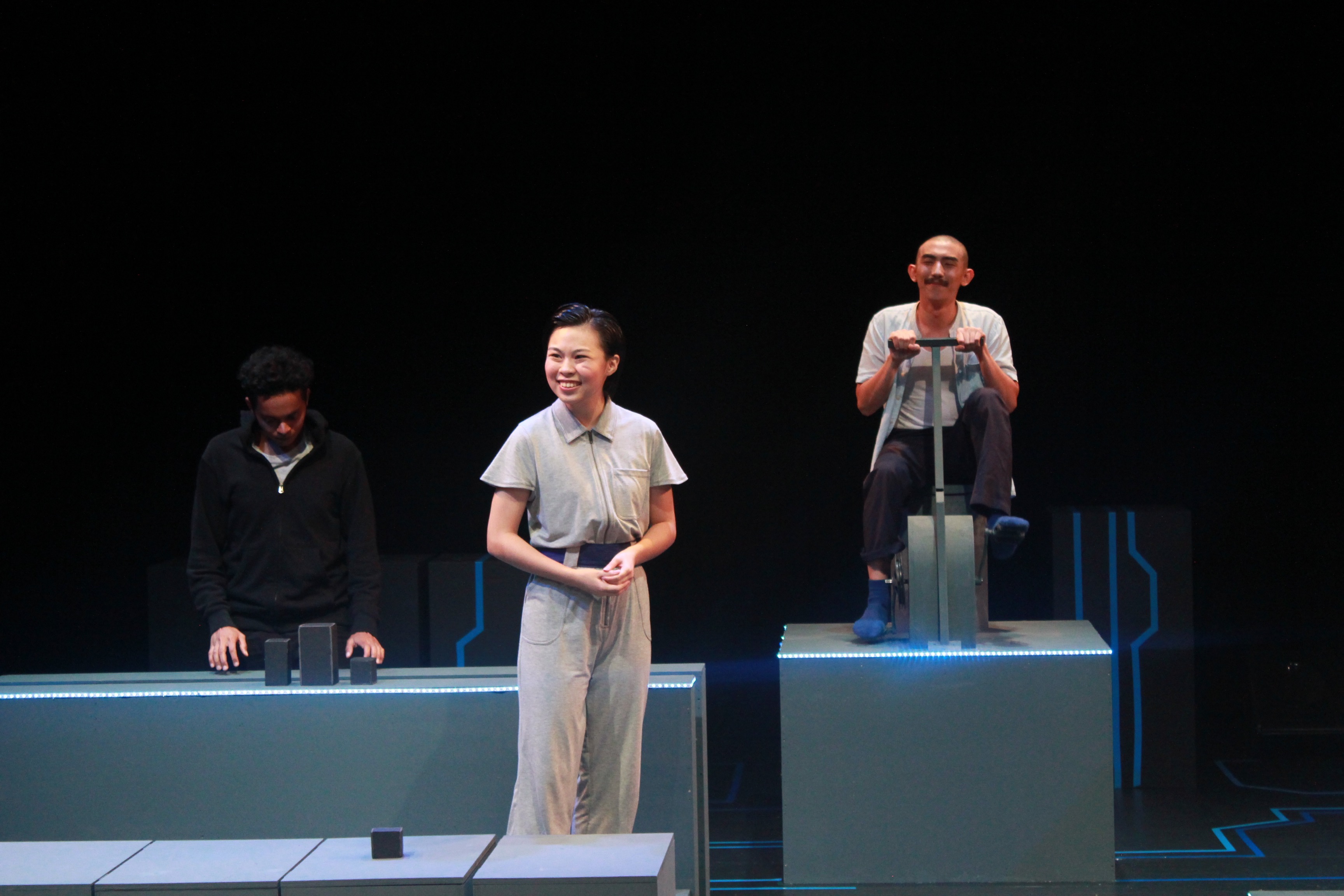 With the computer fast running out of space though, the system requires the decisions made to be more stringent than ever, keeping only what is absolutely necessary and trashing everything else. With the death of a 21-year old boy as their latest case, the hyper-logical GIG (James Anthony Carino) must wrestle with the brand new RAM (Ashley Fong), as the two argue over what memories truly are worth keeping if we want to understand what it means to be human.

To help ease audiences into the brave new world of Random Access Memory, Vivien Lau’s mostly grey, blocky set reminds one of the functional, non-emotional nature of a computer system, with streaks of blue ‘veins’ running through it, reminiscent of a scene out of Tron. It’s not hard to imagine this as the inside of an actual machine, with the various parts each given their own position they’re assigned to onstage to perform the function they were each designed for, perfectly organised and visually easy to navigate with the variation in platform levels and heights. 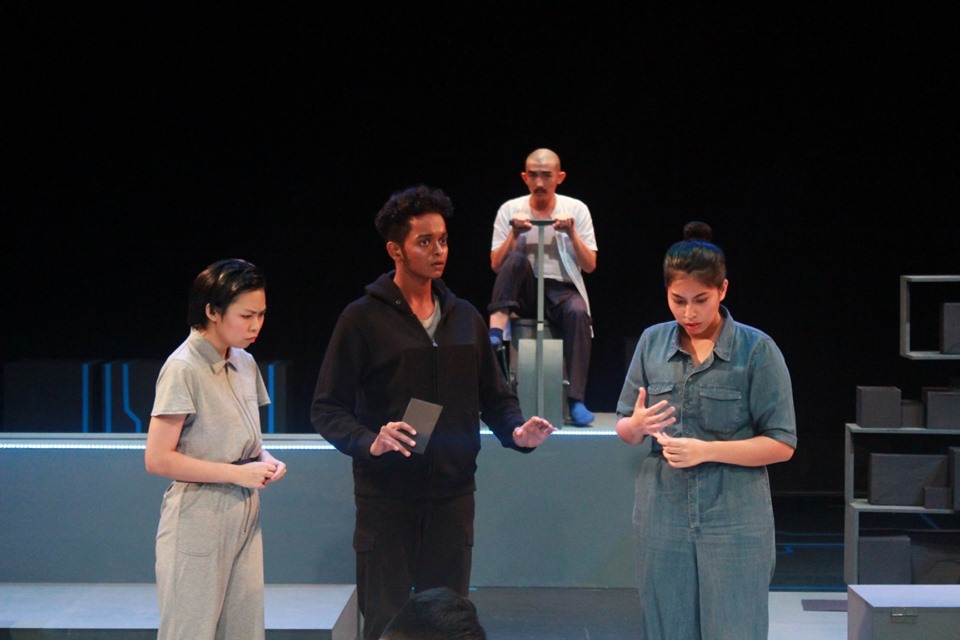 It can be daunting to create an entirely new world full of its own jargons, concepts and workings the audience has to absorb within the first few scenes, but playwright Mark has made this a relatively easy process as he reduces each character to a simple, discernible personality trait and visually distinct costumes. For example, ‘Firewall’ (Hilary Tay) is dressed in a bright red jumpsuit, and is a fierce law enforcer type stepping in to resolve disputes, while ‘Power’ (Paul Ko) cycles on a stationary bike to generate energy (characterised as an old but persevering old man near the end of his life).

To director Stanley Seah’s credit, the cast also displays good chemistry with each other, and honestly feel like they work quite literally as a system each time they converse with each other. It’s always enjoyable to watch their interactions, and even in scenes where they have no lines, remain in character as they react to whatever else is happening onstage. 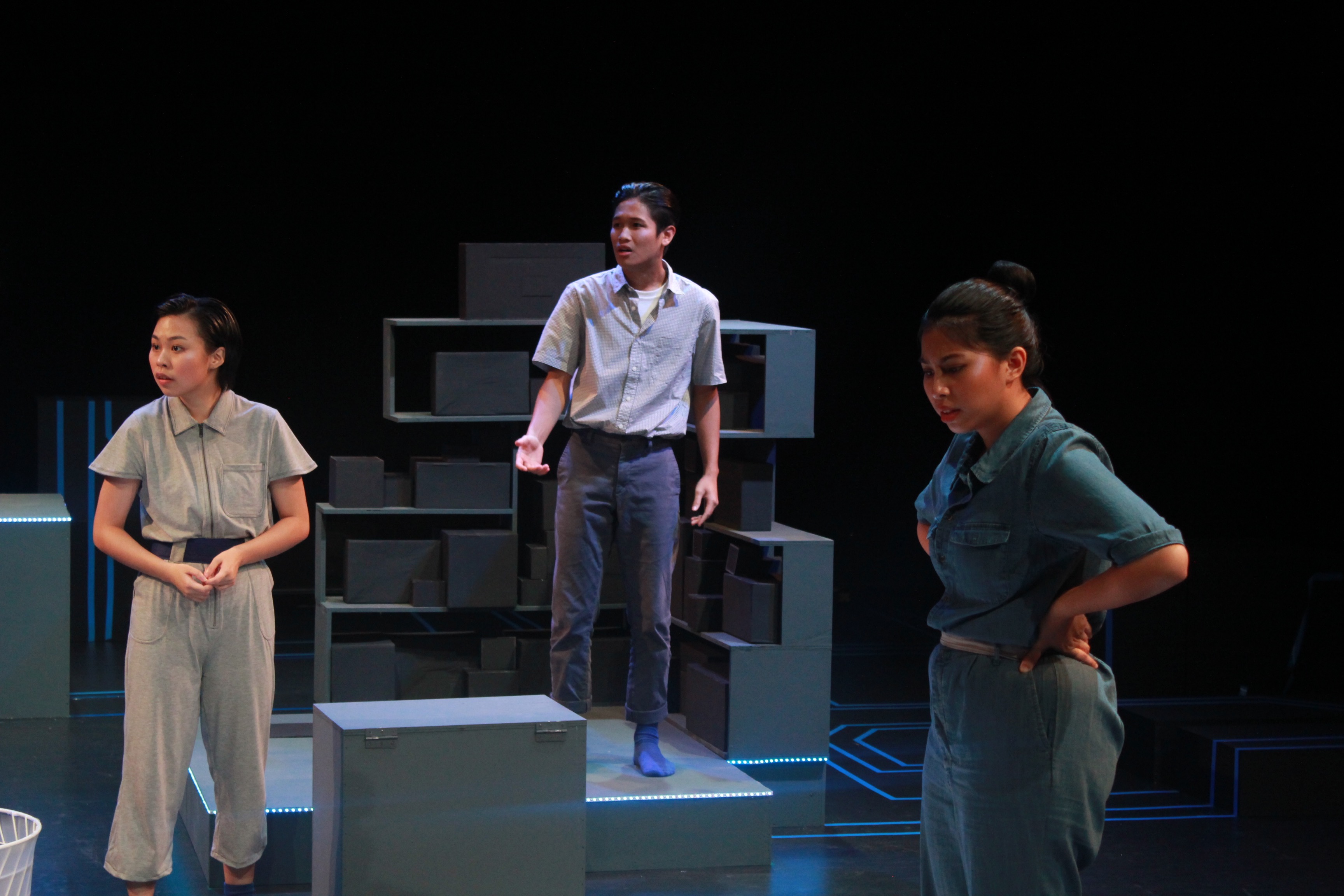 Throughout the play, we shift between the system arguing which memories to store or throw (literally into a bin and cheekily referencing the KonMari method), and re-enactments of the dead boy’s memories growing up in a broken family, as a kind of play-within-a-play. Mark’s writing is clear enough that each never distracts from the other, and the latter even allows him to show off some of the best writing in the play (a monologue the dead boy has seconds before his death stands out in particular). It’s easy to understand both GIG and RAM’s conflict in the computer system, and put together the parts adding up to the dead boy’s life into a single backstory. 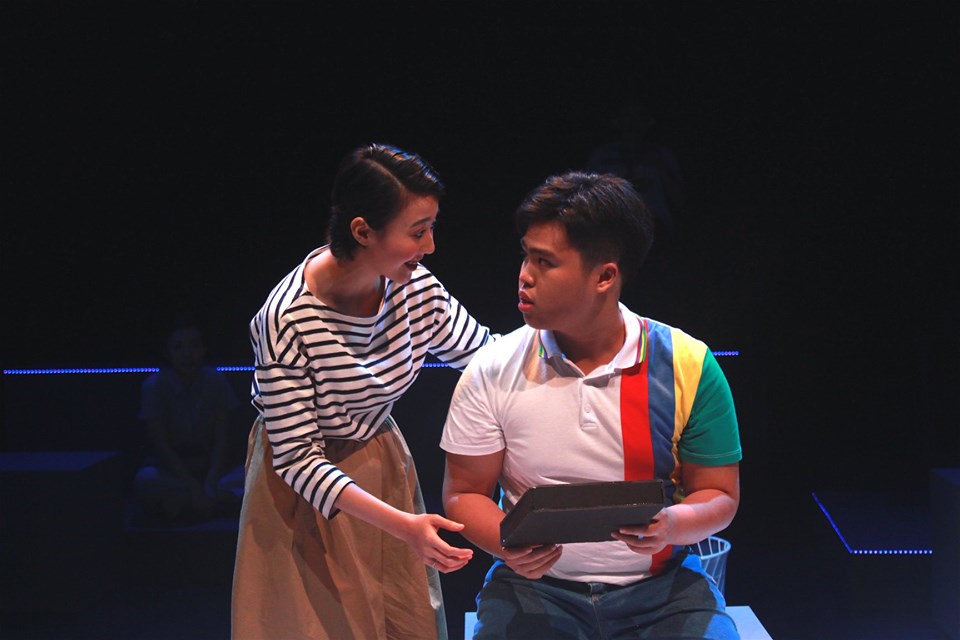 While the foundations and plot are certainly there, with an interesting enough story, strong structure and framework that makes it easy to follow, Random Access Memory still requires a little more tightening and emphasis to fully bring out its message of how one can never look at memories in isolation or without context to understand their importance. The relationship between RAM and GIG is intriguing but requires further development to really feel the potential impact of their decisions and their longstanding history with each other, while the dead boy’s backstory might be better fleshed out, dialogue-wise, to bring a stronger emotional edge to the play. The actors, while certainly trying their best, also lack the technical mastery to fully bring out the potential in Mark’s script, particularly with the flat performances of the dead boy’s flashbacks that make it difficult to understand his importance in the rebuilding of the human race and why the system is worrying so much about him, at least from an emotional standpoint. 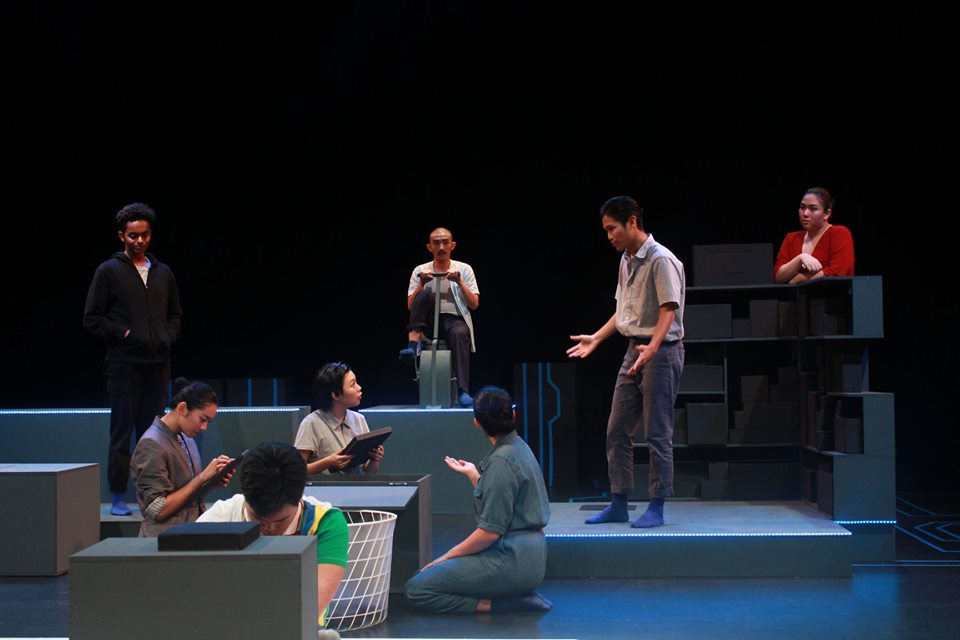 Born from a solid, original idea, Random Access Memory takes the ambitious question of what makes us human, and simplifies and breaks it down into an understandable concept for the lay audience member. While it still requires further workshopping, this is a showcase that is equal parts dramatic and entertaining, and displays the potential to reach greater heights, set in a rich, imaginative world we’re left intrigued by.