Now in its third year, Emergency Stairs’ Southernmost Festival is back! Questioning the role of an arts festival, over the last two editions, Southernmost has proven itself as a fascinating experiment into festival curation and artistry, deliberately going against the grain as it focuses on intercultural work as prominent and emerging traditional and contemporary artists from the region come together.

Says Emergency Stairs’ Artistic Director and curator of Southernmost Liu Xiaoyi: “To me, Southernmost is a very important platform for crossing over, an experimental platform, or even a “school” for me. Different forms of boundary crossings – of different artists, different cultures, different art forms, between different stakeholders in art creation, the boundaries between cities, etc. I hope to open such a window, to let us engage in dialogue, talk to others, respect each other, learn from each other, and most importantly, to discuss the future of cultural and artistic development.”

Says participant Makoto Matsushima on his craft, which involves dance inspired by traditional Japanese martial arts: “I take inspiration from traditional arts in the past and add ballet, modern dance and other techniques to them, but instead of heading to the battlefield, I’m heading to the stage. It’s all about re-thinking performance, and learning how to think out of the box. It’s difficult, but fun!”

Speaking about his thoughts on cross-country collaborations, of which he has been heavily involved in works across both Hong Kong and Japan, Makoto adds: “Collaborations are a way bringing each other’s sensibilities to the table and deepening an idea together, producing new views and better understanding each other. My own approach is a kind of ‘jamming session’ with each new idea with my collaborator, with no end goal in mind. The real goal is to live in every moment, ‘expanding our horizons’ every day, every moment, and so on.”

On the relevance of her craft in today’s day and age, participant Shen Yili, a top Kunqu performer, says: “We must dispel the outward perception of Kunqu being outdated, and instead, find the deeper meaning behind it. To bring that out, I like using experiments in art and theatre to figure out how to best bring out the core emotions in each piece to better connect with my audiences. As for how new generations can learn to appreciate it, I see art as a living inheritance. The expression of traditional expression and the emotional experiences of contemporary people should be integrated into the internal and external diplomacy. Traditional art that cannot be infused with fresh blood is lifeless.”

Responding to her interpretation of this year’s production title of ‘Journey to a Dream’, Yili comments: “I think that “dreaming all the way” is a beautiful diary of real life. First of all, we must pray that this dream is a good dream. Every time you wake up, you will be motivated and encouraged. You will expect the dream to come true.”

Much like last year’s Journey to Nowhere, which we described as “a call to action for artists to collaborate and chart bold new paths together, its own form a demonstration of the possibilities intercultural exchange offers to imbue the arts scene with new dynamism and ideas”, the cornerstone of Southernmost 2019 will be a final production held from 8th to 10th November. Titled Journey to a Dream, the work will be a collaboration between all 9 featured artists, as co-directed by Liu Xiaoyi and Danny Yung.

Liu adds: “I created Journey to the South the year before, and then Journey to Nowhere last year. I think these titles reflect my current state and thinking. The stage is about dialogue and the struggle between reality and illusion. The theatre is about discussion and exploration of the status quo and the future. I want to use Journey to a Dream to think about the artist’s dream, the politician’s dream, the intellectual’s dream, the revolutionary’s dream. What is the difference between these dreams? Are these dreams a beautiful dream or a nightmare?”

In the lead-up to this year’s festival, Emergency Stairs, and participating artists for Southernmost will be featured in a series of international exchange festivals across the region. Singapore is the 2nd stop this year, with other stops planned for Hong Kong, Shanghai and more, ending with the International Collaboration 2019 in Bali, Jakarta and Yogyakarta. The entire process began with Danny Yung’s One Table Two Chairs exchange, taking inspiration from Chinese opera’s standardised set design, where different arrangements of the same furniture onstage would represent a milieu of scenes and settings. Today, the format has evolved into an experimental platform adopted by artists to engage in cross-disciplinary and cross-cultural dialogue.

Liu adds: “The exchanges on the stage included artists from different art forms working together towards a creation. But I think the communication offstage is more important. Throughout the year, people from different cultural backgrounds gather to rehearse, teach, show, create, chat, eat, rest…between them, our team and our audience. There are a lot of meaningful dialogue and discussions. These seemingly simple conversations continue to impact us every day, and we are constantly rethinking our original position and future development.”

Says Southernmost Festival co-Director Danny Yung: “I frequently feel that the stage embodies the potential of discovering and challenging the boundaries of theatre, and the world that lay beyond such boundaries; at the same time, understanding and managing the way of thinking and guidelines beyond theatre itself. Those who are concerned about culture would have the same sentiment, creating is about triggering development of culture, including that of the greater cultural environment and policies.”

“The ‘culture’ we discuss here has evolved beyond ‘small culture’ to a ‘big culture’. Small culture is classification of the arts with quantifiable characteristics, and it has become part of the financial budget, promoted as part of education, seen as a service to society or touted as a national branding,” he continues. “Localised small culture programming tends to be regarded as simply cultural management and operation. How do we now bring it beyond the financial budget, beyond promotion as part of education, beyond a service to society or as a national branding; so as to venture into the global big culture, to contemplate and reflect upon, to speculate and look forward to.”

Unlike typical arts festivals, Southernmost differentiates itself not by having a slew of public performances, but rather, focusing on the sharing of artistic processes with the audience, with open rehearsals, workshops, and masterclasses leading up to Journey to a Dream. Highlights of this year’s programme include an Open Forum featuring Singapore’s most prominent artists, arts managers, arts educators, academics and policy makers, along with a 2-day Physical Masterclass by the Southernmost artists, imbuing participants with an intensive cross-cultural and cross-disciplinary physical workshop. 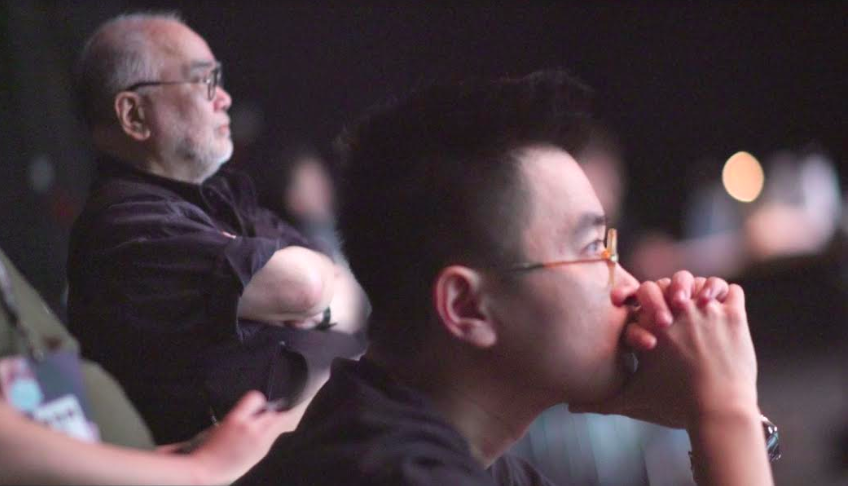 Producer Jo Lim adds: “Instead of a diverse offering, Southernmost’s programmes are inter-related and they build up towards the production and the Open Forum. You can come for the production but you get so much more if you also attend the open rehearsals, the screening of the earlier productions and more. That is why we make the festival pass more affordable this year.”

Southernmost Festival 2019 runs from 5th to 12th November 2019 at Centre 42. Tickets and festival passes available from APACTix. For the full programme lineup, visit their website here