Anniversaries are almost always cause for celebration, and the milestone 30th year of the Singapore International Film Festival (SGIFF) no different. Alongside local director Anthony Chen’s new film Wet Season opening the festival to much fanfare, the SGIFF also commissioned three of the most exciting regional directors to create three new short films, which made their world premiere on opening night itself.

The three short films – Not A Time To Celebrate, Incantation, and Something Old, New, Borrowed, Blue – were crafted by Thai director Anucha Boonyawatana (Malila: The Farewell Flower, The Blue Hour), local director Yeo Siew Hua (A Land Imagined) and Indonesian director Mouly Surya (Marlina the Murderer in Four Acts, Fiksi) respectively. Rather curiously, while each director was given free rein to create a film on any subject, all three somehow ended up weaving in the idea of rituals into their films, with each work representing a different ritual acting as the core. 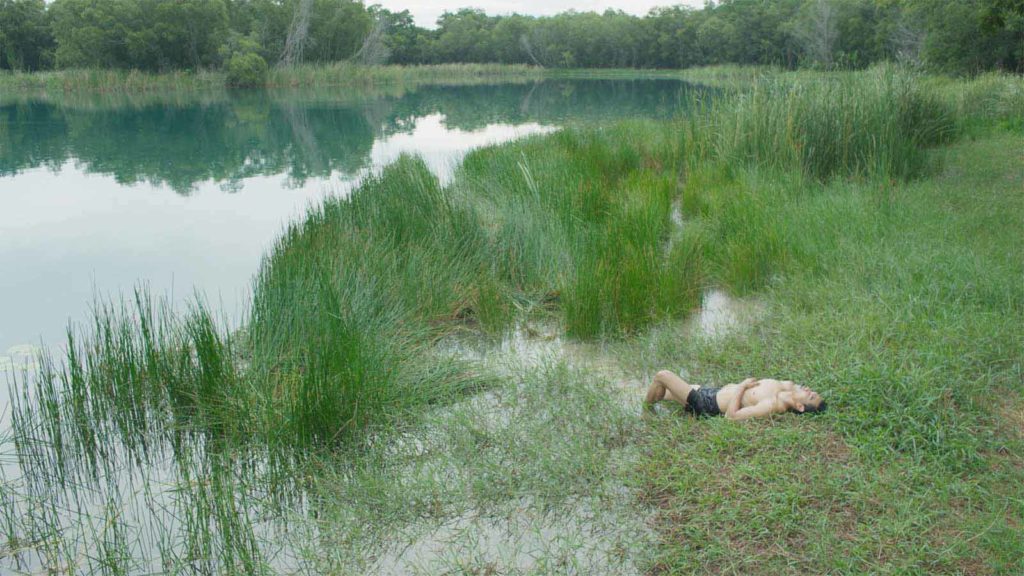 In Anucha’s Not A Time To Celebrate, for example, we follow a film crew who has just wrapped a shot for her new film, but instead of being happy, there is an uncertainty in the air as the team remains unsure just how the film will fare from here on out. At the behest of her producer, she partakes in a traditional garland-scattering ritual to ward off bad luck, before driving off, her expression imperceptible. Says director Anucha: “I took the opportunity SGIFF gave me with this commission and decided to do something a little more relaxing from my usual. There’s a bit more freedom to do whatever I want, and to experiment with techniques or narratives you might not have the confidence or opportunity to on a feature length. It’s a chance to try something else, because it’s not like your entire career will be dependent on it.”

Anucha talks about how she took inspiration from a Thai actress she knows who did that same ritual, which she found incredibly dramatic and thus created a short film around it. For this film, in fact, the dialogue between the crew felt impressively realistic. The secret? Anucha filmed her actual crew for the film, with the director played by one of Thailand’s up and coming new directors. “My cast, who were also my crew in real life, are all playing versions of themselves, so maybe that’s why the dialogue felt so natural,” Anucha explains. “I wanted to capture the feeling of creating an independent film in Southeast Asia, and wanted to show how uncertain it all was, and how it’s not like you have the luxury of a big budget, and you have a lot hanging on the film, with many of your team members having to serve multiple roles at the same time.” 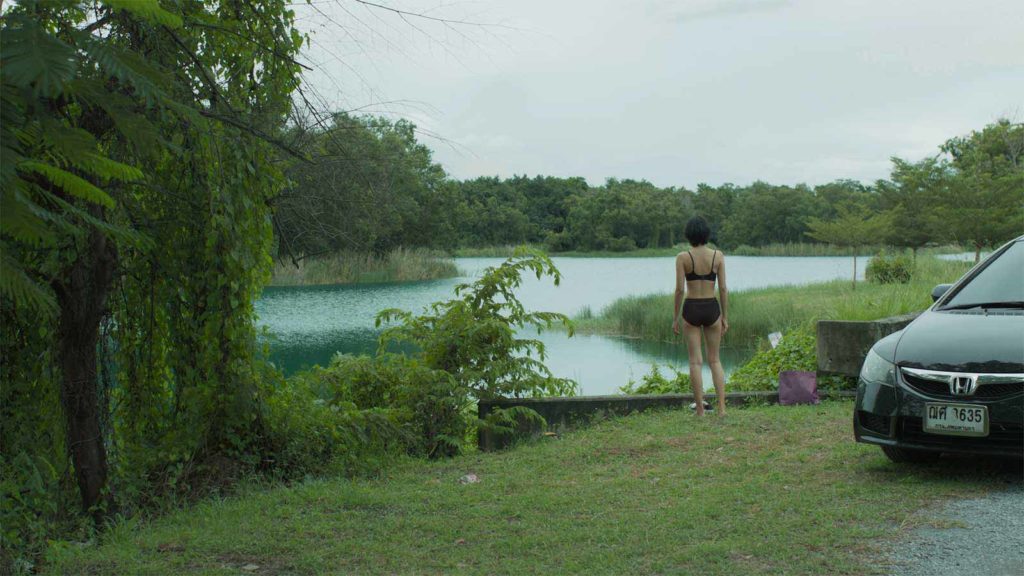 Anucha is currently working on her next feature film, surrounding the topic of human trafficking in Thailand, with no set release date just yet. “My films are really just a collection of my own human experiences and observations, arranged into a film and put onscreen” she says.

“Releasing a film, there’s that feeling of exposing yourself to the public, and you don’t know what the result will be,” Anucha adds. “You do your best, but there’s so many factors you can’t control. You can never tell how good a film is going to be, and even after editing. One day I might see it and think oh it’s great, but the next day I’ll think it’s awful. With this film, I’ve never had the chance to do something comedic before, and I felt so relieved when I heard the audience laugh.” 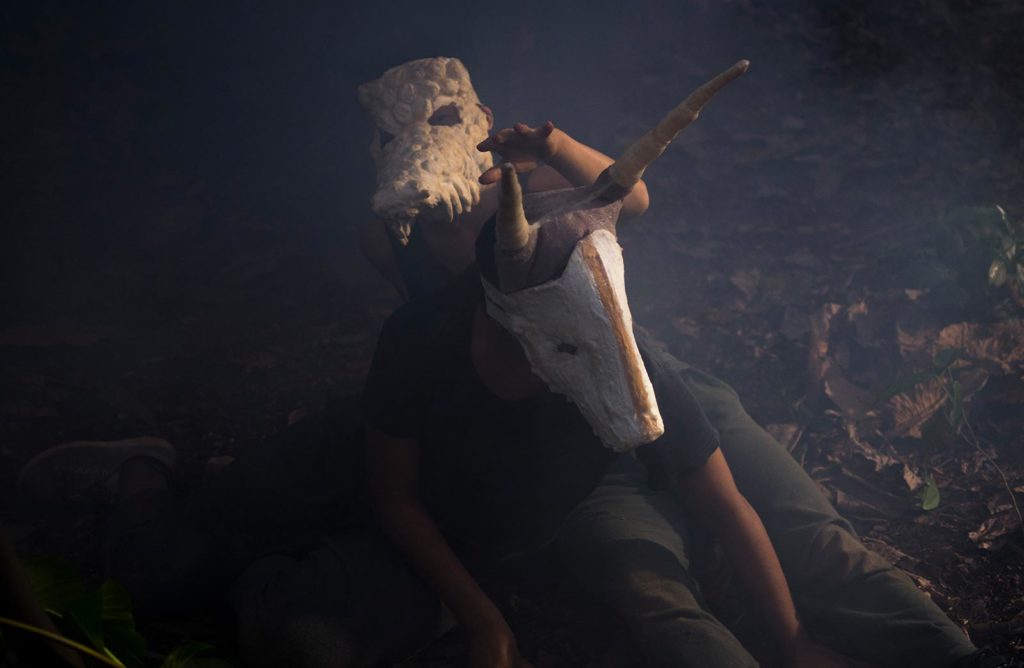 In Yeo Siew Hua’s Incantation, the writer/director of Golden Leopard and Golden Horse Award-winning film A Land Imagined continues his surrealistic streak, as we watch two figures clad in animal masks engage in a mysterious, haunting dance with each other in a forest. We do not know why they are doing this, only that they are primal, animalistic. It ends with one of them eventually collapsing, and they stare out at a burning effigy.

And for Mouly Surya’s Something Old, New, Borrowed, Blue, as she puts it herself, it’s quite literally a wedding video. At just 4 minutes long, there is a lot that Mouly manages to squeeze into the film, as we watch a traditional wedding procession take place (filming was done in the city of Bogor). It’s colourful, festive, and we hear the sound of guests outside celebrating, but our eyes turn instead to the conversation between the bride and her mother. As they get ready in her bedroom, mother and daughter share a conversation about the realities of marriage, before the bride exits and readies herself to begin her new life as a married woman.

“I initially wanted to do a film about a funeral,” says Mouly. “But it ended up being much more complicated than we thought, so we did a wedding instead. Actress Christine Hakim suggested to go above and beyond just a Javanese wedding, and introduced me to the concept of Batawi traditions instead, and I took some inspiration from that.”

The last time Mouly did a short film was back in her student days, with all her films being feature length since then, including her stints as assistant director on various other features. “Doing a short film has been really relaxing,” she explains. “As a filmmaker, my goal is really to observe the humanity in people all around us, and bring out all the little things and expose the minute but important character traits, and put those feelings onscreen.”

Best known for her feature film Marlina the Murderer in Four Acts, Mouly has been labelled as a director who puts female characters front and centre, often featuring strong, independent women as her protagonists. This short film is no different, with explicit mention about how the bride actually earns more than her prospective husband, something she hopes to keep a secret from him so as not to upset the marriage. “When I read the synopsis of the film the festival had written for me, they mentioned the concept of gender roles, and I went oh, I didn’t even know I was doing that subconsciously!” Mouly laughs.

“I do have a lot of thoughts about it though,” she adds. “I think that we have very entrenched stereotypes, right from the moment we tell kids that they can only play with pink toys or blue toys based on their gender, which affects the way they see the world as they grow up. It’s a challenge, and especially so in Indonesia, which is still a very patriarchal society.”

While no concrete plans have been made for any of the short films to travel following the festival, Mouly expresses the need for more opportunities for these screenings and exposure, with SGIFF being one of the few festivals that makes special provision to showcase these films. “I do think short films are very important,” she concludes, “not so much for established filmmakers like Anucha and I, but for newer filmmakers and new voices to be given the platform to showcase their work and be seen. Hopefully, more of such opportunities eventually come up in future.”