If you grew up in Singapore, then you’d probably know that of all the currencies viewed as most important to getting ahead in life, the most valuable one is education. But in spite of having a world class education system available to all citizens, there are plenty of other factors that gives some students an unfair advantage over others, from a stable home environment to money that can be used to pay for tuition lessons. Anything to get ahead in the rat race can and will be used to their fullest extent. 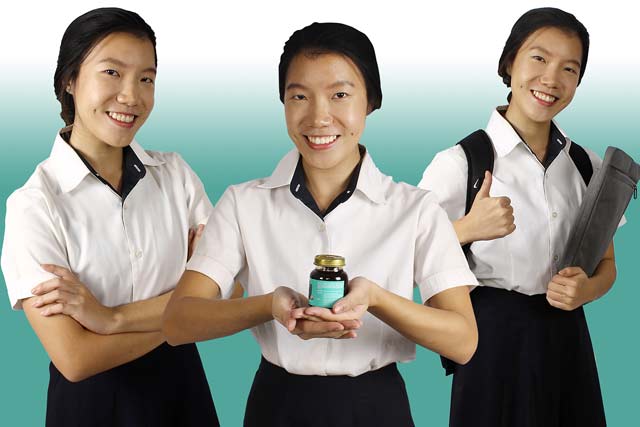 Enter The Shadow Curriculum, a new work from Jelaine Ng Sha-Men playing as part of the 2020 M1 Singapore Fringe Festival’s Fresh Fringe programme, highlighting new artists and works-in-progress. In this piece, Ng will take on the role of Alice Soo – a student and daughter of Alan Soo – a popular Peak Performance Speaker known for his motivational workshops aimed to transform terrible students into successes. 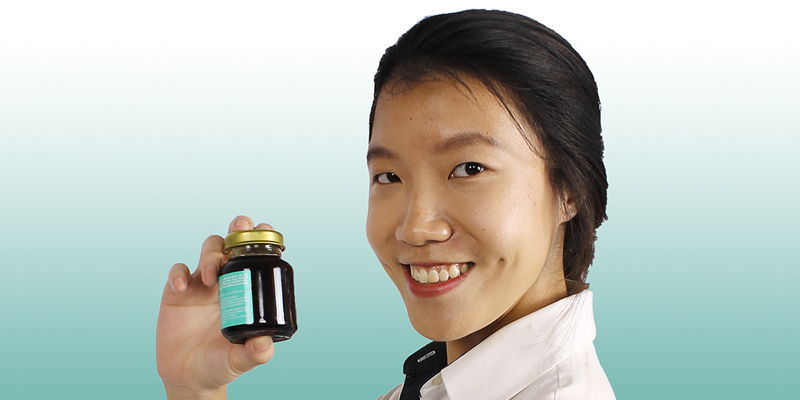 As a not-so-subtle reference to other motivational speakers in Singapore (such as Adam Khoo), Alice will be treating the session as her very own coaching session, speaking from experience as a top O-level student and beneficiary of the programme as she shares her expertise with struggling students and how they too can achieve success. The catch? You’ll probably need quite a lot of money to afford the private institutions, expensive tuition, and parental connections to get ahead in life. 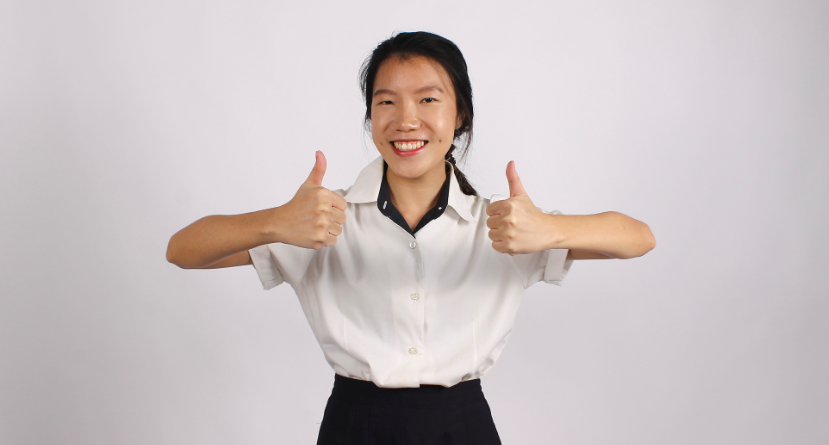 Starting out as a 15-minute individual project while she was still a student at Lasalle back in 2017, this new version has since been expanded into a 45-minute piece, as directed by Jeramy Lim. While the initial version positioned her as a 28-year old professional motivational speaker, the 2020 edition instead making her a student and school alumnus to make her a more intriguing figure. “Someone suggested that it’s visually and situationally more interesting to position her as such, because I’d be playing someone still wearing a uniform, yet has this confidence about her where she sincerely believes she has the skills and methodologies to help her juniors to succeed,” says Jelaine. “It’s quite crazy to imagine how her mind can be so manipulative, and it makes you question if she’s someone already capable of conducting such a class, then what about people older and even more experienced than her?”

The topic itself was devised as a result of Jelaine’s own interest in the education system. Over the years, as a drama educator herself, Jelaine noticed and observed how her students and her fellow teachers behaved and spoke to each other, and decided to incorporate some of these interactions into her own artistry. “From my own experience, I was originally from St Margaret’s primary and secondary schools, before I went to Pioneer Junior College,” she adds. “It was quite interesting to feel that shift in environment, where I came from schools that were mostly privileged students, to one where there was a much stronger range of backgrounds students came from, you I really started to see and feel the difference in tensions and social fears.” 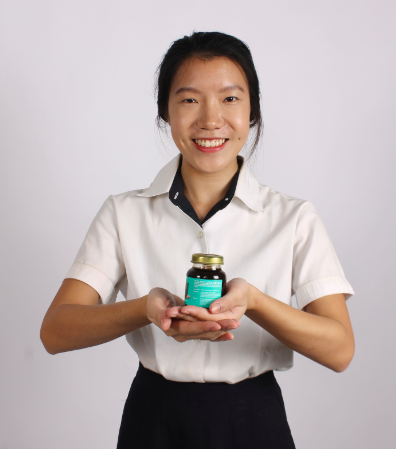 Both Jelaine and director Jeramy have their own memories of external vendors coming in to school to deliver speech classes or tips to succeed. Says Jeramy: “The form of The Shadow Curriculum mimics these seminars and workshops, and part of the process was about understanding these formats and techniques these trainers used to affect people, and expose that. As audiences watch it, they’ll be more aware of how there’s an intentional, weird undertone to these workshops and seminars, which also relates back to the word ‘shadow’ in the title.” 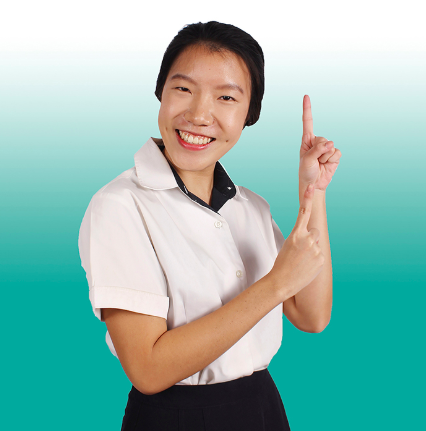 “But the show isn’t so much about calling out the ‘brainwashing’ technique such companies use, more about how staging it would make audience members question our measures of success instead,” he continues. “Alice is successful in life, but rarely ever feels good enough, and there’s this constant pressure placed on her that leaves her unsatisfied with her results no matter what. We bring up certain values that schools like to promote, from sincerity to truth, and how it is our society ends up measuring these. It’s not a parody, because Alice sincerely believes in the methods and tips she is promoting, and really is attempting to sell it to her juniors during the show.” 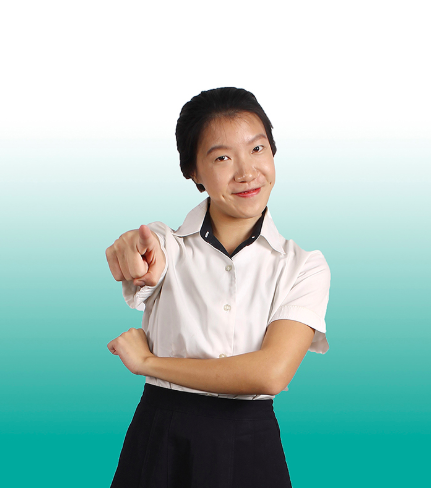 “There’s a couple of people I ended up basing Alice on, such as certain students I’d observe while I was teaching. Sometimes they’d do or say something, and I’d think to myself ‘that’s so Alice!'” says Jelaine. “I also observed quite a few motivational speakers and pastors, and the methods and techniques they’d use in their speech, how they’d make people interact with each other and put them in that headspace. You can expect a bit of audience interaction in my performance, and even the seating we have will be used to facilitate a different environment.” 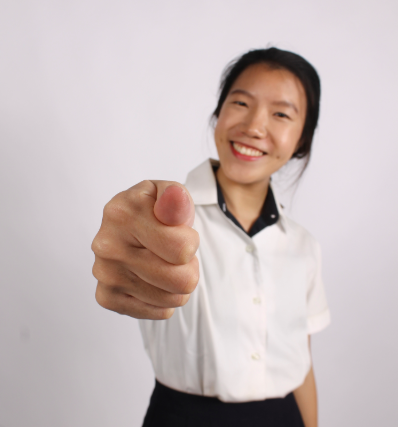 “I remember how in secondary school, there were these workshops where some ladies would come in and teach you how to present or carry yourself when preparing for university or interviews,” she continues. “And when I talked to some of my friends from other schools, they’d be surprised and tell me they never ever had that. That made me realise how some schools really did have certain advantages over another, and those that don’t end up losing out. The base curriculum is purely in terms of studies and getting good grades, but there’s so much more hidden between the lines if you want to go far in life.” 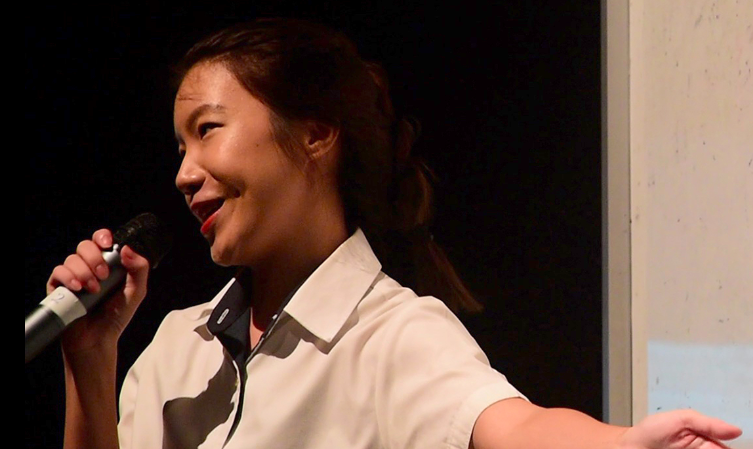 “While Alice does genuinely believe in her and her father’s methods, and wants to help everyone, she eventually does get confused and frustrated why it doesn’t work for everyone, because she finally realises that it’s a technique that not everyone can benefit from,” Jelaine adds. “She starts to see that not everyone can realistically enjoy the same advantages that she has that has led to her success, and we think a lot about how there are people who can say they failed and get upset, but have the opportunity to succeed again, while there are others who, at a certain point in their life, once they miss that chance, will find it incredibly difficult to claw their way up the social ladder again.” 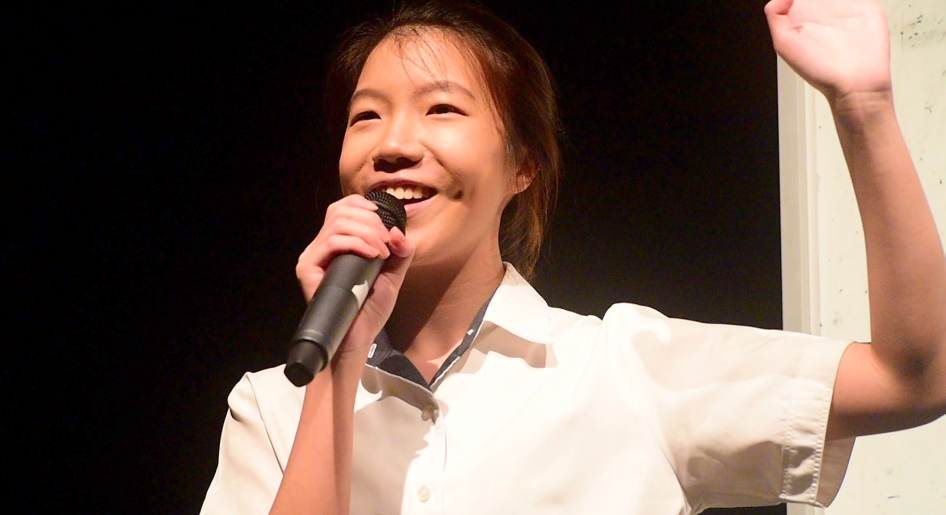 On a side note, both Jelaine and Jeramy actually belong to brand new collective The Assembly Point, which made their debut last December with original play Affections. As to why they decided not to present The Shadow Curriculum under the collective, Jelaine explains: “Between the four of us in the collective, we agreed that this is still very much a solo work, and to respect that each of us had our own individual projects as actors and interests we wanted to pursue outside of the collective. The collective was formed because we wanted to make works we produced as a team, as opposed to being a platform for each of us to show works as individuals, and we wanted to keep it that way, at least for now.” 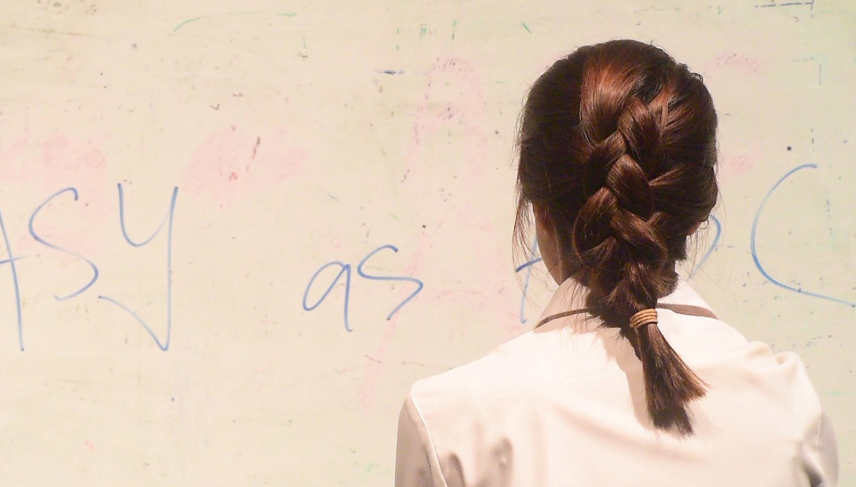 As a work-in-progress, Jelaine does hope that there’ll be an opportunity to restage it at some point in the future, as a fuller, more complete piece. “At first, we thought that it was more or less complete as it was for now, but after an open rehearsal we had, we realised that there was still so much to explore,” Jelaine explains. “We got a lot of useful feedback, and I think I’d like to see how we can continue to sharpen and tighten it as a one-woman show, or even consider expanding it into a drama, and introduce more characters into the piece at some point.”

Jelaine concludes: “For myself, one of the goals of The Shadow Curriculum was to make people more aware of their privilege and what they had. I don’t need people to completely change their attitude, but just be more aware of when they’re talking to certain people, whether friends or colleagues, that some people are just given a lot more opportunity to succeed in life than others, and that we should be much more careful when we say things like ‘oh I failed, my life is over now’, and understand how that same test may not be the defining factor to one’s life for another person, and that we can carve our own definitions of success and failure.”

The Shadow Curriculum plays on 11th January 2020 at the Esplanade Rehearsal Studio as part of the 2020 M1 Singapore Fringe Festival. Tickets available from SISTIC