How closely tied is heritage to place? Local playwrights Kuo Pao Kun and Alfian Sa’at explored this concept of space and identity in their works Kopitiam and Anak Bulan di Kampong Wa’ Hassan respectively, wondering about how beyond the physical, what else would be lost in our relentless move towards national development and progress. Is it really worth it to leave everything behind as we strive to reach the future?

For local theatre practitioner Oliver Chong, both these texts form the basis of his new work Contemplating Kopitiam and Kampong Wa’Hassan, premiering this January as part of the 2020 M1 Singapore Fringe Festival. Directed by Chong, the performance will feature nine BA (Hons) Theatre Arts students from Nanyang Academy of Fine Arts, and not only feature choice extracts from both plays, but also verbatim interview answers from these students as they share their own thoughts on what it means to be Singaporean today. 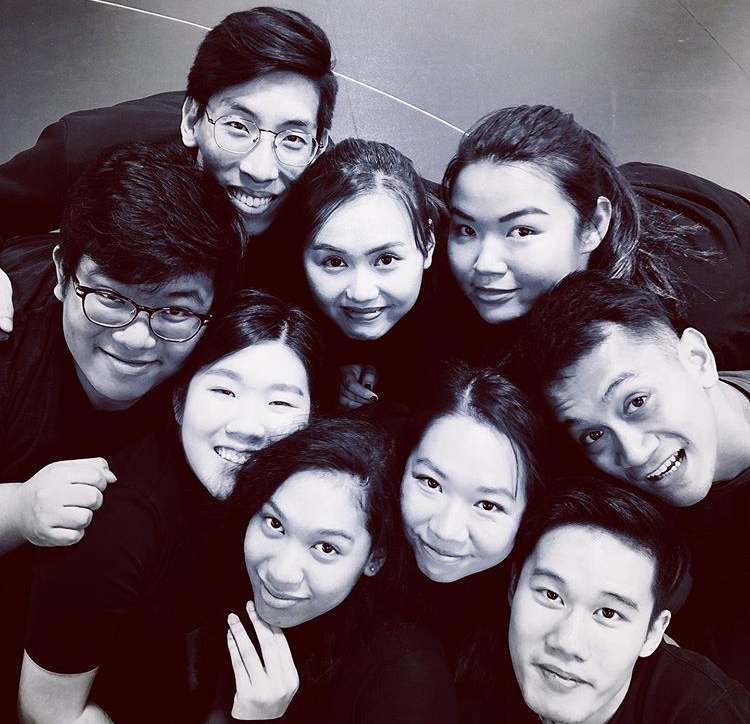 “The idea started back in February 2019, where I already had the idea to combine written text and verbatim text into a single play,” says Oliver. “Initially, the idea was to showcase four plays in English, Mandarin, Malay and Tamil, but there was some difficulty in finding a Tamil script, so we decided to just showcase a Mandarin and Malay script.” 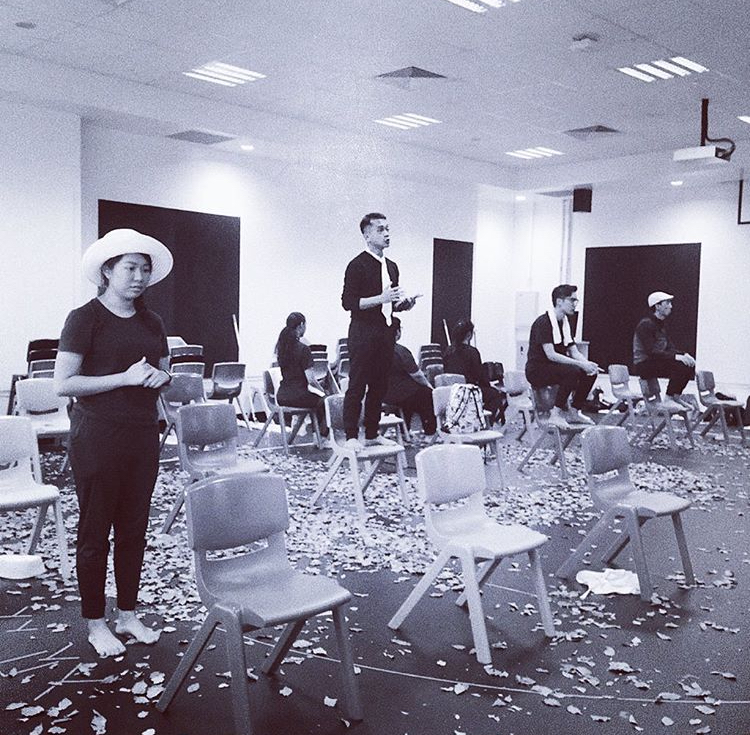 “Even beyond the lack of a Tamil script though, I also didn’t know the profile of the students I’d be working with, and was hoping for a good diversity represented,” Oliver adds. “But in the end, everyone except one was Singaporean, and there were only two Malay students and one Malay-Chinese student. I was a bit worried about staging Kampong Wa’Hassan, especially when this was right after the wake of the brownface incident, so I met Alfian in person to make sure he wouldn’t get offended if we proceeded and to get advice on how best to stage it. He gave us his blessings in the end, and we could continue production with a clear conscience.” 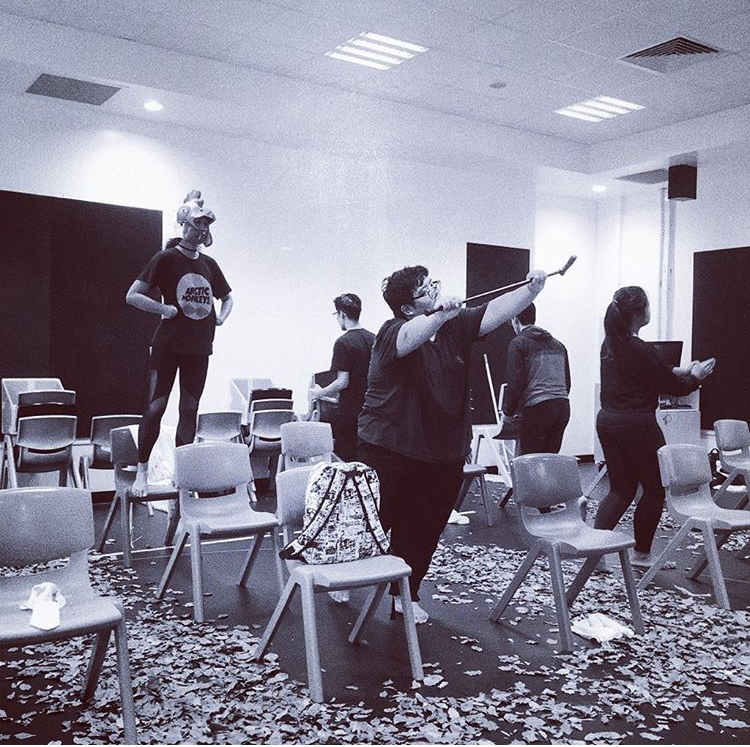 The key moments of the show however, come about when the original texts are juxtaposed alongside the student responses, showcasing a spectrum of views from across the generations on how they view Singapore and its progress. “The voices of the students was particularly interesting for me,” says Oliver. “You see Pao Kun from the Pioneer Generation, Alfian from the Post-Merdeka Generation, and now, these students from the ‘fruit’ generation.”

The fruit generation? “They actually told me they didn’t know what the strawberry generation was, and thought I was referring to the durian generation – thorny and hard on the outside but soft and vulnerable on the inside. So I decided it would be easier to just refer to them as the ‘fruit’ generation from now on,” Oliver explains. 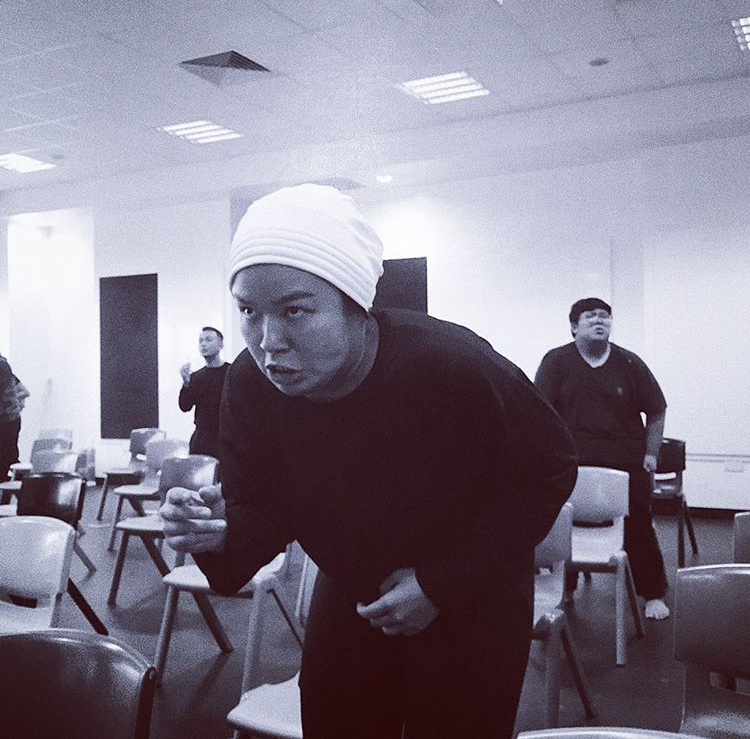 While initially wanting the students to go out on the streets to interview passers-by and strangers, the idea was ultimately scrapped due to time and logistical limitations, not to mention, how rehearsal time with the students was already strained enough as it was. Says Oliver: “The questions I ended up asking were along the lines of how they viewed Singapore, from how they would tell a brief history of Singapore to someone who knows nothing of the country, to changes they liked or disliked about Singapore, to their definition of ‘Home’, to asking about their aspirations for Singapore.” 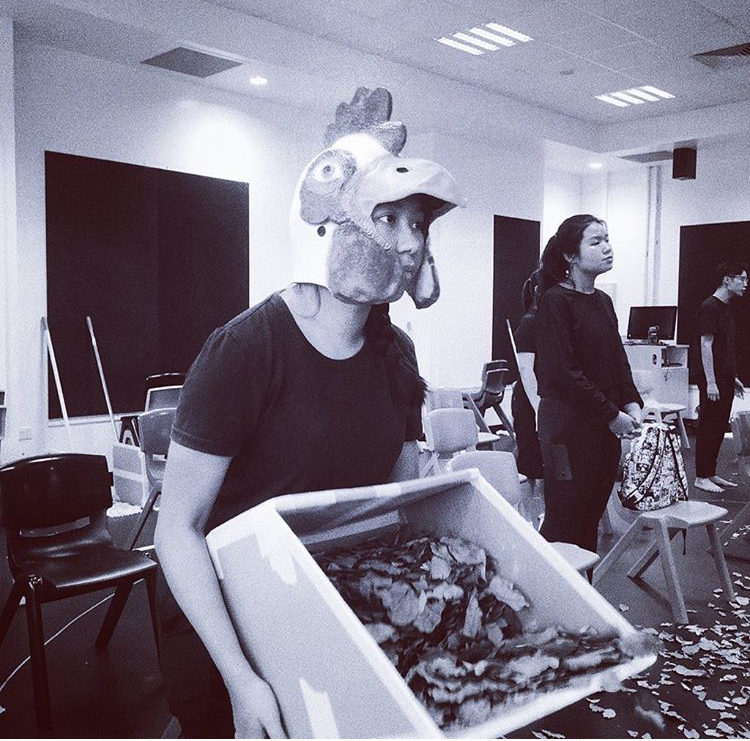 What got Oliver interested is how he was surprised by how many conflicting statements he received from the students, where many expressed both a nostalgia for the past while also acknowledging the benefits progress brought with it. “One of them told me they remember growing up in the old HDB flats, when there weren’t lifts on every floor and there was still that sense of a ‘kampung spirits’ and neighbours knew each other. Yet, he appreciates how the lift upgrades eventually did make things a lot more convenient,” says Oliver. “A lot of them didn’t understand why the older generation continues to harp about the past. In Kopitiam, a lot of the students actually found the grandfather character very unlikable, and they just couldn’t understand where he was coming from, and why he tried so hard to hold on to the past.” 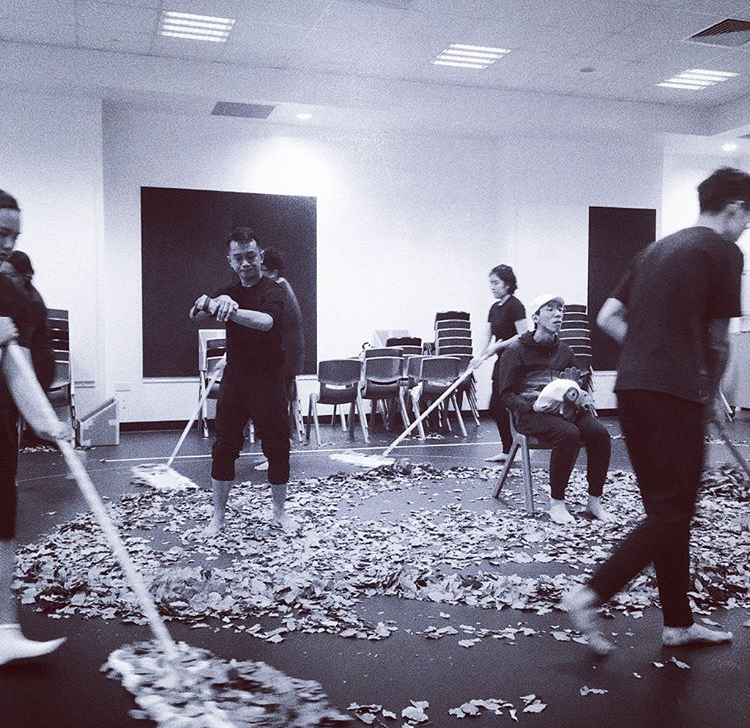 “I guess the big overarching idea for this show is the struggle between perpetuity and progress. I personally prefer perpetuity, and for a long time, I’ve struggled with fully embracing things like social media,” says Oliver. “But one day, Helmi from the Business Times told me I came across as a very private person, because I never saw myself that way, and assumed that either my works would say enough about me, or just that I don’t need to tell the world about myself all the time on social media. I guess visibility became increasingly important as technology developed, and so, that’s why I started putting more of my process and work on Facebook and Instagram these days.” 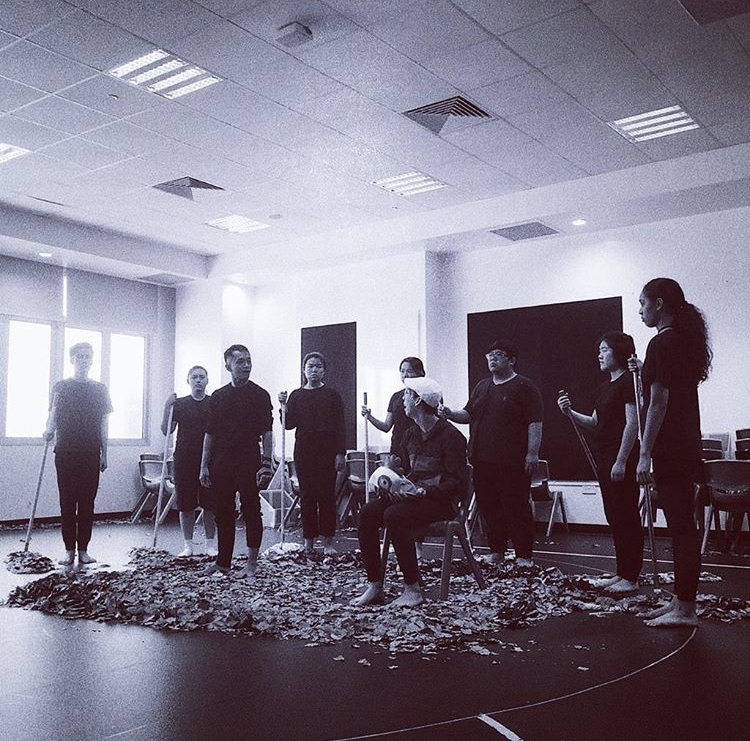 Returning back to the idea of physical space being linked to identity and heritage, Oliver has long been interested in such issues, with works such as Citizen Pig (The Finger Players) and the soon to come Citizen X all dealing with them in some form. “Young people these days perceive the world differently because everything is so fleeting, and often housed in the virtual world,” he says. “But for my generation, we believe so strongly in the tangible things, and still have a desire to see the buildings and environments we grew up in. We have a strong sense of loss when we see buildings torn down.” 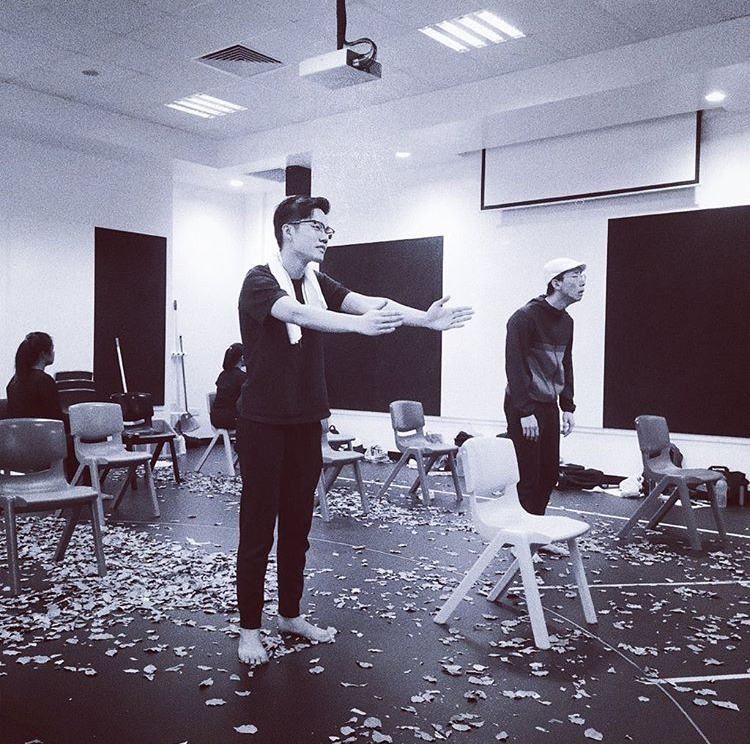 “We still have kopitiams of course, and the government has been making the move to capitalise on our street food culture and manage to save the hawker centres as a result,” he continues. “But things really are changing so quickly. In the olden days, it was virtually unthinkable to move to a different country because it was so expensive, and almost like you were abandoning your home. These days, the younger generation have so much more mobility, and it’s easy to travel back and forth between most countries even if you’re based elsewhere. It’s two eras that are in conflict with each other; you want progress, but you also want to hold on to the past and preserve it.” 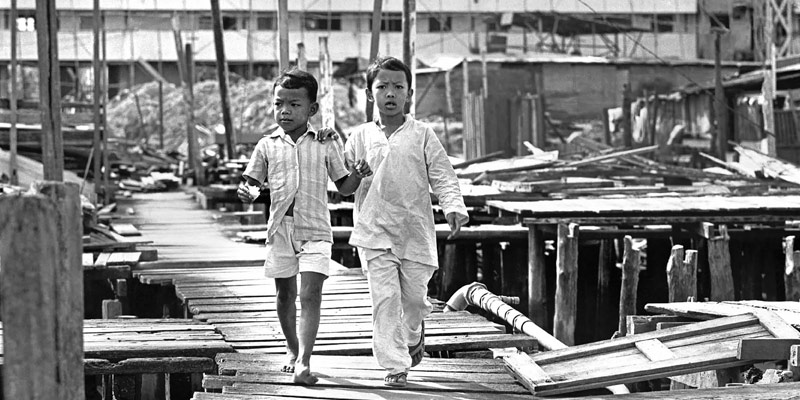 Oliver sighs and cites the idea of natural selection and how brutal it is. “We improve and evolve by way of survival of the fittest, and it’s really the idea that if you can’t catch up, please die so you don’t hold the rest of civilisation back,” says Oliver. “But then I think, is it so easy when those people you need to leave behind are those closest to you? My late father wasn’t highly educated and couldn’t really understand English, and was often struggling to adapt to the rapidly changing world. I watched him go through all this, and I thought to myself, ‘just give him a break lah, what do you want them to do?’ Maybe one day we really just need to slow down slightly, and find ways to help the people who can’t keep up, and pull them along, rather than leave them in the past.”

Contemplating Kopitiam and Kampong Wa’Hassan runs from 9th to 12th January 2020 at the NAFA Studio Theatre as part of the 2020 M1 Singapore Fringe Festival. Tickets available from SISTIC